The Qurlutuq Complex is a unit of migmatitic rocks defined by Simard et al. (2013) in the Kuujjuaq and Ungava Bay area. It has been extended southward in the Saffray Lake (Lafrance et al., 2014) and Jeannin Lake (Charette et al., 2016) areas,and to the SE in the Henrietta Lake and Brisson Lake areas (Lafrance et al., 2015, 2016). Following division of the Southeastern Churchill Province into lithotectonic domains as part of a synthesis (Lafrance et al., 2018), the definition of the Qurlutuq Complex has been revised to include only those migmatites located within the Baleine Lithotectonic Domain (Lafrance et al., in preparation). In the George and Falcoz lithotectonic domains, similar migmatitic rocks were assigned to the Guesnier and Fougeraye complexes, respectively. The Qurlutuq Complex used to have three informal units defined by Simard et al. (2013). Since the last two units were located exclusively in the George or Falcoz domains, they were reassigned to units mentioned above based on their location. 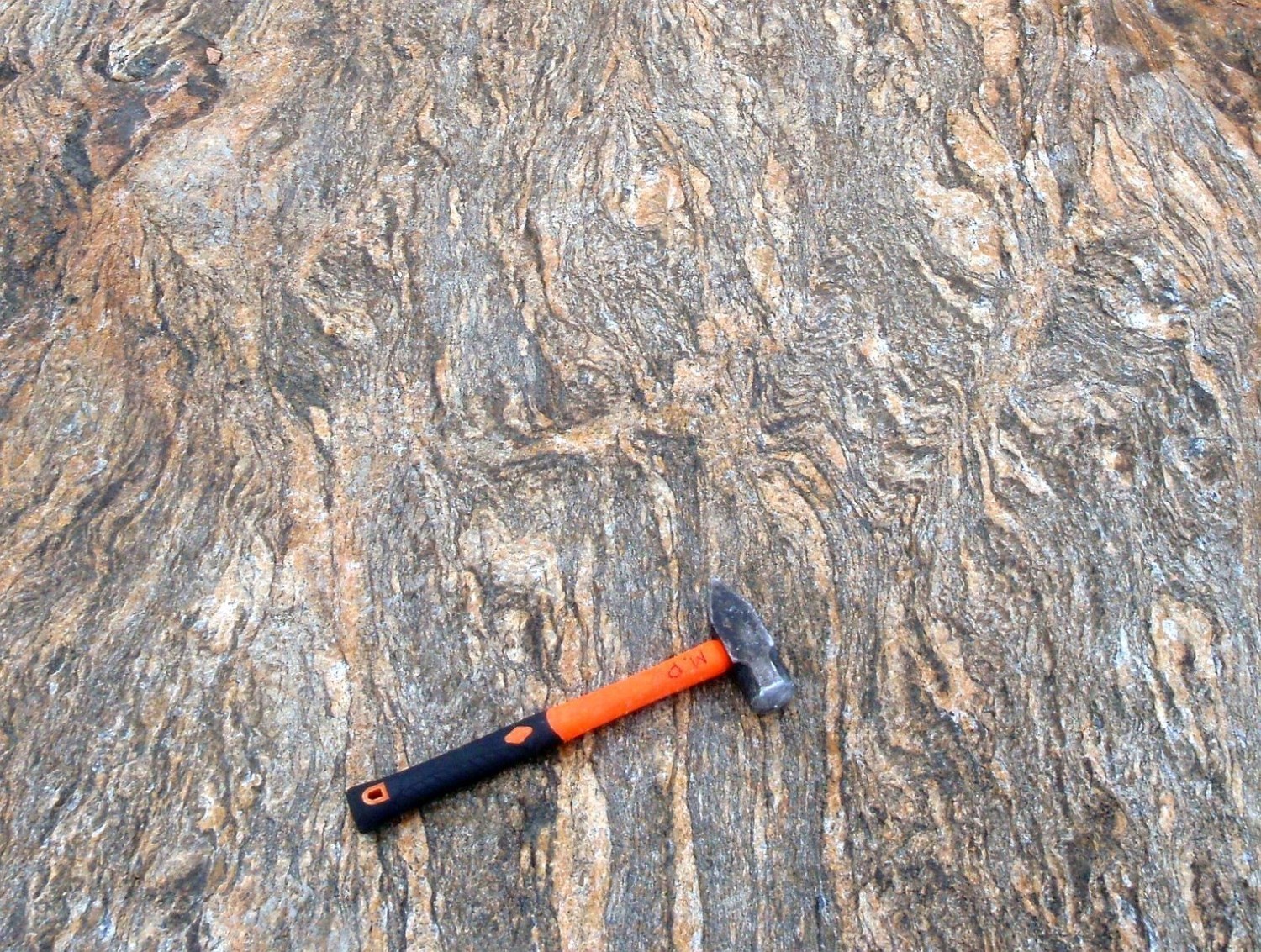 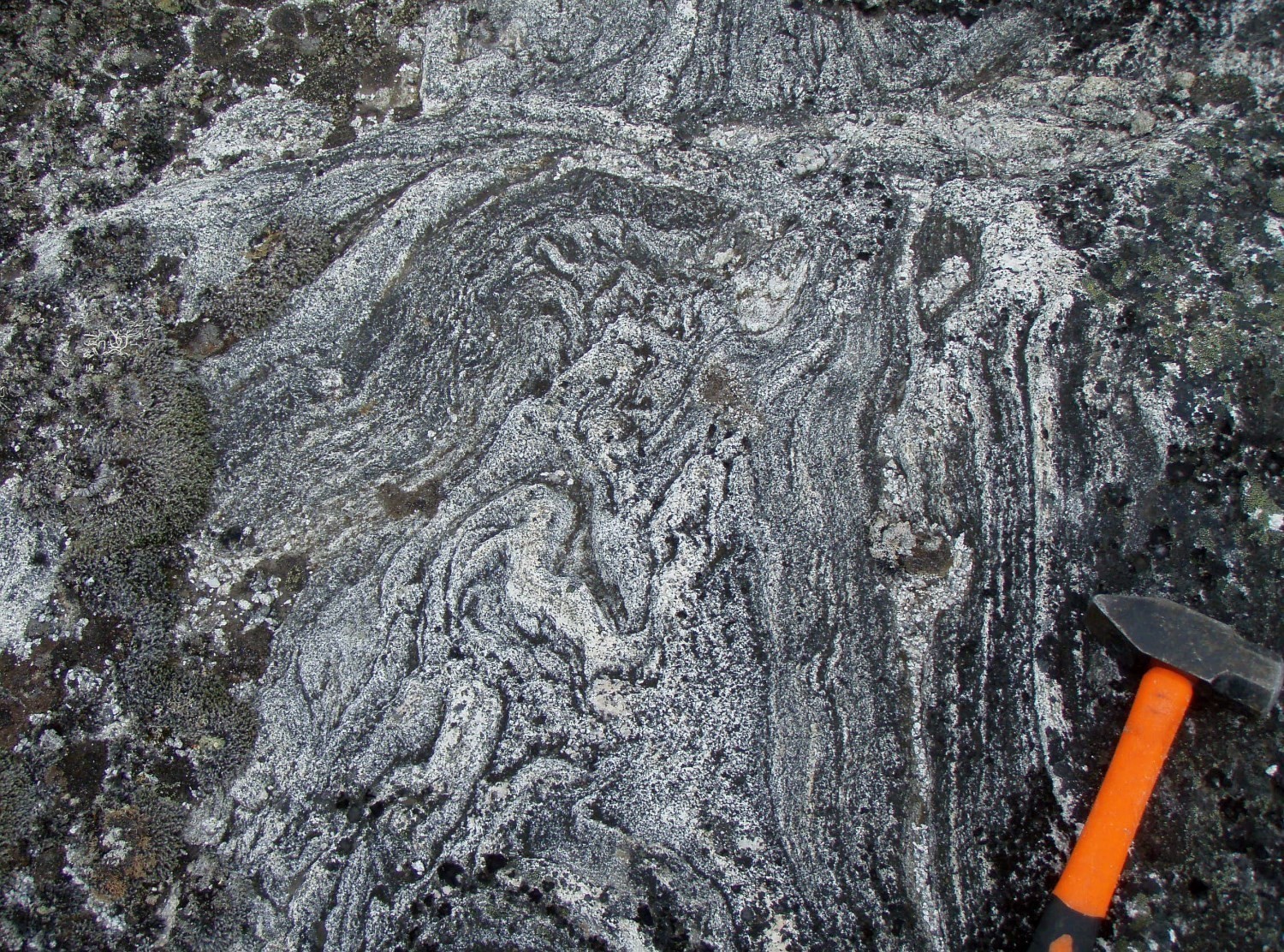 Qurlutuq Complex migmatitic rocks underwent significant partial melting involving the formation of 30-60% leucosome, which is mostly tonalitic, locally granitic, and whitish to light grey or rarely pink. Most of the migmatite layers are represented by stromatic metatexite. It displays a leucosome in the form of leucocratic centimetric bands oriented along foliation, undulating and commonly folded. Locally, there are interconnected layers of leucosome and net textures. Many outcrops contain a higher proportion of leucosome, making it difficult, if not impossible, to identify the protolith, especially when diatexite is present. Raft textures and schlieren are common. 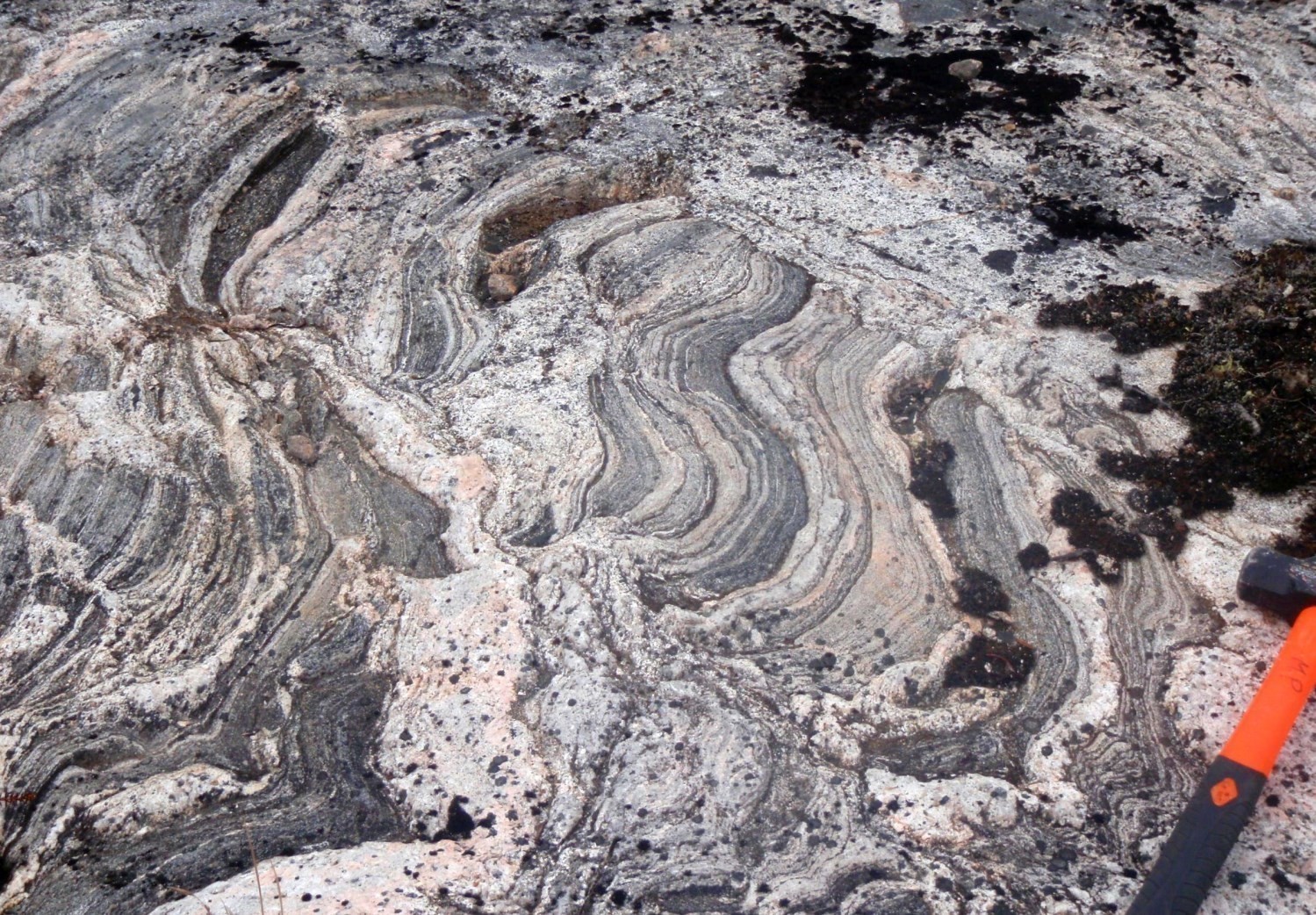 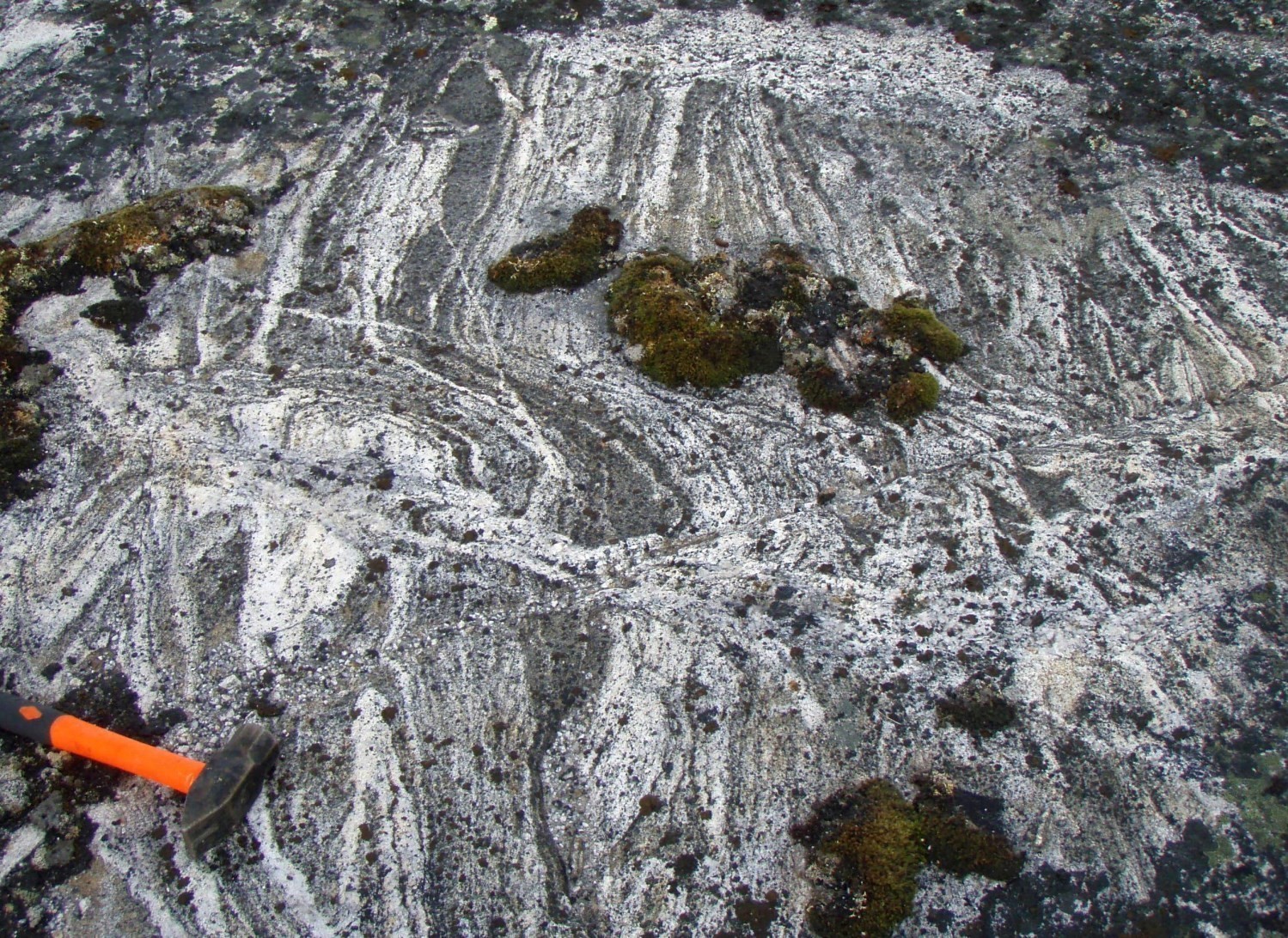 The diatexite contains many decimetre to metre-wide rafts consisting mainly of orthogneiss, similar to those of the Ungava Complex, diorite (Ralleau Suite) and paragneiss (False Suite) in lesser amounts. The neosome contains 5-20% biotite schlieren. In thin sections, grain size is variable and large grains of igneous origin alternate with finely recrystallized clusters or bands. Quartz form large anhedral zones with undulatory extinction (20-40% of the rock), while K-feldspar accounts for up to 30% of the rock. The schlieren also include a significant amount of accessory minerals that are, in order of importance, epidote, sphene, zircon, muscovite, hornblende, opaque minerals, apatite, chlorite, and allanite.

The Qurlutuq Complex covers an area of 1992 km2 in the Baleine Lithotectonic Domain, mainly in the central part of the domain.

Archean ages between 2855 Ma and 2655 Ma (Augland et al., 2015) obtained for a migmatite sample are similar to those of the Ungava Complex gneiss (2843-2651 Ma). This supports the hypothesis that migmatites derive from partial melting of Archean gneiss. Data processing highlighted three modes at 2834 ±6 Ma, 2809 ±7 Ma and 2772 ±9 Ma. Augland et al. (2015) mentions that the best hypothesis is that the migmatite protolith was emplaced around 2834 Ma and then affected by a thermal event at ~2809 Ma. Although a Paleoproterozoic partial melting event (1.9-1.8 Ga) affecting migmatitic rocks of the Qurlutuq Complex cannot be excluded, analytical results indicate that this unit underwent ancient migmatization in the Archean. The Paleoproterozoic age is difficult to specify as it is represented by thin overgrowth that is difficult to analyze (John David, personal communication, 2019).