The Aveneau Suite was defined in the Kuujjuaq and Ungava Bay areas by Simard et al. (2013) to group whitish intrusive rocks similar in appearance to the Qurlutuq Complex migmatite leucosome. The unit was continued southward in the Saffray Lake (Lafrance et al., 2014) and Jeannin Lake (Charette et al., 2016) areas, and SE in the Henrietta Lake and Brisson Lake areas (Lafrance et al., 2015, 2016). As a result the Southeastern Churchill Province (SECP) division into lithotectonic domains (Lafrance et al., 2018), the definition of the Aveneau Suite has been revised to include only outcrops located within the Baleine Lithotectonic Domain (Lafrance et al., in preparation). In the George and Falcoz lithotectonic domains, similar white tonalites and granites were assigned to the Guesnier and Fougeraye complexes respectively. The Aveneau Suite used to have two informal units, and since outcrops of this second unit were located exclusively in the George Domain, they were reassigned to the Guesnier Complex. 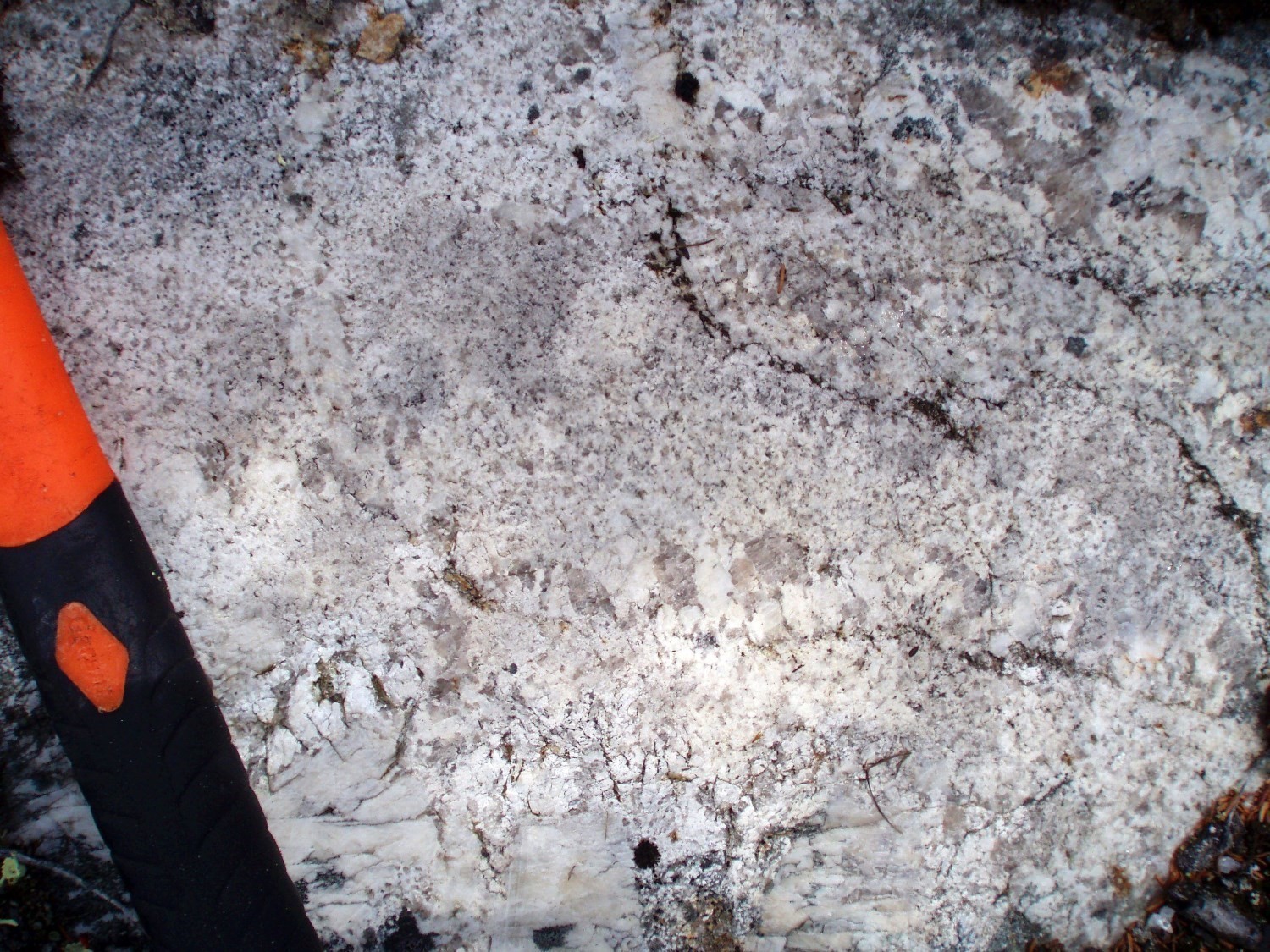 The Aveneau Suite consists of whitish tonalite and granite with significant grain size variation, containing fine to coarse-grained rock piles. These rocks are massive to foliated by the alignment of biotite schlierens. They also contain irregular pegmatite clusters and pockets, decimetric to decametric, in diffuse contact. Ferromagnesian minerals are sparse (1-8%) and consist of brown biotite commonly concentrated in schlierens. Reaction textures on grain contact, as well as antiperthitic and myrmekitic textures are common in thin sections. Quartz is anhedral and displays marked undulatory extinction. Muscovite is ubiquitous (1-5%) and, although not abundant, accessory minerals observed are opaque minerals, sphene, epidote and zircon with, more locally, garnet, sericite and carbonate. 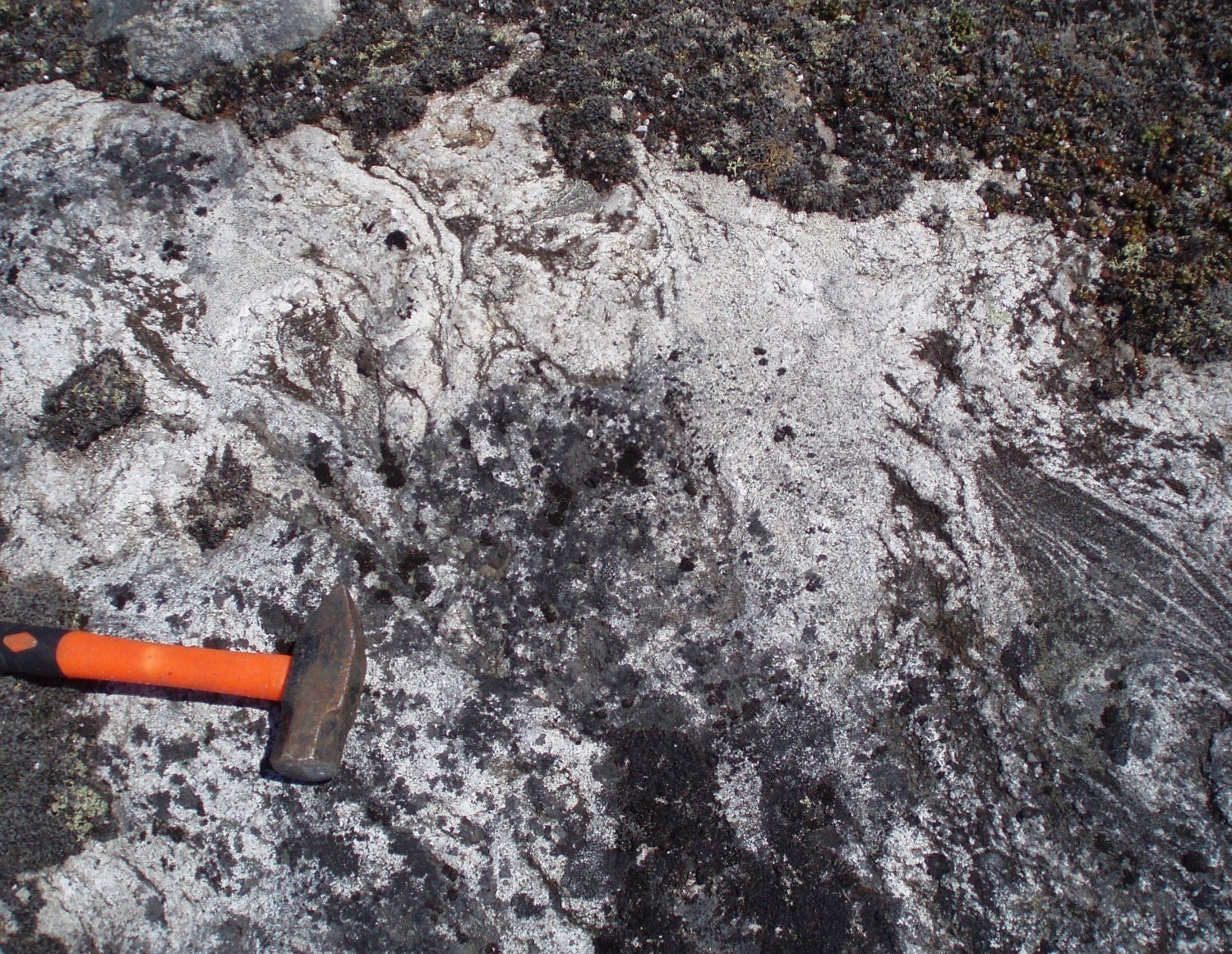 Subunit pPavn1a corresponds to areas where whitish intrusions of the Aveneau Suite are more heterogeneous, mainly due to many partially assimilated enclaves and 10-30% biotite schlierens in the rock. Enclaves are mostly composed of diorite, gneiss (e.g. paragneiss) and migmatite. In these areas where geology is heterogeneous, samples of the suite resemble migmatitic rocks of the Qurlutuq Complex (ApPqur); however, continuous banding is neither observed on outcrops nor in fresh exposure. Biotite schlierens are commonly aligned with foliation.

With an area of ~4486 km2, the Aveneau Suite represents a significant proportion of the Baleine Lithotectonic Domain. The area of unit pPavn1 (3083 km2) is roughly twice that of subunit pPavn1a (1403 km2).

The two crystallization ages of the Aveneau Suite are Paleoproterozoic and contemporaneous to the crystallization period of the Winnie Suite anatectic liquid (1838-1807 Ma) derived from melting of False Suite paragneiss. The dating also gave ancient inherited ages indicating that the Aveneau Suite originated from melting of Archean rocks. The Aveneau Suite has been interpreted as the final melting product of Ungava Complex gneiss (Simard et al., 2013). However, geochronological results from migmatites of the Qurlutuq Complex, which are derived from partial melting of gneiss, do not adequately limit partial melting age to the Paleoproterozoic (Lafrance et al., in preparation).

ID-TIMS analyses of three Proterozoic zircon groups that are representative of a distinct population, with no evidence of Archean nuclei, yielded very precise and consistent results, but have a significant value range of 40 Ma, i.e. between 1832 Ma and 1792 Ma (Davis et al., 2015). According to Davis et al. (2015), tonalite would result from either remobilization of slightly older Proterozoic rocks in association with an Archean component, or from crystallization that has stretched over a long period of time, possibly in the deep crust, during a period of metamorphism. The presence of monazite in one of the samples could also indicate a sedimentary component in the source (Davis et al., 2014). 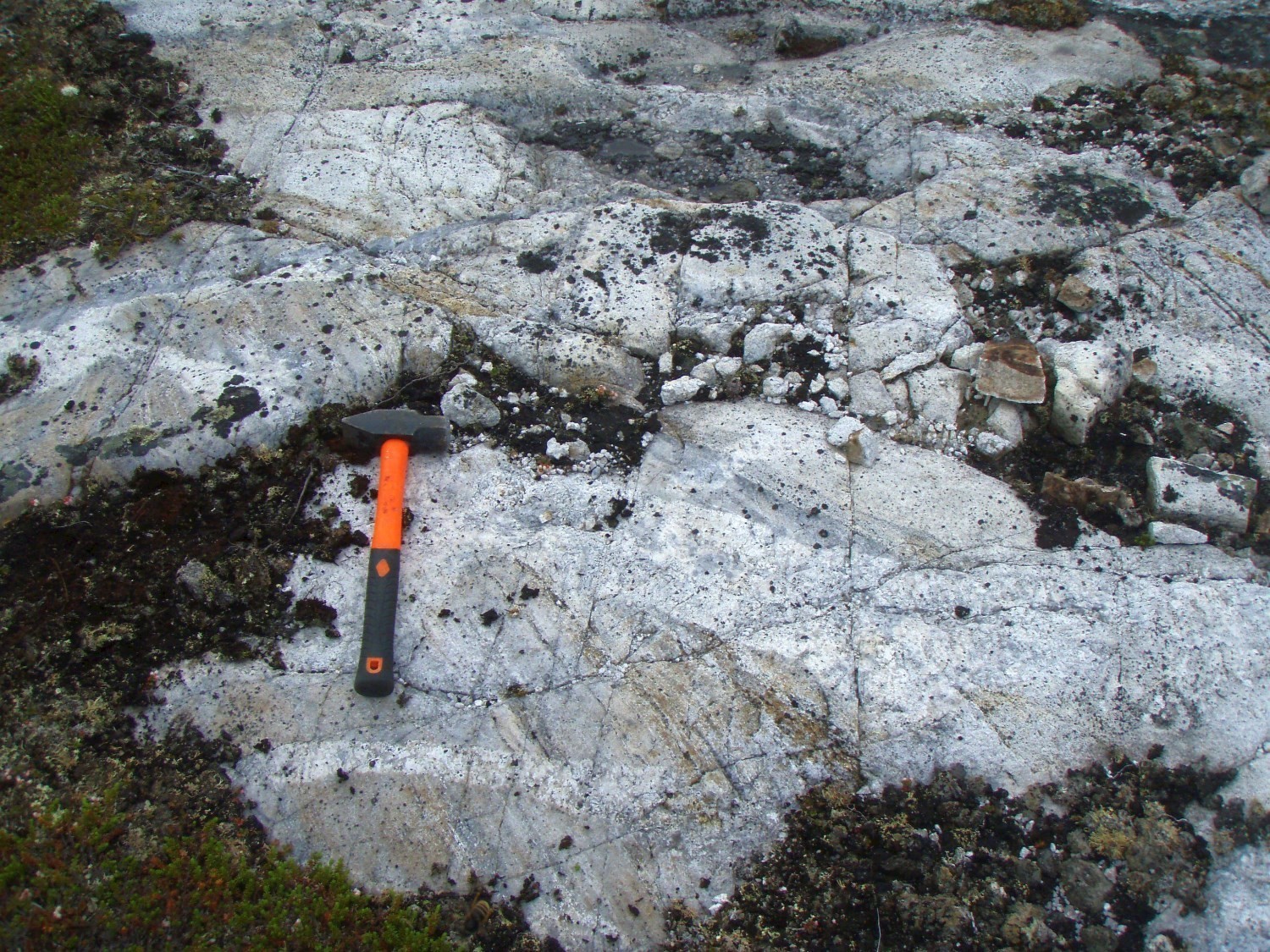 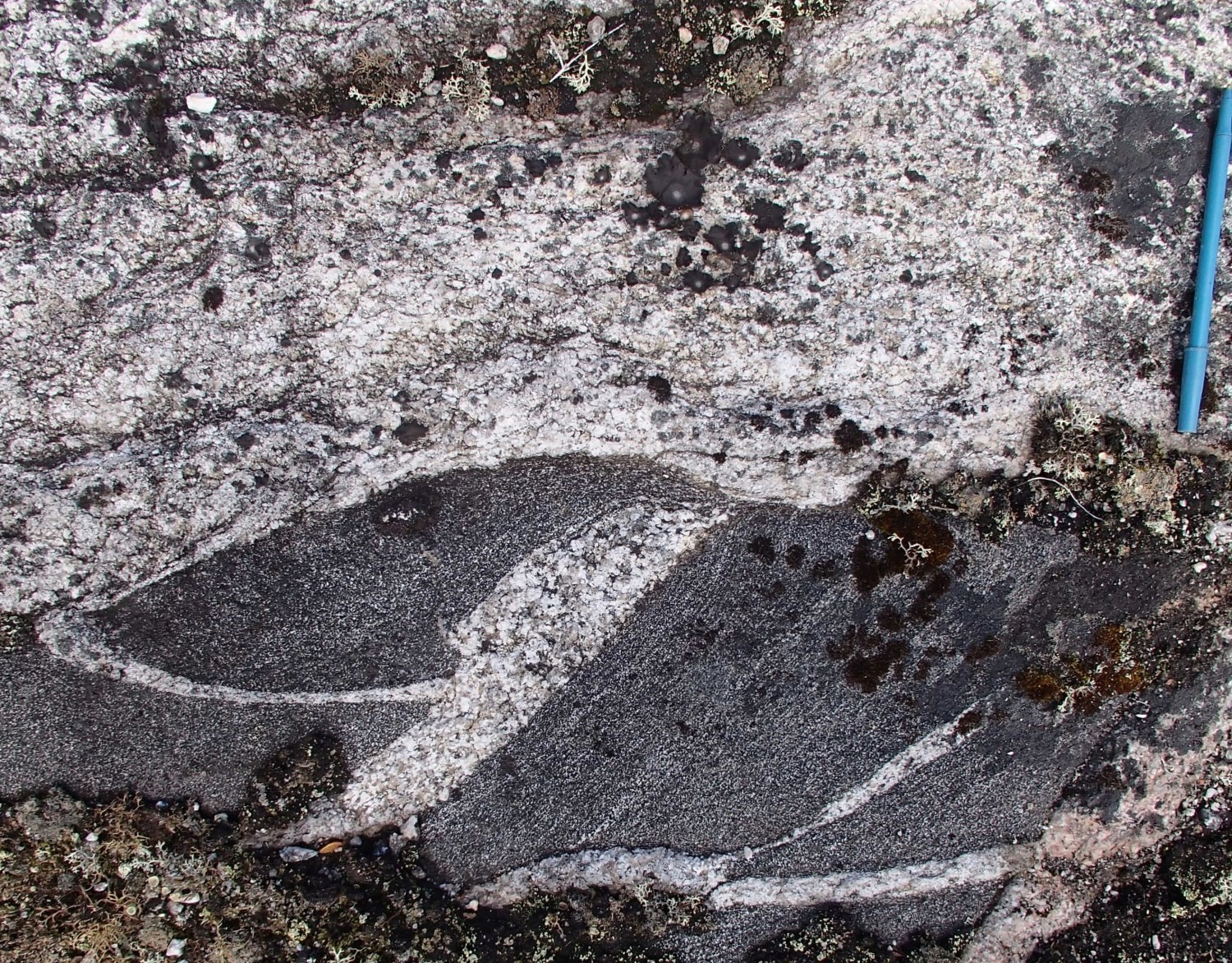