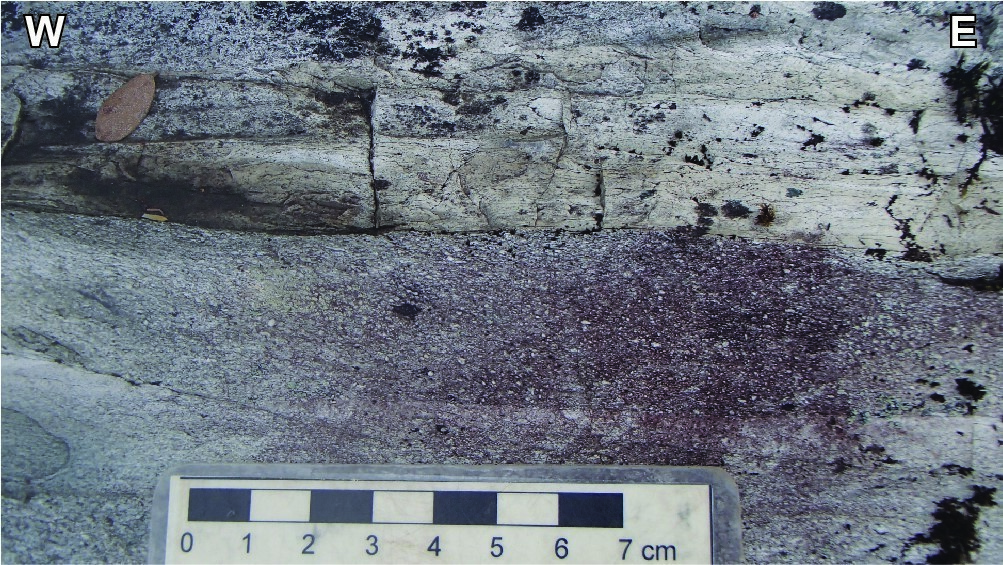 The Bordeleau Formation was first mentioned in Caty’s (1977) report on the eastern half of Richardson Township. Firstly, basal tuff is described (Caty, 1977, 1979). Then, sandstone and turbidites characterizing most of the Bordeleau Formation are compared with those of the Daubrée Formation (Dimroth et al., 1983); these rock units are also the subject of a master’s thesis (Moisan, 1992). 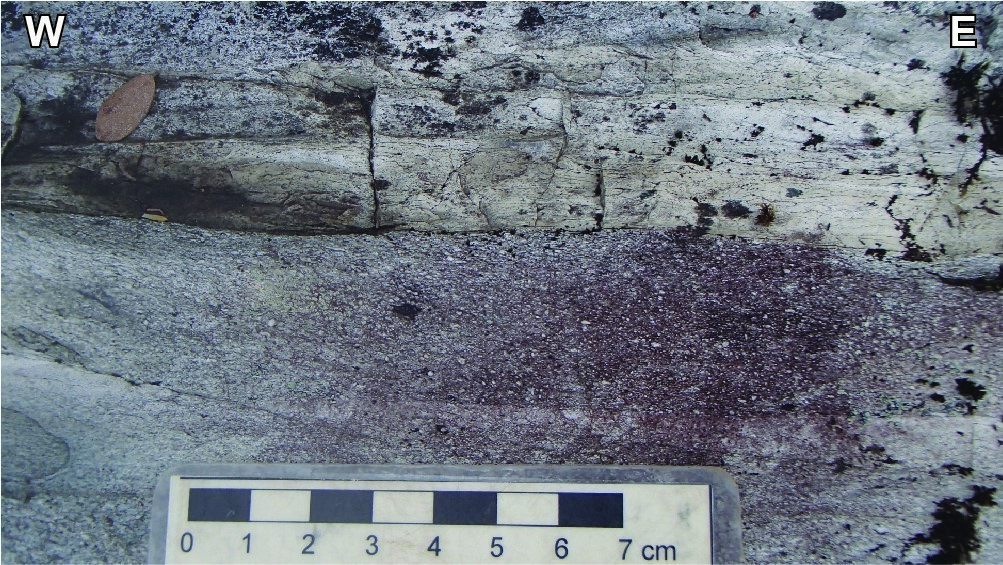 The base of the Bordeleau Formation, east of Waconichi Lake, consists of a unit of fine to medium-grained intermediate tuff interstratified with sedimentary rocks of the Blondeau Formation (Caty, 1979). These volcaniclastic rocks have also been identified on the south shore of Chevrillon Lake, north of the Faribault Shear Zone. The upper portion of the Bordeleau Formation includes feldspathic arenites and turbidites composed of sorted arkose and mudstone (Moisan, 1992).

The Bordeleau Formation outcrops primarily between Chevrillon and Waconichi lakes (NTS sheets 32J01 and 32J02) and follows the axial trace of the Waconichi Syncline. Its centre is limited by the Faribault Shear Zone to the south and by the Winsch Shear Zone to the north (Moisan, 1992). The average thickness of this formation is 1000 m (Daigneault, 1991).