The Merville Pluton was defined by Hammouche et al. (2011) to limit three massive diorite intrusions in the west-central portion of the Merville Lake area (sheet 23P02). Given its characteristics similar to the De Pas Granitic Suite diorite, the Merville Pluton was considered to be part of the latter, as part of the synthesis of the Southeastern Churchill Province (SECP; Lafrance et al., 2018). It takes its name from Merville Lake, on the shore of which it was observed. 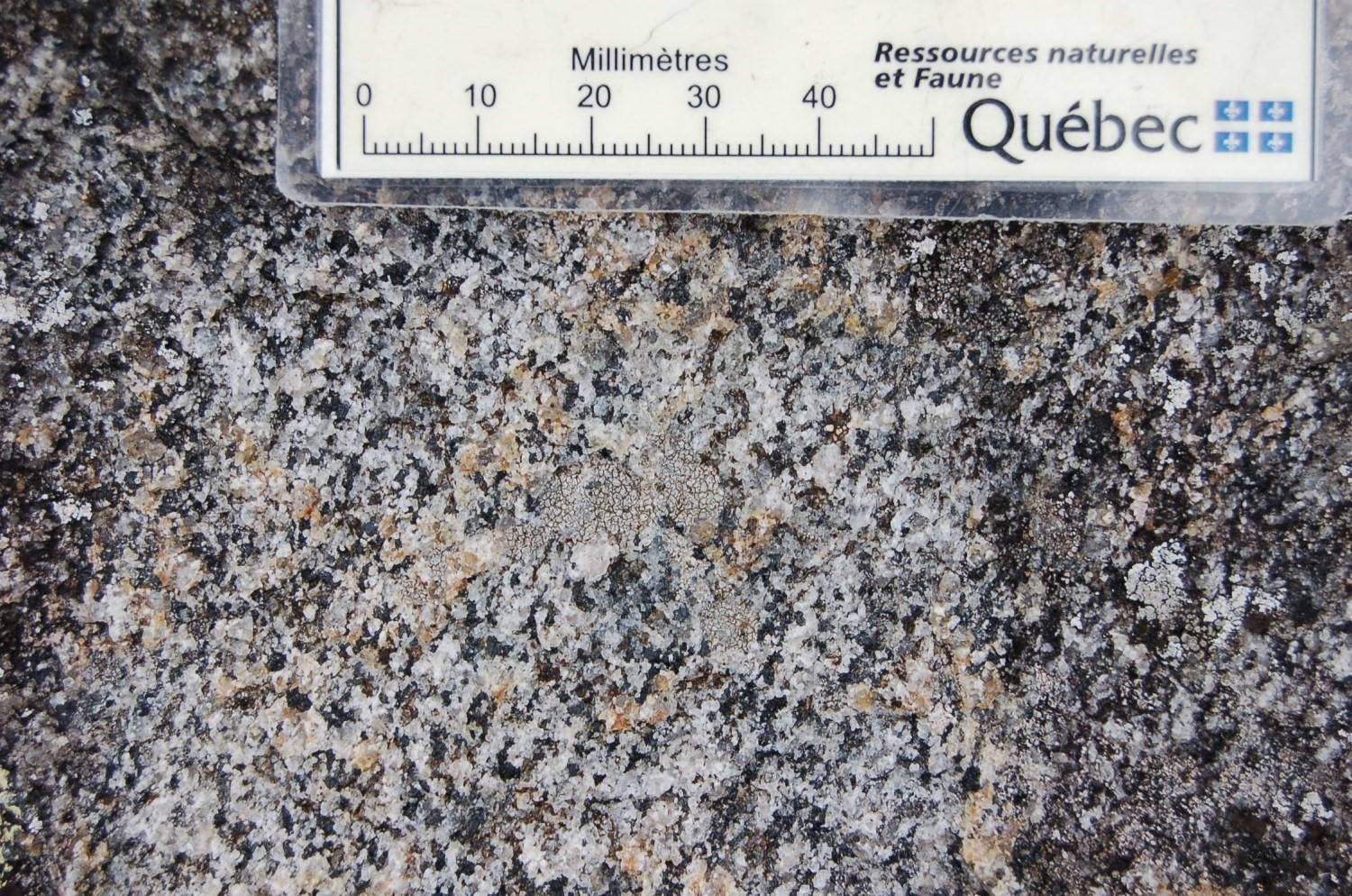 The Merville Pluton consists mainly of diorite and lesser proportions of hypersthene diorite, monzonite and mangerite. These rocks are massive, non-foliated, medium grained, and greyish to greenish grey in fresh exposure. In thin section, diorite is rich in plagioclase, with some quartz (<5%) locally as myrmekite, microcline (5%), biotite (10%) and hornblende (10%). Magnetite (1-3%) and sphene (<1%) are consistently present. Plagioclase is slightly sericitized and some initial alteration is noticeable on biotite and hornblende. 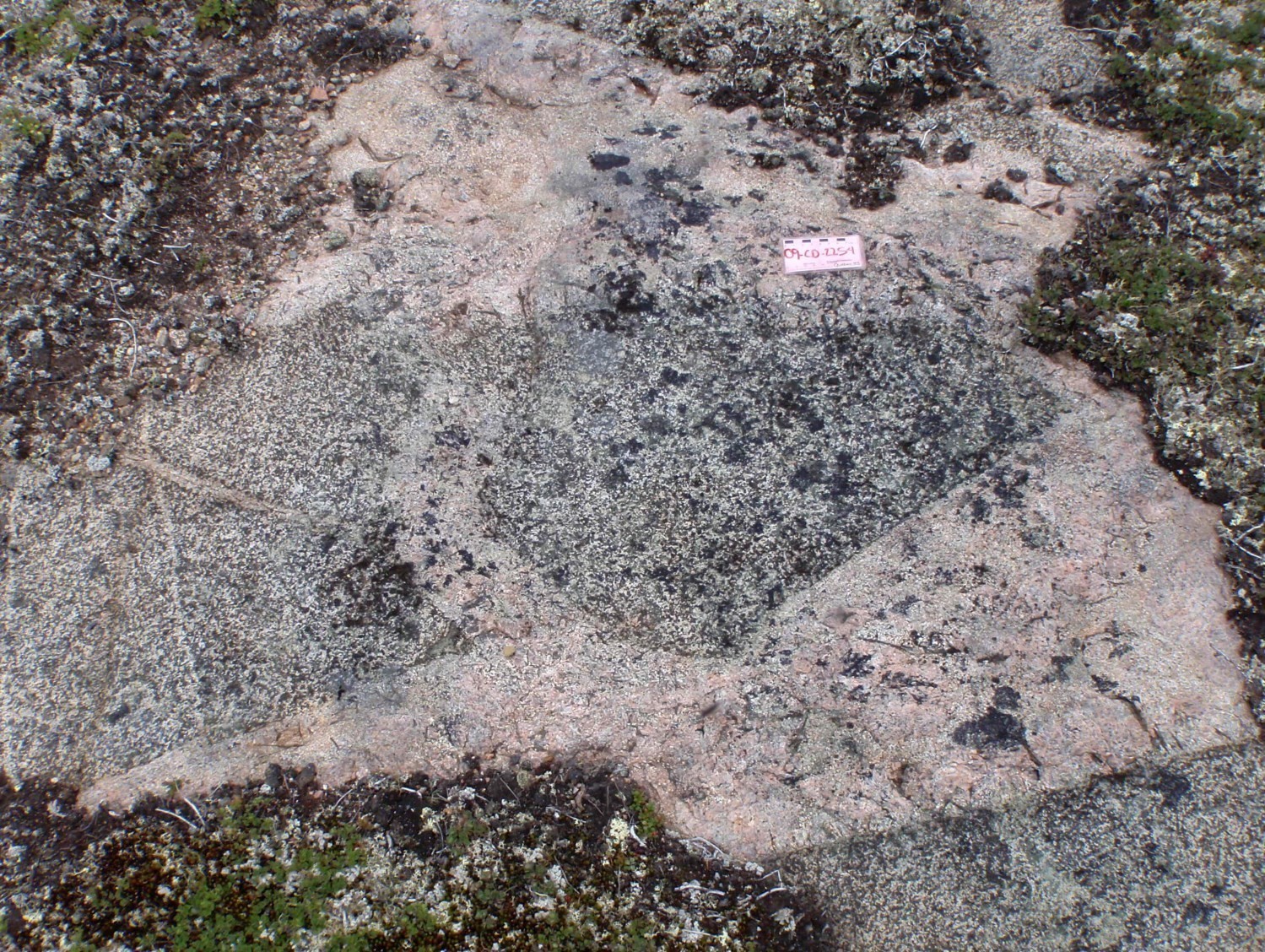 The Merville Pluton occurs as three distinct masses in the southern part of the George Lithotectonic Domain (Charette et al., 2018), specifically in the west-central portion of sheet 23P02. The main mass (~5 km in diameter)﻿ is circular and has a high magnetic signature. The unit covers a limited total area of ~28 km2.

The Merville Pluton represents a late phase of the De Pas Granitic Suite since rocks are not deformed and cut other De Pas units, which cut each other.