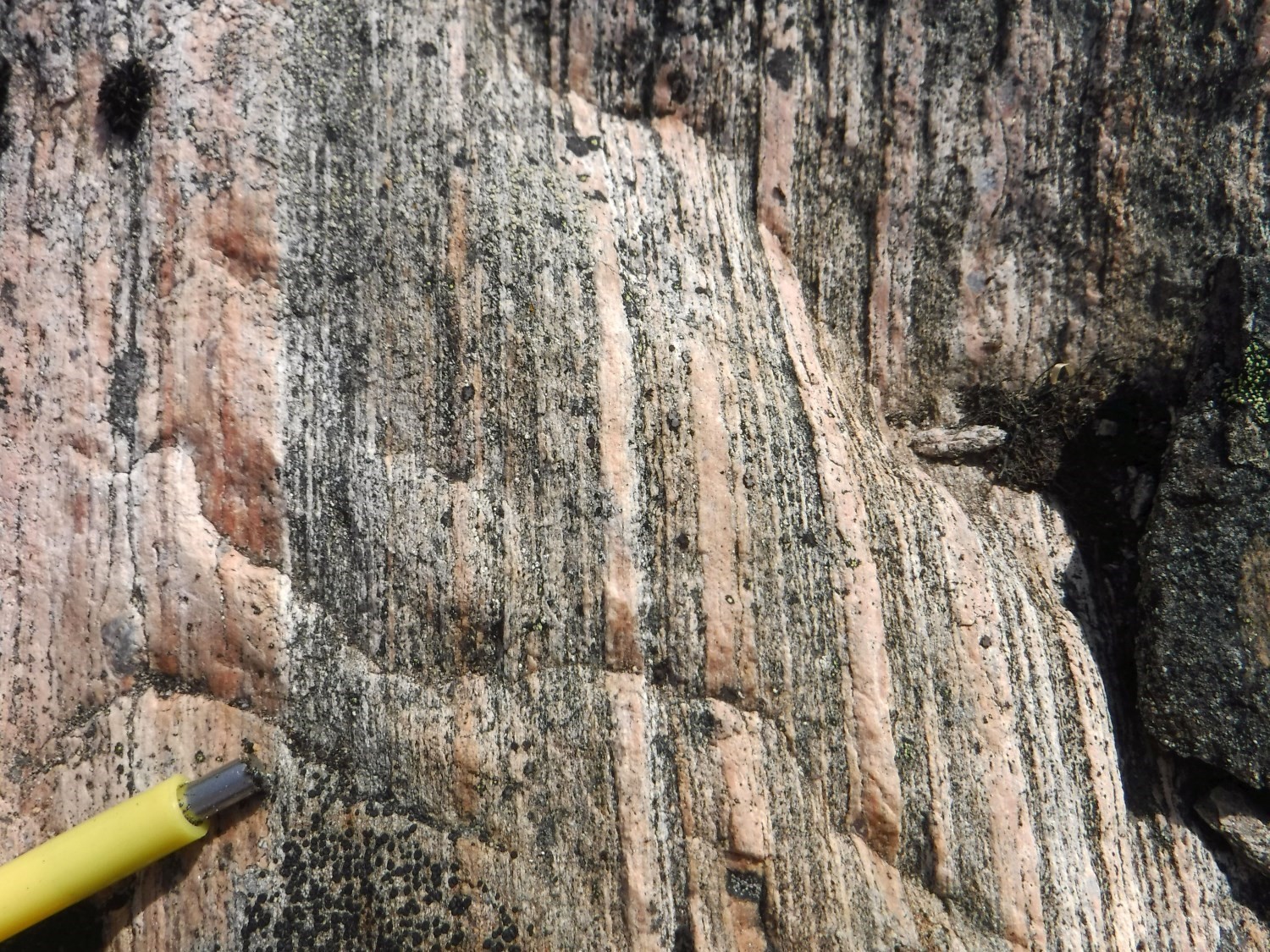 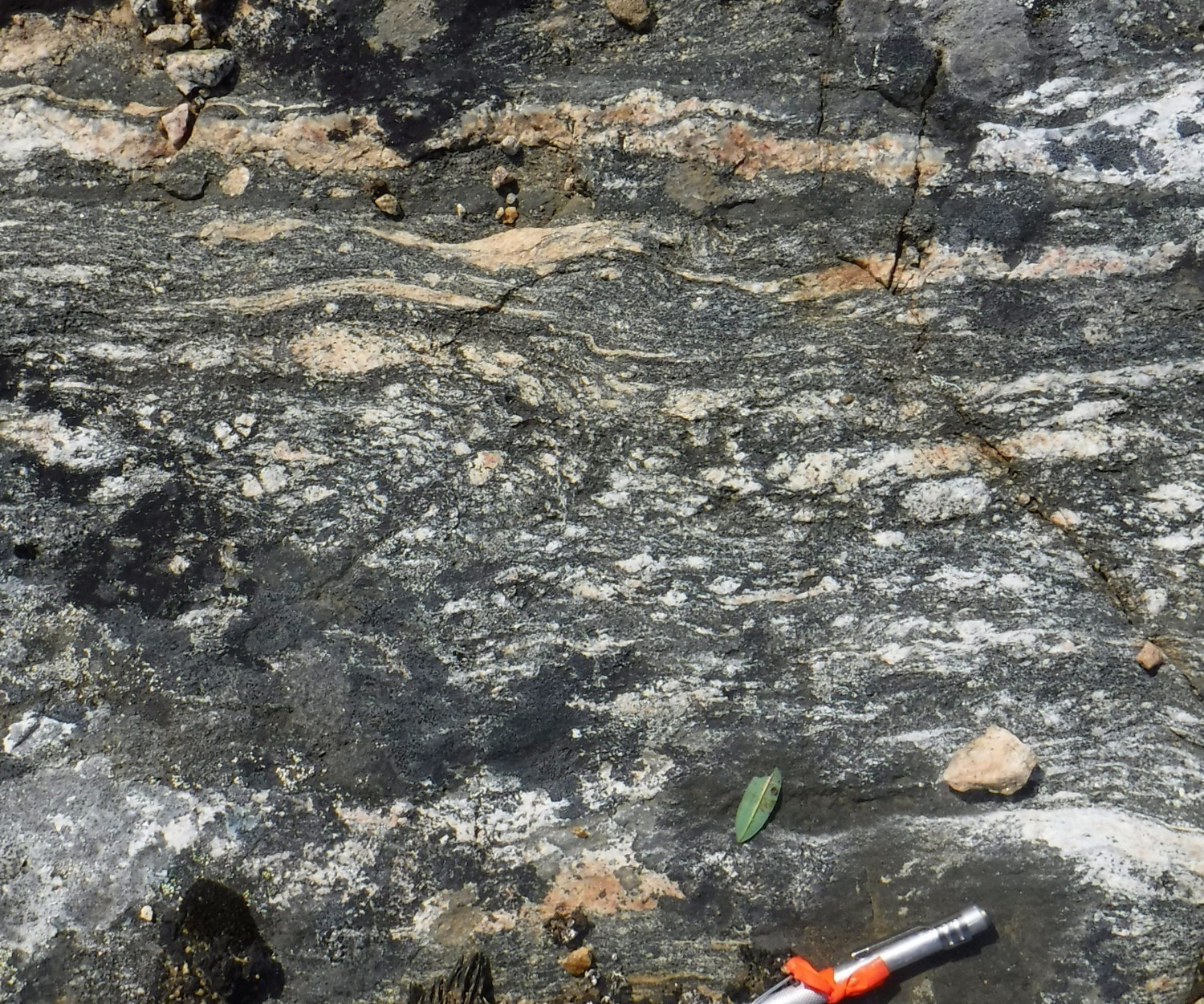 Tectonic gneiss of the Uummanaq Suite have a granitic or granodioritic composition. They contain numerous locally porphyroclastic pinkish granitic bands. These bands generally account for 10% to 20% of the surface area of outcrops, but can reach 35% in places. Gneiss are light grey and pinkish grey in areas where banding is more pronounced. They contain millimetric to centimetric layers of K-feldspar porphyroclastic mylonite generally representing <10% of the lithology. The mylonitic fabric emphasizes an intense deformation which is characterized by tight isoclinal folds whose axial plane is parallel to the fabric. The latter is associated with strong flattening as well as stretching (L/S tectonite). Layers of migmatized quartz diorite have been described on some outcrops.

At the sample scale, the rock is generally granodioritic; however, there are also compositional variations marked by diffuse granitic bands. In areas with a highly banded appearance, the unit contains conformable syenogranite bands, in sharp contact, as well as millimetric to centimetric K-feldspar porphyroclasts giving a local augen appearance. In more homogeneous areas, millimetric plagioclase porphyroclasts are uniformly distributed in the matrix.

In thin section, deformation results in an oriented granoblastic texture and quartz bands having subgrain extinction. The main ferromagnesian minerals include biotite and hornblende in variable amounts, which are concentrated in fine discontinuous laminae. Grain size reduction is in places associated with these laminae. Generally, the Uummanaq Suite contains many secondary minerals associated with mafic laminae, such as sphene, epidote, opaque minerals and apatite.

Dating of a granitoid sample (outcrop 2017-BC-6068) indicates a Paleoproterozoic age for the emplacement of the Uummanaq Suite.

Tectonic gneiss of the Uummanaq Suite are in fault contact with metasedimentary rocks of the Erik Cove Complex. They are cut by pegmatitic intrusions of the Sanningajualuk Suite.