The Soisson Suite was introduced by Lafrance et al. (2014) in the Saffray Lake area to group undeformed and non-metamorphosed kilometric mafic intrusions recognized in the Baleine Lithotectonic Domain, west of the De Pas Supersuite. These intrusions are also present in the Henrietta Lake (Lafrance et al., 2015) and Jeannin Lake (Charette et al., 2016) areas. 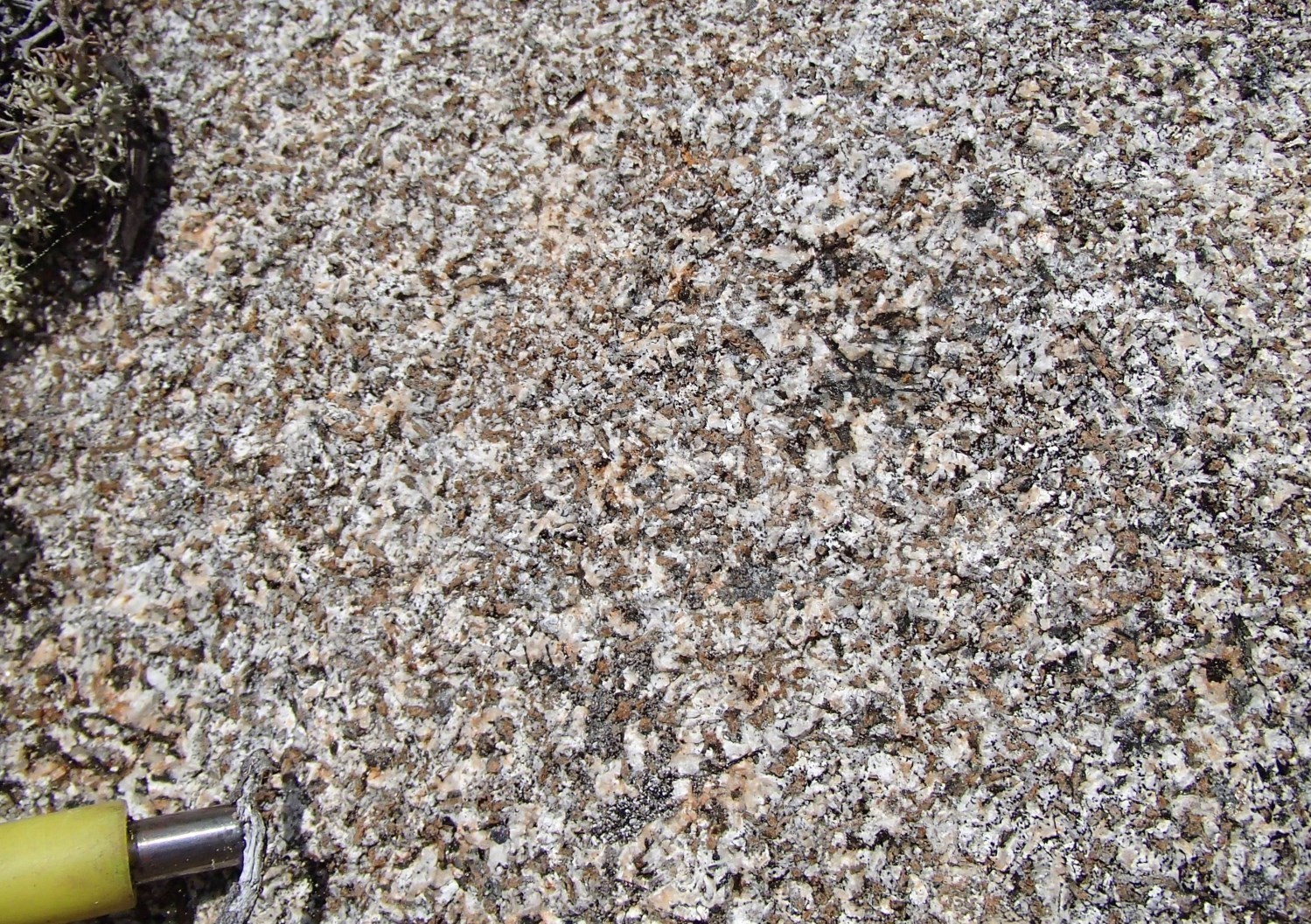 The Soisson Suite consists of troctolite, olivine gabbro, gabbro and gabbronorite having a brownish alteration patina and a dark greenish grey fresh surface. Rocks are very homogeneous, mesocratic to leucocratic, massive, medium to coarse grained and have variable magnetic susceptibility. They show a well-preserved subophitic texture with large intergrown plagioclase laths whose interstices (25-35% of the rock) are filled with olivine associated with some pyroxene. Locally, orthopyroxene or clinopyroxene may represent the dominant ferromagnesian phase. It consists mainly of cumulates of plagioclase-olivine ± clinopyroxene ± orthopyroxene cumulus surrounded by clinopyroxene ± olivine oikocrytals (Sappin et al., 2020). Olivine is locally serpentinized or altered to a chlorite-carbonate assemblage. Other minerals present in smaller amounts include opaque minerals, red biotite, actinolite, chlorite, apatite and carbonate. 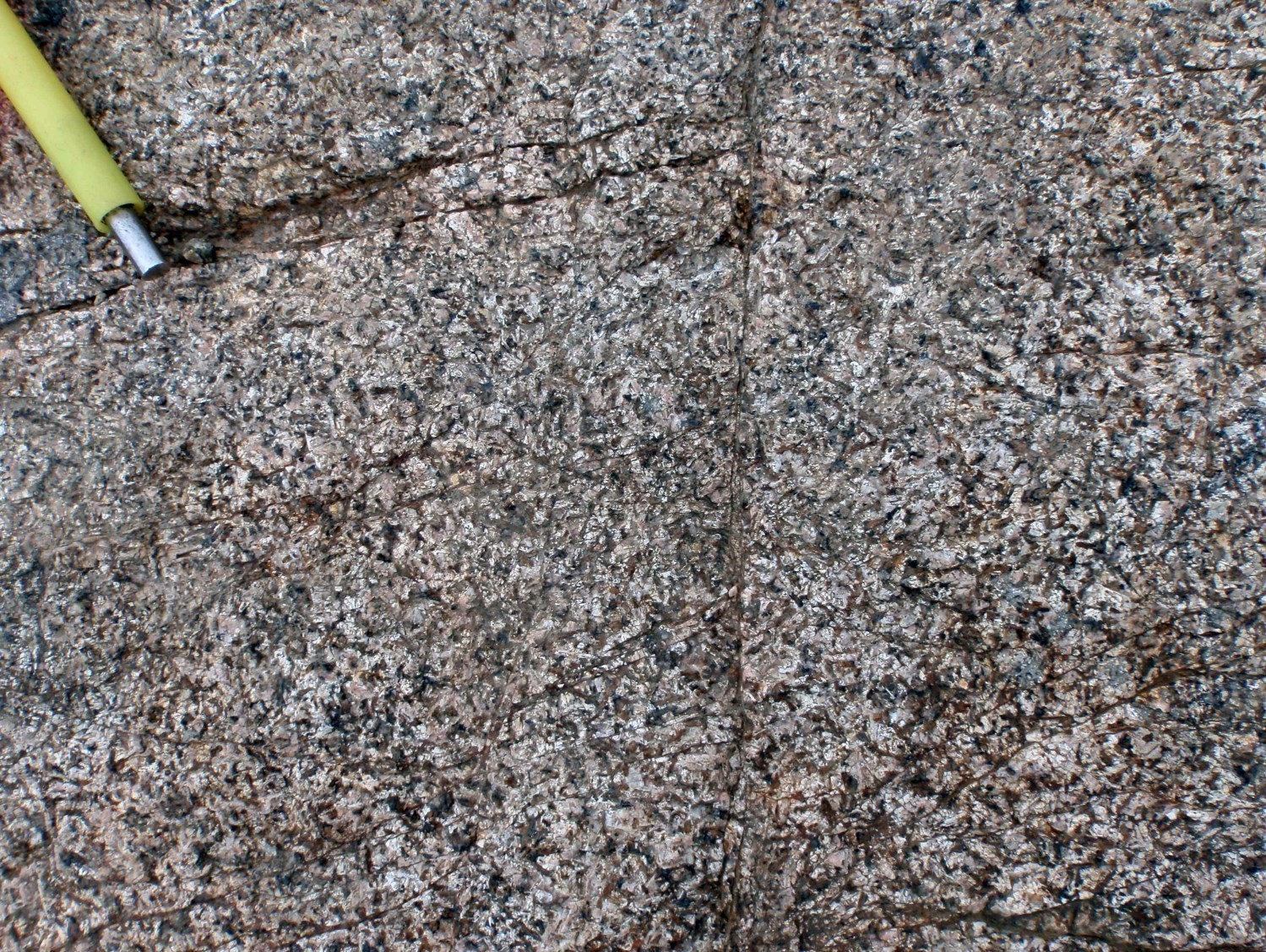 In the Jeannin Lake area, an intrusion 15 km by 3 km belonging to the Soisson Suite consists of a central part of monzodiorite surrounded by norite and quartz leucogabbronorite. Monzodiorite also has a subophitic texture and contains 15-25% ferromagnesian minerals altering biotite and amphiboles, mainly chlorite. Plagioclase is highly sericitized and accessory minerals observed are apatite, carbonate and opaque minerals. This area was studied in detail as part of a bachelor’s thesis on Ni-Cu mineralization at the Université du Québec à Montréal (Fleury, 2016). The author notes that rocks at the edge of the intrusion are characterized many granophyric textures.

The Soisson Suite covers a small area of ~56 km2 in the Baleine Lithotectonic Domain. It consists of five small intrusions <1 km wide by 2-3 km long in the Saffray Lake area (Lafrance et al., 2014). It also includes two larger intrusions 2-3 km wide by 7-15 km long, one of which is on the edge of the Saffray and Henrietta lakes areas (Lafrance et al., 2015) in the southern portion, and the other in the NE portion of the Jeannin Lake area (Charette et al., 2016).

An age of ~1311 Ma, considered to be crystallization, was obtained for an olivine gabbro sample taken in the SE corner of the Saffray Lake area (sheet 24G) by the Geological Survey of Canada in the summer of 2014. An age of 1295 Ma is interpreted as related to metamorphism or fluid flow.

Rocks of the Soisson Suite are among the youngest in the Baleine Domain and throughout the Southeastern Churchill Province. They have not been affected by regional deformation and metamorphism. These intrusions were emplaced in various units, both Archean and Paleoproterozoic. Hence, they cut the Ungava Complex and the Saffray, False, Winnie, Aveneau and Dancelou suites.