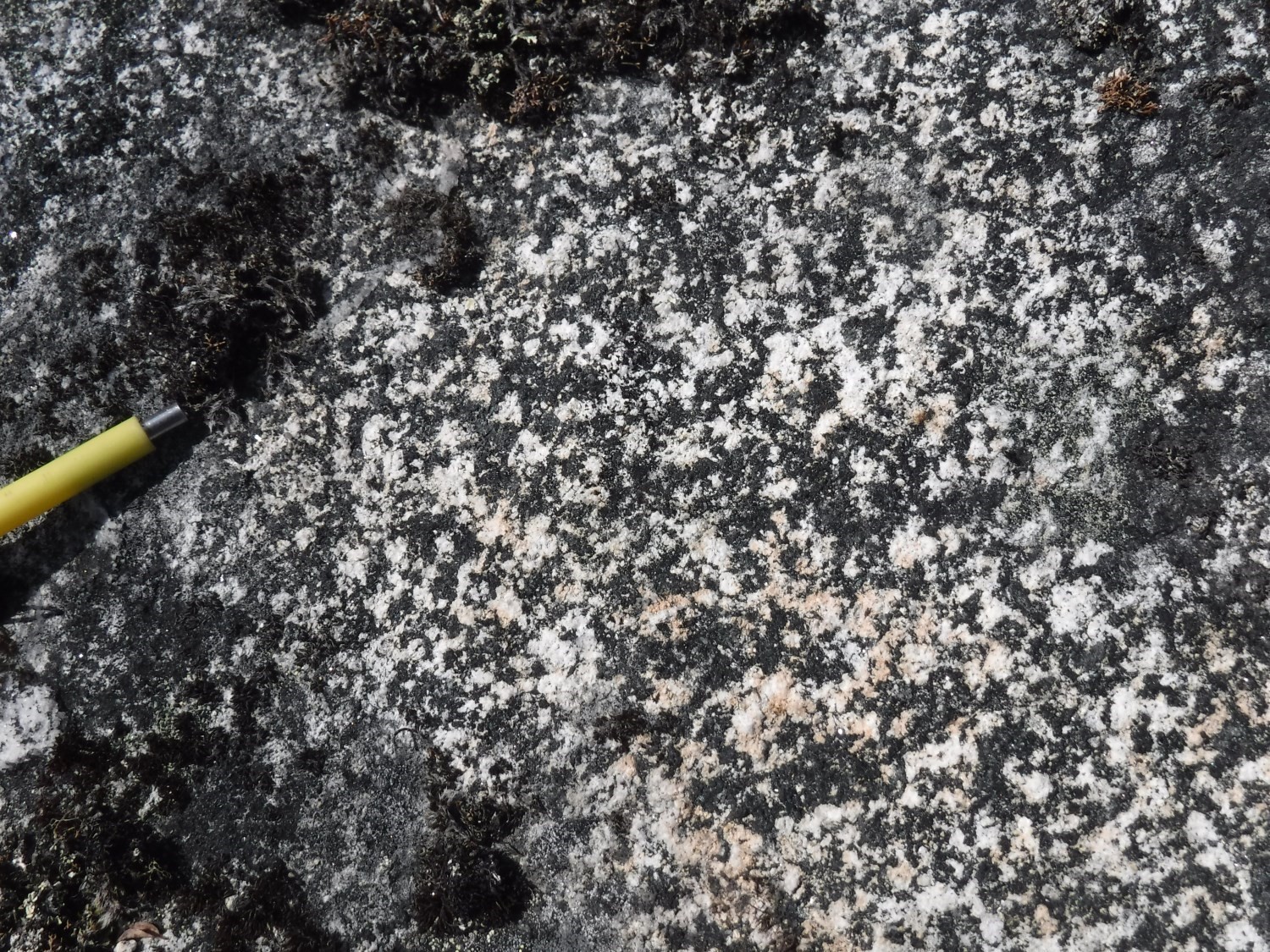 The Niviugak Suite was introduced by Beaudette et al. (2020) to distinguish rocks of intermediate composition from adjacent mafic units. These rocks were previously assigned to the Watts Group (Lamothe, 2007). 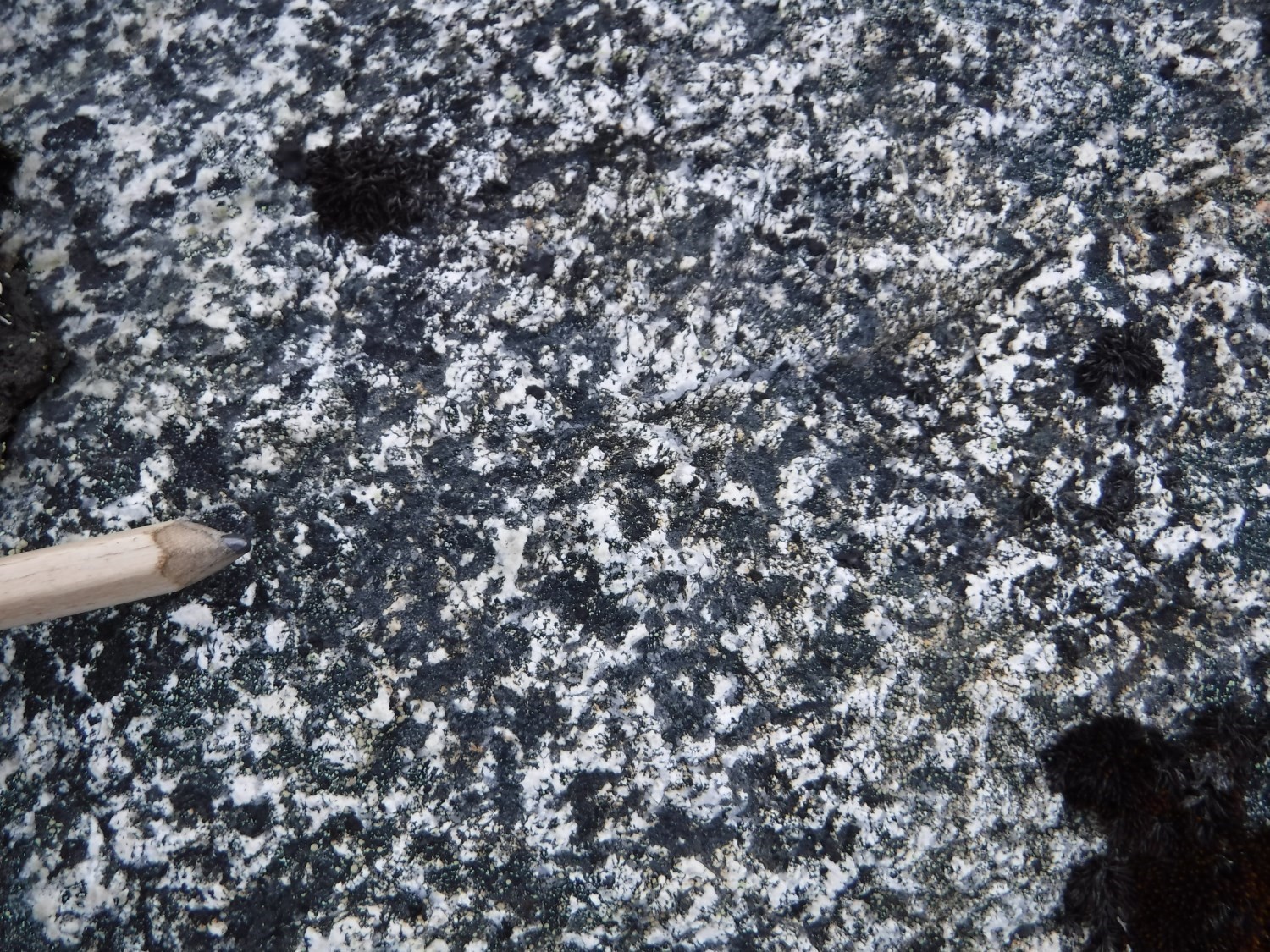 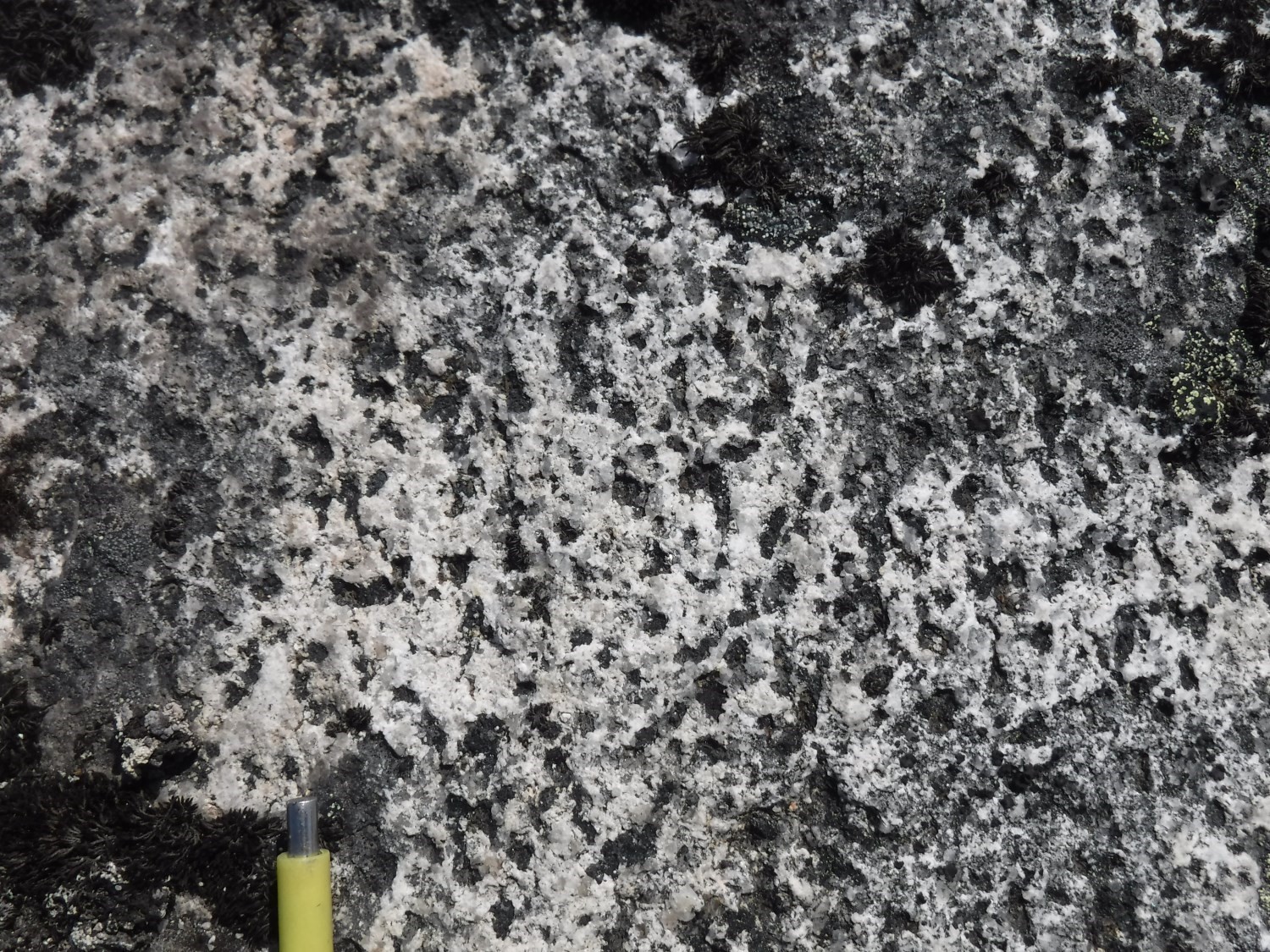 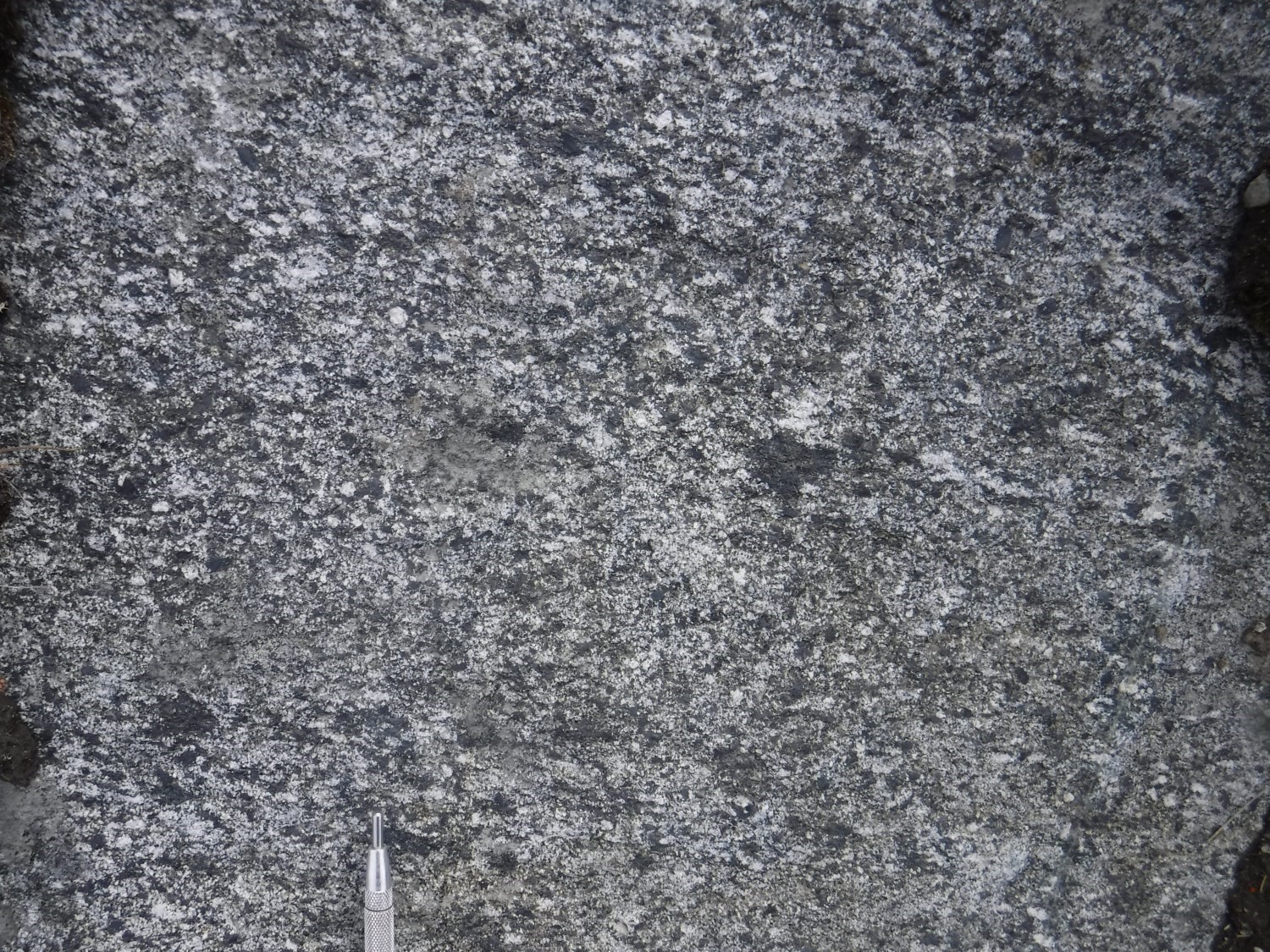 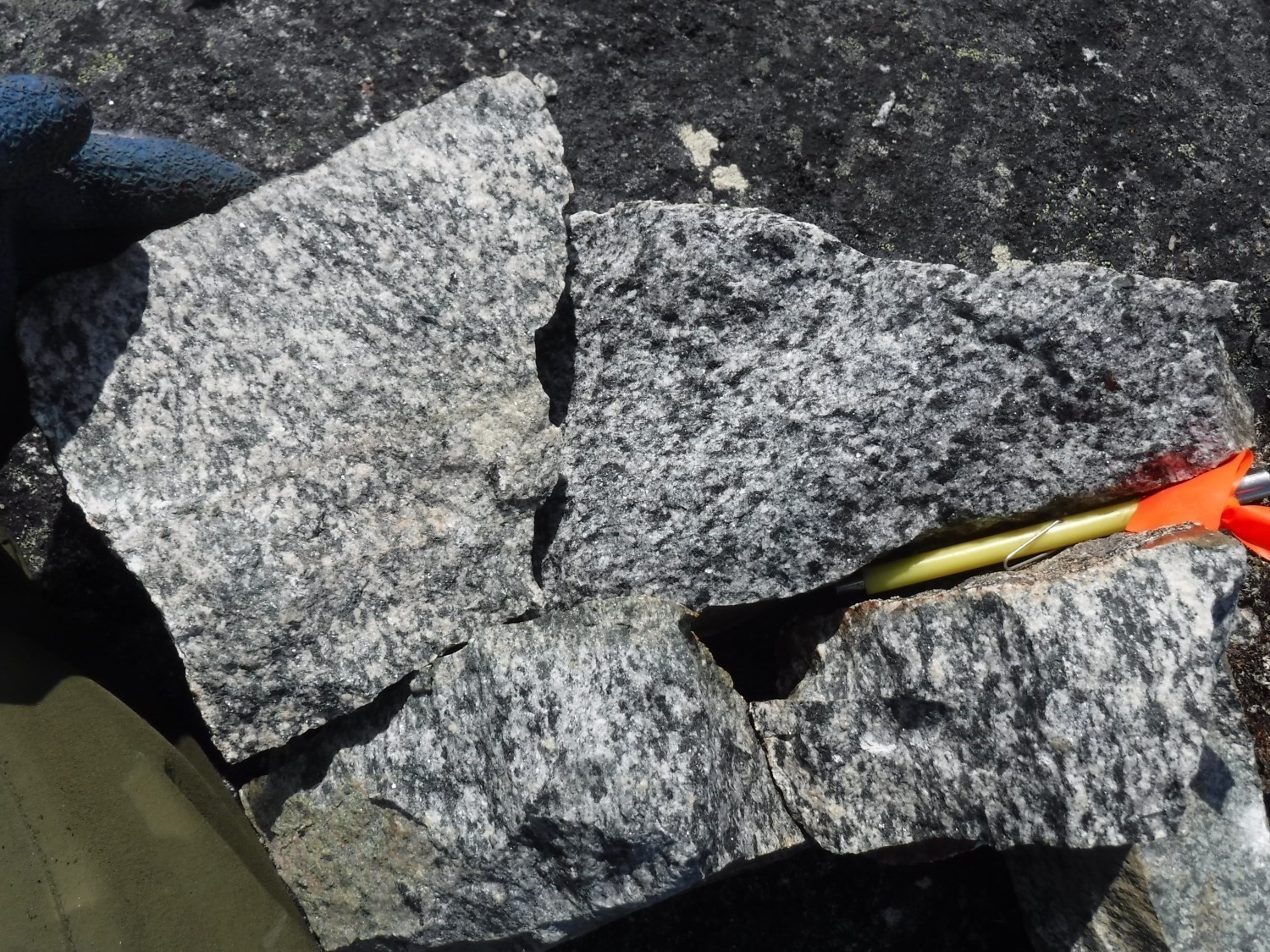 The Niviugak Suite consists of dioritic to tonalitic rocks. The predominant lithology is quartz diorite. The unit is characterized by a speckled texture and strong magnetic susceptibility. Rocks are commonly massive to foliated, homogeneous, leucocratic to mesocratic, locally heteroganular or containing hornblende or plagioclase phenocrystals (5 mm). These two minerals form the main components of the rocks of the unit, along with quartz and biotite in lesser amounts. The speckled texture is expressed in clusters (up to 5 mm) which are composed of hornblende alone or an assemblage of hornblende and biotite. These clusters represent up to 40% of the rock. The matrix consists of plagioclase and quartz, which are partially recrystallized depending on the sample. Plagioclase is partially replaced by epidote and sericite, or locally, by sericite alone. Secondary matrix minerals are hornblende, biotite as isolated fine crystals, euhedral epidote (up to 2%), late chlorite (up to 1%) and opaque minerals. The foliation is defined by the flattening of ferromagnesian mineral clusters.

The Niviugak Suite is located between the Vanasse Suite to the west and the Foucault Suite to the east, in the NW part of sheet 35G11. The intrusion is 20 km by 5 km along a long axis oriented NE-SW similar to the orientation of the regional structural grain. Its apparent thickness varies between 1 km and 3 km. The rooting thickness of the intrusion is unknown.