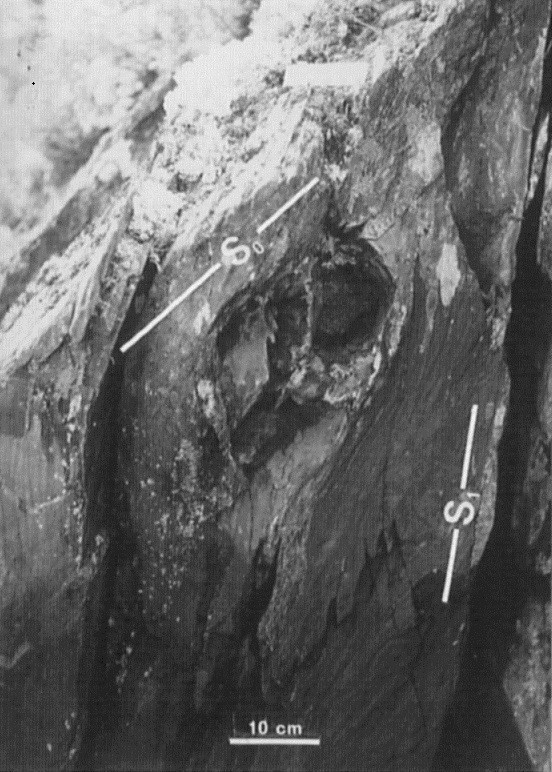 The Savigny Formation is a sedimentary unit consisting mainly of finely bedded and laminated grey to dark grey mudstone, slate and siltstone having a light grey to rusty-brown alteration patina, and graphitic black quartzitic wacke. Mudstone, slate and siltstone include rare centimetre scale interbedded wacke and grey dolomite having a light brown patina (Dimroth, 1978; Dressler, 1979). In the Savigny Lake area, black graphitic quartzitic wacke is an important unit of the formation. It is interbedded with black graphitic slate (Dimroth, 1978). Clark (1984) mentions the presence of centimetric beds of black sandstone and, at one locality, of a 15 m thick layer of medium to coarse-grained quartz sandstone. Sedimentary structures typically include lamination, crossbedding and sorting (Dimroth, 1978; Clark, 1984). Clark (1984) mentions the presence of sequences in which the grain size increases upwards. A few carbonate concretions are commonly observed in rocks of the formation (Dimroth, 1978, Chevé, 1993). Rocks of the Savigny Formation were formed in relatively calm and deep water. They are interpreted as turbidites by Dimroth (1978) and Clark (1984). In addition, Clark (1984) interpreted the sequences that increase in grain size upwards as part of seaward-progressing alluvial fans. He also mentions that these turbidites were deposited in an intermediate and distal environment. According to Clark (1984), sandstone units were deposited in channels cut into turbidite fans. 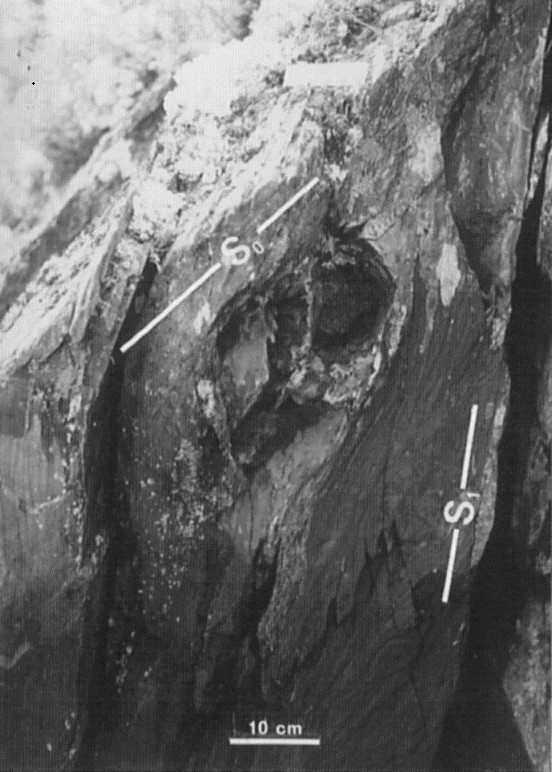 In the Mort Lake area, west of Cambrien Lake (sheets 24C03 and 24C06), the unit consists of dark grey, fissile and laminated mudstone and siltstone, locally interbedded with thin (1 cm) black sandstone. In addition to lamination, sedimentary structures are sparse and include ripples, sorting, siltstone-mudstone clasts in sandstone beds and load prints. Disseminated pyrite is observed locally. The base of the unit is clearly visible on the shore of Cambrien Lake, overlying grey dolomite of the Pistolet Group. There, it is represented by a 1 m-thick layer of folded and crenulated, black pyritic, highly graphitic slate. Slate is overlain by very slightly deformed, locally graphitic mudstones (Clark, 1984). Clark (1984) speculated that these black slates may correlate with black slates of the Hautes-Chutes Formation. 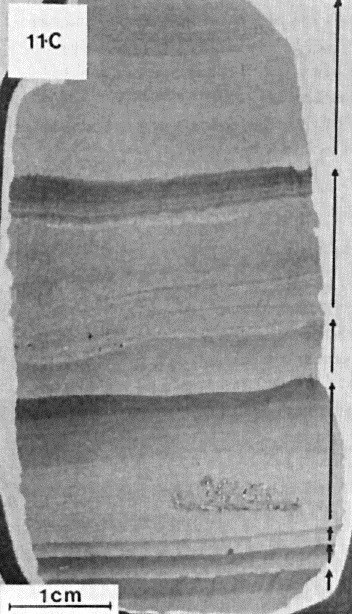 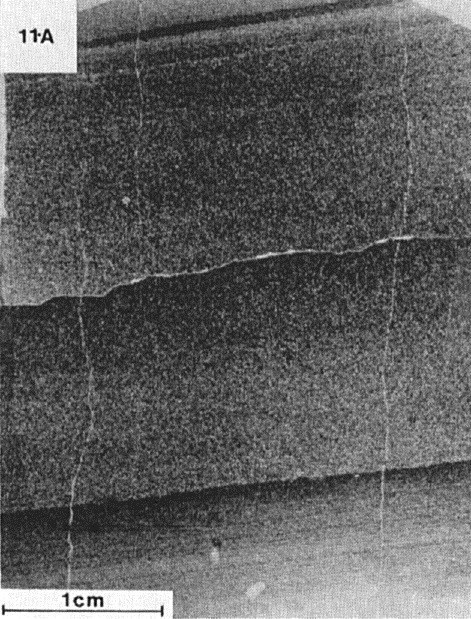 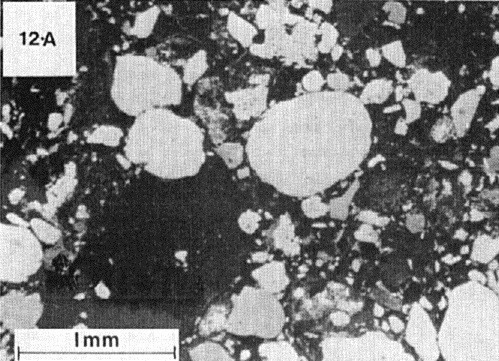 Unit pPsv2 occupies an area several hundred metres thick in the upper part of the formation to the NW and SE of Savigny Lake (Dimroth, 1978). Rocks consist of graphitic black slate and interbedded graphitic black quartzitic wacke 2 to 20 cm thick. Graphitic black slate is locally pyritic (Clark, 1984). Black quartzitic wacke is composed of rounded quartz grains and rare feldspar grains (<2 mm diameter), chert fragments, calcareous siltstone and fine-grained dolomitic sandstone, and grey slate in a matrix of graphitic black slate. Sorting is commonly observed. Cleavage planes in slates are parallel to stratification planes (Dimroth, 1969, 1978). According to (Dimroth, 1978), it is not possible to say whether the beds contain structures that could indicate flow directions.

In the Goethite Lake area (sheet 24C07), the Savigny Formation is unconformably overlain by the Wishart Formation (Ferriman Group) (Dimroth, 1978). At the Mort River, on the west shore of Cambrien Lake, it is overlying a dolomite unit of the Pistolet Group (Clark, 1984). South of Edgar Lake (sheet 24C10), it overlies rocks of the Uvé Formation and is overlain by rocks of the Ferriman Group (Dressler, 1979). According to Dimroth (1978), the Savigny Formation is transitional and interdigitated with the adjacent Le Fer Formation. Fragments of Savigny Formation slate are observed in breccias of the Castignon Volcanic Complex (Dimroth, 1969, 1970b, 1970c, 1978; Chevé, 1993).