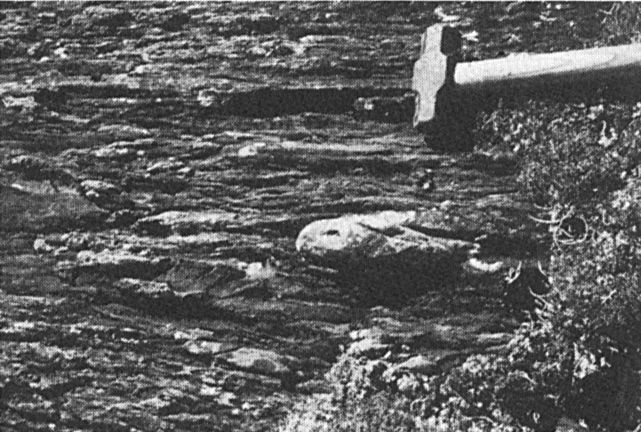 Bergeron (1957) and Beall (1960) point to thick beds of detrital sedimentary rocks in Aphebian rocks overlying the Archean basement near the Cape Smith Belt base. Taylor (1982) provides a more comprehensive description. The works of St-Onge and Lucas (1990b to 1990h, 1993) and Moorhead (1989, 1996a, 1996b) present a detailed description of sedimentary units in the eastern and western portions of the Southern Domain, respectively.

This allochthonous and predominantly sedimentary unit is located at the structural base of the Southern Domain and as erosion klippes of the southern and northern Archean basement (Kovik Antiform). It consists mainly of an assemblage of siltstone, sandstone, micaceous sandstone and phyllite, and local horizons of basalt, iron formation, limestone and dolomite. Metamorphosed equivalents of these lithologies are observed at the eastern and northern ends of the Southern Domain, as well as in erosion klippes of the Kovik Antiform, where metamorphism reaches the mid amphibolite facies (Bégin, 1989, 1992). The thickness of the Nituk Formation is highly variable depending on its location in the Southern Domain; while it can be estimated to be less than 2000 m in the central part of the domain (Moorhead, 1989), it is much greater in the eastern part.

Sandstone and siltstone beds are interstratified. Bed thicknesses range from 0.1 m to 3.0 m. Some beds show well-defined sorting, as well as cross-bedding, but most beds are massive. Detrital grains of varying sizes are predominantly composed of quartz and plagioclase, along with sphene and trace tourmaline. The matrix appears to have undergone complete recrytallization. Conglomerates form 0.5 to 5 m thick beds that are interstratified in siltstone and sandstone sequences. These conglomerates are polygenetic and contain fragments ranging from 2 to 35 cm in diameter. Fragments mainly correspond to the following lithologies: siltstone, sandstone, dolomite, limestone, metavolcanic rocks and granodiorite. These conglomerates are heavily deformed and fragments are stretched (mostly cigar shaped) (Moorhead, 1989).

This subdivision occurs as generally massive outcrops. When visible, beds vary in thickness from 1 to 20 cm. It consists mainly of micro-grained dolomite with very few internal structures. Quartz vein networks are 1 to 5 cm wide and randomly cut the rock. There is a local detrital component representing up to 20% of the rock, which consists of quartz and rarely of plagioclase grains (Moorhead, 1989).

The thicknesses of basaltic flows range from 2 to 8 m. These flows are typically massive and rarely cushioned. They are generally deformed and are affected by a strong schistosity. Several outcrops are cut by millimetre-thick quartz veins. These basalts are similar to those of the Beauparlant Formation (Moorhead, 1989).

This subdivision consists of homogeneous and micaceous quartzitic sandstone which ranges from 70 to 1700 m in thickness. Outcrops are located in the western area of Joy Bay, north of Grunérite Lake and south of Vicenza Lake (St-Onge and Lucas, 1993). Sandstone is composed of quartz and of more than 20% metamorphic biotite and muscovite. This sandstone has beds about ten centimetres thick and is characterized by good sorting and rounded millimetric grains, as well as abundant centimetric quartz veins (St-Onge and Lucas, 1993).

Refer to the Description section.