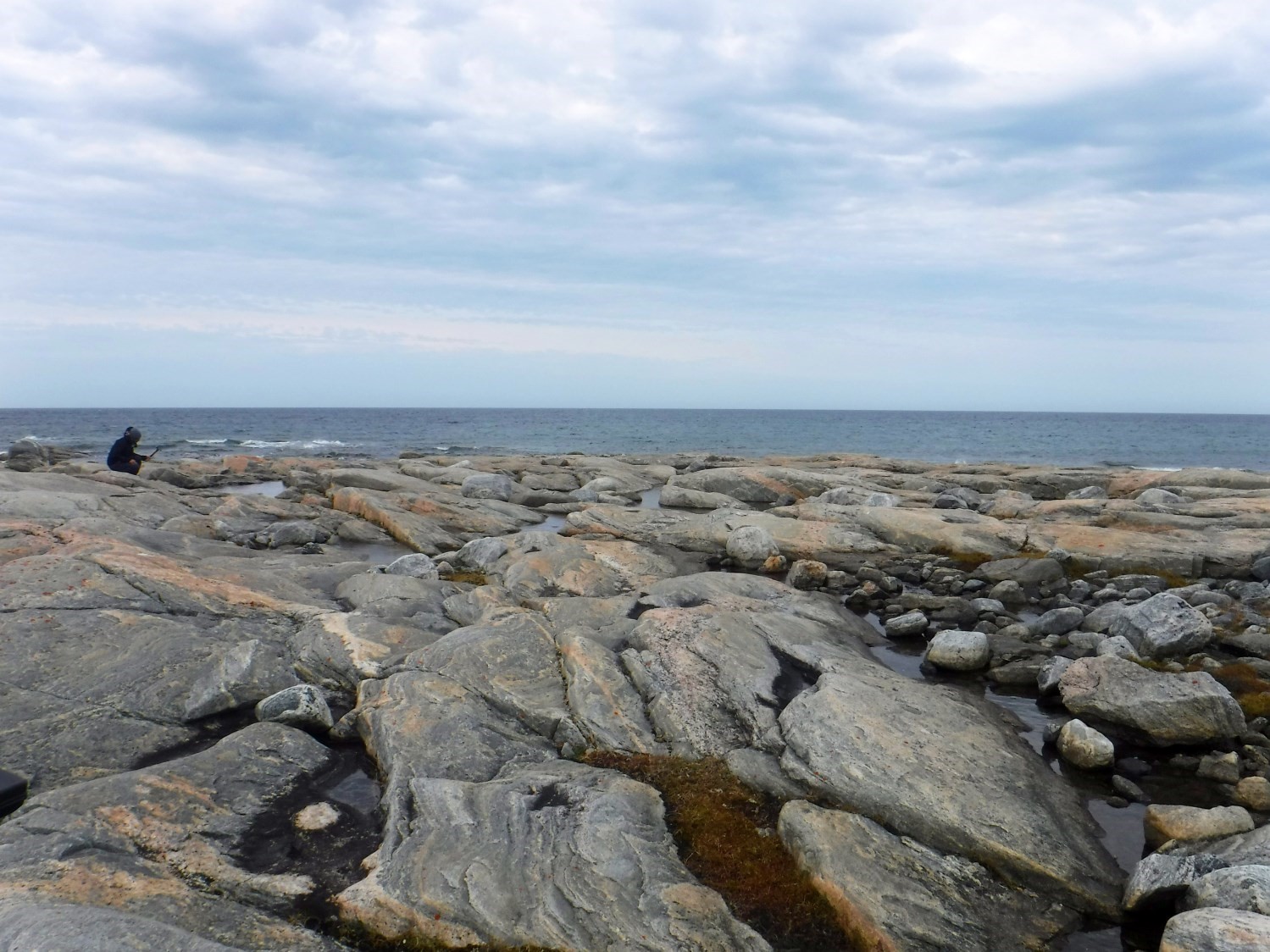 The term Kovik Antiform was introduced by Lamothe (2007), as suggested by Hocq (unpublished), in order to describe Archean rocks forming the internal northern basement within the Ungava Orogen (units AKOV1 to AKOV10; Lamothe, 2007). However, this nomenclature adopted for a formal lithodemic unit does not comply with the North American Stratigraphic Code (1983, 2005). The units were thus transferred to the Kovik Complex, Archean to Paleoproterozoic (Charette and Beaudette, 2018). The Kovik Antiform is the lithotectonic domain which contains rocks of the Kovik Complex. The unit was formally renamed the Kovik Lithotectonic Domain by Vanier and Lafrance (2020). The Kovik Complex consists of ten units (Appkvk1 to Appkvk10; Lamothe, 2007), aligned with the new nomenclature. As the Ministère’s mapping work is carried out, units of the Kovik Domain will be better defined and reassigned to separate suites according to their composition and genetic class, thus completely replacing the Kovic Complex.

The Kovik Lithotectonic Domain forms an E-W oriented strip ~50 km wide in the central part of the Ungava Orogen. It is bordered to the south by the Ungava Trough (Northern and Southern domains). The northern contact, with the Narsajuaq Lithotectonic Domain, is marked by the Sugluk Shear Zone. Its longitudinal extension is poorly defined since rocks of the domain extend under Hudson Bay to the west and under Hudson Strait to the east.

All units in this lithotectonic domain were previously assigned to the Kovik Complex. This complex is an Archean to Paleoproterozoic assemblage of orthogneiss, paragneiss and intrusive rocks. This assemblage mainly includes tonalite or biotite ± hornblende ± epidote ± titanite ± allanite granodiorite (ApPkvk4, ApPkvk5 and ApPkvk6 units) showing varying proportions of mafic and metasedimentary rock enclaves (Taylor, 1982; St-Onge and Lucas, 1990, 1992; St-Onge et al., 1992). In the western part of the domain, these lithologies are commonly migmatized and intruded by white to pinkish granitoids. Rare klippes of highly deformed silicoclastic metasedimentary rock (ApPkvk3) and extrusive or intrusive mafic rock (Akvk1) are present in or near tonalitic intrusions. Late, metric to kilometric intrusions, ranging in composition from tonalitic to syenogranitic (ApPkvk7 to ApPkvk10), intrude into tonalites and granodiorites (St-Onge and Lucas, 1992).

New units were introduced in the Cape Wolstenholme (Charette and Beaudette, 2018) and Sirmiq Lake (Vanier and Lafrance, 2020) areas to better distinguish lithologies that were previously entirely grouped in the Kovic Complex. These units are presented in the table below.

The Kovik Domain is a lithotectonic division of the Churchill Province. It is interpreted as a window on the parautochnous Archaean basement, equivalent to rocks of the Superior Craton, resulting from their late uplift during the Ungava Orogenesis (Lucas and St-Onge, 1992). Historically, three Archean ages (2882-2737 Ma) were obtained by Parrish (1989) and Scott and St-Onge (1995) from tonalite samples collected in the Kovik Domain. A Paleoproterozoic emplacement age obtained by Davis and Sutcliffe (2018) in one of the main units of the Kovik Domain indicates that the latter does not consist solely of Archean units. Further dating is needed to properly define this lithotectonic package, the nature of which remains uncertain.

Similar to the conclusions of Baragar (2015), Charette and Beaudette (2018) note that the new field observations do not support the presence of a continuous fine imbrication of volcanic or metasedimentary rocks of the Povungnituk Group along the Kovik Domain, as suggested by St-Onge and Lucas (1992). Klippes of highly deformed, migmatized paragneiss were observed only in some areas where the Povungnituk Group had been mapped. According to the authors, there is no reason why they cannot be Archean paragneiss klippes.