The Nanuk Complex was introduced in the Sirmiq Lake area (Vanier and Lafrance, 2020) in order to group felsic to intermediate rocks, of gneissic or migmatitic appearance, of the Kovik Lithotectonic Domain. 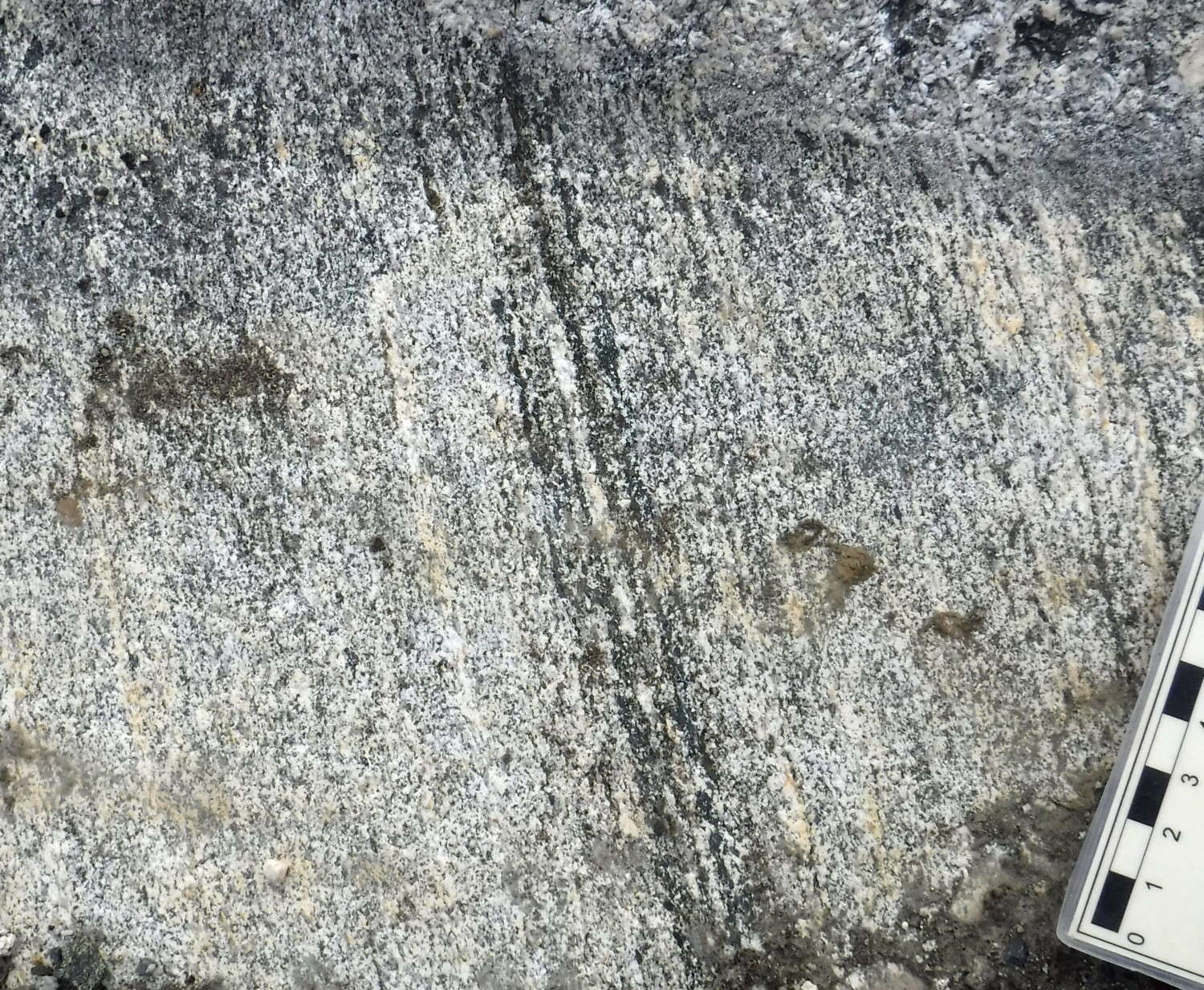 Tonalite and quartz diorite have a banded appearance and display initial segregation of ferromagnesian and felsic minerals. This gneissosity is accentuated by the presence of 5-10% millimetric to centimetric whitish bands, possibly leucosome. Unit ApPnuk1 is even grained, medium and fine grained, well foliated and grey to light grey. More homogeneous decimetric layers without banding (similar to unit ApPnuk1a rocks) are commonly observed in outcrops. Hornblende-biotite diorite is also observed in decimetric to centimetric layers. The leucosome has a larger grain size than the rest of the rock. It is in diffuse contact with tonalite or quartz diorite. It can also occur in clusters. Locally, it contains coarse hornblende crystals.

Tonalite and quartz diorite contain 15-27% quartz, <5% K-feldspar and 7-12% ferromagnesian minerals. Biotite is always in greater proportion than hornblende, the latter may even be locally absent. Microcline forms fine interstitial crystals and these are more numerous in leucosome bands. In thin section, the general fabric is partially granoblastic to interlobed. Quartz forms large elongated crystals with undulatory extinction. Biotite is lepidoblastic and slightly chloritized. Epidote, sphene, opaque minerals, apatite and zircon are the accessory phases. 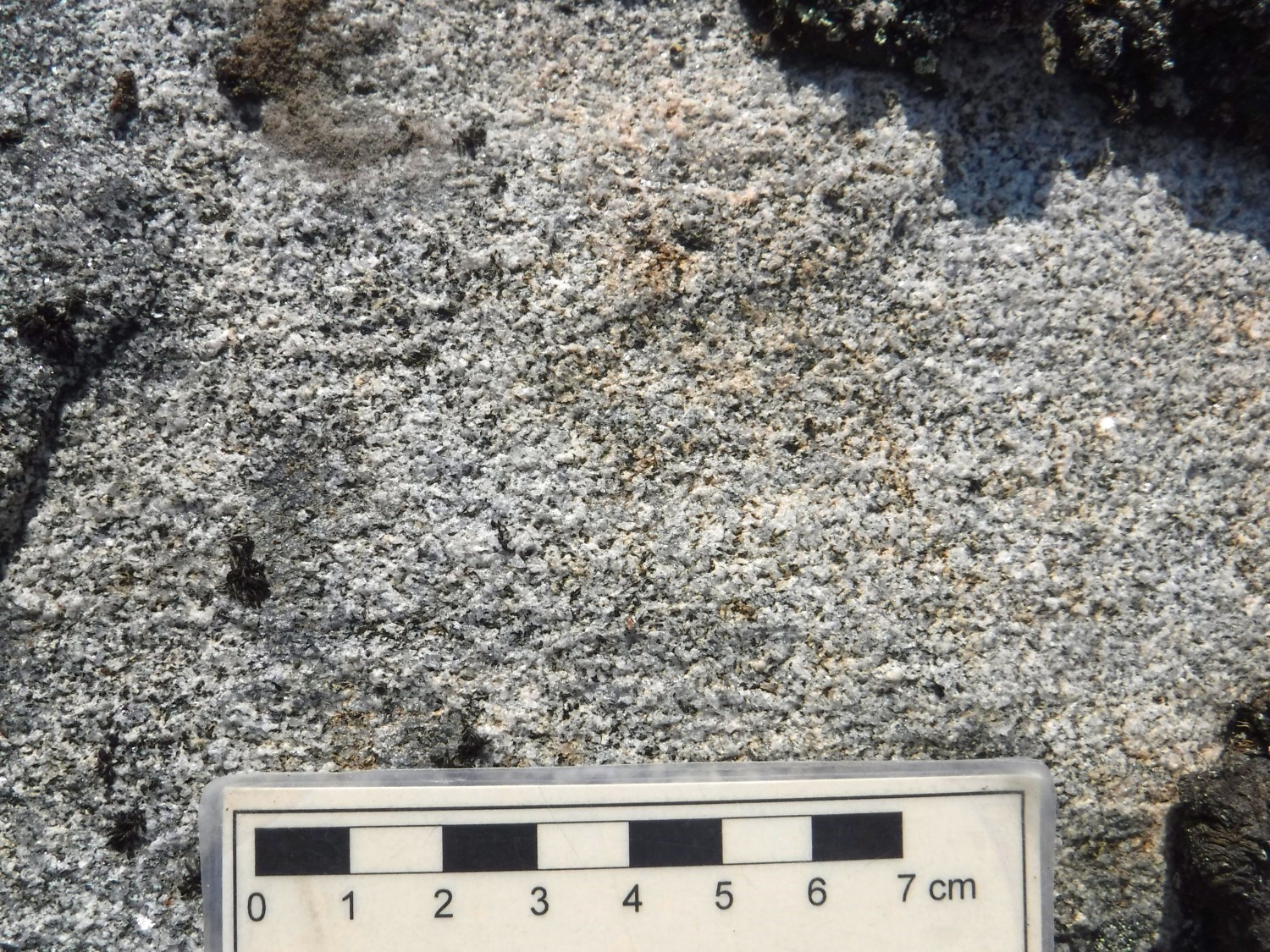 In addition to forming decimetric layers in unit ApPnuk1, subunit ApPnuk1a may represent the dominant lithology of some outcrops. This tonalite or quartz diorite represents areas where the rock is more homogeneous and free of banding. The rock is even grained, fine grained, foliated and medium-light grey. It contains ~20% quartz and 15% ferromagnesian minerals, which are dominated by biotite, but also includes 2-3% hornblende. Microscopic observations are similar to those of unit ApPnuk1. Retrograde muscovite and carbonates are also incidentally present. 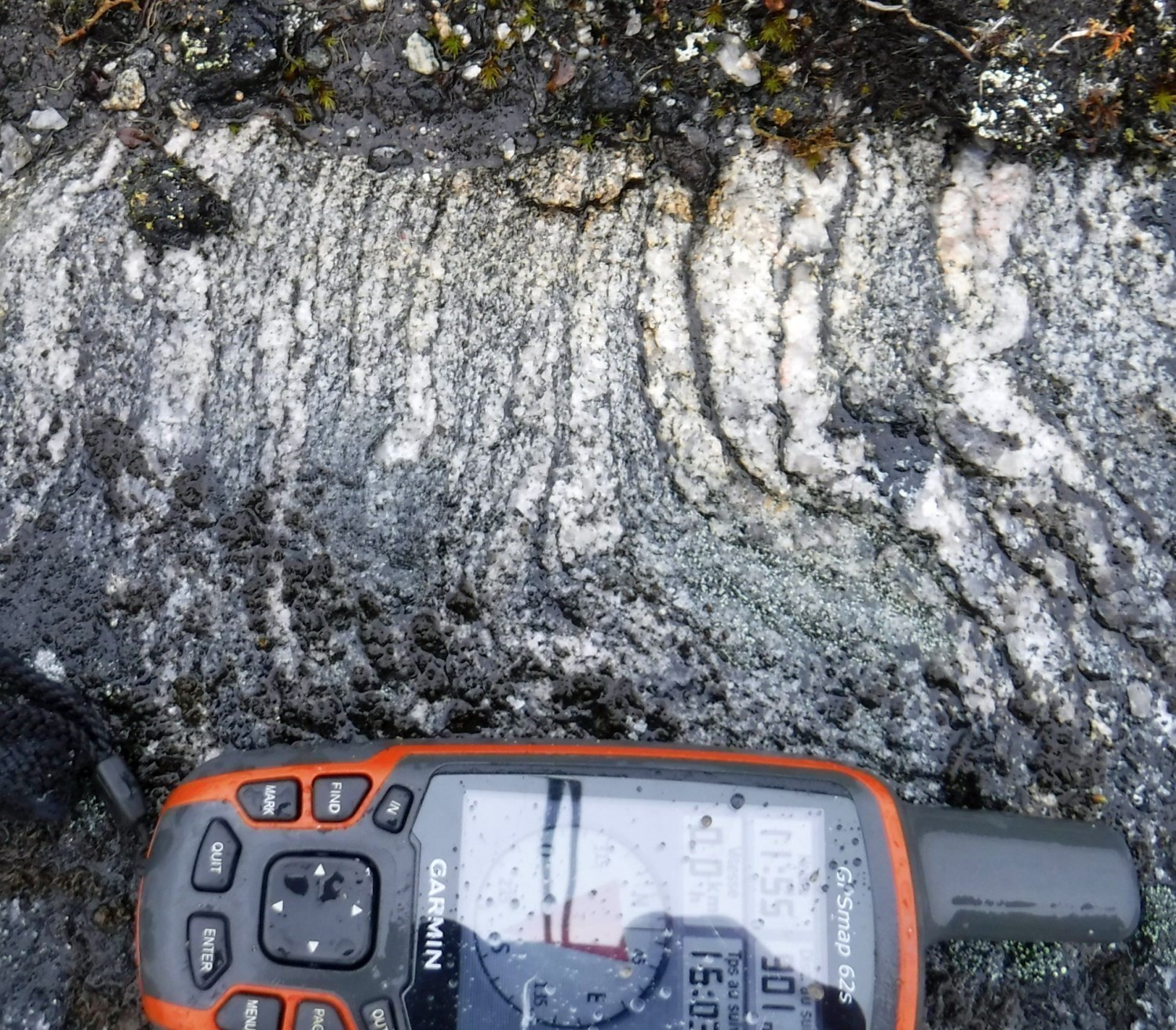 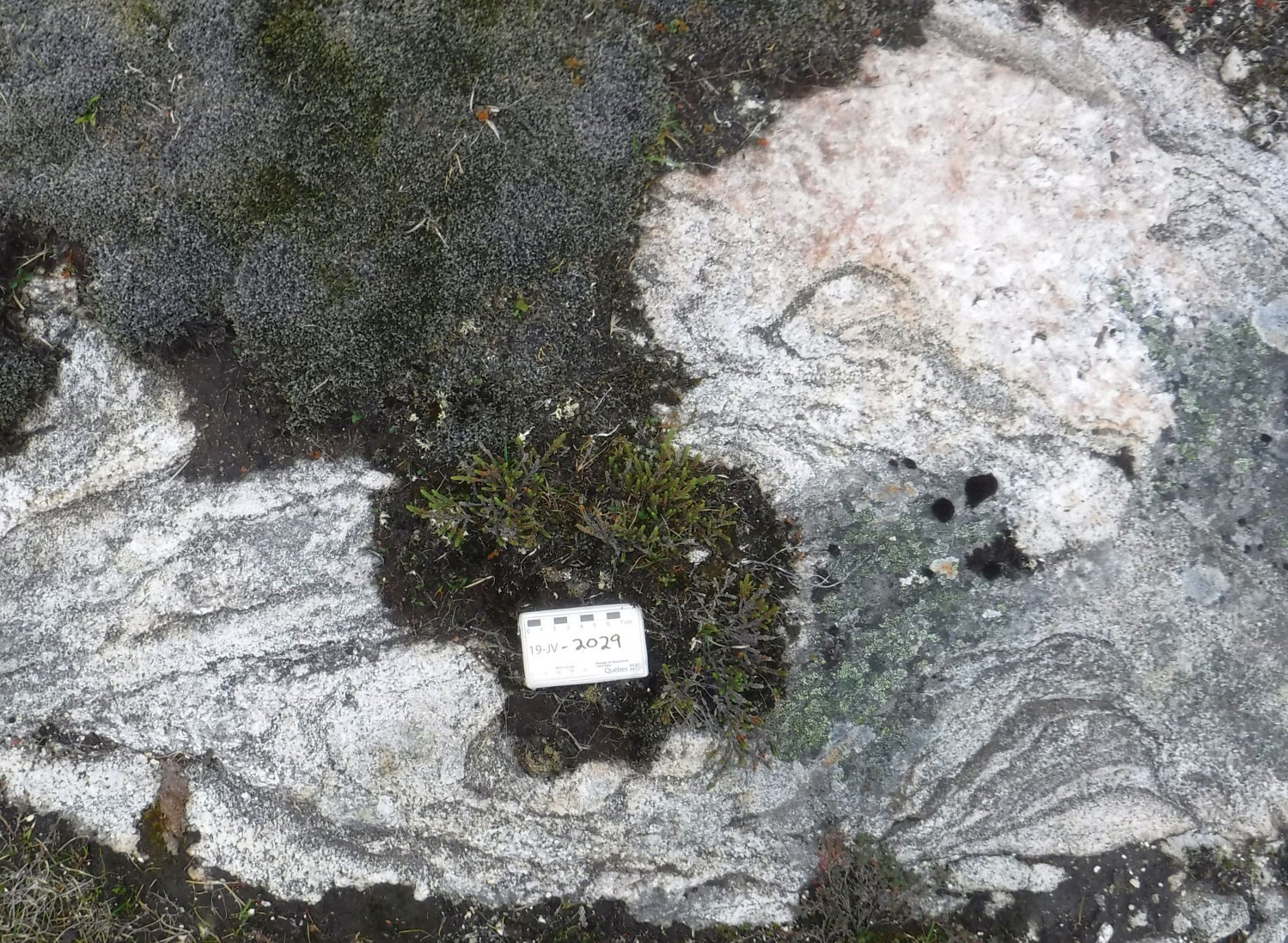 Migmatite of unit ApPnuk2 is stromatic or containing schlierens, and quartzodioritic, tonalitic or dioritic in composition. It comprises mostly biotite zones in diffuse contact with hornblende zones. This migmatite is interpreted by Vanier and Lafrance (2020) as being derived from partial melting of tonalite and quartz diorite of unit ApPnuk1. Foliation is very undulating and the melting percentage varies greatly. Ferromagnesian minerals either form clusters faintly aligned in foliation or schlierens. The fabric is heterogranular, and quartz is amoeboid and forms subgrains. The same accessory minerals as in unit ApPnuk1 are observed.

The Nanuk Complex is currently limited to the southern part of the Sirmiq Lake area (Vanier and Lafrance, 2020), in the Kovik Lithotectonic Domain.

Units of the Nanuk Complex are locally intruded by coarse to pegmatitic granite, possibly associated with the Nunatak Suite. These intrusions were emplaced as dykes or centimetric to decimetric bands subparallel to foliation. The Nanuk Complex also appears to be cut by granodiorite of the Arviq Suite, although contacts between these two units are not always clear.