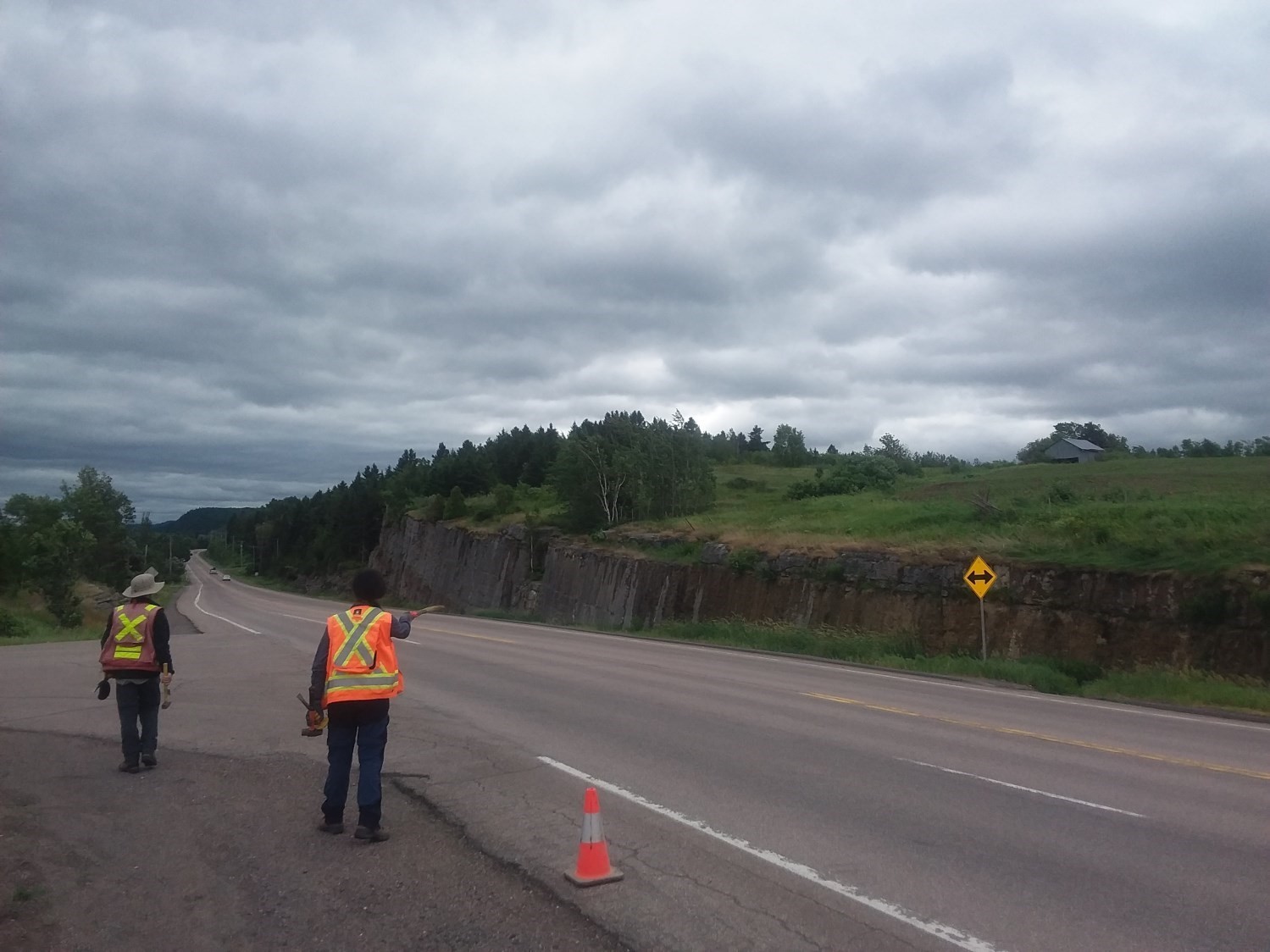 The Upper Ordovician (449-454 Ma) Shipshaw Formation was introduced by Sinclair (1953) in the Lake Saint-Jean area. This formation belongs to the St. Lawrence Platform, which forms a slice in the Grenville Province. All Ordovician sedimentary rocks in this region were assigned to the Trenton Group by several authors from a chronostratigraphic perspective (e.g., Dresser and Denis, 1946; Sinclair, 1953). Other authors have done so on lithostratigraphic bases (Benoit and Valiquette, 1971; Harland et al., 1985, 1987). Instead, Desbiens and Lespérence (1989) proposed the creation of a new group for these rocks, but did not. Although spatial correlation between these Ordovician rocks in the Lake Saint-Jean area and those of the Trenton Group of the St. Lawrence Platform is not formally established, the Shipshaw Formation is maintained in this group.

The Shipshaw Formation consists of an overlay of thin limestone beds, usually subnodular, and calcareous shale interstratifications. Limestone is highly fossiliferous (trilobites, brachiopods). This formation contains two non-mappable units that are well described by Desbiens and Lespérence (1989). In the Lake Saint-Jean area, the Shipshaw Formation and the three other related formations (Galets, Simard and Tremblay) cannot be mapped at the 1:50 000 scale because they are generally not more than 50 m thick and subhorizontal (<4° dip). On the geological map of the Saguenay–Lac-Saint-Jean region (sheets 32A08 and 22D), the Trenton Group is hence shown instead of these four related formations.

Unit Osshp1 of this formation consists of thin beds (4-8 cm thick) of grey limestone named in the field calcilutite, calcisiltite and calcarenite. A detailed study by Desbiens and Lespérance (1989) indicates that wackestones, packstones and grainstones alternate throughout the sequence. Greyish calcarenite (grainstone) forms 60% of the sequence. Limestone (wackestone) is sublithographic (5-6% clay), grey-brown and forms very thin beds that are difficult to define. Calcareous shale interstratifications make up 5 to 10% of the total (Desbiens and Lespérence, 1989).

The thickness of the Shipshaw Formation varies from one locality to another. Desbiens and Lespérence (1989) indicate that it is approximately 15 m thick at Chute-aux-Galets. On both sides of the Shipshaw River, immediately below Chute-aux-Galets, the sequence considered the reference section of this formation by Desbiens and Lespérence (1989) is 22.7 to 26 m thick. In comparison, the formation is less than 13 m thick near Chambord and ~7.3 m outcrop at the quarry near Roberval.

The stratigraphic column shows the pile of the other three formations in relation to the Shipshaw Formation in the section studied by Lavoie and Asselin (1998) in the Chambord area (NE corner of NTS sheet 32A08). 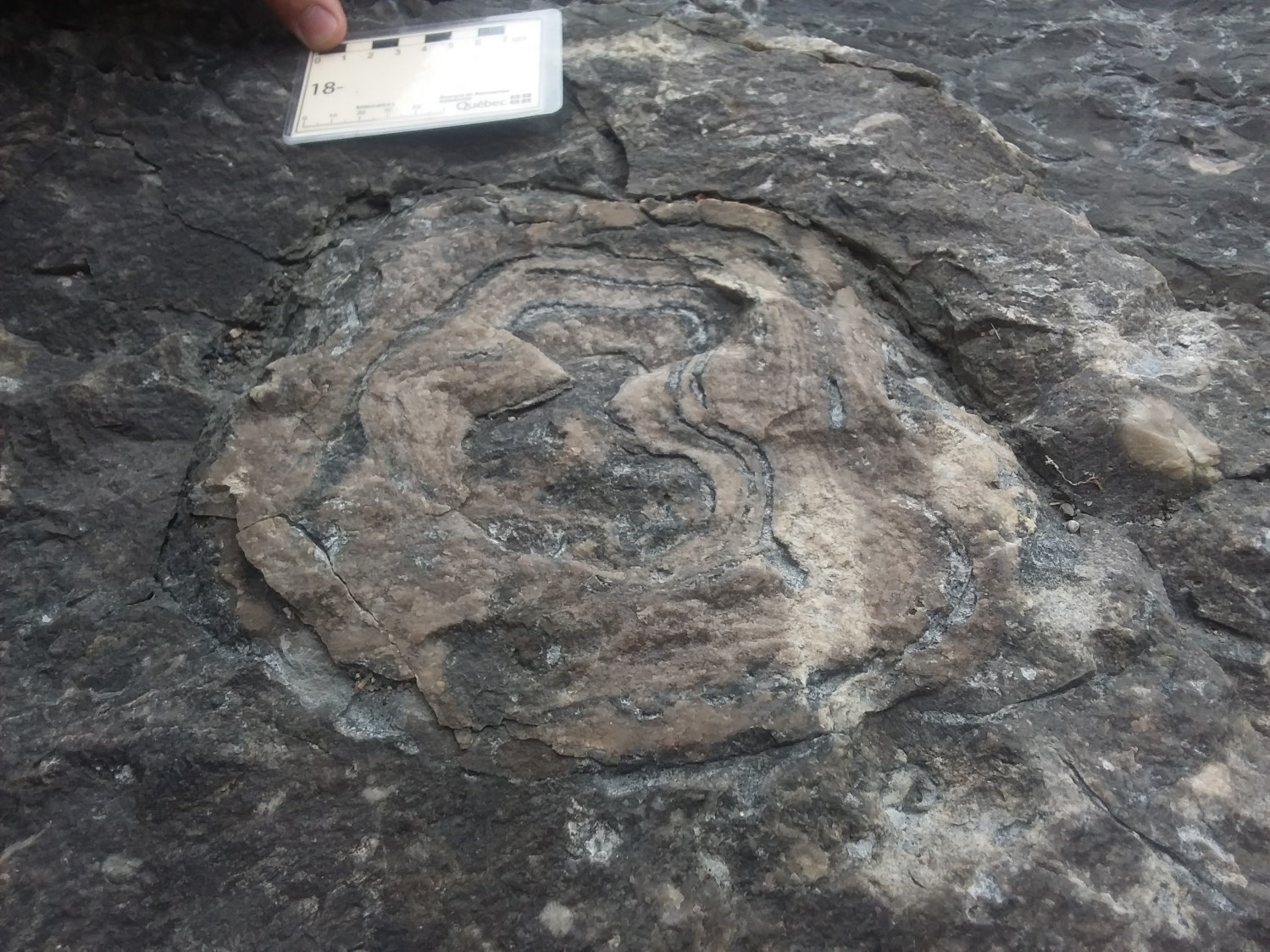 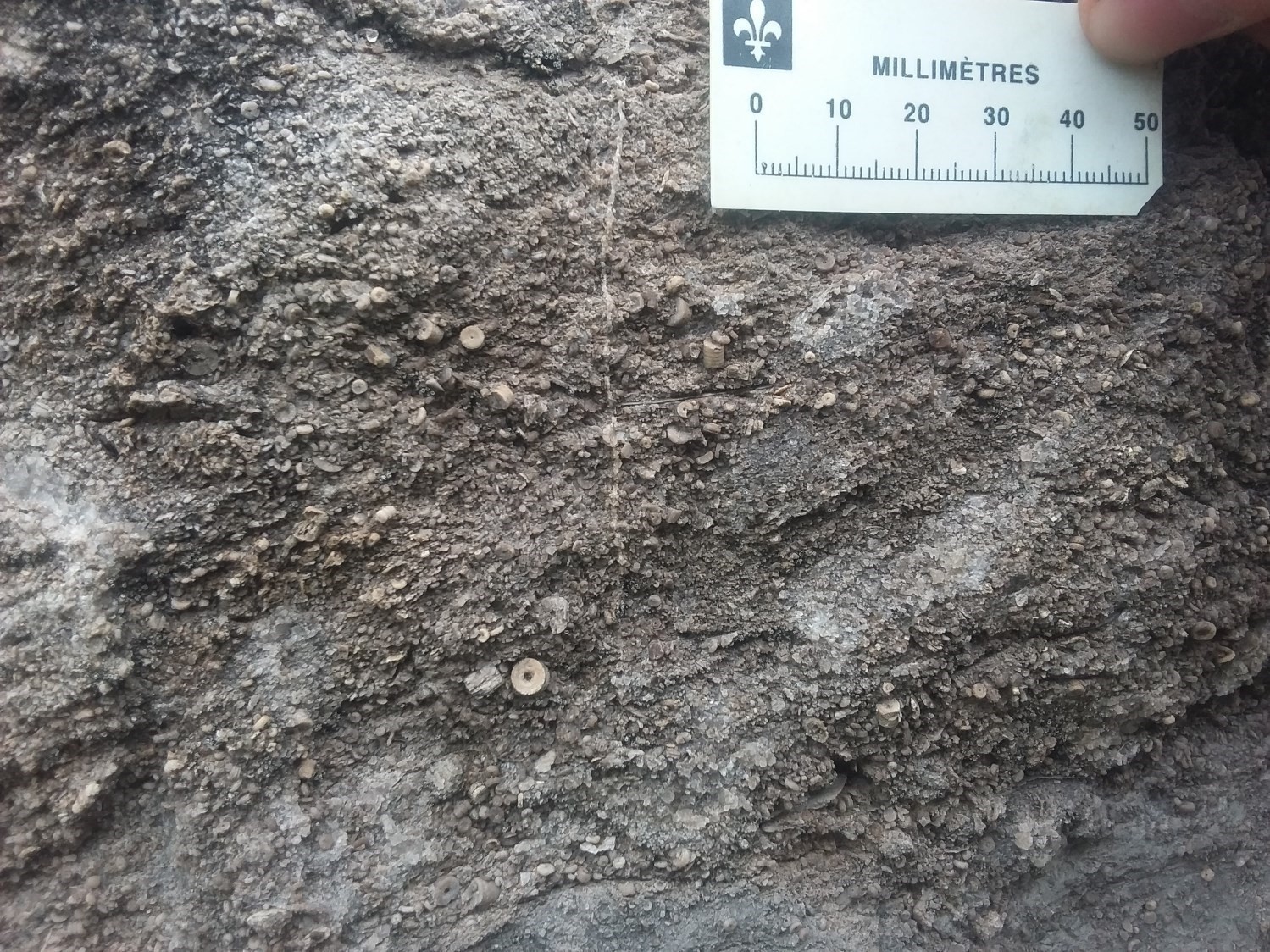