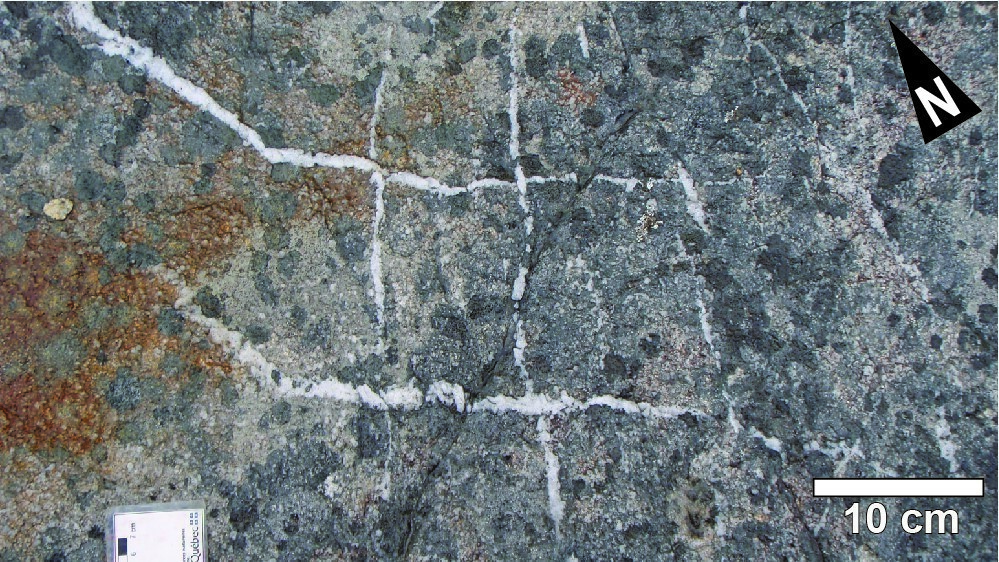 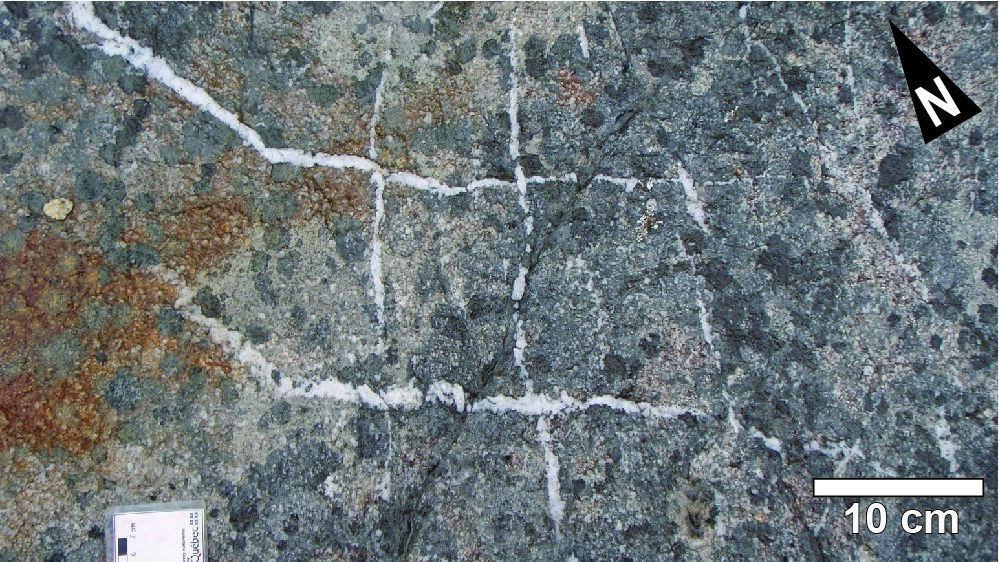 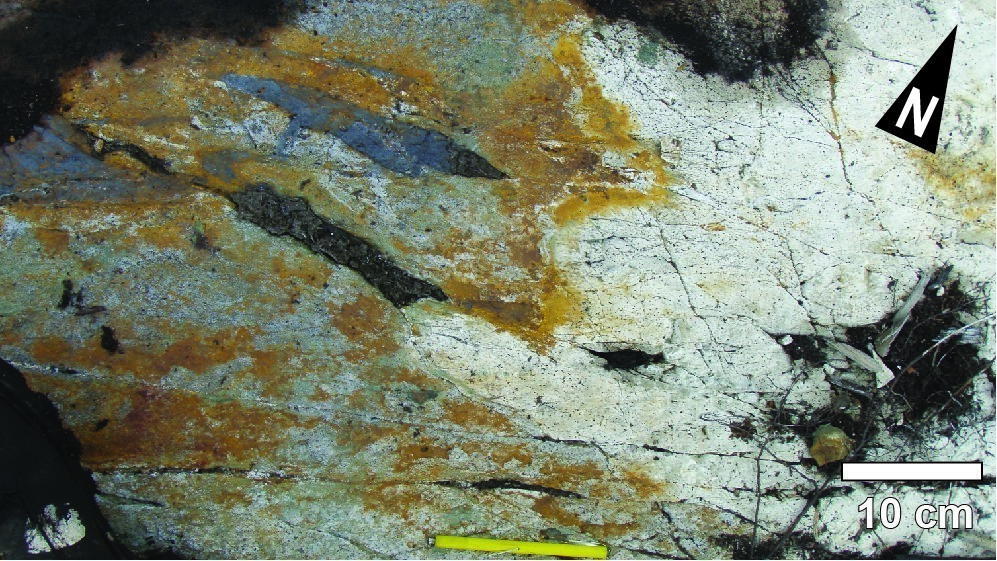 Rocks of the granophyric zone are overlying those of the Lac Doré Layered Unit. They cut volcanic rocks of the Obatogamau and Waconichi formations (Roy Group‘s first volcanic cycle). They are unconformably overlain by sedimentary rocks of the Opemisca Group.