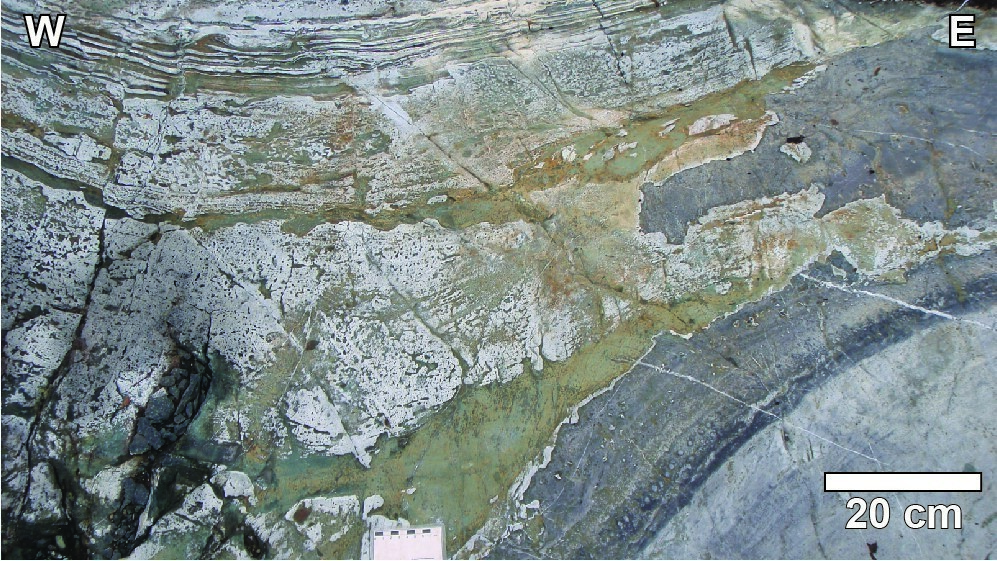 The unit was originally referred to as the “Upper Border Zone” by Allard (1976). It was first included in the “Upper Series” by Daigneault and Allard (1990); it now constitutes an informal lithodeme within the Lac Doré Upper Unit (Leclerc et al., 2017). 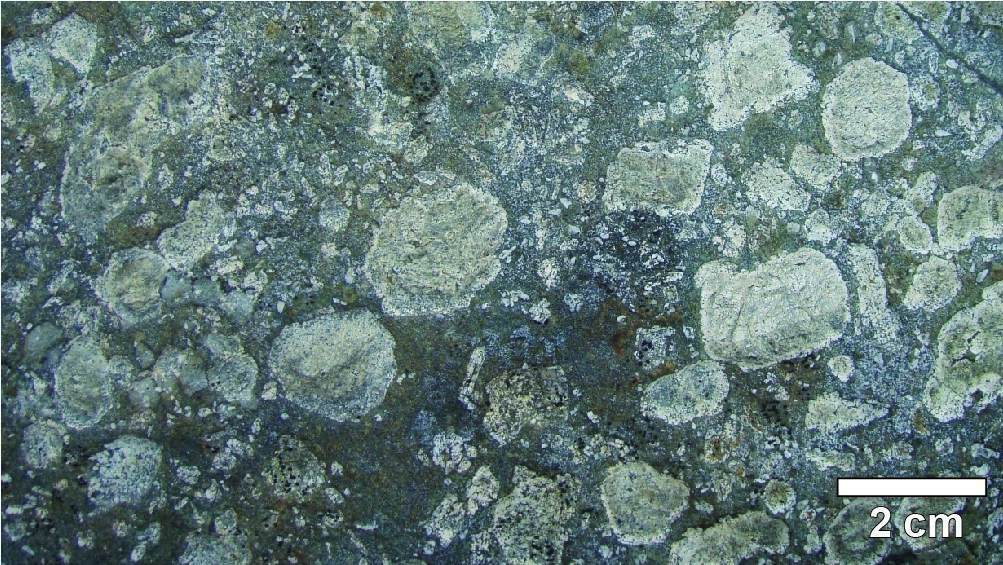 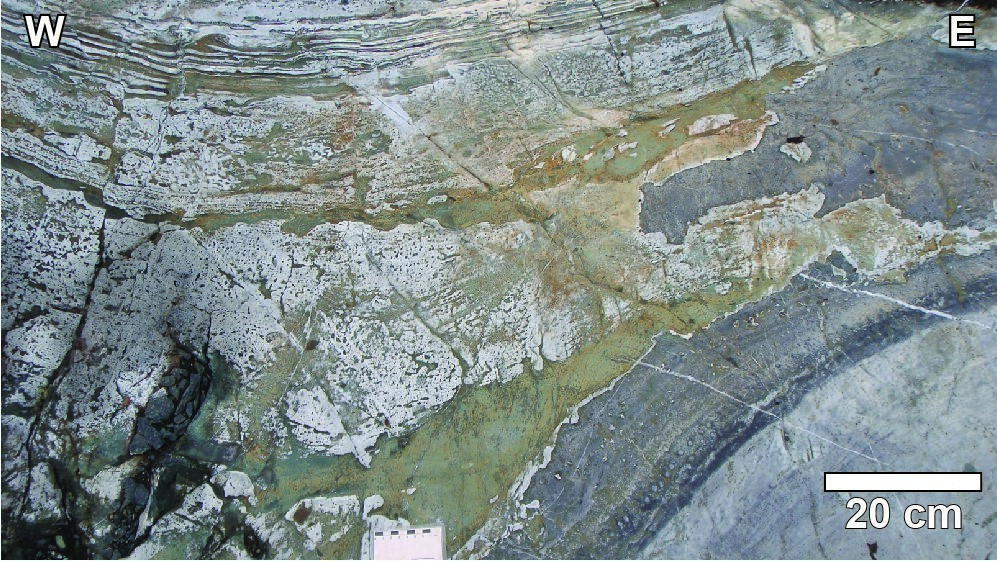 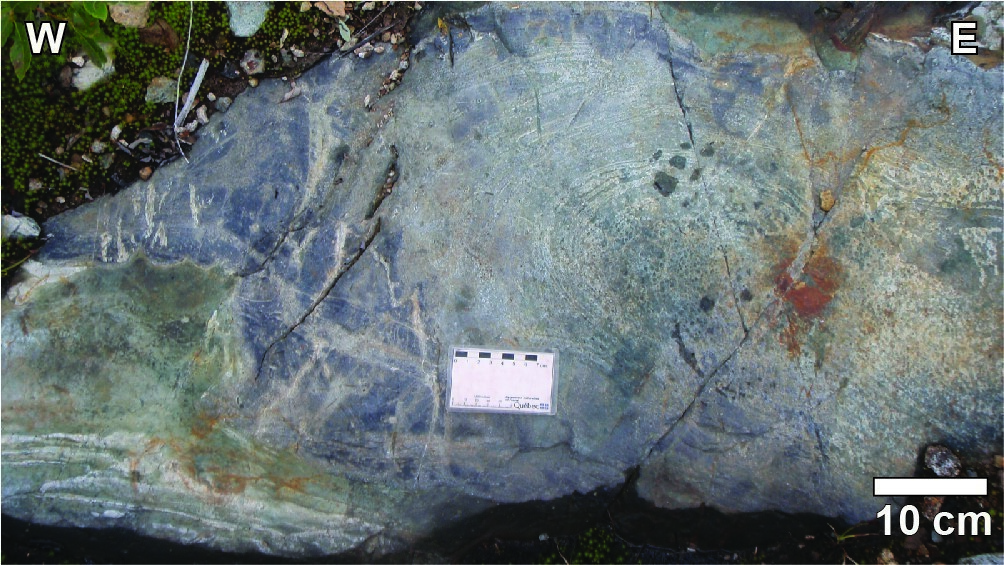 “The border zone is best exposed on the northern flank of the Chibougamau Anticline, where it was recognized to the north of David Lake to the Portage Island area. The 1:10 000-scale geological synthesis of the Chibougamau mining camp (Houle, 1990) suggests that the border zone in this area consists of alternating gabbro (nAdbo1) and pyroxenite (nAdbo2). Quartz gabbro of the granophyric zone is also interstratified with rocks of the border zone similarly to that observed on the southern flank. North of Clark Lake, the border zone contains anorthosite displaying a very well-preserved cumulate structure. This massive white to light-grey rock shows a subtle layering. A second type of anorthosite contains immiscibility structures that suggest crystallization from two liquids of different composition. This anorthosite contains plagioclase as a cumulus phase and is injected by a mafic phase that is now entirely chloritized. These structures also suggest migration of mafic intercumulus liquids in a process similar to that invoked by Robins et al. (1987) in the Honningsvåg Intrusive Suite, in northern Norway. The contact between the two types of anorthosite is intrusive and irregular, including many interstratifications. At the edge of the intrusive contact, over a space of 10 cm to 30 cm, the anorthosite’s cumulate structure disappears in favour of banding characterized by concentric folds and structures. Locally, the contact is characterized by a ~10 cm-thick dark grey to black﻿ fine-grained zone, interpreted as a chilled margin.”

“Pyroxenites of the border zone are interstratified with anorthosites and quartz gabbros over a thickness of a few meters north of Clark Lake, on the northern flank of the Chibougamau Anticline, and with granophyres in the Lemoine Mine area on the southern flank. The pyroxenes, altered to acicular actinolite, are accompanied by disseminated pyrrhotite, which explains the rock’s strong magnetism.”

“The siderite alteration zone including pyrite, chalcopyrite and talc locally has been identified within the E-W Lac Sauvage Shear Zone and synchronous NW-SE shear zones (Houle, 1990). These alteration zones are a few tens of metres thick and extend laterally for <100 m.”