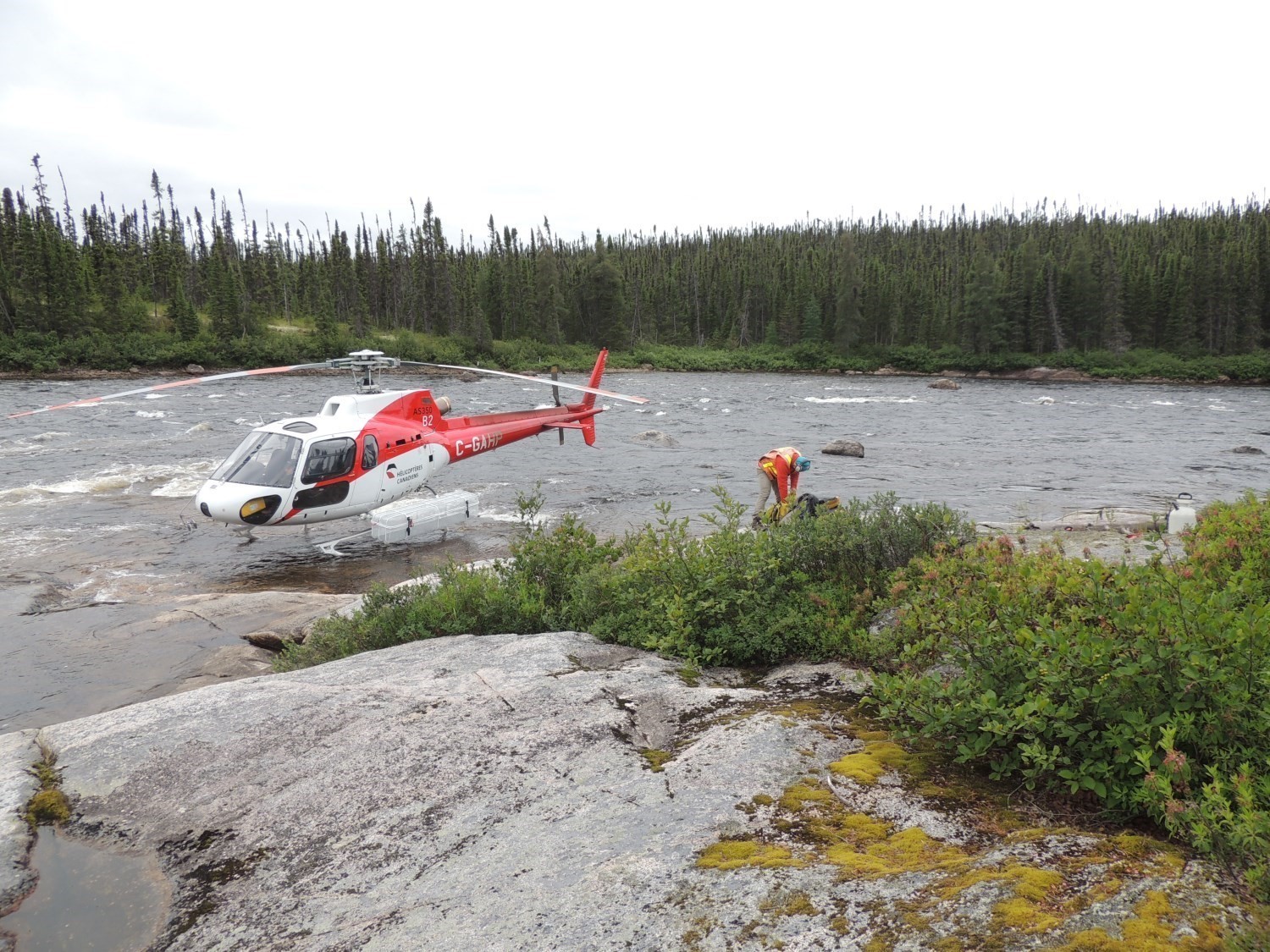 The Féron Suite was defined during the geological mapping work of 2012 in sheets 33G01, 33G02 and 33H04 (Goutier et al., in preparation). The mapping work of Gigon and Goutier (2017) expanded this suite in sheets 33H02 and 33H03. The work in 2016 (Goutier, 2018) allowed for the identification of new occurrences of the Féron Suite in sheets 33F01, 33G04 and 33G05. From this work, the belongingness of certain intrusions of the Bezier Suite to the Féron Suite is also changed in sheets 33G05 and 33G06. The Casterne Pluton was defined as a result of geological mapping in 2018, during which a new sample for isotopic dating was taken in the NE corner of sheet 33G03 (Côté-Roberge and Goutier, 2019). Units in the Féron Suite are restricted to the Opinaca Subprovince. Unit Afer3, defined in sheet 33G01 by Goutier et al. (in preparation) following the work of 2012 has been joined to unit nAfer2 (Goutier, 2018). 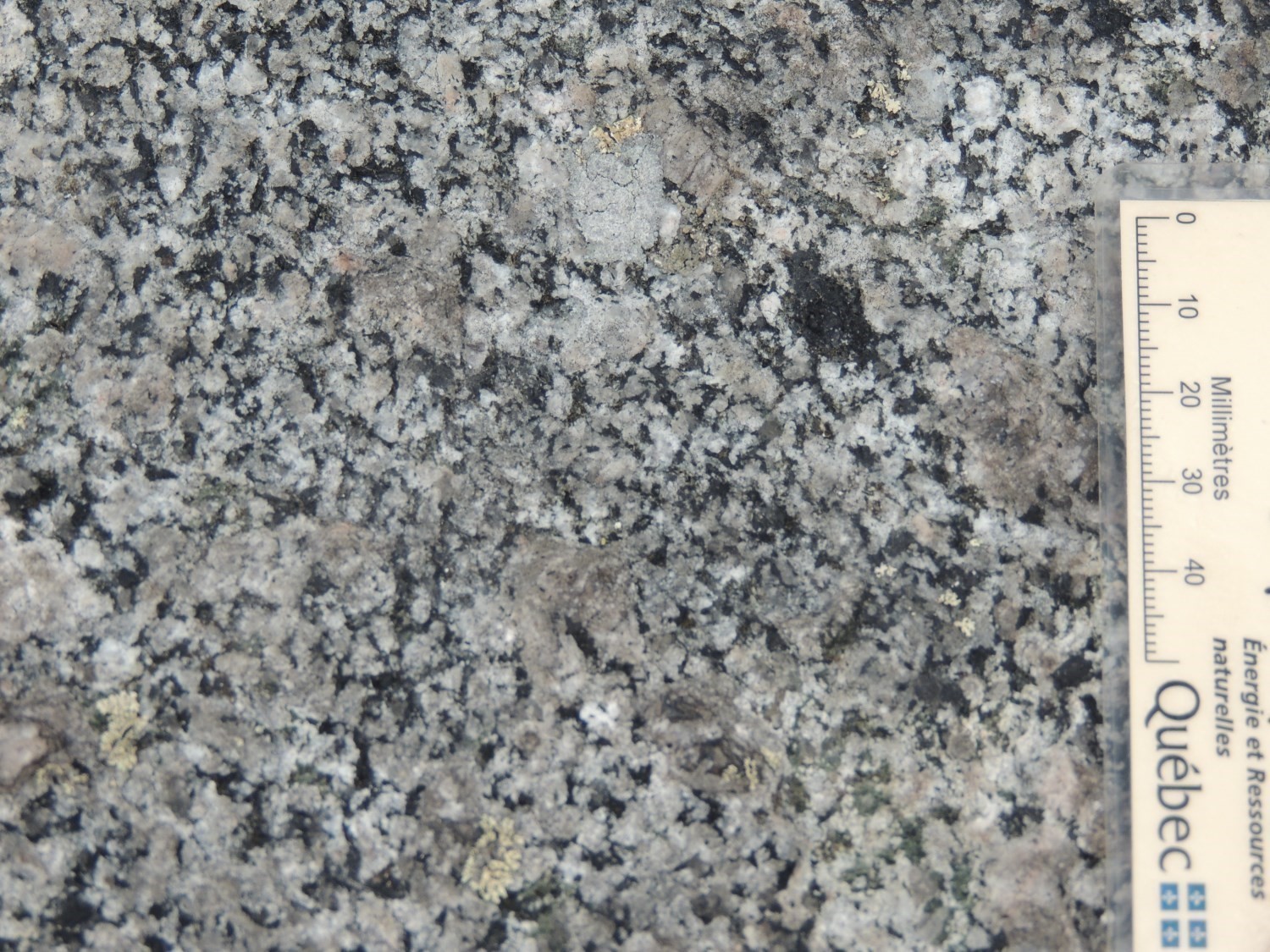 Unit nAfer1 consists of a group of quartz monzodiorite, monzodiorite, quartz monzonite and hornblende, biotite and magnetite monzonite. These lithologies are usually K-feldspar porphyritic and intruded by granite. The rock is grey and foliated. The characteristic minerals are hornblende (5-30%), biotite (5-20%) and magnetite (<5%). Outcrops are characterized by K-feldspar ranging in size from 0.5 to 3 cm and representing 5 to 20% of the rock. Locally observed are diopside (15% of the rock on one of the outcrops), hypersthene, titanite and pyrite. The rock is sometimes altered in hematite, epidote or chlorite. Several fusiform enclaves of various lithologies are found throughout outcrops. Foliated diorite enclaves are decimatric and contain hornblende, biotite and magnetite, while magnetite hornblendite enclaves are centimetric, foliated and finely grained. Finally, centimetric and fine-grained amphibolite enclaves are observed (Goutier et al., in preparation). 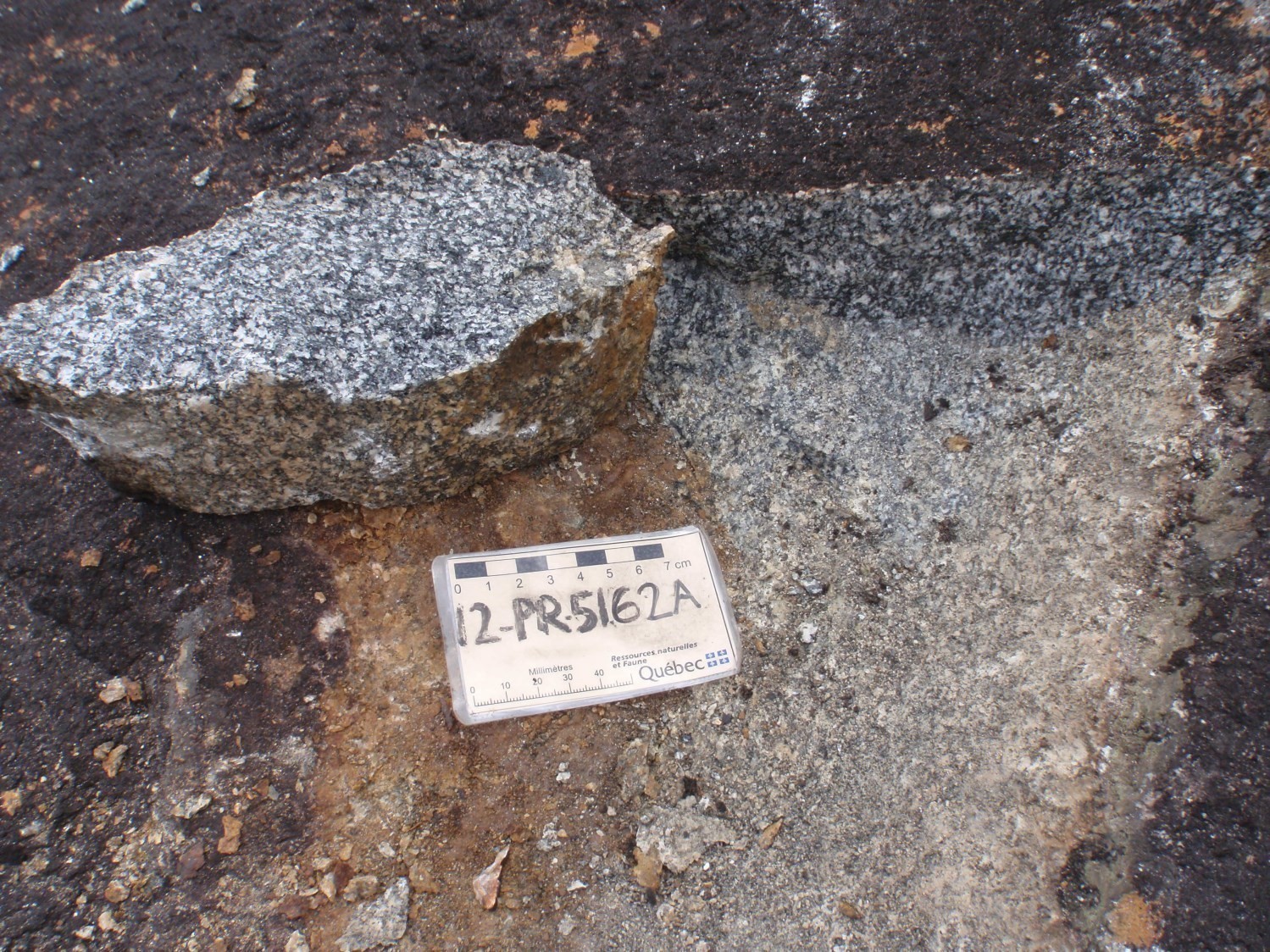 Unit nAfer2 is an assemblage of diorite, tonalite and monzodiorite whose main intrusion is to the SW of sheet 33G01. These lithologies contain biotite (<20%), hornblende (<15%), magnetite and locally hypersthene and chlorite. In thin section, plagioclase is anti-perthitic and accessory minerals are apatite and zircon. The rock is heterogeneous and has light grey patina and fresh surface. The mineralogical assemblage of the rocks in sheet 33G01 is migmatized, as shown in the tonalitic mobilisate. A weak foliation is indicative of low deformation. Some fine-grained hornblendite enclaves were observed in the diorite; they contain diopside, magnetite and biotite. This unit is cut by decimetric intrusions of coarse-grained pegmatitic granite.

The Féron Suite most likely extends southward in sheet 33B, where it is believed to correspond to unit AOAN2 of Simard and Gosselin (1999). Unit AOAN2 unit also has a strong magnetic signature. 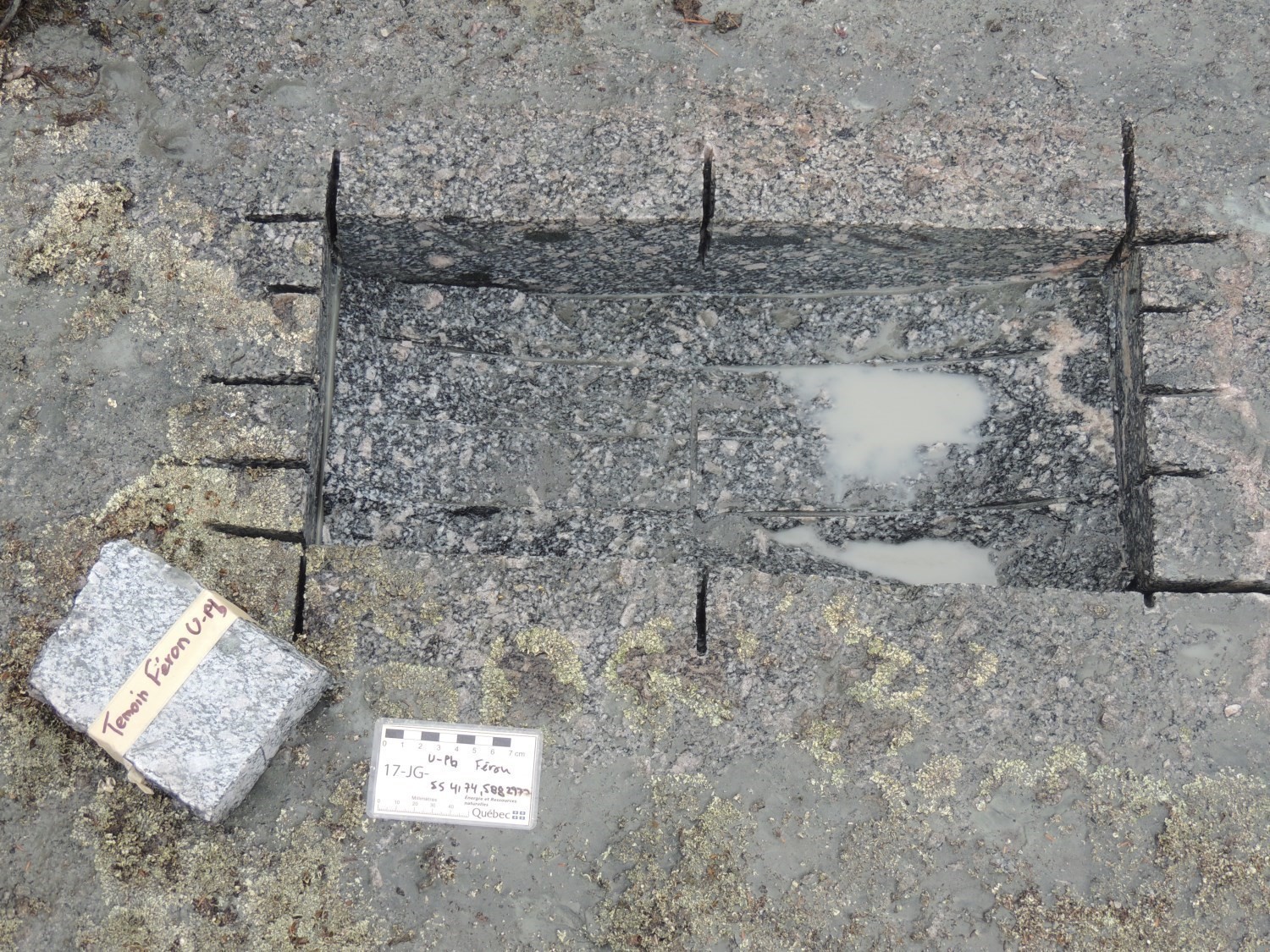 Isotopic dating was conducted on samples collected in 2014, 2017 and 2018 in the Frégate and Casterne plutons, as well as in an unnamed pluton belonging to this suite (outcrop 2012-QD-2049). The ages obtained range from 2710.4 to 2701.5 Ma and are considered to be crystallization ages (Augland et al., 2016; David, personal communication, February 2019). These ages also correspond to minimum sedimentation ages for the Laguiche Basin in their respective areas.

The Féron Suite is intrusive in the Laguiche Complex, especially in units nAlgi2a, Algi3a and Algi4a. It is cut by dykes from the Vieux Comptoir Granitic Suite and diabases from the Mistassini Dyke Swarm and Lac Esprit Dykes.