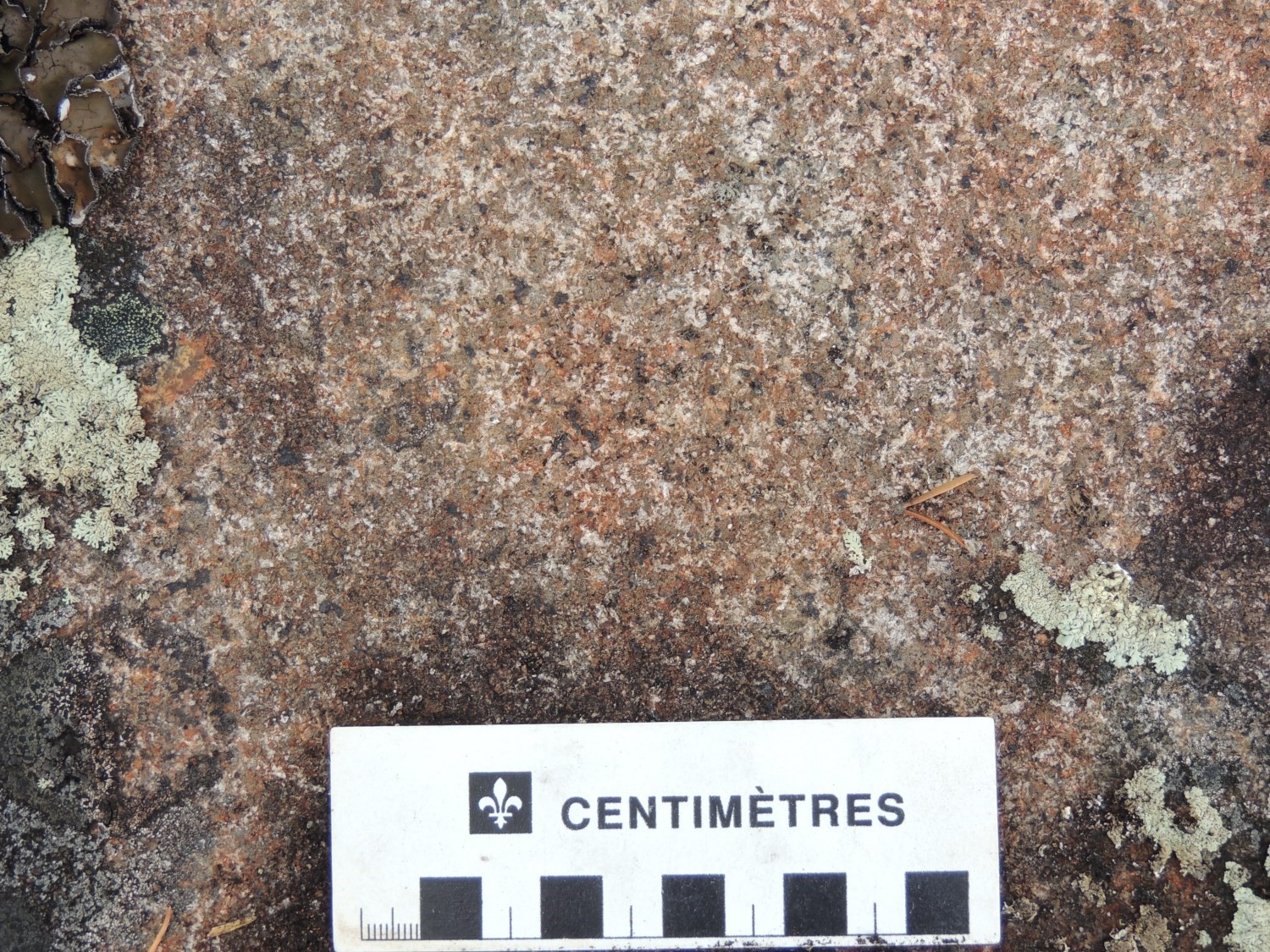 Diabase dykes of the James Bay Eeyou Istchee municipality have been recognized since the beginning of geological mapping (Eade et al., 1958; Heywood et al., 1959; Eade, 1966). These dykes were not assigned to specific units. Subsequently, thanks to federal aeromagnetic surveys and new provincial government surveys, it was possible to extrapolate dykes over greater distances. During regional mapping of the Middle North program, a joint project between Géologie Québec, the Geological Survey of Canada and the Jack Satterly Geochronology Laboratory was undertaken to sample diabase dykes of the Yasinski Lake (NTS sheet 33F) and the western half of NTS sheet 33G. The purpose of this project was to determine the paleomagnetic signature, petrography, geochemistry and age of these dykes. New dyke families have been defined (Lac Esprit Dykes, Goutier et al., 1998a,b, Hamilton et al., 2001, Buchan et al., 2007; Shpogan Dykes, Buchan et al., 2007) and known swarms have been recognized farther north (Buchan et al., 2007: Mistassini and Matachewan dyke swarms, Senneterre Dykes). 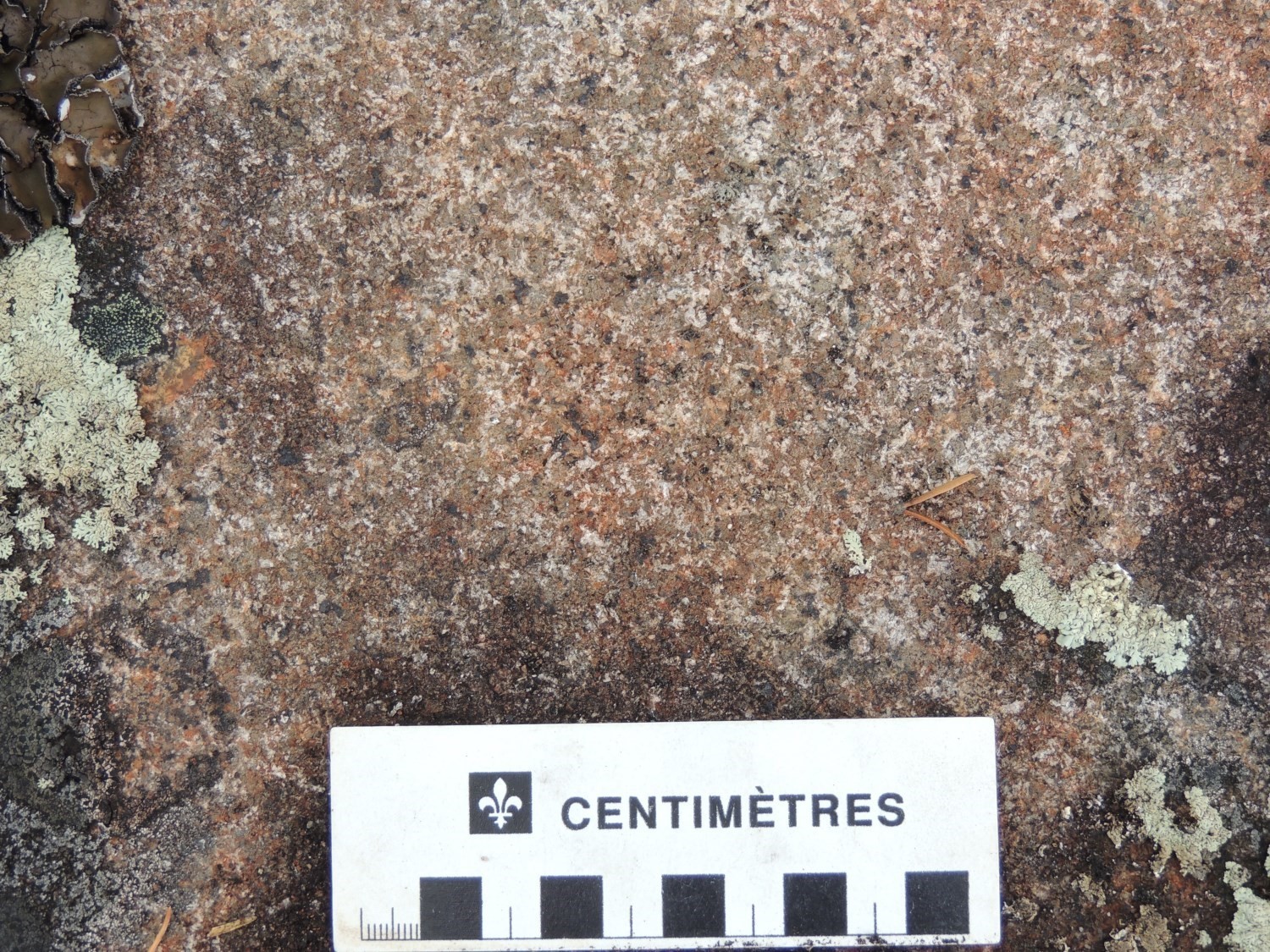 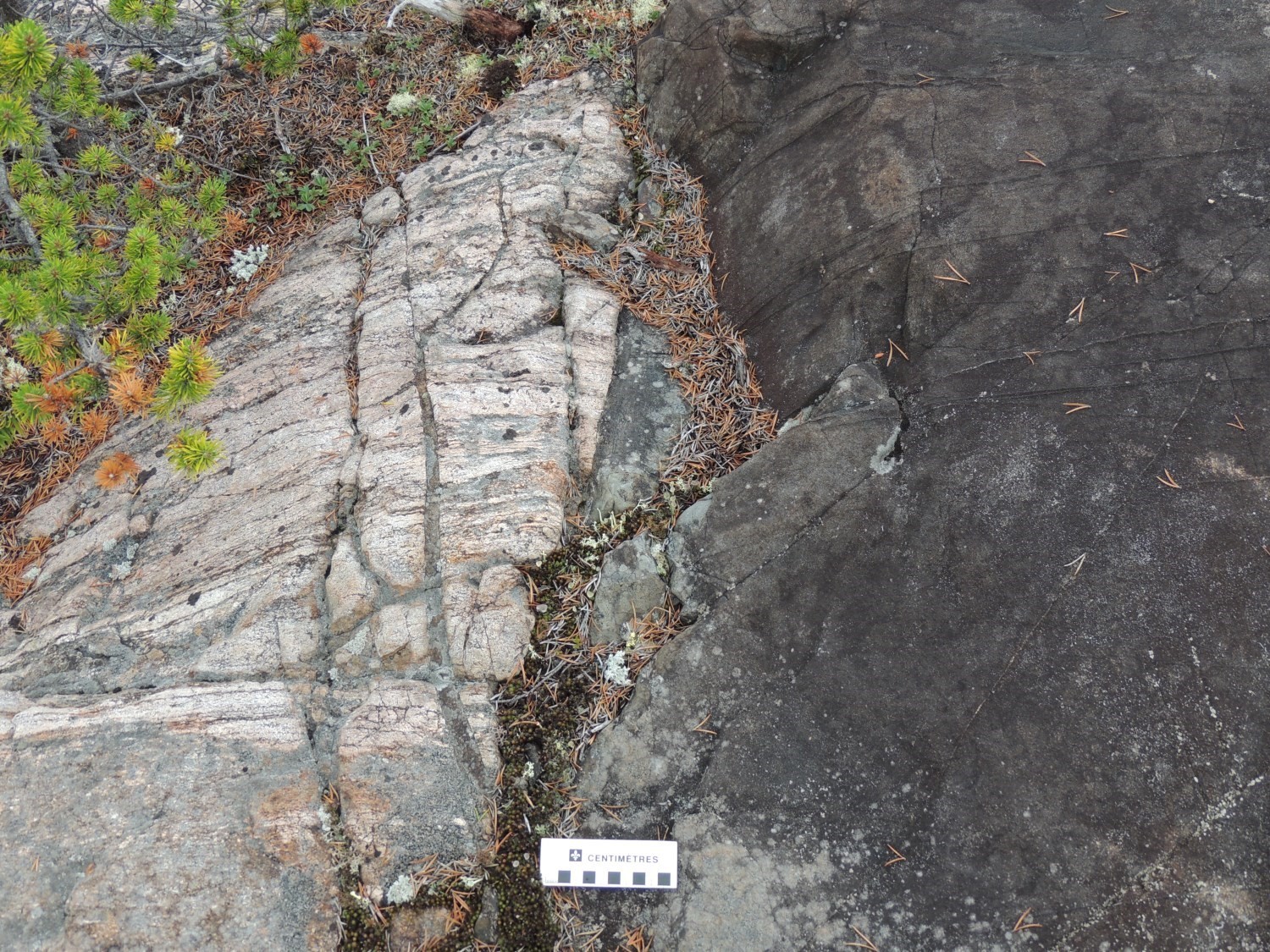 The Lac Esprit Dykes are composed of diabase of gabbroic to gabbronoritic composition. They are characterized by a positive relief and a positive linear aeromagnetic anomaly, as well as a strong magnetic susceptibility. The rock is medium-grained in the center of the dyke and is very fine-grained at the edge. It has a gray to dark green color in fresh exposure and is brown in altered surface. The rock is magnetic, massive and homogeneous. It has a chill margin and a sharp contact with surrounding rocks. Dykes are composed of plagioclase generally altered to damourite and locally porphyritic, with partially uralitized augite, magnetite-ilmenite (between 1 and 5%) and locally leucoxene. A mineral completely replaced by an assemblage of chlorite and acicular amphibole, which could be orthopyroxene, is observed in thin sections. Fine pyrite and pyrrhotite are commonly observed. Accessory minerals in thin sections include biotite (<2%) commonly altered to chlorite, epidote, apatite, quartz and zircon.

The pPesp unit is the general unit used on previous maps. The dominant unit of the Lac Esprit Dykes is pPesp1. Dykes of this unit are aphyric and homogeneous while those of the pPesp1a unit are porphyritic with plagioclase phenocrysts, 0.5 to 2 cm in size, composing 1 to 5% of the rock.

The pPesp2 unit is currently limited to two NW-oriented dykes, one of which is older (2090 Ma, preliminary age, M. Hamilton, personal communication 2016). 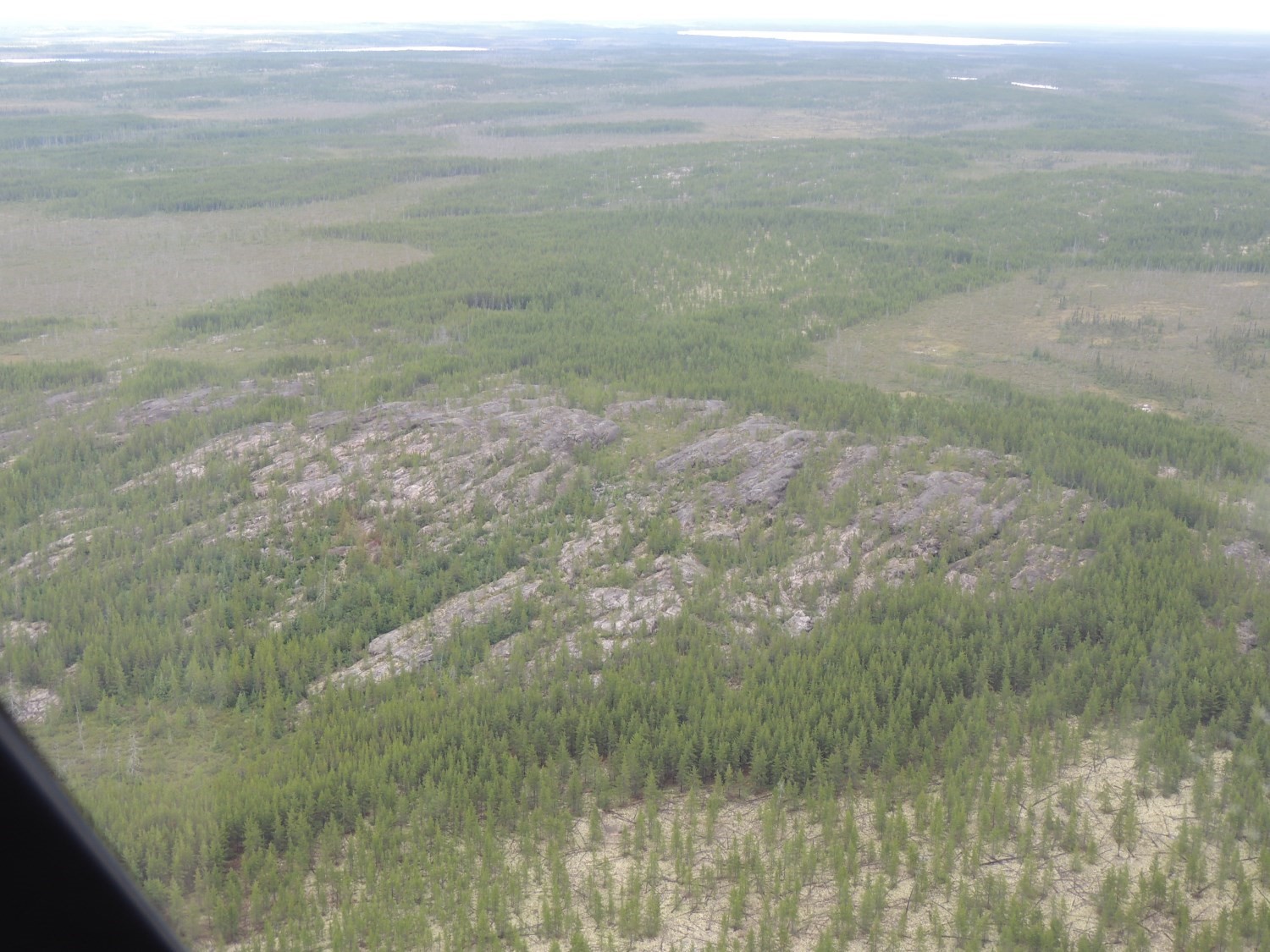 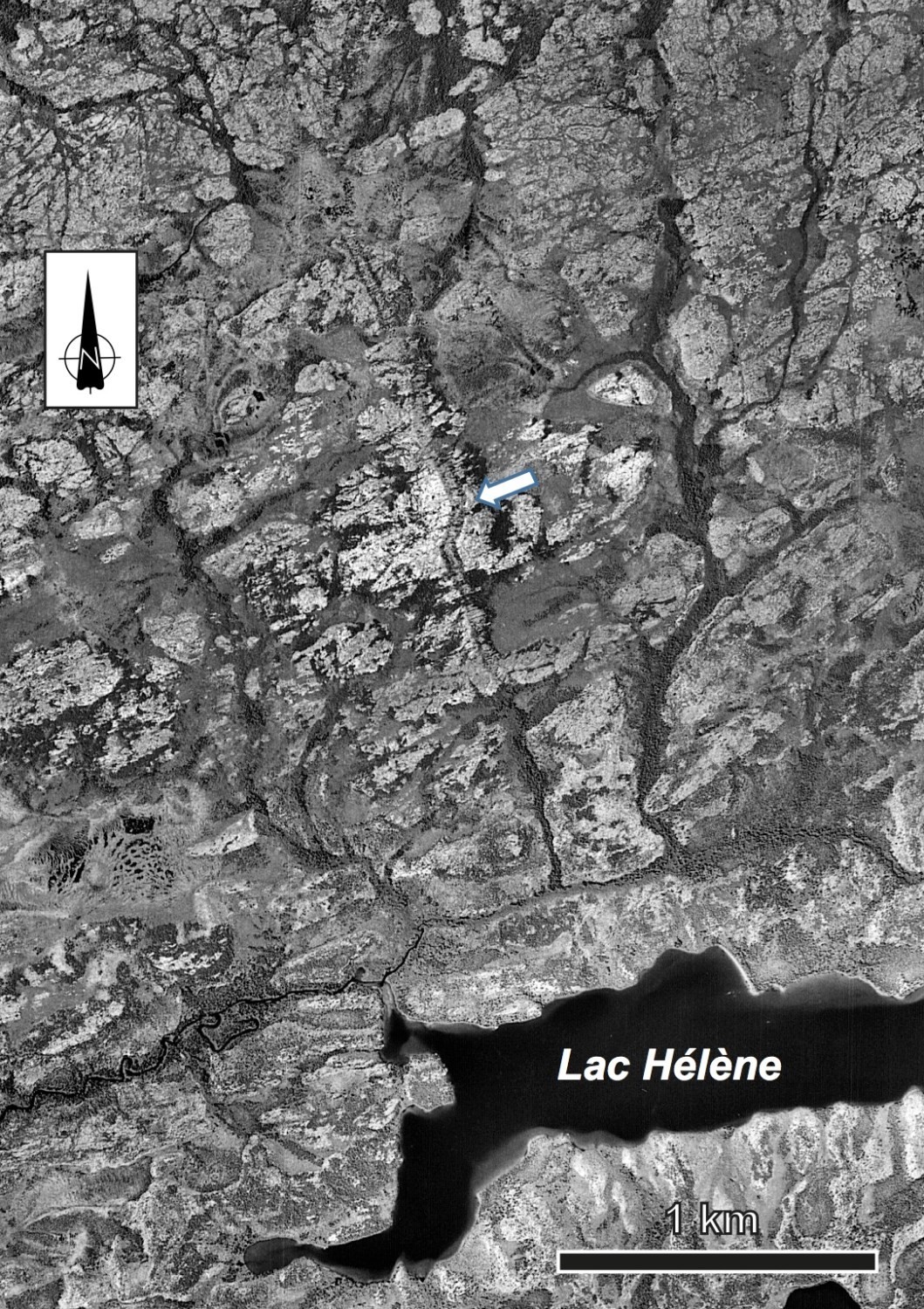 Dykes have an average thickness of 35 meters and a maximum thickness of 100 meters (Buchan et al., 2007). The Lac Esprit Dykes were recognized over an area extending from Robert-Bourassa Reservoir to south of Evans Lake, and from south of Laforge 1 Reservoir to north of Mistassini Lake, covering an area of 125,000 km2. They are observed in outcrop from the air, or in some cases on aerial photographs and satellite images and on aeromagnetic maps. They cut Archean rocks of the Minto, La Grande, Opinaca and Opatica subprovinces of the Superior Province, as well as clastic rocks of the Sakami Formation. They have an NW to NNE orientation radial to a focus centered about 250 km SE of Mistassini Lake, such as the Mistassini Dyke Swarm. 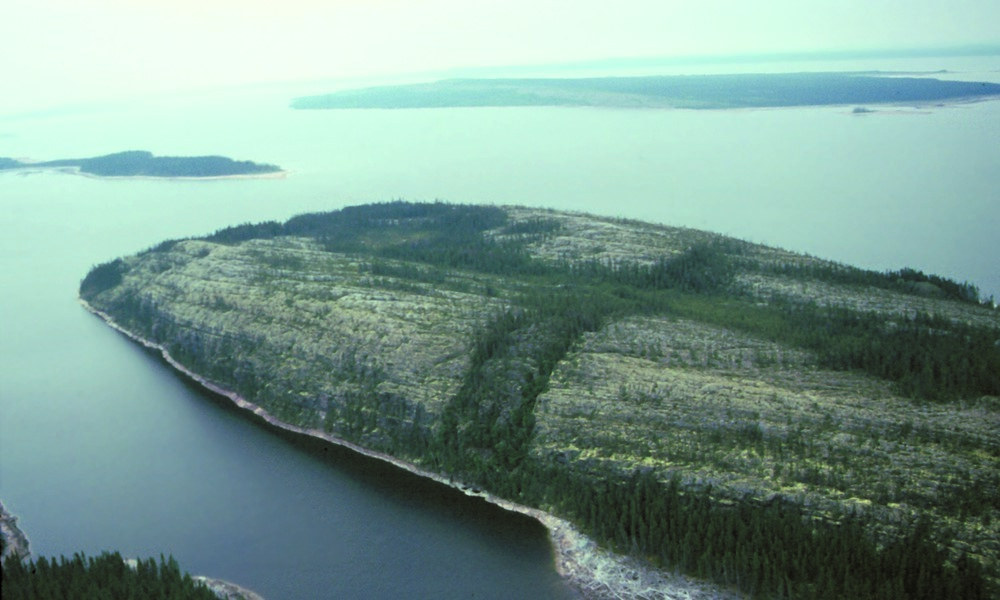