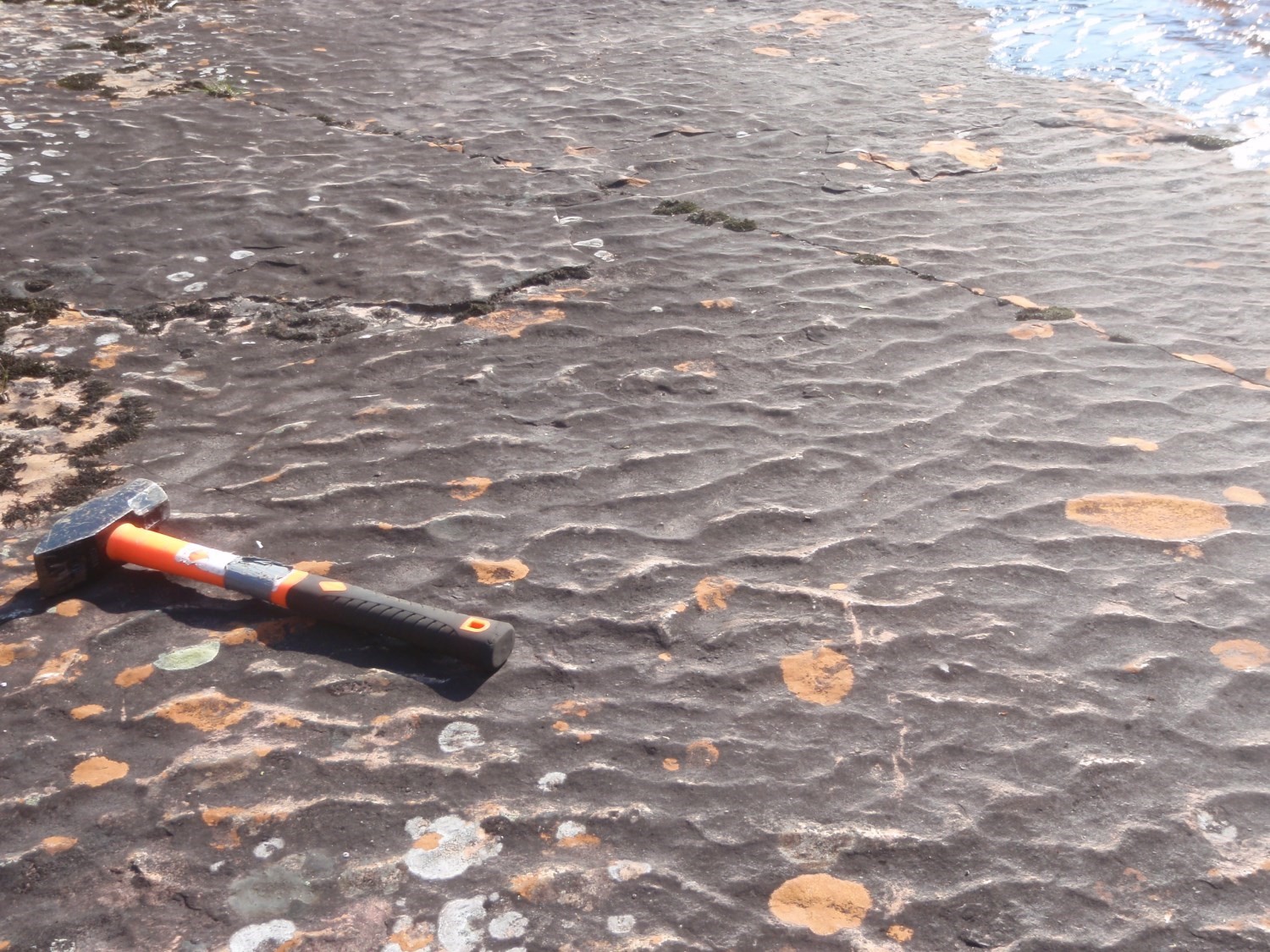 The Péribonca Group corresponds to the Péribonca Formation of Chown and Caty (1973) to which Genest (1989) added three units at the base which he associated with the Laparre Formation. Correlations between the different nomenclature used in previous work are presented in the Otish Supergroup record, and in the summary table and synthetic lithostratigraphic column of Genest (1989, pp. 21 and 53). The Ministère compilation maps (MRNF, 2010a-c) are essentially based on the descriptions of Genest (1989) summarized in the following section. The name comes from the Péribonca River, which originates in the Otish Mountains area (sheets 23D07 and 23D08).

The Péribonca Group groups oxidized units of the Otish Basin. Genest (1989) divided it into three formations based on their petrographic characteristics: the Laparre, Gaschet, and Marie-Victorin formations. This group differs from the underlying Indicator Group in several ways:

Chown and Caty (1973) had divided the Péribonca Formation (now Péribonca Group) into two separate members: Member A being the upper part of the Laparre Formation and the lower part of the Gaschet Formation, while overlying Member B encompasses the upper part of the Gaschet Formation and the Marie-Victorin Formation. The trace of the Member A stratotype follows a small N-S creek valley on the north side of the Otish Mountains main range. The Member B stratotype begins east of a small lake and continues on the western slope of the Otish Mountains main range. Type sections of Chown and Caty (1973), as well as correlations with present subdivisions, are presented below:

The Péribonca Group occupies the centre of the Otish Basin. It forms a strip that extends 140 km in a general NE-SW direction, following the trace of a regional synform, for a width varying from <10 km in the NE part to 30 km in the widest part. Its minimum thickness is estimated at 1200 m as the top is in erosional contact with overlying quaternary deposits (Genest, 1989). Paleoproterozoic units of the Otish Basin generally have low dips. The distribution of the different sedimentary units is largely controlled by the underlying Archean basement paleotopography, fault zones and topography of the area.

The Péribonca Group is cut by gabbro dykes and sills associated with the Otish Gabbro dated to 2169 Ma (Hamilton and Buchan, 2016; Miligragovic et al., 2016), giving it a minimum sedimentation age.

The Péribonca Group mostly conformably overlies quartz sandstone and red mudstone of the Shikapio Formation (Indicator Group). At only one location, it was observed unconformably (angular discordance) lying directly on Archean bedrock (Genest, 1989). It is cut by gabbro dykes and sills associated with the Otish Gabbro, mainly in the northern part of the Laparre Formation.