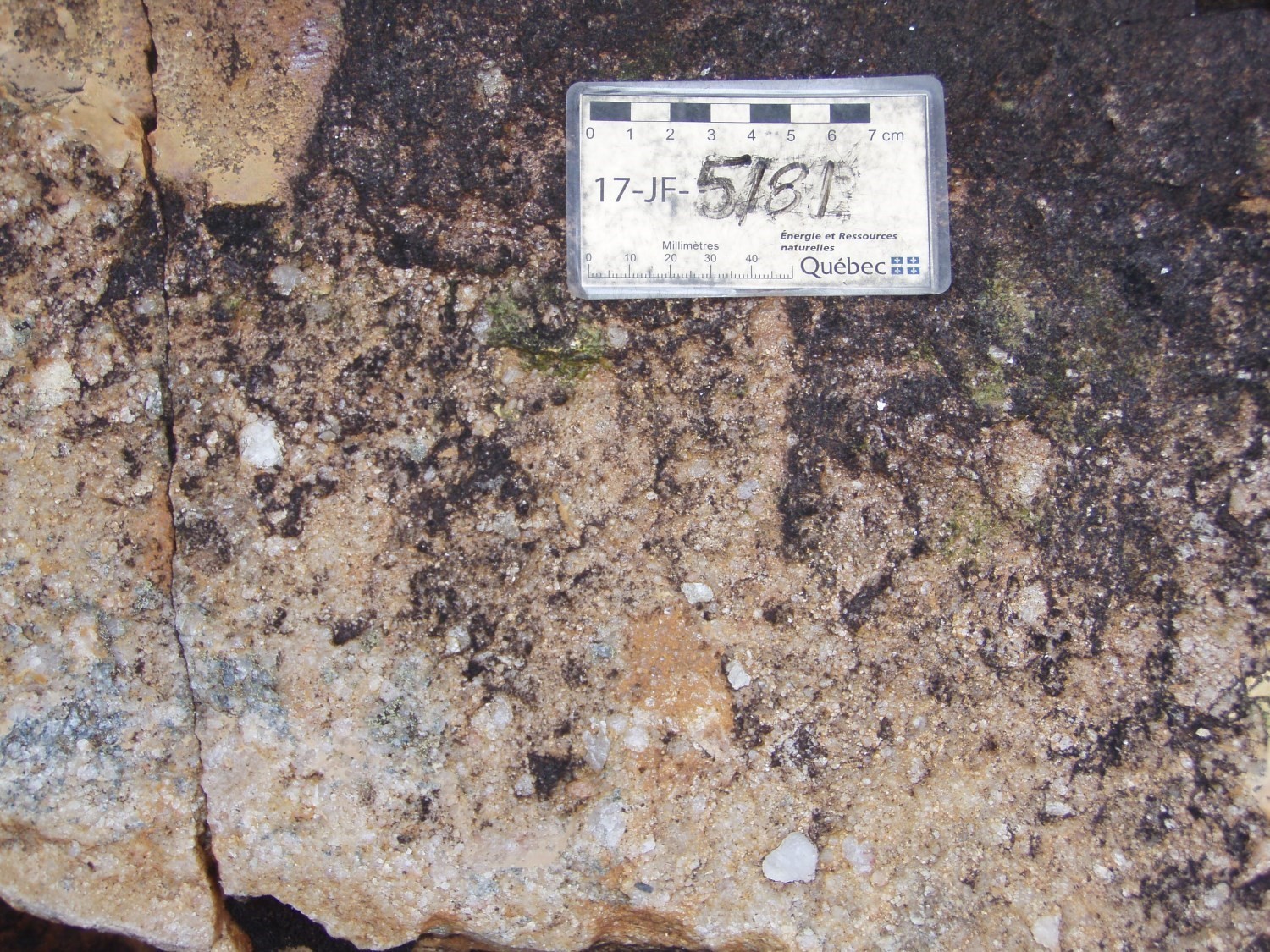 The « Shikapio Formation » was established by Genest (1989) and refers to a lake in the NE Otish Basin (sheet 23D07). The Shikapio Formation corresponds to the last two units described by Chown and Caty (1973) in the type section of the Indicator Formation, later elevated to the rank of group (Indicator Group) by Genest (1989). Correlations between the different nomenclature used in previous work are summarized in the Otish Supergroup record and in the summary table of Genest (1989, p. 21). The Ministère‘s compilation maps (2010a-c) are essentially based on descriptions from Genest (1989) which are summarized in the following section. 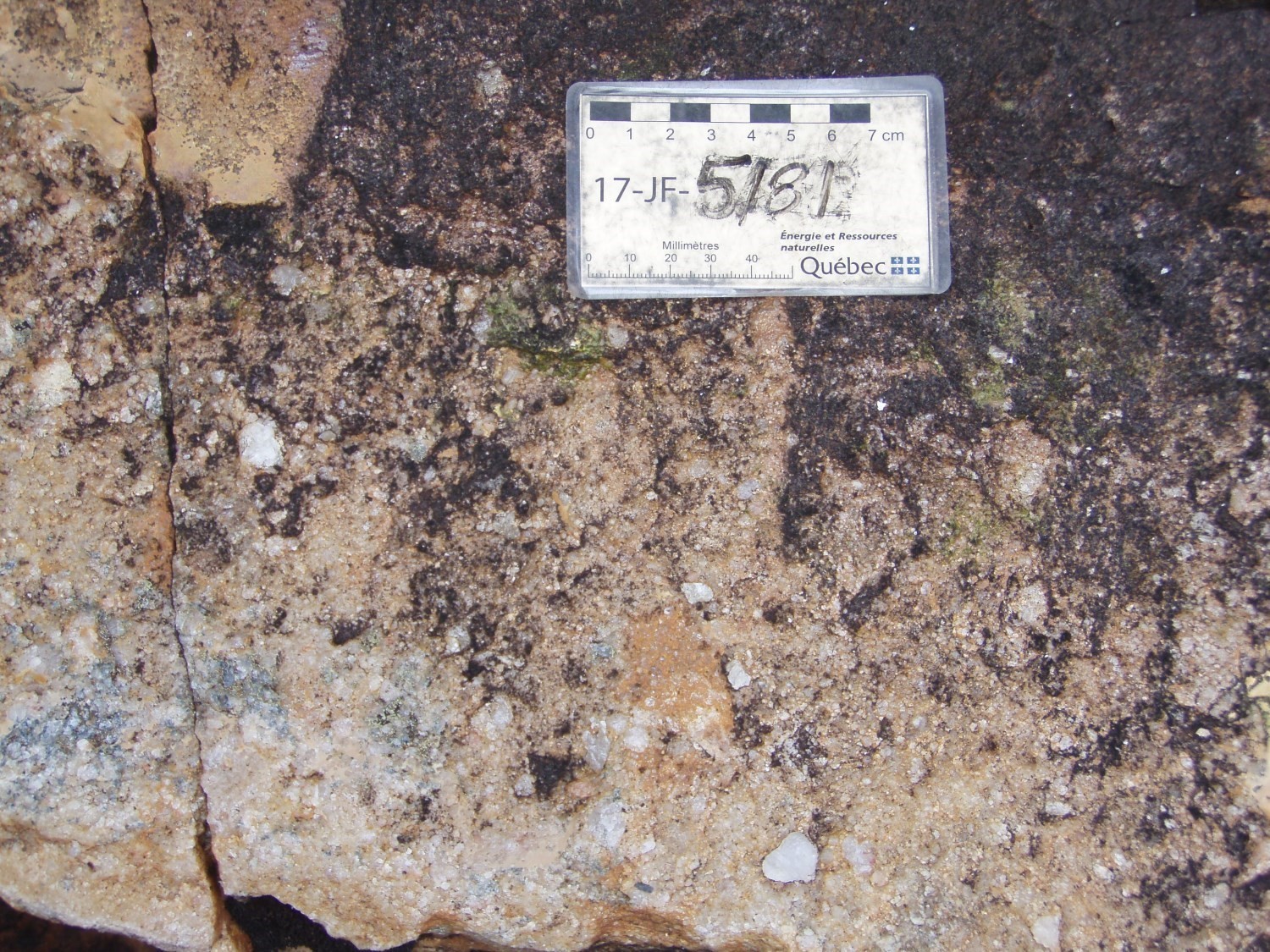 The Shikapio Formation consists of conglomerates and sandstones comparable to those of the underlying Matoush Formation. However, the decrease in bed thickness and the presence at the top of a mudstone bed characterized by the presence of desiccation cracks suggest a decrease in sedimentary dynamics. Genest (1989) divided the formation into two separate members, Member A composed of conglomerates, and Member B composed of sandstone. This division is not used here.

Conglomerates have the same lithological and petrographic characteristics as those of the Matoush Formation. Sandstone is feldspathic to quartzitic in composition, medium to coarse grained, well sorted and finely laminated, with large oblique stratifications. They vary in colour between pink, white and beige, reflecting the alternating thin laminations. Summital quartzitic sandstone is charaterized by the presence of red, locally beige mudstone beds with dessication cracks.

The stratotype of the Shikapio Formation is described by Chown and Caty (1973) in the type section of the Indicator Formation (now Indicator Group) on the north side of the hill north of Conflans Lake:

The Ministère’s geological compilation maps distinguish this unit in sheets 22M15 and 22M16 (MNRF, 2010a).

The Shikapio Formation is ubiquitous throughout the Otish Basin. It generally forms a main strip that follows the trace of a regional syncline of general NE-SW orientation (bottom half of sheet 23D and sheet 22M13). It is also observed intermittently in sheets 22M15 and 32P16. The thickness of the formation is highly variable, ranging from 32 to 645 m. For example, the basal conglomerate sequence (Member A of Genest, 1989) is 20 m thick on average in the NE part of the basin (southern half of the sheet 23D), while it reaches 432 m in the Indicateur Lake area (sheet 22M13).

The Shikapio Formation is cut by gabbro dykes and sills associated with the Otish Gabbro dated to 2169 Ma (Hamilton and Buchan, 2016; Miligragovic et al., 2016), giving it a minimum sedimentation age.