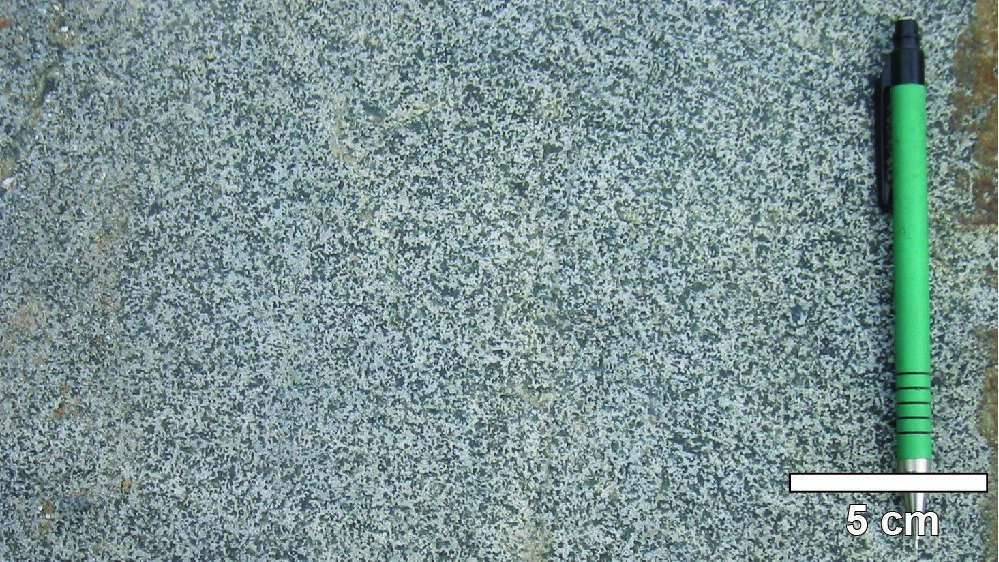 The Smith Sill was initially described in Horscroft’s thesis (1957). Reverse modelling work by Bédard et al. (2009) showed that rocks of this differentiated intrusion are chemically distinct from those of the Cummings Intrusive Suite, their composition being closer to that of the Roy Group subvolcanic sills. 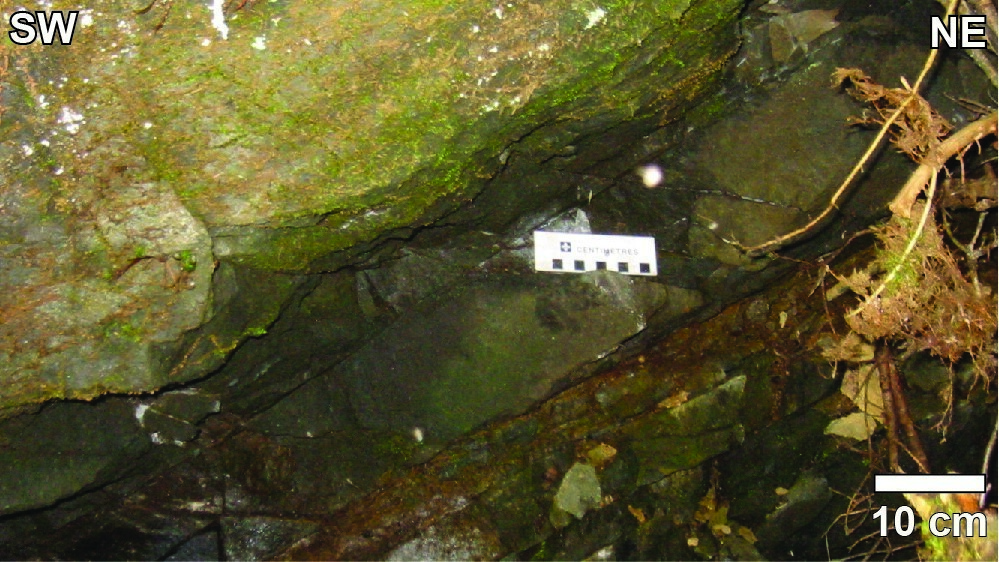 The basal unit consists of clinopyroxenite (20 m in thickness) which is highly altered in amphibole (85% of the rock, 1-2 mm) and calcite. Basal and sommital contacts are not exposed.

Unit nAsmi2 forms the core of the intrusion and consists of medium-grained gabbro and gabbronorite (215 m in thickness). Towards the top of the median portion, gabbro is coarse grained and subophitic. 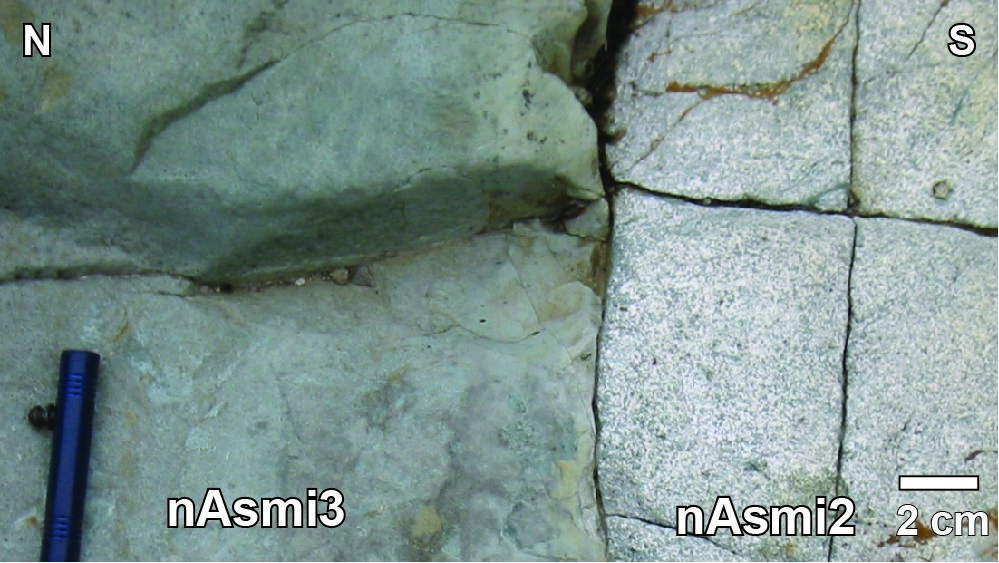 The sommital portion of the Smith Sill (495 m in thickness) consists of ferrogabbro and quartz diorite that can contain up to 29% quartz (Horscroft, 1957). The graphic texture results from quartz and plagioclase intergrowth (Bédard et al., 2009).

The total thickness of the Smith Sill is at least 760 m, considering that the basal contact is not exposed. It has an E-W width of approximately 1.9 km.

The Smith Sill cuts volcano-sedimentary rocks of the Bruneau and Blondeau formations. At its NE border, it is cut by rocks of the Ventures Sill. Located at the base of Cummings Intrusive Suite, the Smith Sill was considered a possible apophysis of the Bourbeau Sill (Côté-Mantha, 2009). However, magmatic fluid evolution modelling indicates that the parent magma of this intrusion has a tholeiitic composition closer to that of comagmatic sills hosted in the Roy Group volcanic rocks (Bédard et al., 2009).