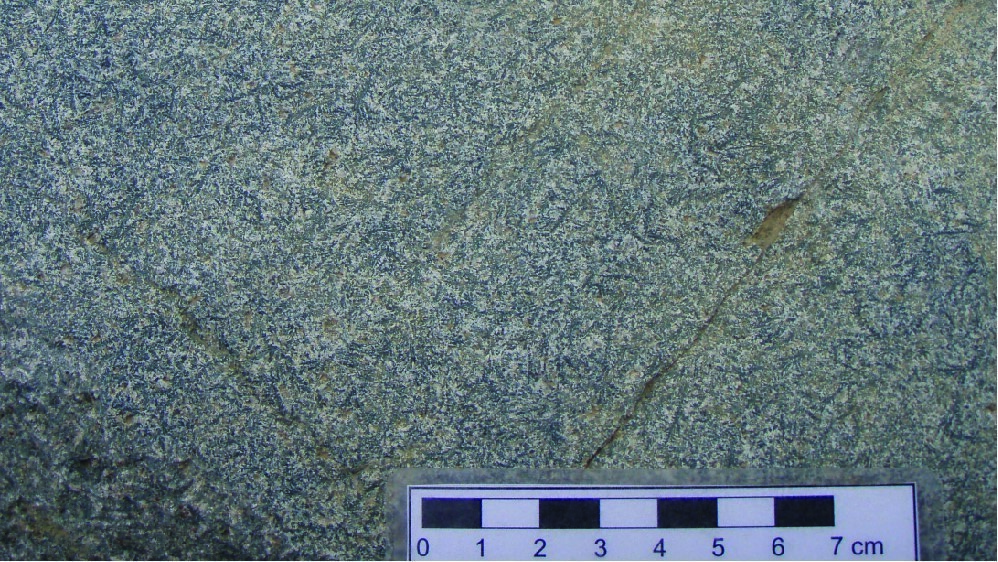 The Bourbeau Sill stratigraphy was established by Duquette (1982) following mapping work in the Roy Township. Stratigraphic drillings east of Barlow Lake (Poitras, 1984) and the Cummings Lake roadway section were used to discuss petrology and geochemical characteristics. The study by Dubé and Guha (1987) details the stratigraphy and metallogenic potential of the Bourbeau Sill in the Cooke (Chapais) and Norbeau (Chibougamau) mines areas.

The Bourbeau Sill (nAbou) consists of a thin layer of basal bronzite-clinopyroxene pyroxenite, overlain by massive subophitic leucogabbro and a large amount of ferrodiorite and quartz ferrogabbro. 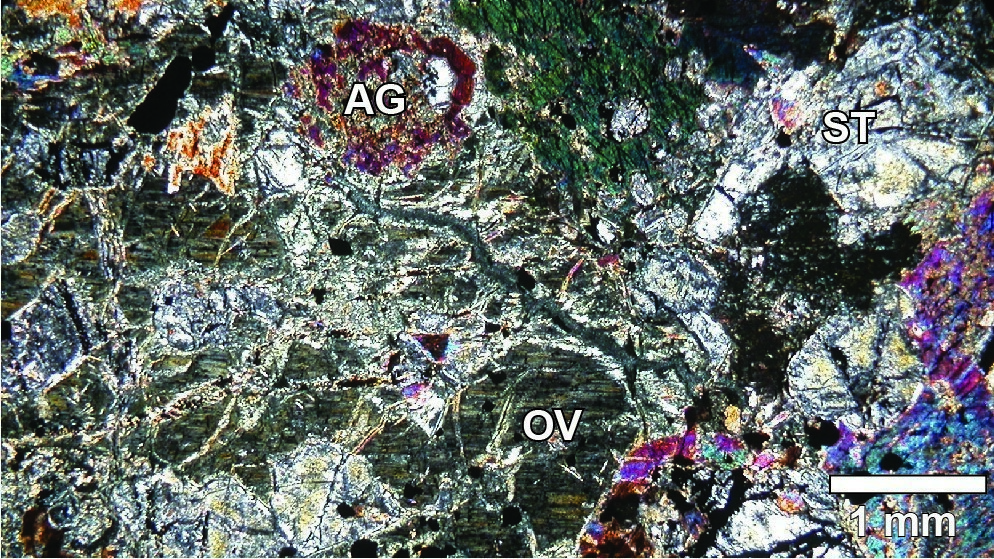 According to Duquette (1982, p. 23–24), websterite “consists of medium-grained crystals of uralitized augite (brownish ferrohastingite and green actinolite) and completely serpentinized olivine. The rock is dark green or black in fresh exposure but grey in altered surface”. 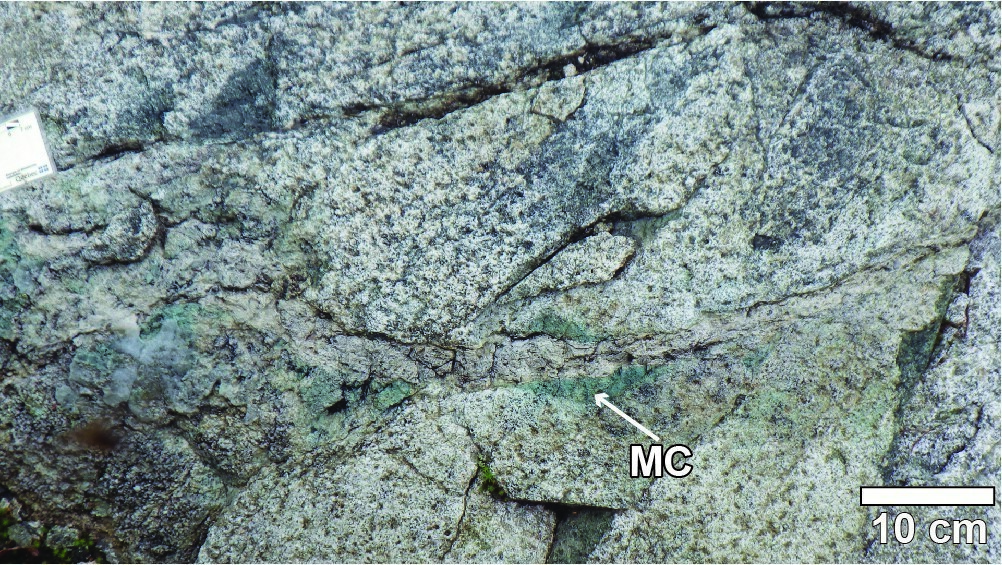 According to Duquette (1982, p. 24): “Leucometagabbro, which varies in colour from whitish to greenish light grey, consists of cumulate equidimensional crystals, fine to medium-grained, of partially saussutirized andesine (An30-35) and a few larger crystals of highly uralitized and chloritized augite. All of these cumulates are coated with a fine mixture of leucoxenized sphene and ilmenite, quartz, chlorite, hornblende and epidote. Despite the presence of andesine in this rock, we preferred to call it metagabbro because its chemical composition, at least in its lower half, is clearly gabbroic. In its upper half, however, it may have an overall dioritic composition. As can be seen in most cumulates, leucometagabbro shows, in several places, a very well-developed rhythmic bedding, with each layer showing an abundance of augite crystals at its base and plagioclase at its summit. Likewise, the passage between these two types of mineral concentration occurs gradually throughout the same layer but abruptly from one layer to the next.”

According to Duquette (1982, p. 25), the diorite and quartz diorite [quartz gabbro] unit “is a green rock that shows a widespread blasto-ophitic texture. Its main components are quartz, chlorite, epidote, carbonate and albite; the last three minerals come from plagioclase saussuritization and the two previous ones from pyroxene alteration. Accessory minerals are titanomagnetite, sphene and apatite. Quartz, which occurs in rock interstices, is easy to identify because it usually forms bluish grains that can reach 8 mm in diameter and occupy, near the top of the sill, up to 20% of the rock volume. Its abundance, however, gradually decreases as you move away from the top of the sill. In its lower half, quartzic metaferrodiorite [quartz gabbro] is consistently medium grained. Elsewhere, it varies considerably because, in many places, there are fine-grained dioritic phases across much coarser-grained phases or vice versa. This is clearly self-intrusion which, with the rock’s blastoophitic texture, demonstrates that it cannot be a cumulate.”

According to Duquette (1982, p. 25), granophyric ferrogabbro and ferrodiorite are “a microscopic quartz-albite-epidote intergrowth, spotted with small albite phenocrystals”. West of Chapais, in the Maryse Lake area (northeast of sheet 32G14-200-0101), the Bourbeau Sill consists of up to 20 m of pyroxenite (nAbou1) and 35  m to 70 m of ophitic gabbro (nAbou2). Its sommital part, which outcrops sporadically south of Kapunapotagen Lake (northern portion of sheet 32G14-200-0101), consists of approximately 400 m of diorite, gabbro and leucocratic gabbro (nAbou3). We also identified in the same area some quartz-rich granitoid outcrops, which is the most differentiated portion of the Bourbeau Sill. In thin section, plagioclase and quartz crystal intergrowth is obliterated by chloritization and sericitization, while the interstitial space is filled by a carbonate-chlorite-magnetite-iron oxide assemblage.

The Bourbeau Sill overlays the Ventures Sill (Aven) and cut volcaniclastic and metasedimentary rocks of the Blondeau Formation. Peperitic textures observed at Marianne Lake and on the section of Cummings Lake imply that the Blondeau Formation sediments were not yet consolidated at the time of the Bourbeau Sill intrusion (Lefebvre, 1991; Bédard et al., 2009). Deposition of these sediments can therefore be considered synchronous to the intrusion (i.e., 2716.7 +1.0/-0.4 Ma).