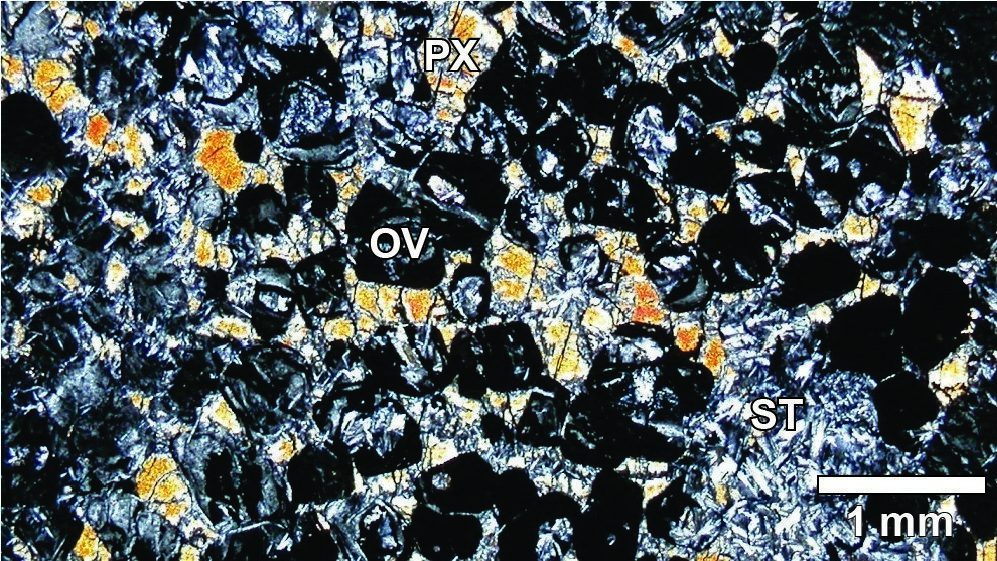 The Roberge Sill detailed stratigraphy was established by Duquette (1982) and refined by Poitras (1984) through drillings, east of Barlow Lake. It was reviewed by the study of the Cummings Lake road section (Bédard et al., 2009). 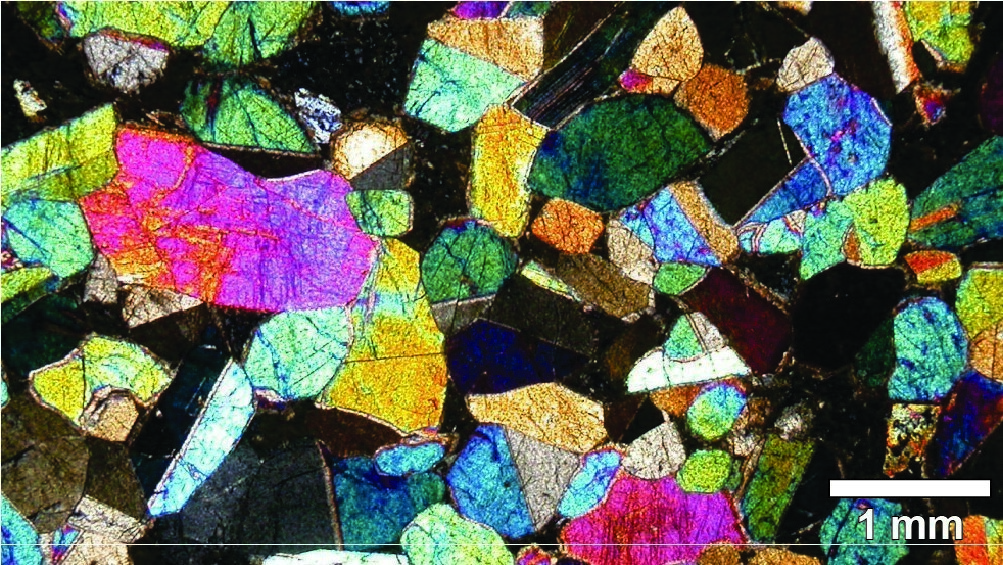 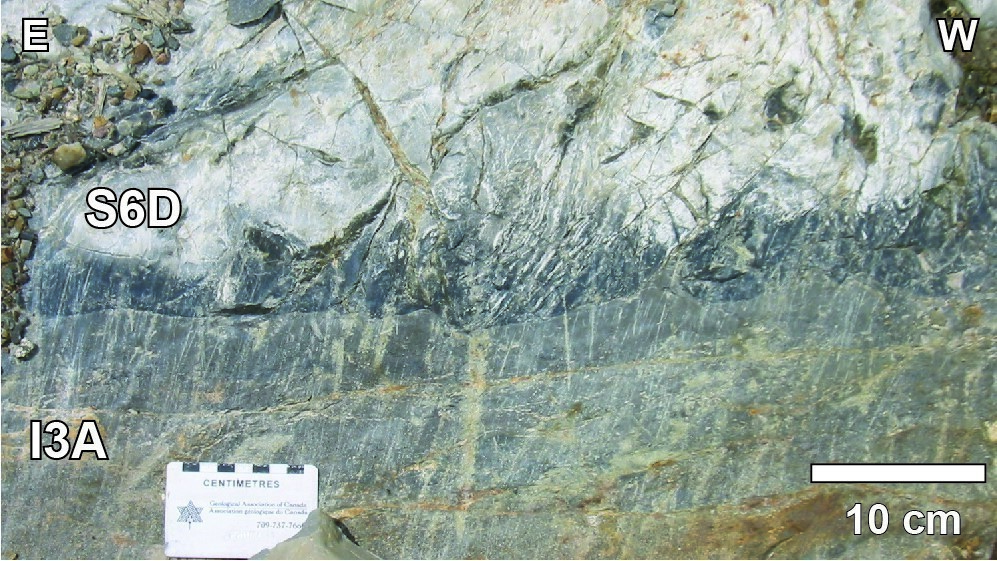 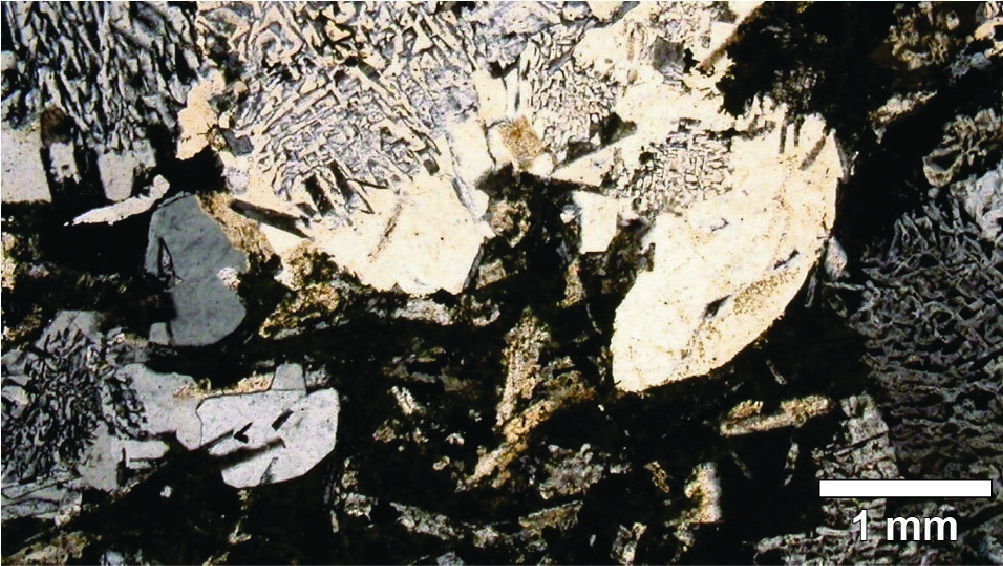 Stratigraphic drillings in the Barlow Lake area showed that this intrusion was inversely differentiated with an ultramafic zone at the top. This Roberge Sill stratigraphy consists first of a chilled margin zone in contact with the host rock, followed by a pyroxenite zone, and then of a rhythmic zone consisting of dunite, werhlite and clinopyroxenite, which are overlain by a dunite zone composed of serpentinized peridotite (Poitras, 1984). On the roadway section west of Cummings Lake, although dunites and peridotites are serpentinized, pseudomorphs of olivine cumulus crystals are still recognizable, except near fault zones where actinolite and tremolite appear. Pyroxenites also show preserved cumulate textures.

The portion of the roadway section exposing the lower part of the Cummings Intrusive Suite also includes several gabbroic units that have been included in the Roberge Sill. The Blondeau Formation’s siltstone, mudstone and ash tuf unit is cut by five intrusions of subophitic to ophitic gabbro and gabbronorite, as well as granophyric leucogabbro and ferrogabbro, ranging in thickness from 2 ﻿m to 90 m. As in the Geoff and Marianne lakes area, the presence of peperitic textures suggests that these gabbro intrusions were injected into unconsolidated sediments. Chilled margins are locally well preserved. Gabbro is light grey and usually very fine grained with a massive appearance. The thickest intrusion is a massive leucogabbro that reveals a granophyric texture when observed under the microscope. Quartz and plagioclase intergrowth make up 50 to 90% of this leucogabbro. Another intrusion of much coarser-grained greyish-green subophitic gabbro appears at the top of the Roberge Sill. Euhedral crystals of clinopyroxene (10-30%, 1-2 cm) form aggregates separated by zoned and altered plagioclase relics less than 2 mm in size.

The Roberge Sill, not exceeding 550 m thick, is known on both sides of the Chibougamau Anticline over a distance of more than 85 km (Duquette, 1982; Poitras, 1984).

Rocks of the Roberge Sill cut volcanic rocks of the Roy Group’s second volcano-sedimentary cycle and appear immediately below the Ventures Sill (Duquette, 1970, 1982).