The Rénia Complex was described by Gélinas (1965) as a gneissic dome within the metasedimentary cover of the Rachel-Laporte Lithotectonic Domain. The author proposes that these gneiss form a structural dome exposing older rocks on younger rocks. The Rénia Complex groups rocks of the Rénia and Moyer complexes described by Gélinas (1965) and Simard et al. (2013), as well as part of the “Scattered Gneiss” described by Moorhead and Hynes (1990). These three units were once considered to be part of different thrust sheets (Moorhead and Hynes, 1990). However, the work of Lafrance et al. (2014) demonstrates that these units form a single large gneiss unit now assigned to the Rénia Complex. Thus, the terms “Moyer Complex” and “Scattered Gneiss” were abandoned. 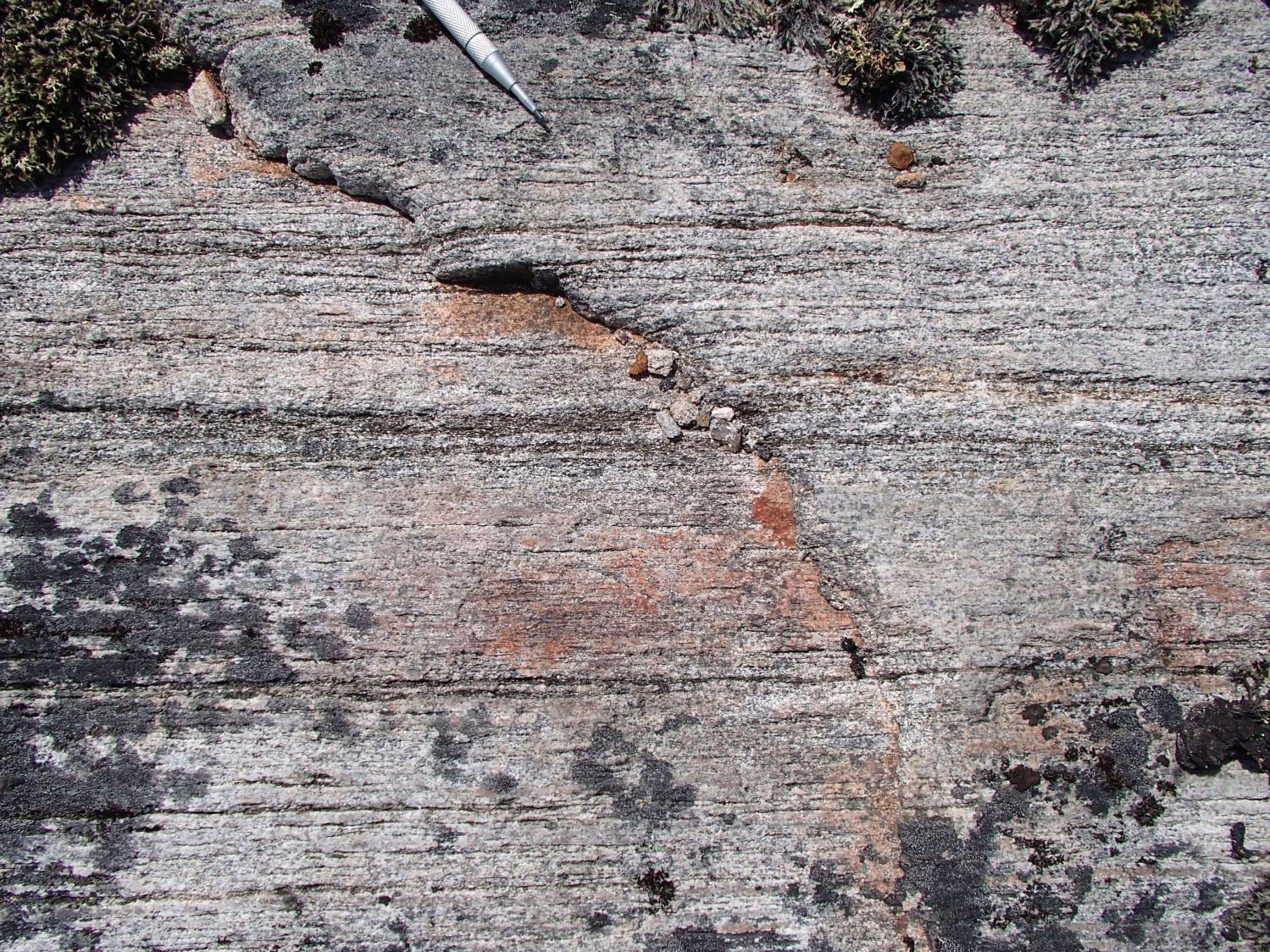 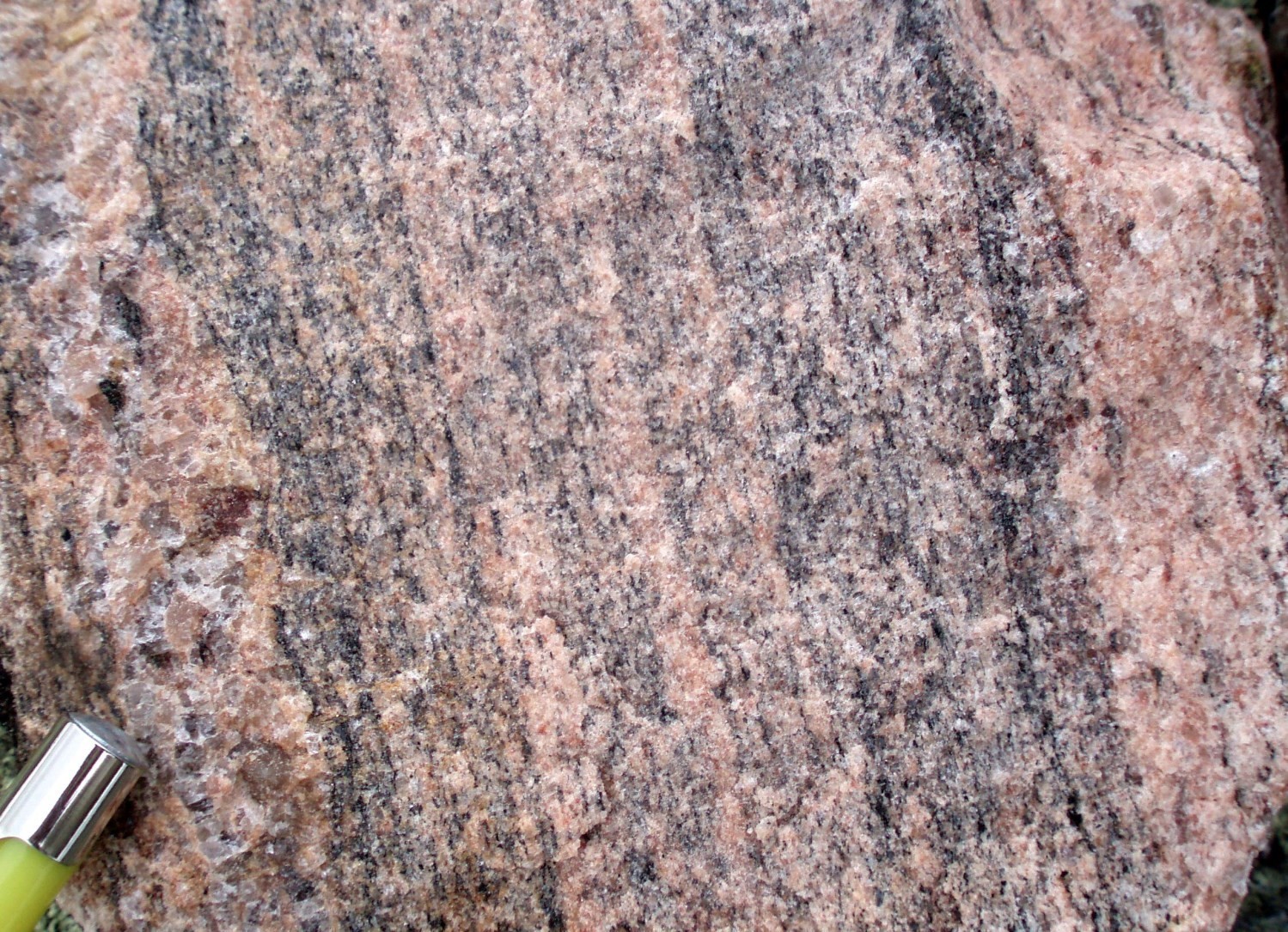 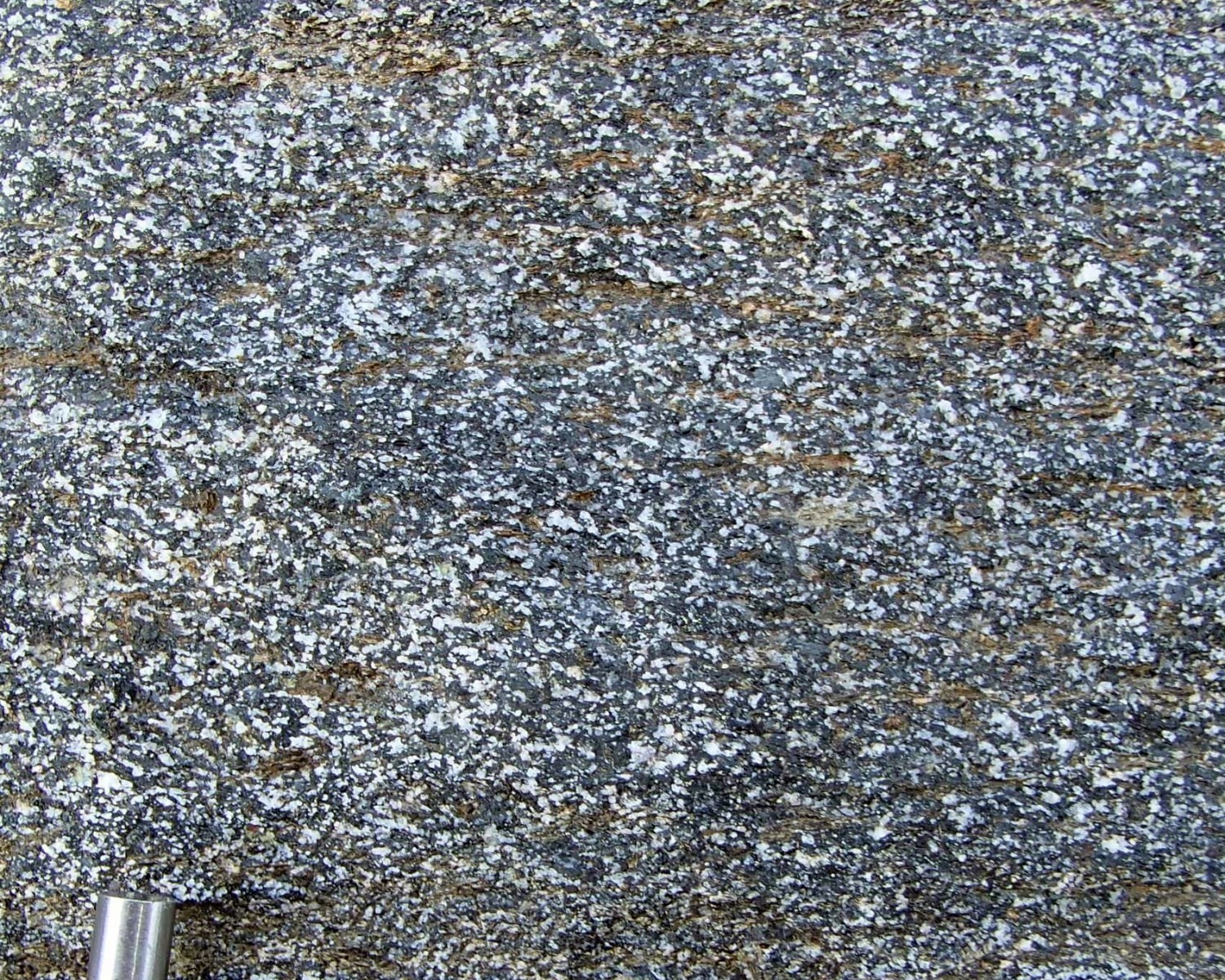 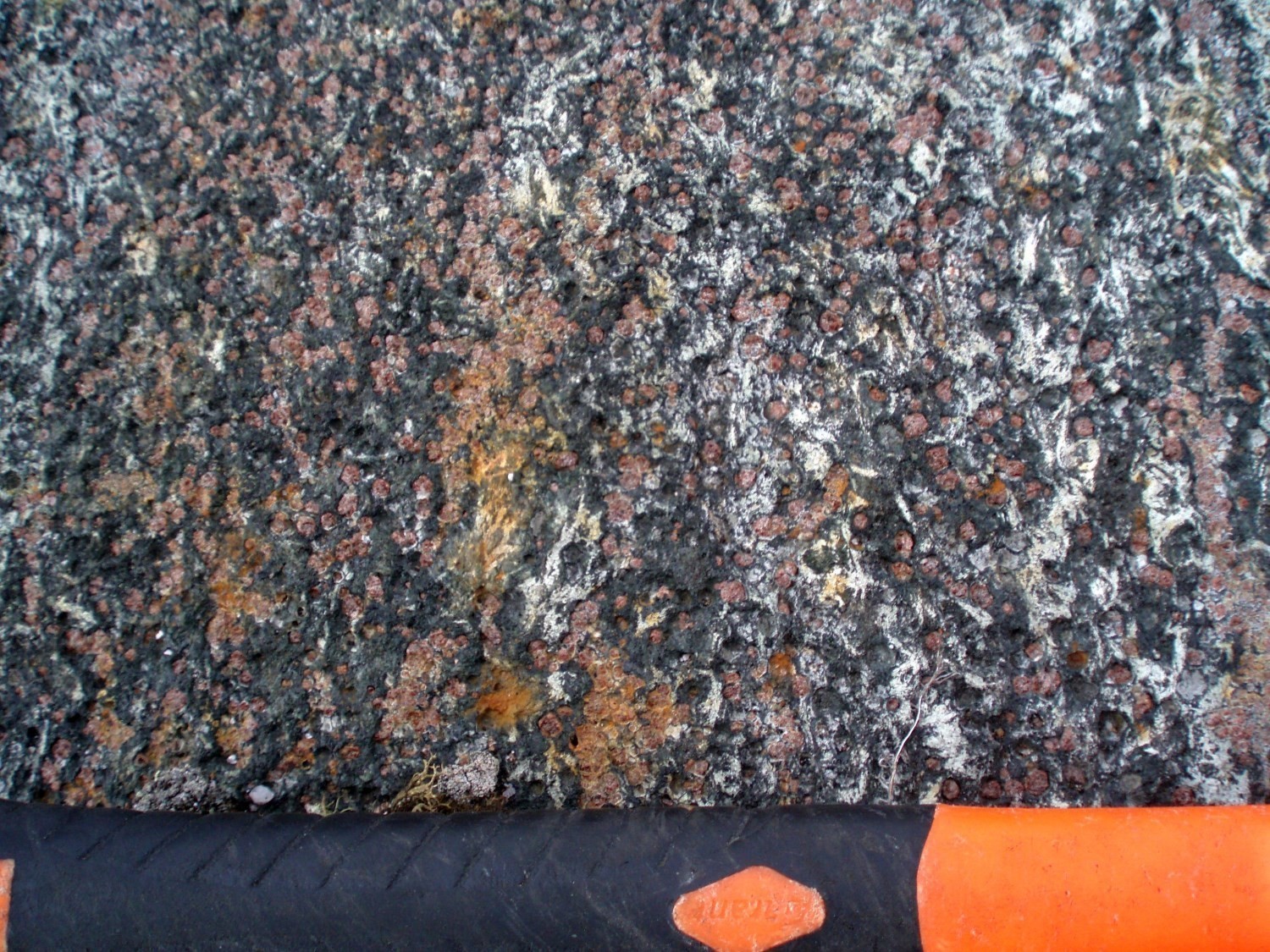 Amphibolitized diorite and gabbro of unit Area2 form enclaves and dismembered or boudinaged layers in unit Area1 gneiss. These enclaves and layers are decimetric to metric, but in places reach several hundred metres thick. The rock is homogeneous, foliated, medium to fine grained and dark greenish grey. It is mainly composed of green hornblende (30-60%) and granoblastic plagioclase; in several areas, there is also a significant garnet content (20-30%). Clinopyroxene has been observed locally and the main accessory minerals are biotite, sulphides, magnetite, epidote, chlorite, sphene and apatite.

The Rénia Complex is located in the NW portion of the Saffray Lake area (Lafrance et al., 2014), where it forms a thrust sheet ~57 km long by 18 km wide. It is elongated in a NW-SE direction within the Rachel-Laporte Lithotectonic Domain.

Dating of a tonalitic gneiss sample, previously assigned to the Moyer Complex, yielded an early Neoarchean age of ~2883 Ma and a Paleoproterozoic metamorphic age of ~1793 Ma related to the New Quebec Orogenesis (Machado et al., 1989). Dating of a muscovite granitic gneiss sample of the Rénia Complex (outcrop 2012-MS-0063) yielded a late Neoarchean age of ~2692 Ma and confirmed metamorphism around 1790 Ma. Archean ages are interpreted as those of gneiss protoliths and are similar to those obtained in the Ungava Complex, in the Baleine Lithotectonic Domain.

The Rénia Complex is part of a large thrust sheet separated in half by a thrust fault delineating two complexes: the Rénia Complex in the north and the Highfall Complex in the south. This sheet is composed of rocks that would originate from the Archean basement, and would have been emplaced within Paleoproterozoic volcano-sedimentary rocks of the Rachel-Laporte Lithotectonic Domain during the New Quebec Orogenesis (1.82-1.77 Ga). It is therefore in fault contact with Laporte Supersuite units. The northern section of the sheet is interpreted as having partially overthrusted the southern section towards the end of deformation. On the edge of the Lac Turcotte Fault, a granitic intrusion of the Mercier Suite (pPmrc2) cuts Archean rocks of the Rénia and Highfall complexes.

Gneiss of unit Area1 is similar to that of unit Aung4 of the Ungava Complex, located directly to the east in the Baleine Lithotectonic Domain.