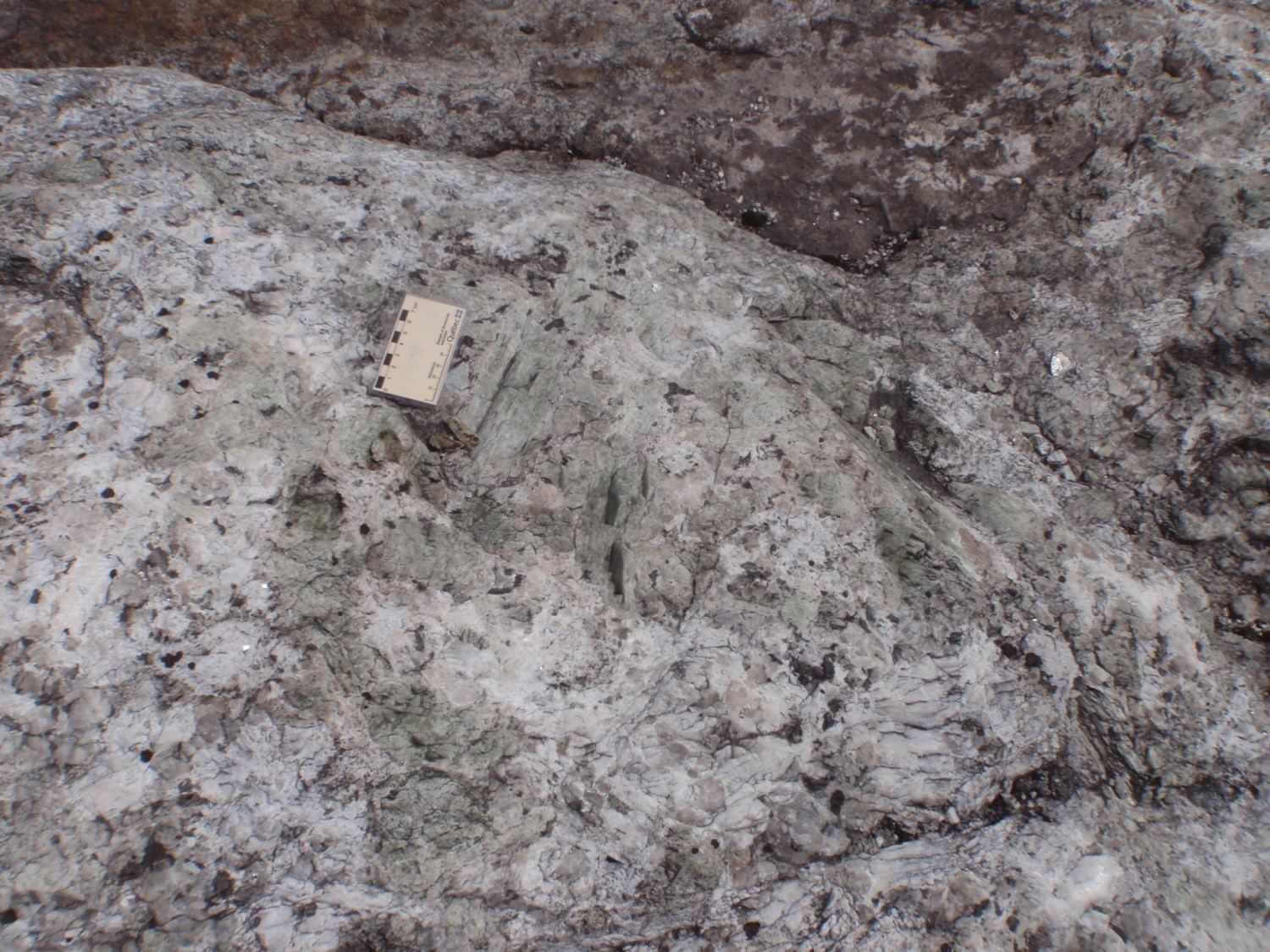 The first descriptions of rocks assigned to the Spodumène Suite came from the work of Valiquette (1963, 1975) when a major spodumene pegmatite intrusion was discovered between Montagnes Lake in the west and Spodumène Lake in the east. Bachelor’s (Beland, 2011) and Master’s (Bynoe, 2014) theses projects were carried out on this intrusion called the “Whabouchi pegmatite” (Laferrière, 2010). Other spodumene pegmatite intrusions such as the Graab mineralized zone (Richard et al., 2012) have also been identified in the region. The name “Spodumène Suite”, whose namesake lake is located in sheet 32O12, was introduced by Bandyayera and Caron-Côté (2019) following work in the summer of 2018 to group spodumene pegmatite intrusions of the Montagnes Lake area (sheets 32O11, 32O12 and 32O14).

The Spodumène Suite consists of a series of spodumene pegmatite intrusions emplaced in shear zones that cut amphibolitized basalts of the Lac des Montagnes Group, near the contact zone between the La Grande and Nemiscau subprovinces. The most important of these intrusions are the Whabouchi and Graab pegmatites, located NE of Montagnes Lake (sheet 32O12) and east of Andalousite Lake (sheet 32O14), respectively. Lithium-rich mineralization of the Whabouchi deposit is hosted in this suite, located between Montagnes and Spodumène lakes, in the NW portion of sheet 32O12. Spodumene pegmatite is whitish, locally pinkish, massive to foliated. The massive facies shows magmatic layering in some places, characterized by alternating centimetric medium-grained layers and coarse-grained or pegmatitic layers. Layered horizons are ~1 to 2 m thick. 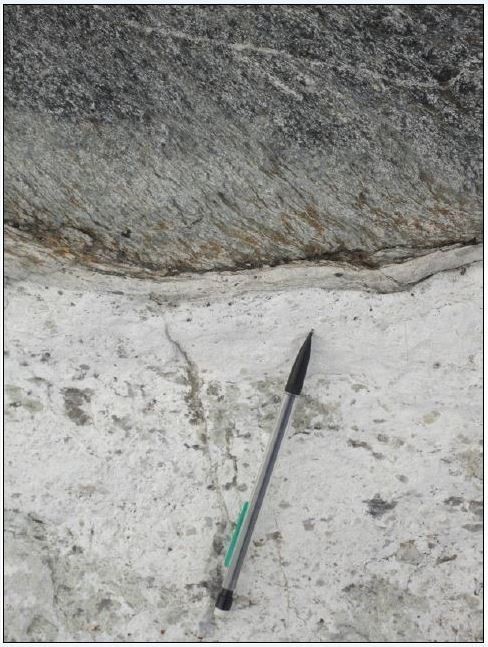 In places, more specifically near the margin, spodumene pegmatite is deformed and sheared. In the Whabouchi spodumene pegmatite, apophyses of the main intrusive mass intruded into amphibolitized basalts are folded and boudinaged. This observation suggests that the Spodumène Suite is syn-kinematic to late-tectonic. 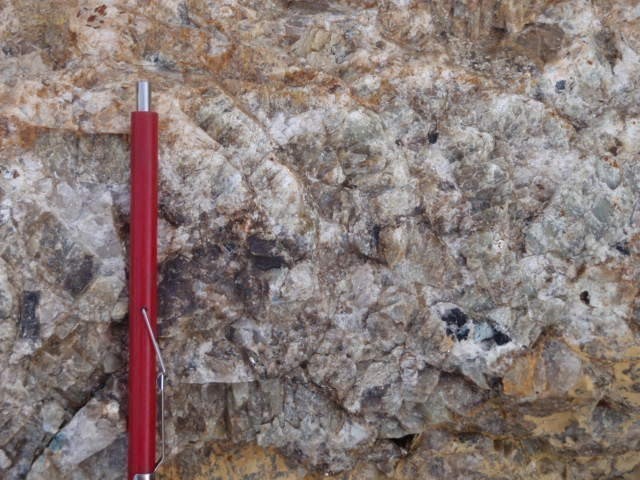 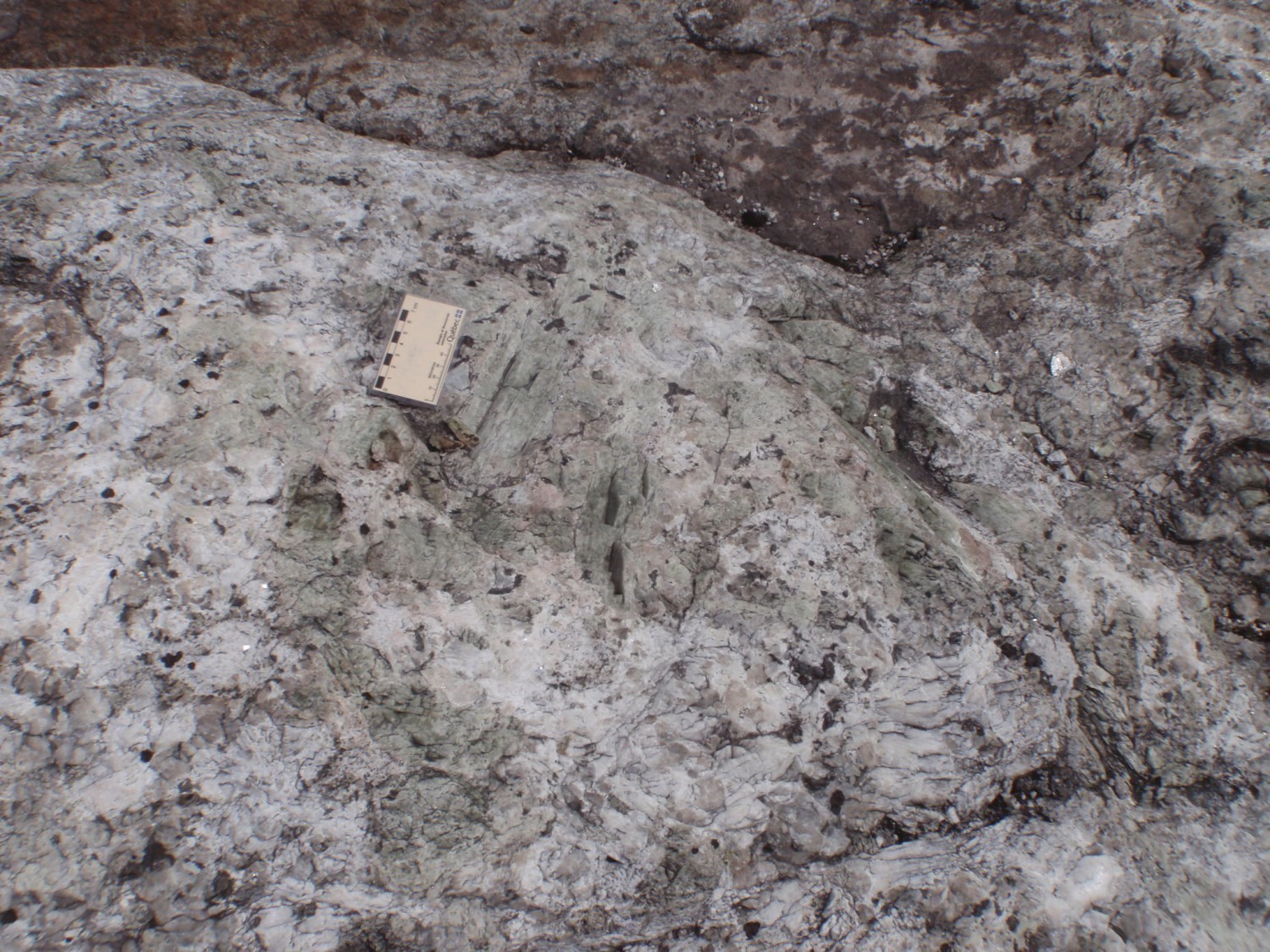 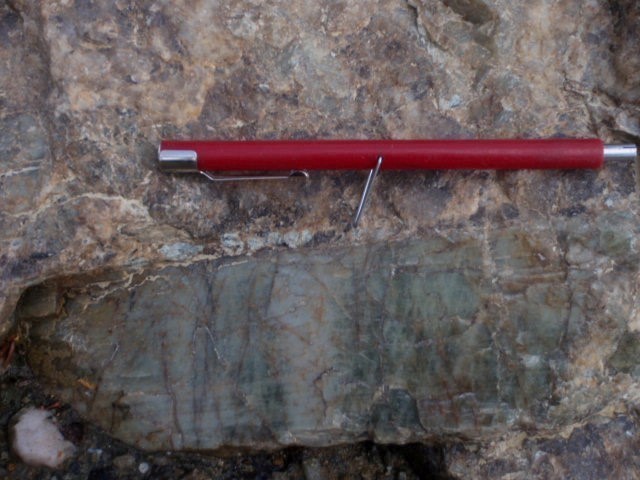 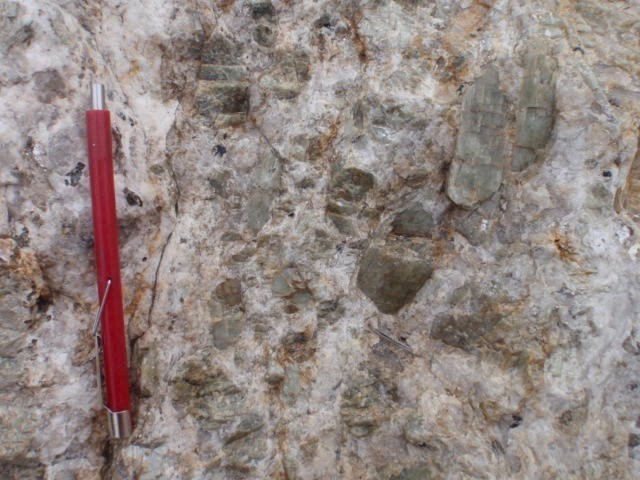 Spodumene crystals are usually apple green, locally whitish, euhedral and range in size from 0.5 to 55 cm long. They show no preferential orientation in the pegmatitic mass, although megacrystals are generally oriented parallel to layering. In layered horizons, coarse-grained layers are the richest in spodumene (40%). Spodumene is usually disseminated (2-15%), locally semi-massive (40%) or in monomineralic veins. 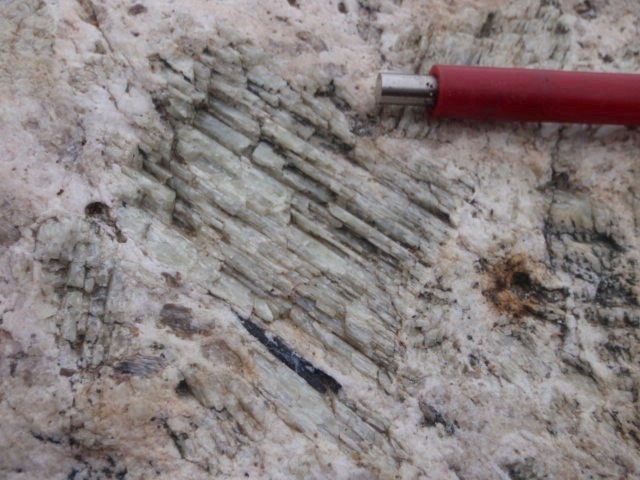 At the Whabouchi Mine, white spodumene granitic pegmatite (25-30% spodumene) consists of a swarm of interconnected dykes hosted in deformed aplitic zones. The aplitic phase is white, saccharoidal and composed of albite (60%), light grey quartz (20%), muscovite (20%) and garnet (1%).

From a geochemical perspective, granitic pegmatite of the Spodumène Suite is S-type, peraluminous and classified in the LCT family (Li-Cs-Ta > Nb), and enriched in Rb, Sn, Be, B, P and F (Cerny and Ercit, 2005). Parent magma is generated by anatexis of crustal sedimentary or igneous rocks at shallow or medium depths (Beland, 2011; Bynoe, 2014).

Analysis of a diorite sample from a spodumene pegmatite of the Whabouchi deposit gave a crystallization age of 2577 ±13 Ma (U-Pb on zircon; Beland, 2011).

All intrusions assigned to the Spodumène Suite intrudes exclusively into amphibolitized basalts of the Lac des Montagnes Group. the contact between spodumene pegmatite and the amphibolitized basaltic host is usually sheared. In places, this contact is sharp and shows a chilled margin (Bynoe, 2014). The intrusion age of the Spodumène Suite (2577 ±13 Ma) suggests that it represents the latest felsic intrusive phase of the La Grande and Nemiscau, i.e. syntectonic to late-tectonic. This age also indicates that the Spodumène Suite intruded 65 to 61 Ma after the Vieux Comptoir Granitic Suite (2618 ±2 Ma; Goutier et al., 2000). Until recently, the latter was considered to be the most recent post-tectonic felsic intrusive suite of all events affecting the La Grande, Opinaca and Opatica subprovinces.

Beland, C. 2011. Geochemistry and Geochronology of the Whabouchi Pegmatite Dykes as Revealed Through Zircon. University of Toronto, Ontario, 100 pages. https://www.es.utoronto.ca/highpressurelab/wp-content/uploads/2015/05/Beland_2011.pdf.