This granitic unit was first mapped by Taner (1992) who introduced it as the “Ramusio Lake Intrusion” (unit F9). This lithodeme was renamed “Ramusio Granite” by Hammouche et al. (2012) to highlight its lithological composition. The unit is located SW of Ramusio Lake (sheet 13L13), from which it is named.

This circular intrusion differs from the surrounding gneiss, volcanic rocks and intrusive rocks by low magnetic susceptibility (Dumont et al., 2010). The Ramusio Granite consists of only one granite unit. 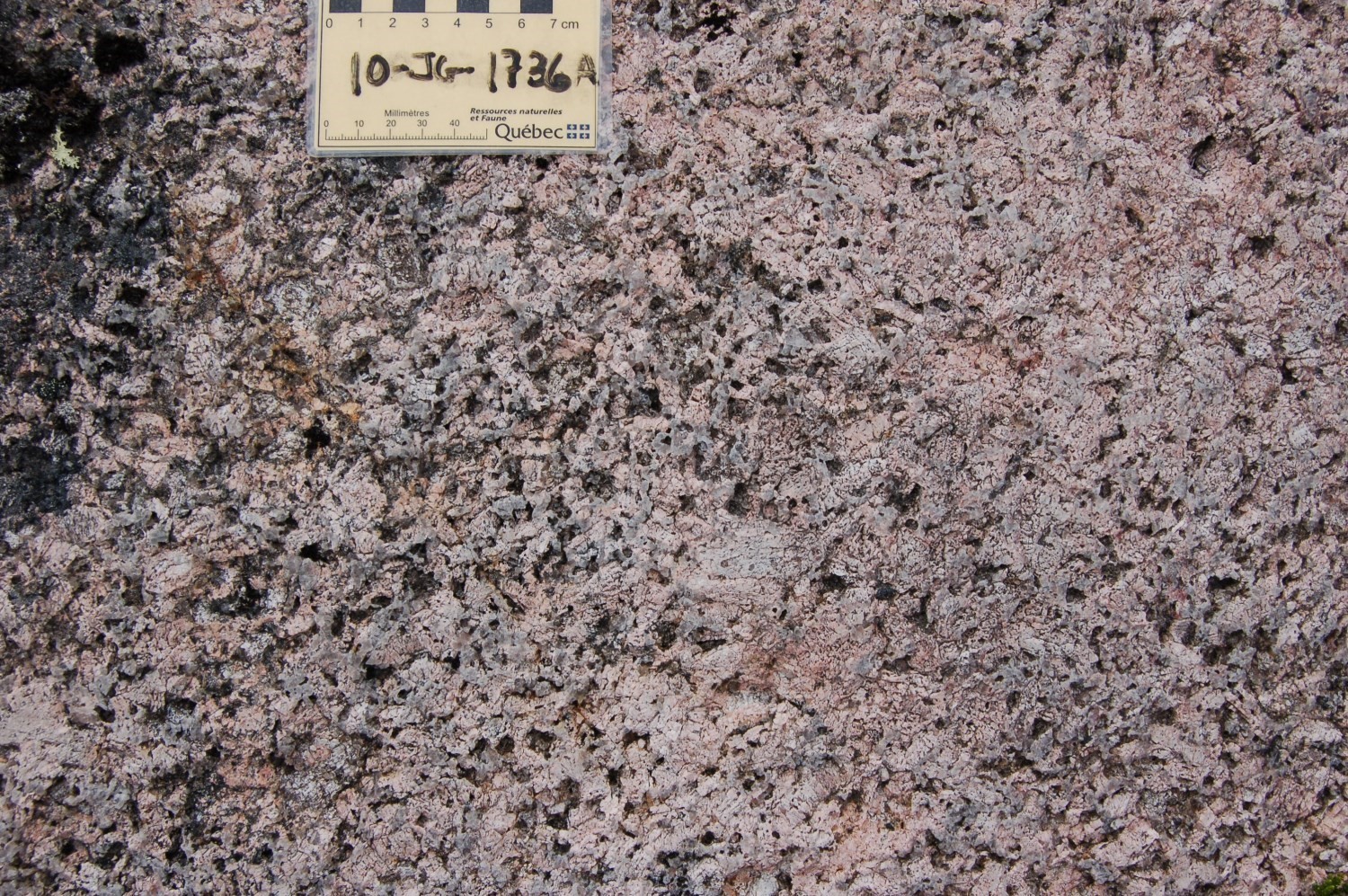 Unit mPram1 granite is pink, medium grained and contains biotite with some hornblende and fluorine. Biotite generally accounts for <5% of the rock and is generally chloritized. Locally, ferromagnesian minerals can make up to 30% of the rock. Other accessory minerals seen in thin sections are apatite, zircon, sphene, allanite, muscovite and magnetite. Plagioclase crystals are slightly sericitized. Although there is no evidence of deformation on the rock, many kinks, crystals with undulatory extinction, sutured contacts and multiple fractures are observed in thin sections. 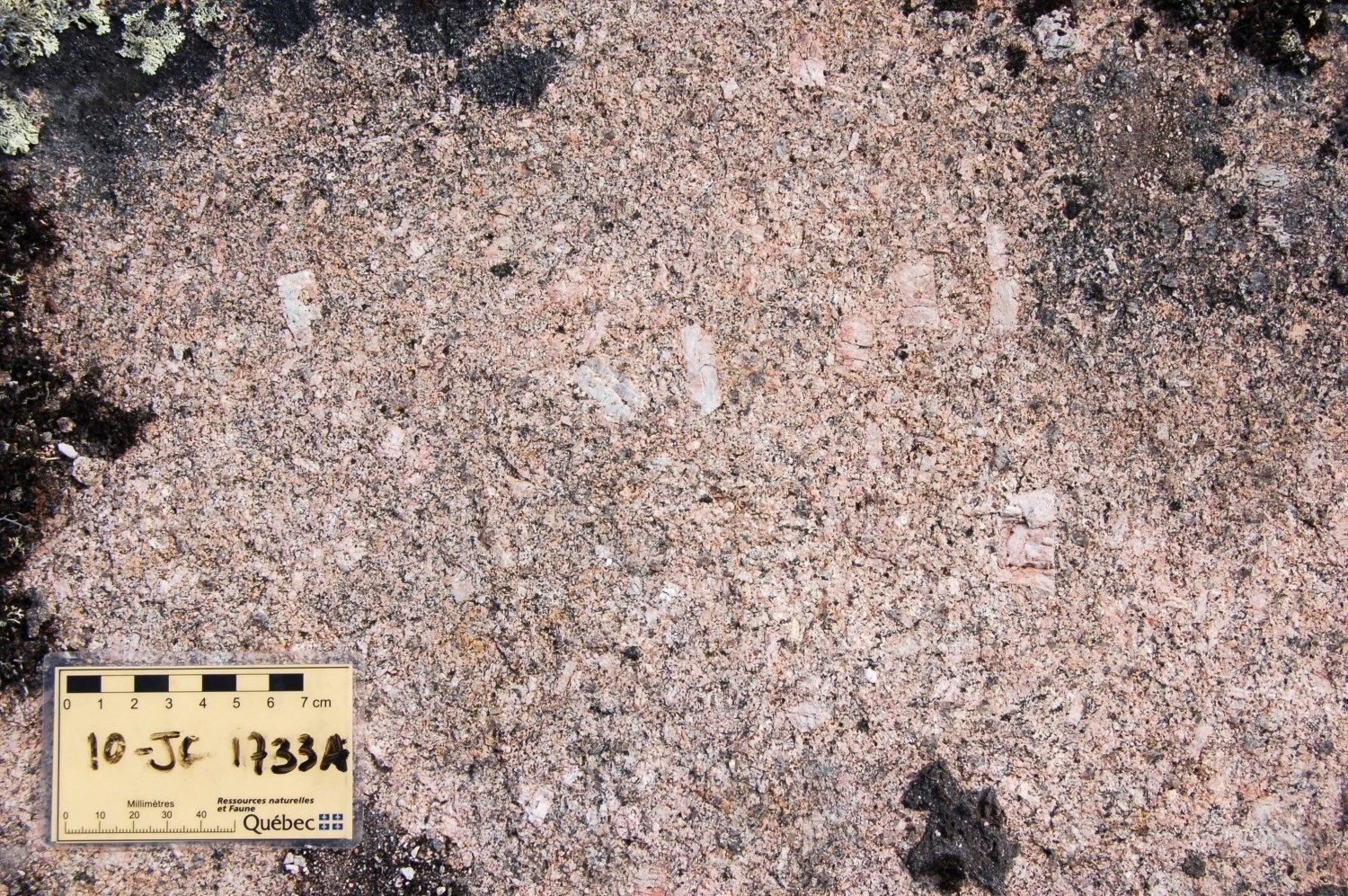 The Ramusio Granite forms a circular mass ~13 km in diameter in the SE sector of the Mistinibi-Raude Lithotectonic Domain (Charette et al., 2019), at the boundary between Quebec and Labrador. Even-grained granite (mPram1; ~29 km2) surrounds the core of the intrusion formed by K-feldspar porphyritic granite (mPram1a; ~49 km2).

The Ramusio Granite cuts Archean to Paleoproterozoic rocks of the Advance, Jannière, Zeni and Mistinibi complexes. Metric enclaves of host rocks (foliated to mylonitic tonalite and amphibolite) are observed in subunit mPram1a.