The Maingault Structural Domain was defined by Beauchamp (2019) following a mapping survey conducted in the Cadieux Lake area in the summer of 2018. The following description is based primarily on geological observations gathered during the Ministère‘s field work as well as on the analysis of geophysical imagery (total magnetic field and vertical gradient) from the SIGÉOM.

The Maingault Structural Domain is only composed of plutonic rocks of the Maingault Complex (nAmai1, nAmai2 and nAmai3) which belong to the Opinaca Subprovince. 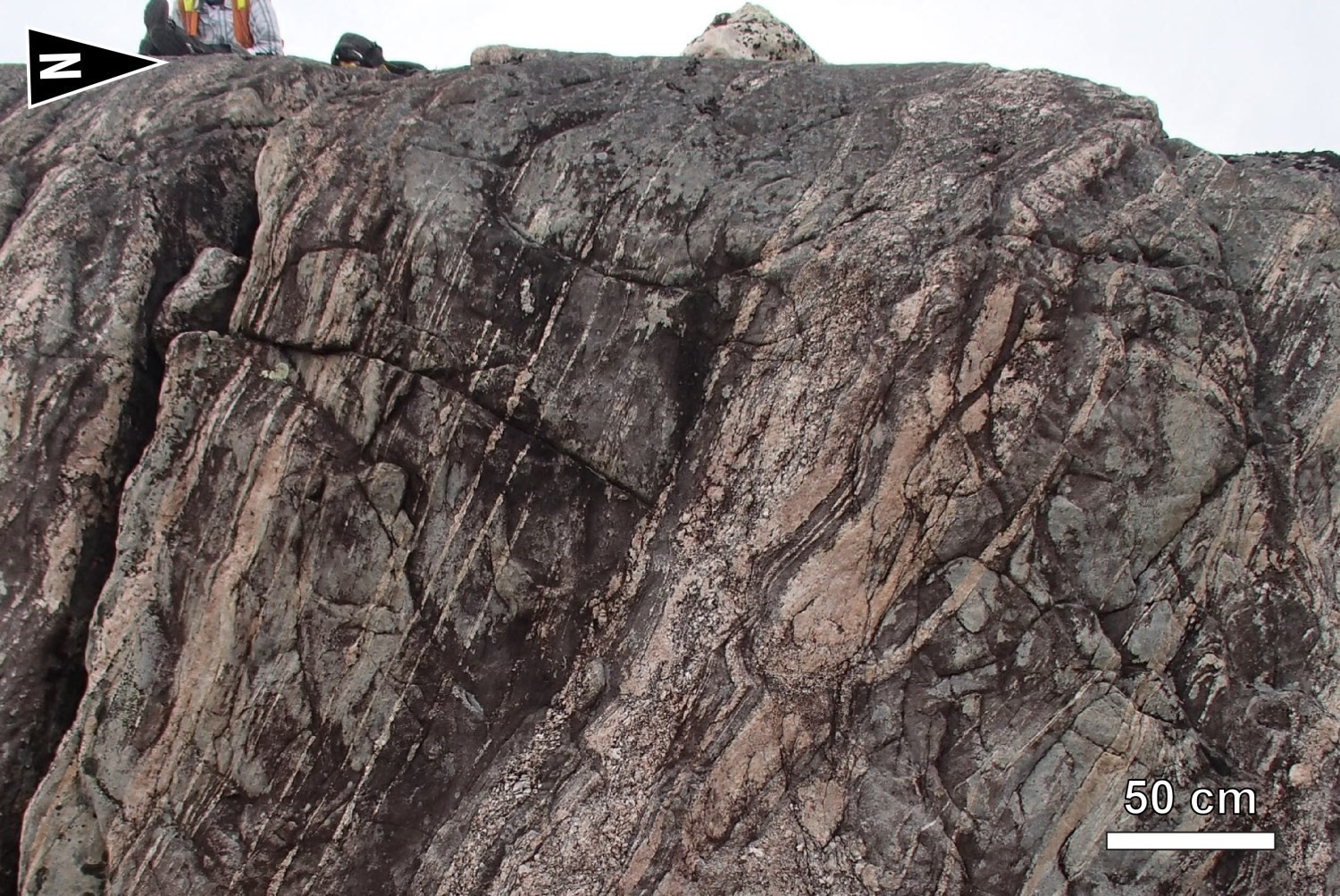 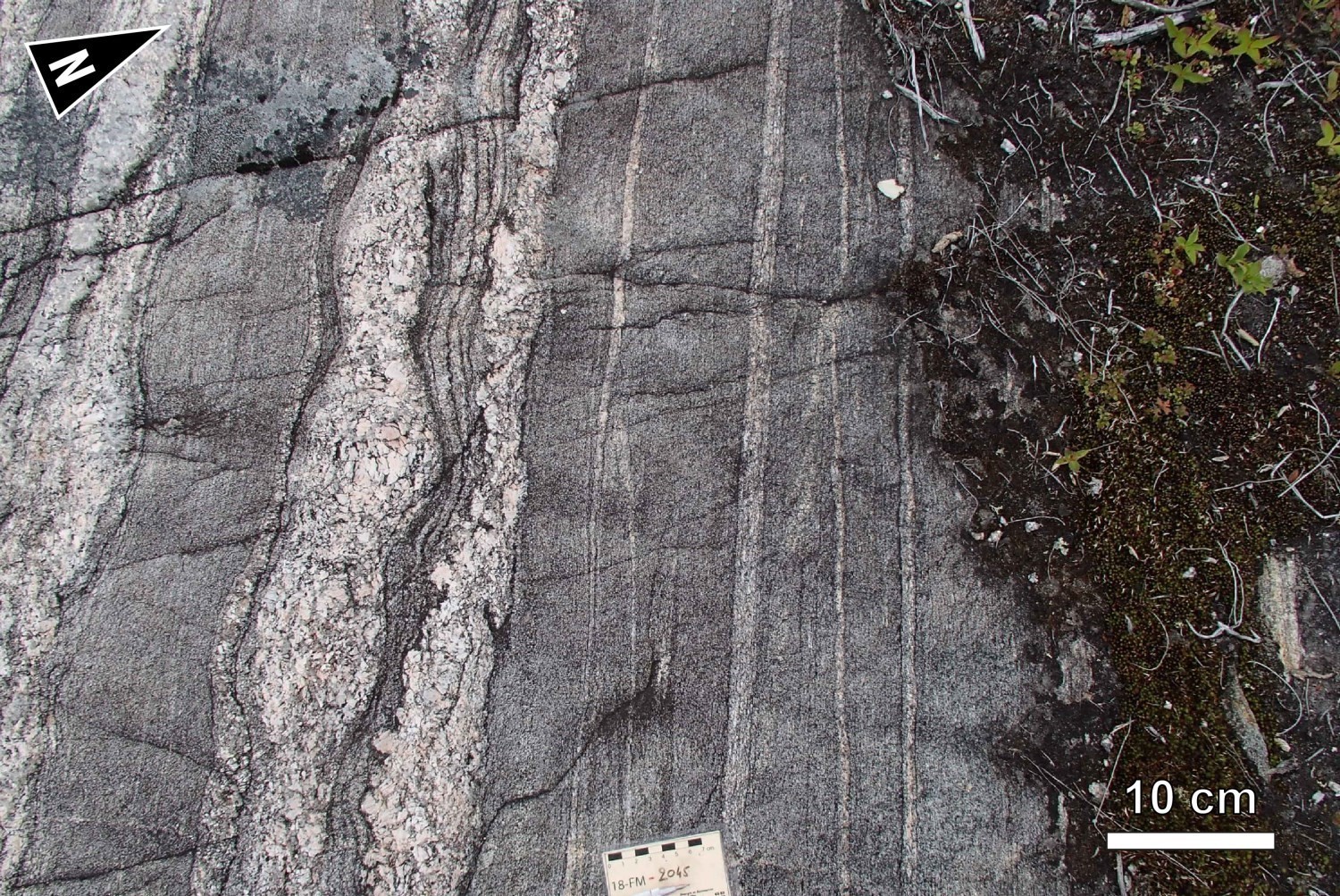 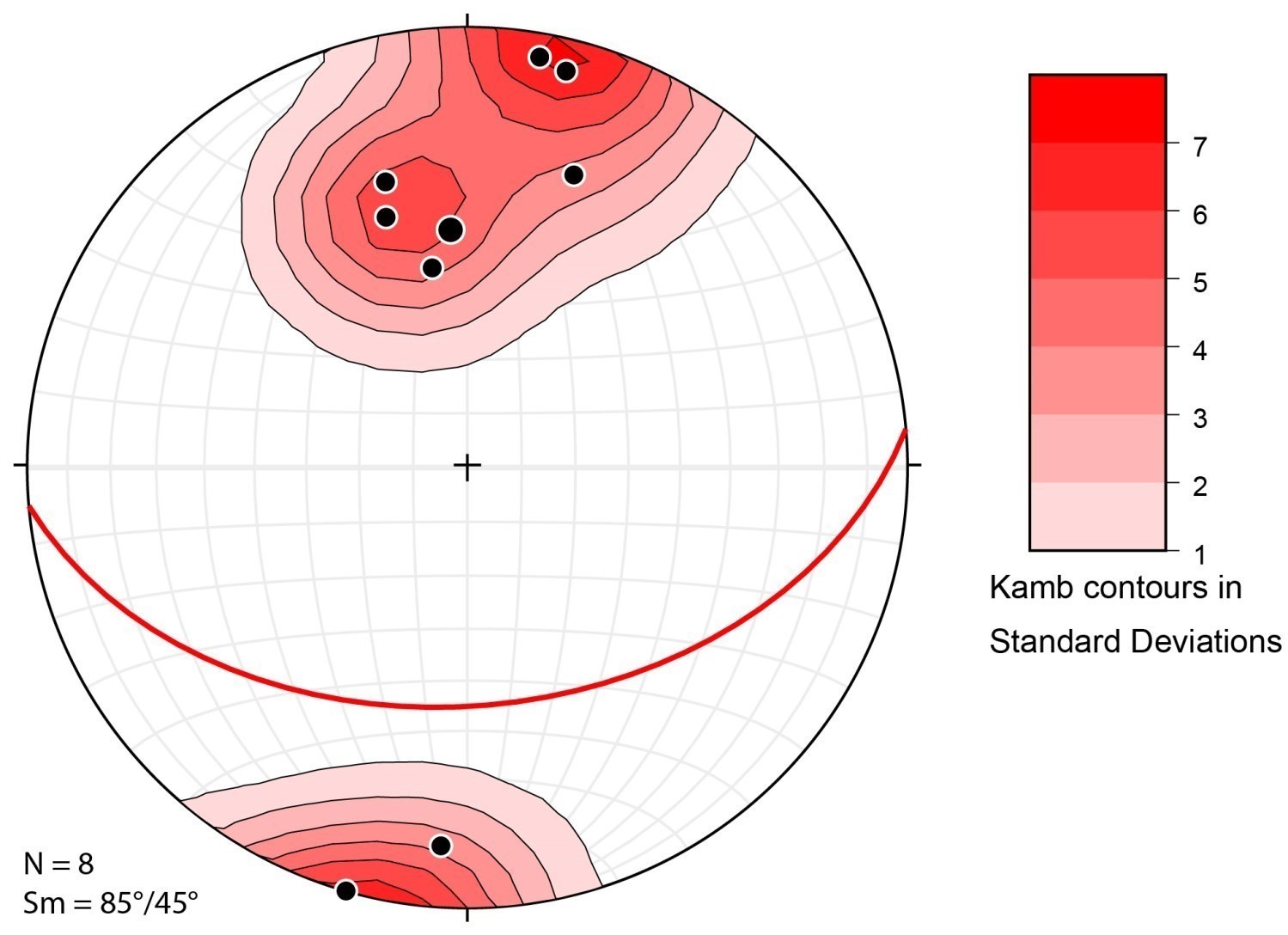 Regional foliation Sn in the Maingault Structural Domain is marked by the alignment of ferromagnesian minerals (biotite and hornblende), but also regularly by intense banding of the rock. Bands are of dioritic, tonalitic or granitic composition and are all parallelized, reflecting intense deformation affecting this domain. Intrusions also display pinch and swell and boudinage structures. Some outcrops also exhibit migmatization which has also developed in a context of N-S compression. In contrast to the Mabille Structural Domain located directly to the north, regional foliation Sn of the Maingault Structural Domain is south-dipping. Although it is predominantly oriented E-W (stereogram), it curves gradually to become SW-NE towards the SW. 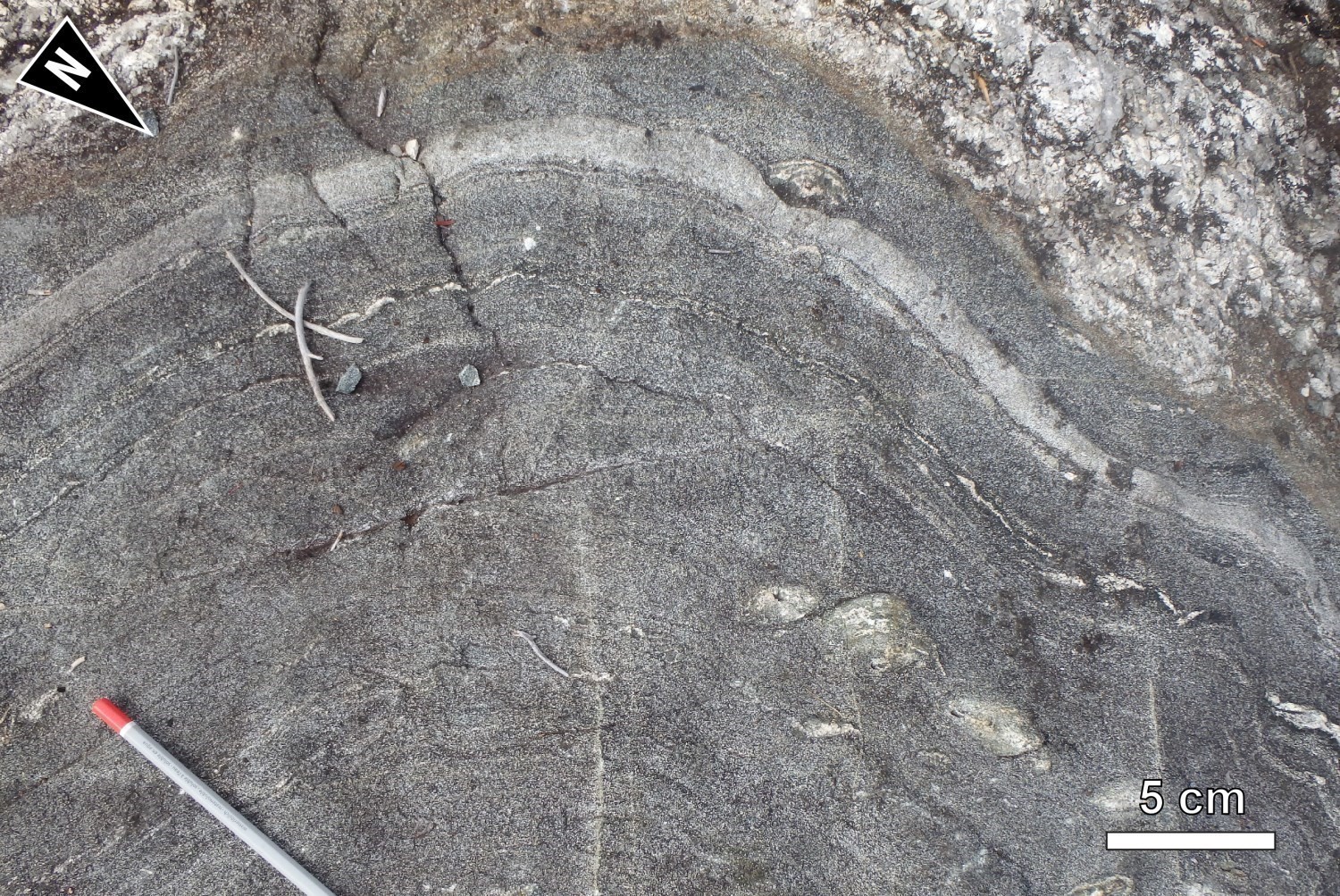 Rocks of the Maingault Complex are affected by a Pn fold overturned northward, the axis of which is mainly E-W. A single axial plane was measured in sheet 33A02, having a direction of 060° and an axis oriented 060°/82°.

The Maingault Structural Domain results from high rock deformation caused by N-S shortening and marked by intense banding and boudinage.

At the southern end of the Cadieux Lake map, rocks of the Maingault Complex have reached the upper amphibolite facies up to the granulite facies. Tonalite and quartz diorite, which form the main unit of the complex (nAmng1), contain biotite and varying amounts of hornblende and magnetite. This assemblage does not provide much information on metamorphic conditions reached by these rocks. On the other hand, mafic rocks of the complex (nAmng2), with their HB-PG-CX ± OX assemblage, have reached the granulitic facies. Ultramafic sills are composed of an assemblage typical of the upper amphibolite facies. They contain prograde TM-AC-MG ± OV ± OX ± SL and retrograde ST-TC assemblages.

The map of the vertical gradient of the total magnetic field indicates that this domain has a shagreened texture with some marked heterogeneity, notably due to strongly magnetic bands corresponding to E-W oriented ultramafic intrusions belonging to unit nAmng3 of the Maingault Complex.

This structural domain has not yet been dated.