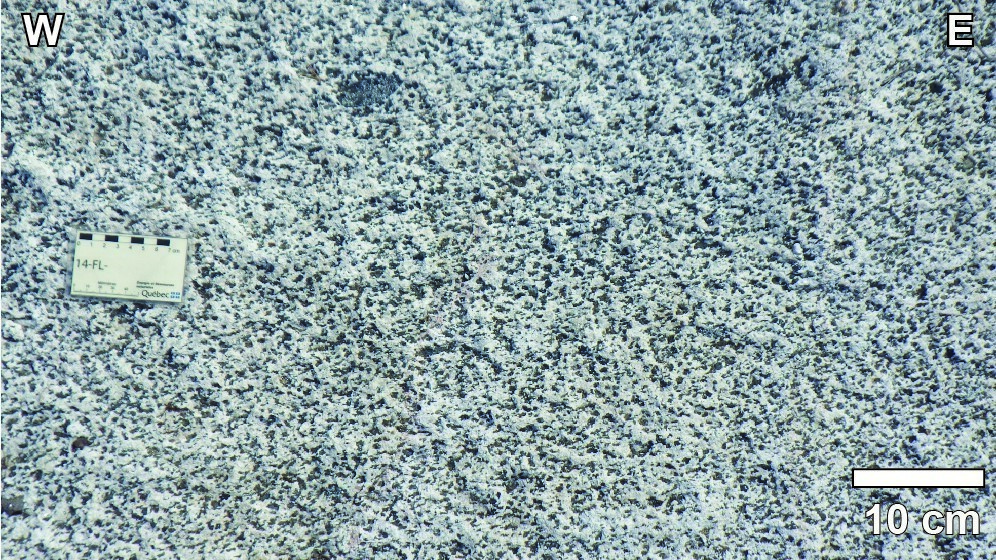 The intrusion was first described as the Barlow River Complex by Caty (1975) and Boudreault (1977), and later as the Barlow Pluton in subsequent publications (Racicot, 1979; Racicot et al., 1984). 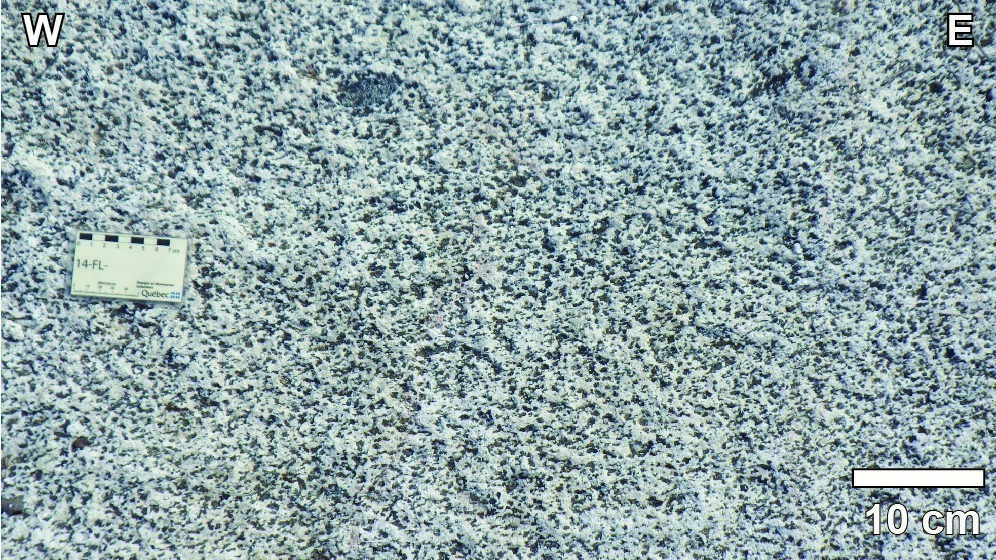 According to Racicot et al. (1984, p. 189): “The Barlow Pluton is composed of two series of rocks, an outer shell of quartz monzodiorite and a core of leucotonalite. The transition between the two is relatively abrupt, but with the mutual dyking relationship typical of coeval intrusions. Structurally, the mass is surrounded by a relatively narrow envelope with a mylonitic texture which fades out into a more typically igneous foliation in the interior of the batholith. Structures are dominantly E-W, parallel to the elongation of the batholith and the regional structural trend. The outer quartz monzodiorite shell is variable in composition, showing primary banding, shown by a variation in the content of mafic minerals, and a variety of early or synchronous mafic dykes which are deformed or partly digested by the principal phases. The principal mineral components are plagioclase, An24 (50-60%), quartz (10-15%), clinopyroxene and/or green hornblende (15%) with varying amounts of interstitial microcline (10-15%). The resulting rock is quite distinctive, and seems to occur only in masses in a similar structural position in the region. The leucotonalite core is a relatively monotonous rock, light grey, coarse-grained and composed of tabular crystals of plagioclase, An24 (55-60%), with amoeboid quartz grains (25-30%) and biotite (0-5%). Late aplite dykes cutting the main phases are granodioritic in composition.”

At its southern edge, the Barlow Pluton cuts mafic volcanic rocks of the Obatogamau Formation in the Abitibi Subprovince. At its northern limit, it cuts gneiss, tonalite, mafic gneiss, garnet amphibolite and pegmatite which characterize the Opatica Subprovince. In the southeast, Paleoproterozoic sedimentary rocks of the Chibougamau Formation unconformably lie on the pluton.