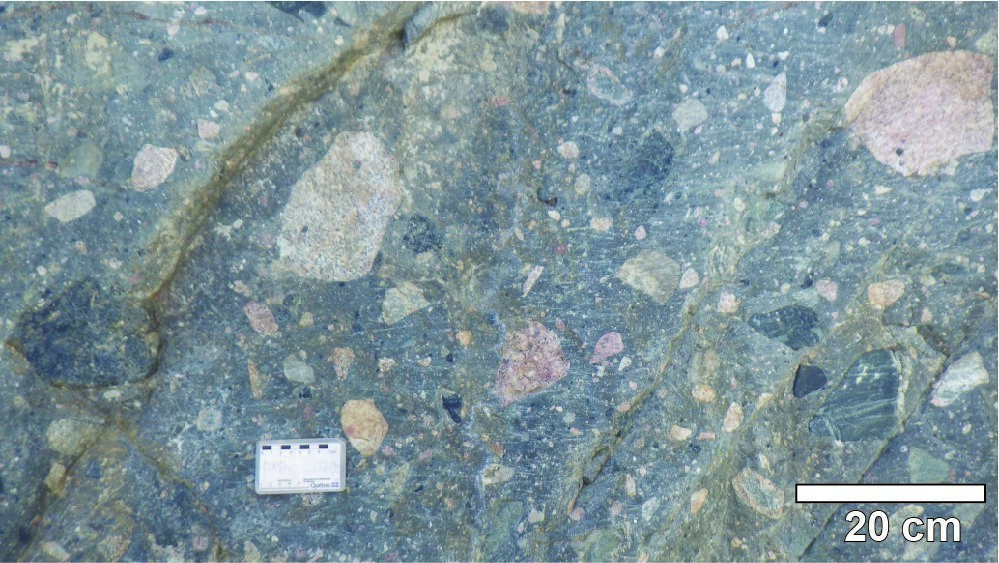 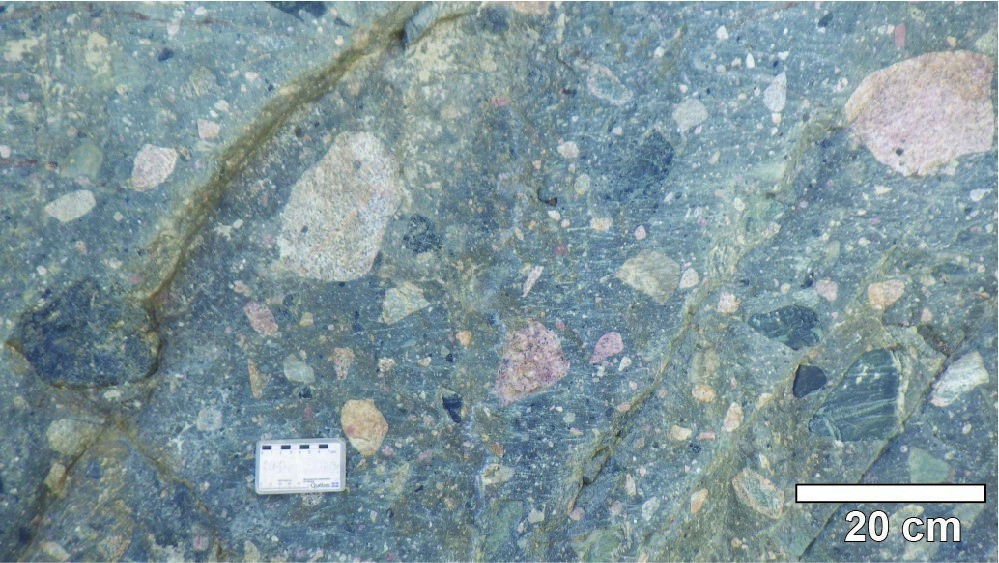 The Chibougamau Formation is a sequence of Paleoproterozoic polymictic conglomerate, arkose and claystone. This unit was recognized from early geological work in the Chibougamau area and was quickly compared to Huronian sequences, particularly to the Gowganda Formation of southern Ontario (Faribault et al., 1912; Retty, 1930). The most common lithology is polymictic conglomerate with a matrix of arkose or light-grey to dark-grey clayslate. Rounded pebbles range in size from a few millimetres to >30 cm. They consist of intrusive rocks from neighbouring plutons and mafic to felsic volcanic rocks. Locally, hematite supergene alteration gives pebbles a pink colour. In the area of McKenzie Bay on Chibougamau Lake, there is a thin unit of grey arkose interbedded with the polymictic conglomerate sequence. Arkose has a series of fractures parallel to the McKenzie Shear Zone. This observation, in combination with the presence of fault gauge, supports Daigneault’s (1991) hypothesis that this structure has been reactivated in the brittle domain during the Proterozoic. 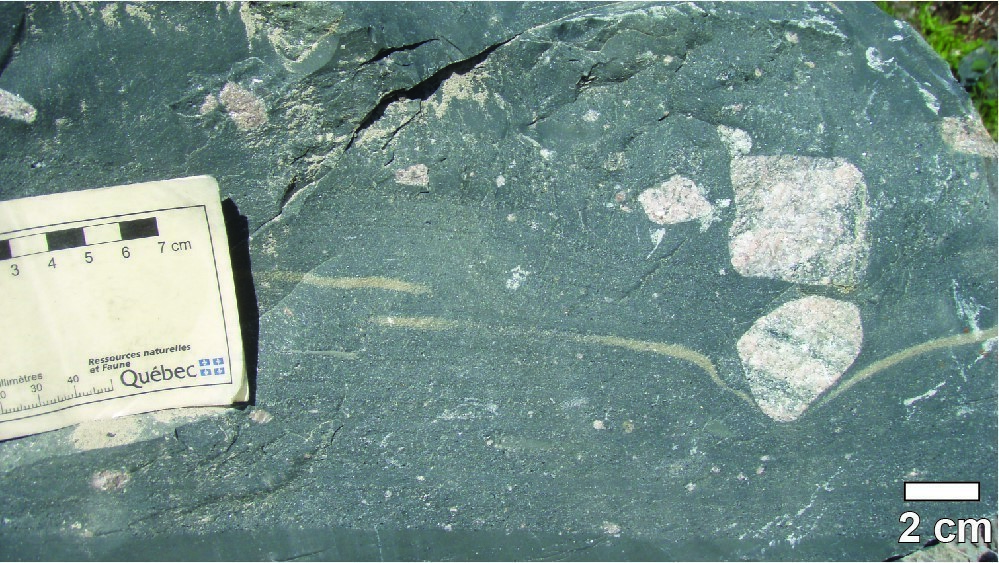 At the top of Mount Bourbeau, polymictic conglomerate alternates with finer beds of laminated and locally sorted arkose and mudrock. These laminated deposits (diamictites) are characterized by sedimentary structures (laminar flow, flame structure, synsedimentary normal fault) and contain dropstones, which imply a glaciogenic origin at the margin of a glacier that covered the southeastern Superior Province at the beginning of the Proterozoic (Long, 1974, 1981). In the Deux Orignaux Lake area, the Chibougamau Formation occurs as sandstone infills within NE to NNE-oriented fractures, which are described as clastic dykes by Chown and Gobeil (1990).

The Chibougamau Formation was recognized on the shoreline and the islands of Waconichi Lake (west side corresponding to the Gwillim Shear Zone wall) and Chibougamau Lake McKenzie Bay (west side corresponding to the McKenzie Shear Zone wall), as well as on some topographic peaks (Mount Bourbeau, north of North Lake and west of Antoinette Lake). In the Deux Orignaux Lake area, clastic dykes were observed on an outcrop of the Anville Pluton south of the Fardoche stock (southeast portion of sheet 32G14-200-0101). Four other outcrops with similar dykes line up in an NE-SW direction from east of Gribouille Lake in rocks of the Haüy Formation, to the east of Pacific Lake in rocks of the Cummings Intrusive Suite and Opémisca Pluton (northeast portion of sheet 32G14-200-0102). The distribution of remnants from the Chibougamau Formation suggests a much larger initial distribution (Long, 1974).