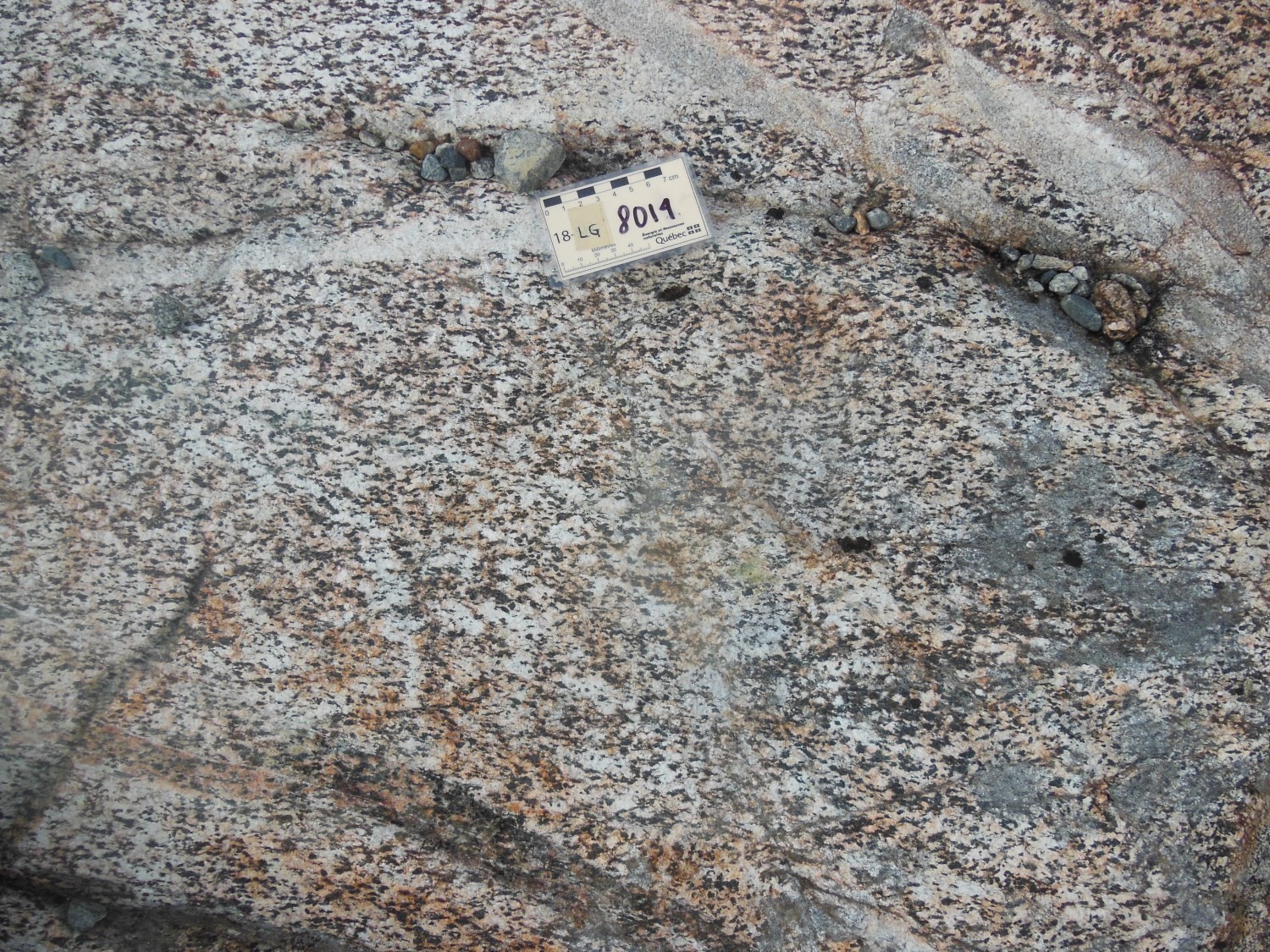 The Moyenne Eastmain Gabbro and Diorite unit was introduced in the Villages Lake area (sheet 33B03) by Moukhsil and Doucet (1999) to group mafic to intermediate intrusive rocks. Bandyayera and Caron-Côté (2019) also mapped these intrusions in the Glas Lake area (sheet 32O14).

The Moyenne Eastmain Gabbro and Diorite unit consists of mafic to intermediate intrusions that have been emplaced in the La Grande Subprovince, near or within the Eastmain River Greenstone Belt. It consists of gabbro (nAgdi1), diorite (nAgdi2) and glomerophyric gabbro (nAdgi3). 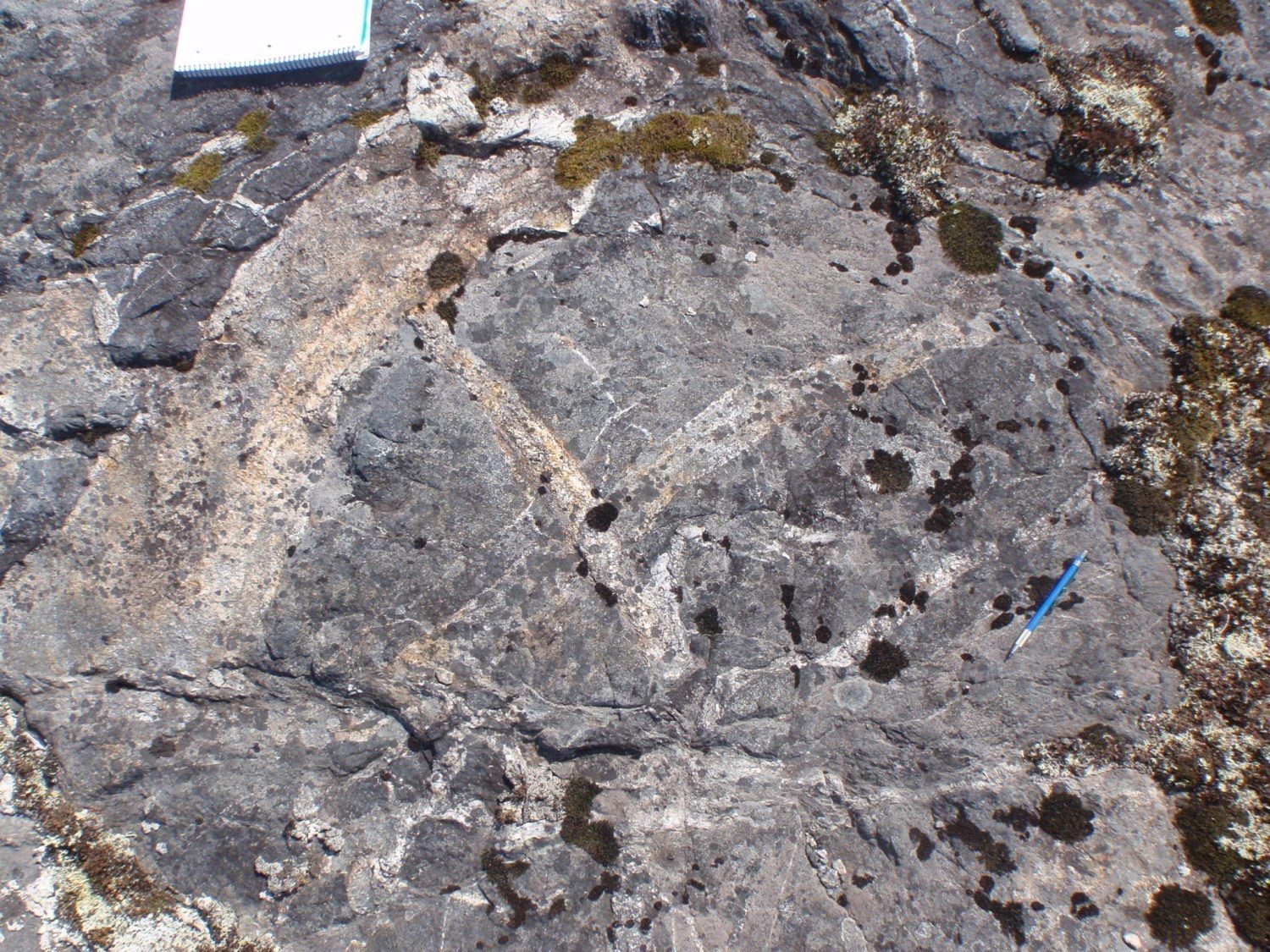 Several outcrops are heterogeneous and display different lithologies suggesting polyphase magmatism. Generally, there is a main lithology containing enclaves of an early lithology cut by a late phase. It is difficult to determine the sequence of all magmatic events. However, diorite (nAgdi2) appears to be later than gabbro (nAgdi1 and nAgdi3). Diorite is then cut by late, non-mappable intrusions. 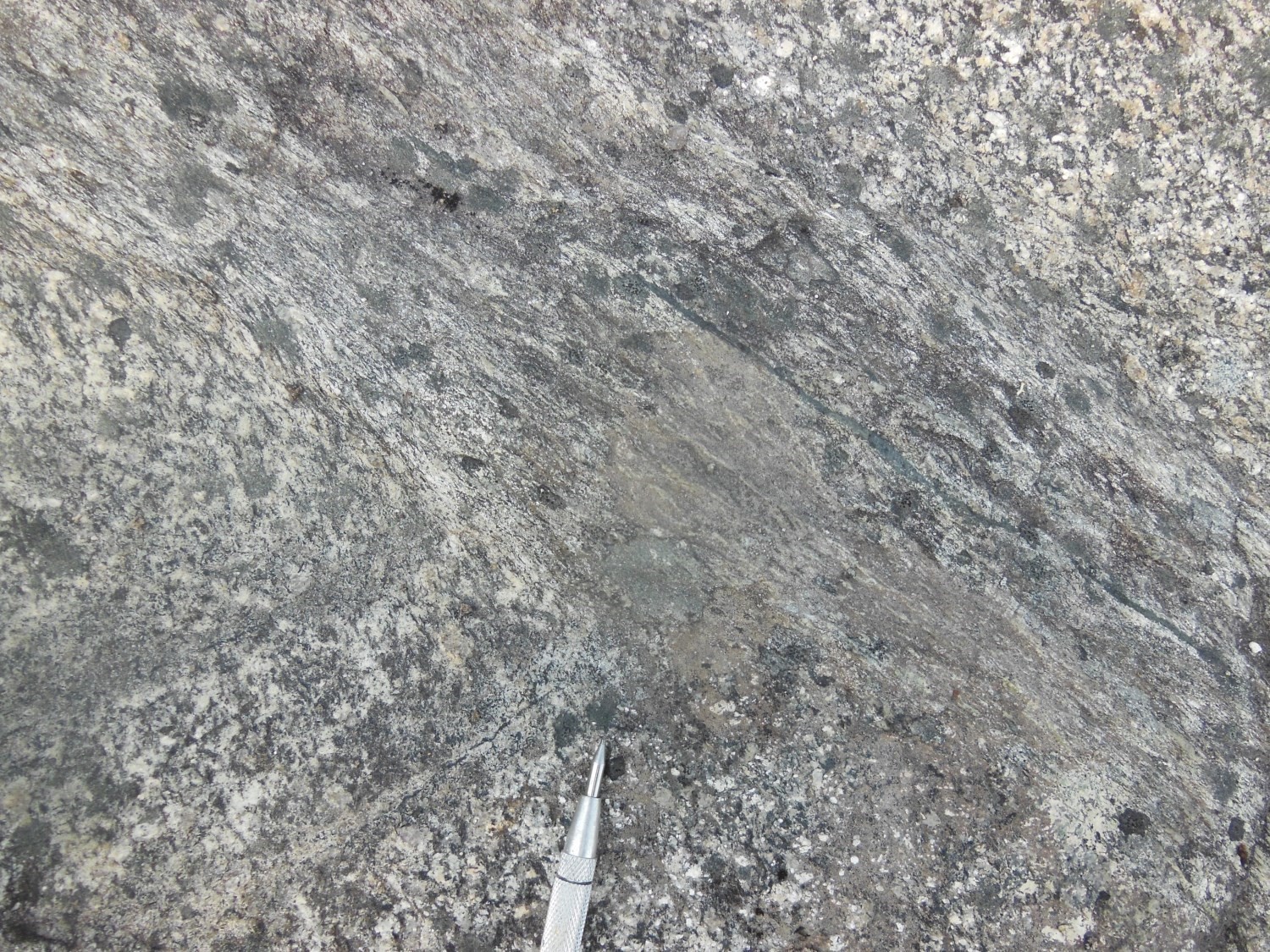 Rocks are metamorphosed to the amphibolite facies and hornblende is the predominant ferromagnesian mineral phase. In terms of regional deformation, rocks are generally foliated and locally massive. These intrusions are considered syntectonic to late-tectonic with respect to regional deformation (Moukhsil and Doucet, 1999). Larger centimetre to decimetre-thick deformation zones are observed locally. 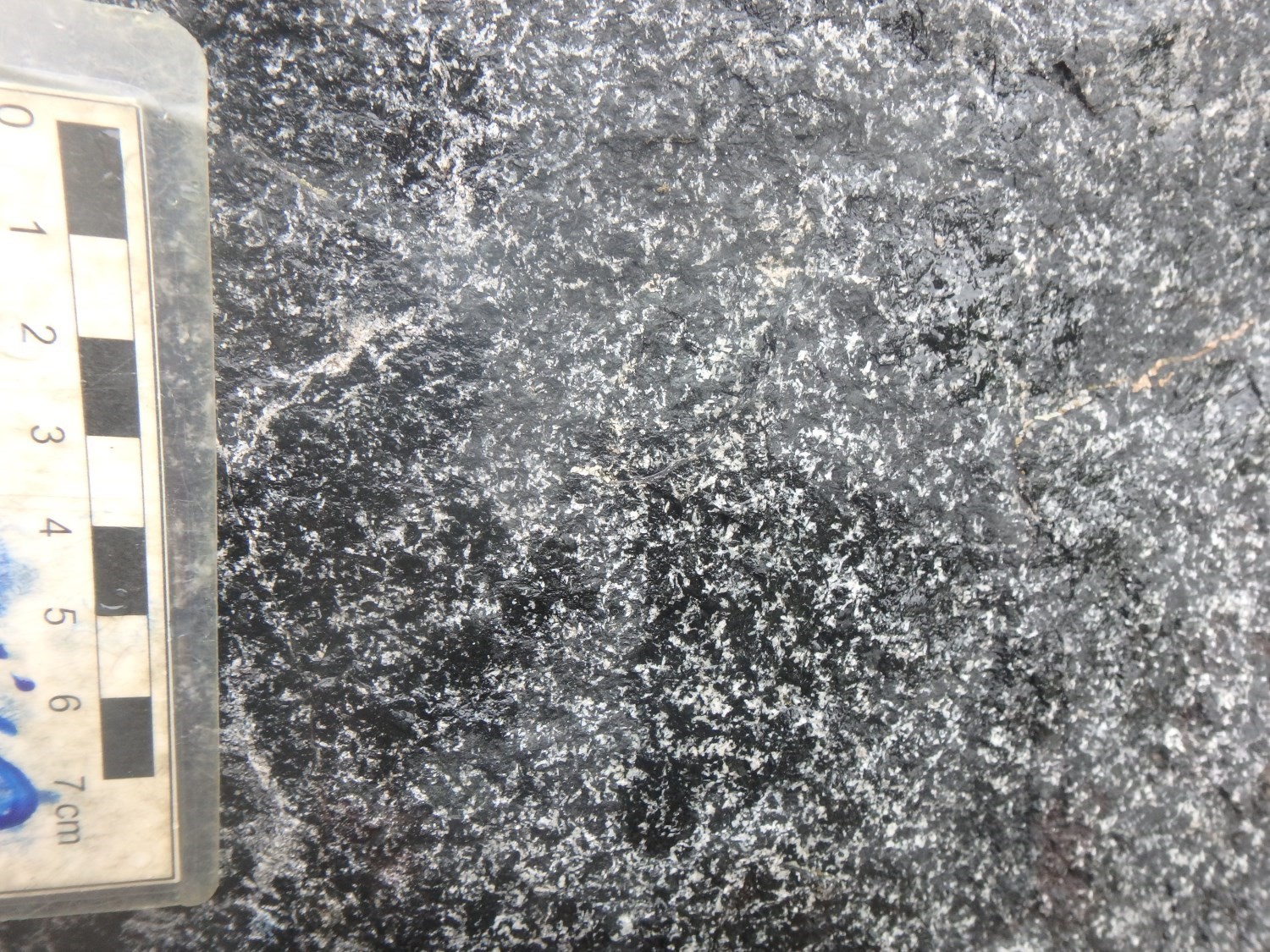 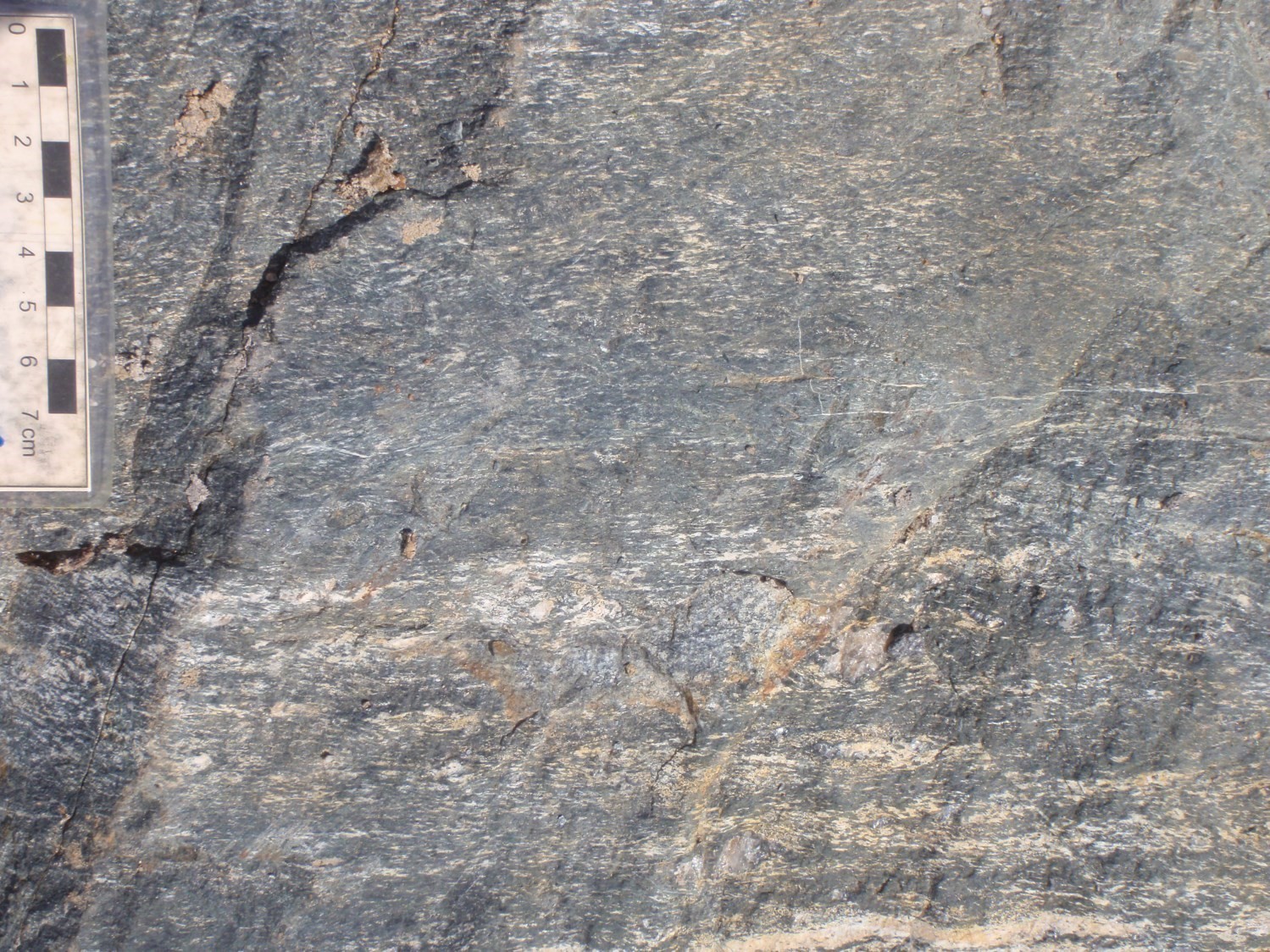 Unit nAgdi1 consists mainly of gabbro. Gabbro horizons, mostly mesocratic, locally melanocratic, are greenish black in patina and dark greenish grey in fresh exposure. Grain size is fine to medium. The rock is generally homogeneous, but locally heterogeneous. This gabbro is slightly foliated to massive and is composed of plagioclase and hornblende. The latter accounts for 50-80% of the rock. 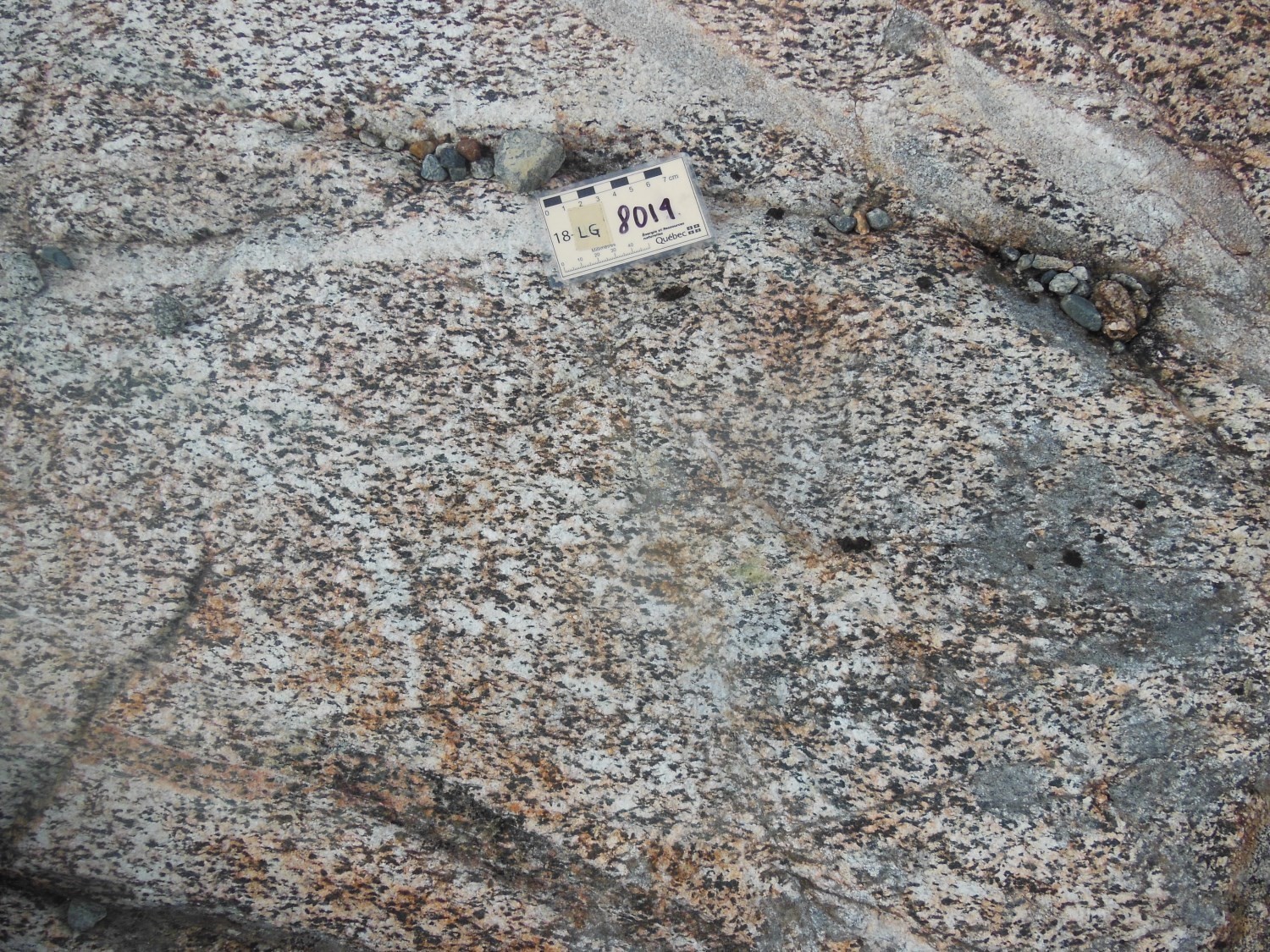 Unit nAgdi2 consists of diorite and was mapped by Moukhsil and Doucet (1999) in sheet 33B03. According to the authors, it contains 30% tabular plagioclase phenocrystals ranging in length from 3 to 10 cm. The matrix is composed of 60% plagioclase and of 40% fine hornblende crystals (Moukhsil and Doucet, 1999).

Subunit nAgdi2a was mapped by Bandyayera and Caron-Côté (2019) in sheet 32O14, in the centre of a large intrusion located north of Cramoisy Lake. It consists of a 3.5 km x 1.5 km dioritic core (nAgdi2a) and a gabbroic aureole (nAgdi1). This diorite is mainly mesocratic, locally leucocratic, and medium to coarse grained. It is white and black in patina and greenish grey in fresh exposure. This rock is generally heterogeneous, locally homogeneous, and slightly foliated. It is composed of plagioclase and hornblende. The mafic mineral content ranges from 20 to 50%. Accessory minerals are magnetite and pyrite in fine grains. 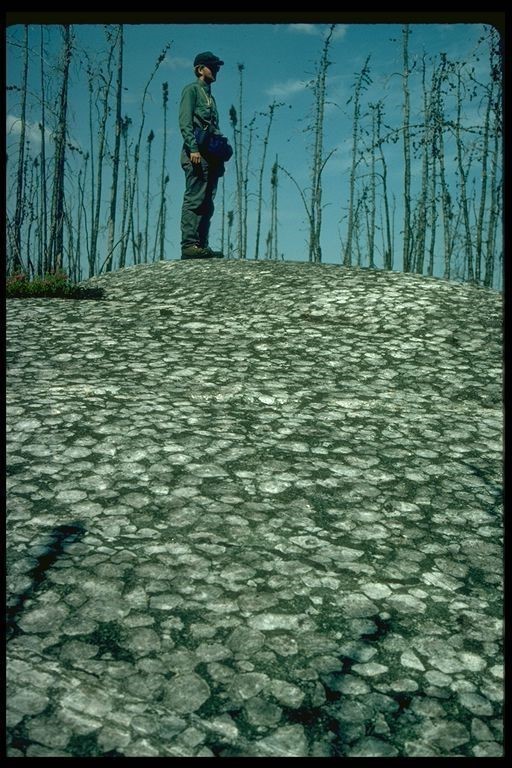 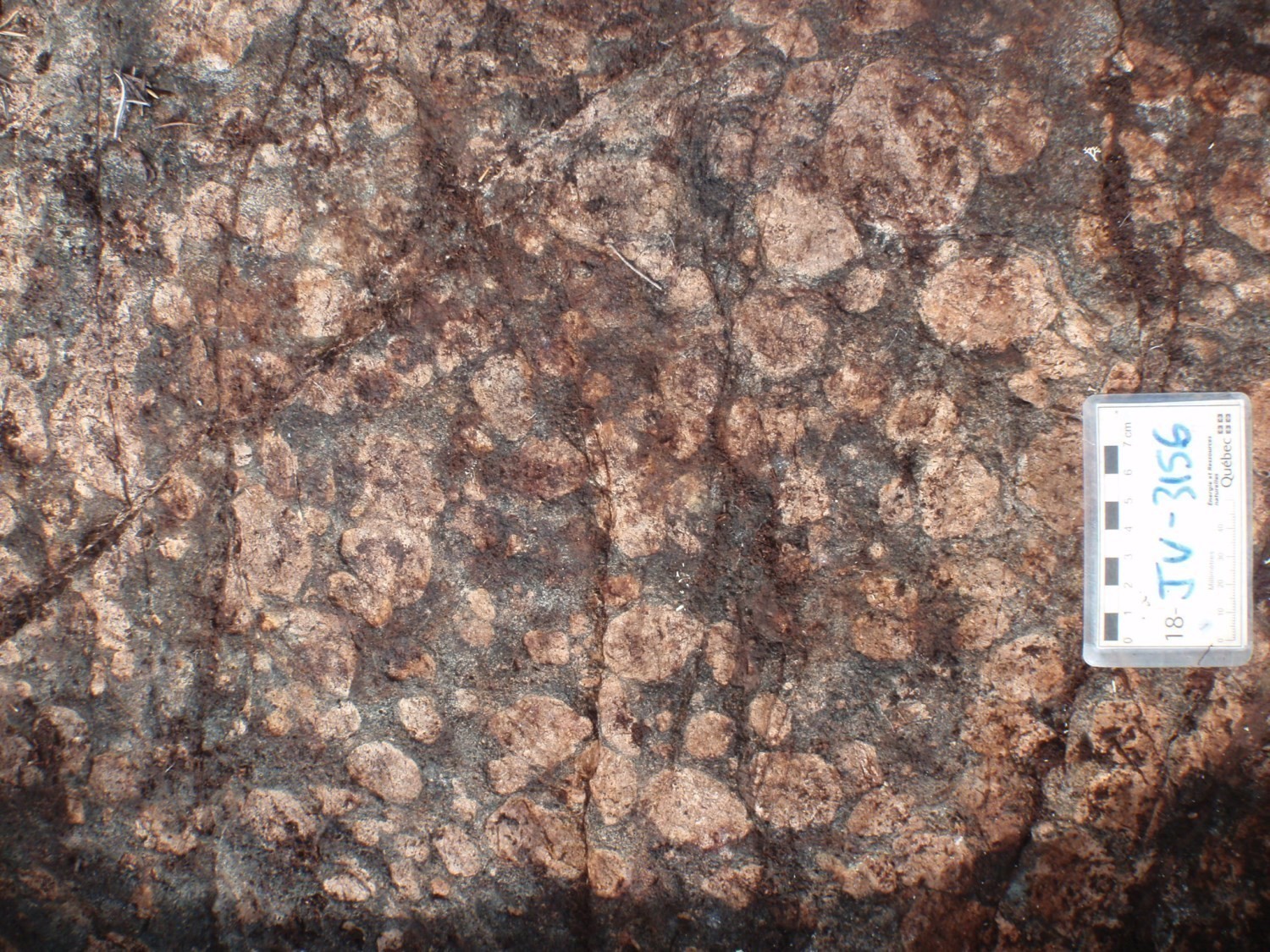 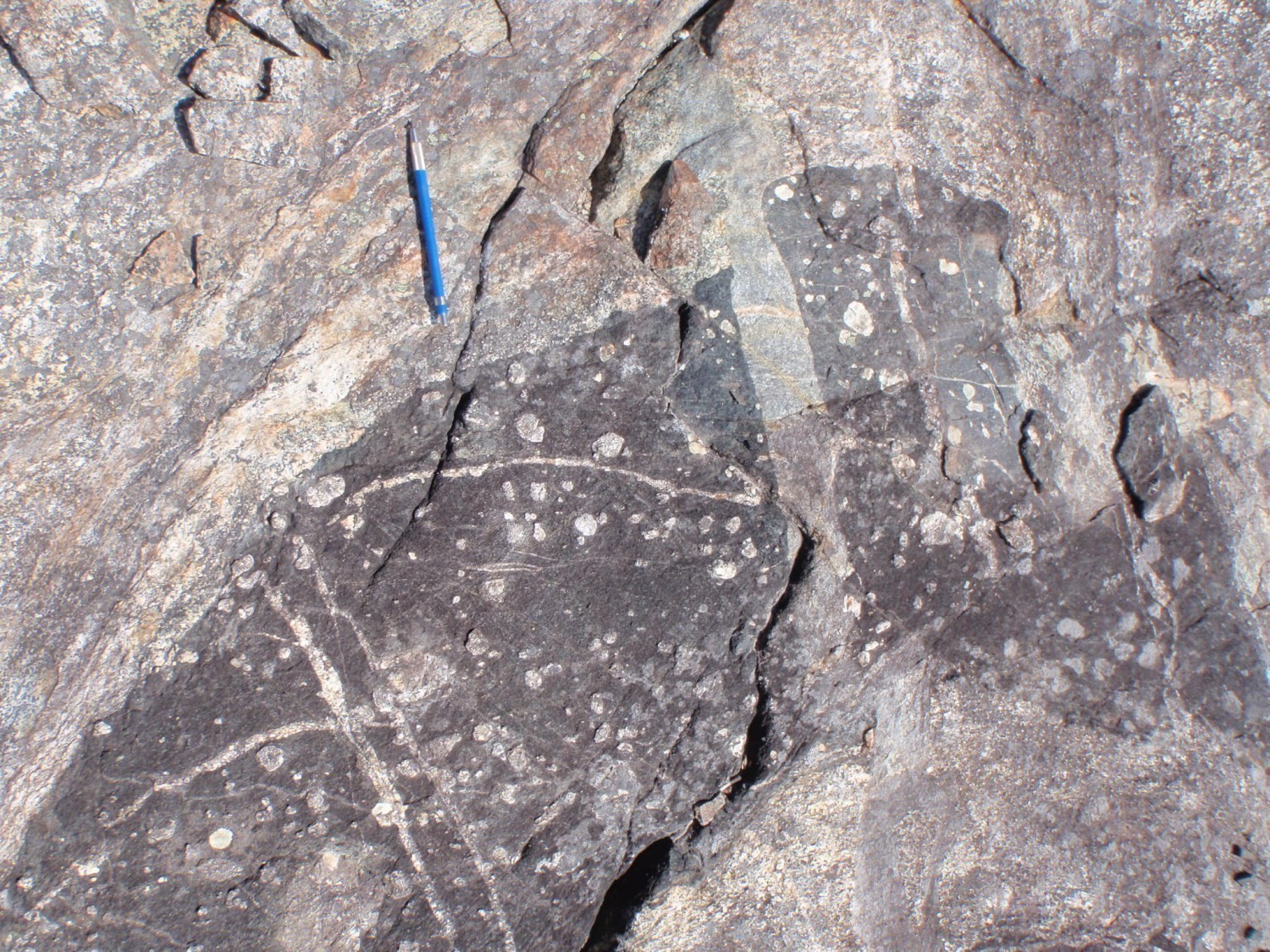 Unit nAgdi3 consists of glomerophyric gabbro. It intrudes into the Quindèle Pluton (Moukhsil et Doucet, 1999), which is in turn intruded by diorite (nAgdi2). This gabbro is distinguished by the presence of plagioclase glomerocrists. These glomerocrists represent 5-50% of the rock and have a centimetric to decimetric diameter, but reaching 25 cm locally. The matrix is fine to medium grained and composed of amphibole and chlorite (Moukhsil and Doucet, 1999). Plagioclase glomerocrists are epidotized.

The Moyenne Eastmain Gabbro and Diorite intrusions are located in sheets 33B03 and 32O14 between Arques and Clarkie lakes. They are typically 500 to 3000 m long and 100 to 500 m wide, except for a large 3 km by 7 km intrusion north of Cramoisy Lake. Intrusions hosted in supracrustal rocks of the Eastmain River Belt are E-W orientated, while those hosted in the Quindèle Pluton are NW-SE oriented.