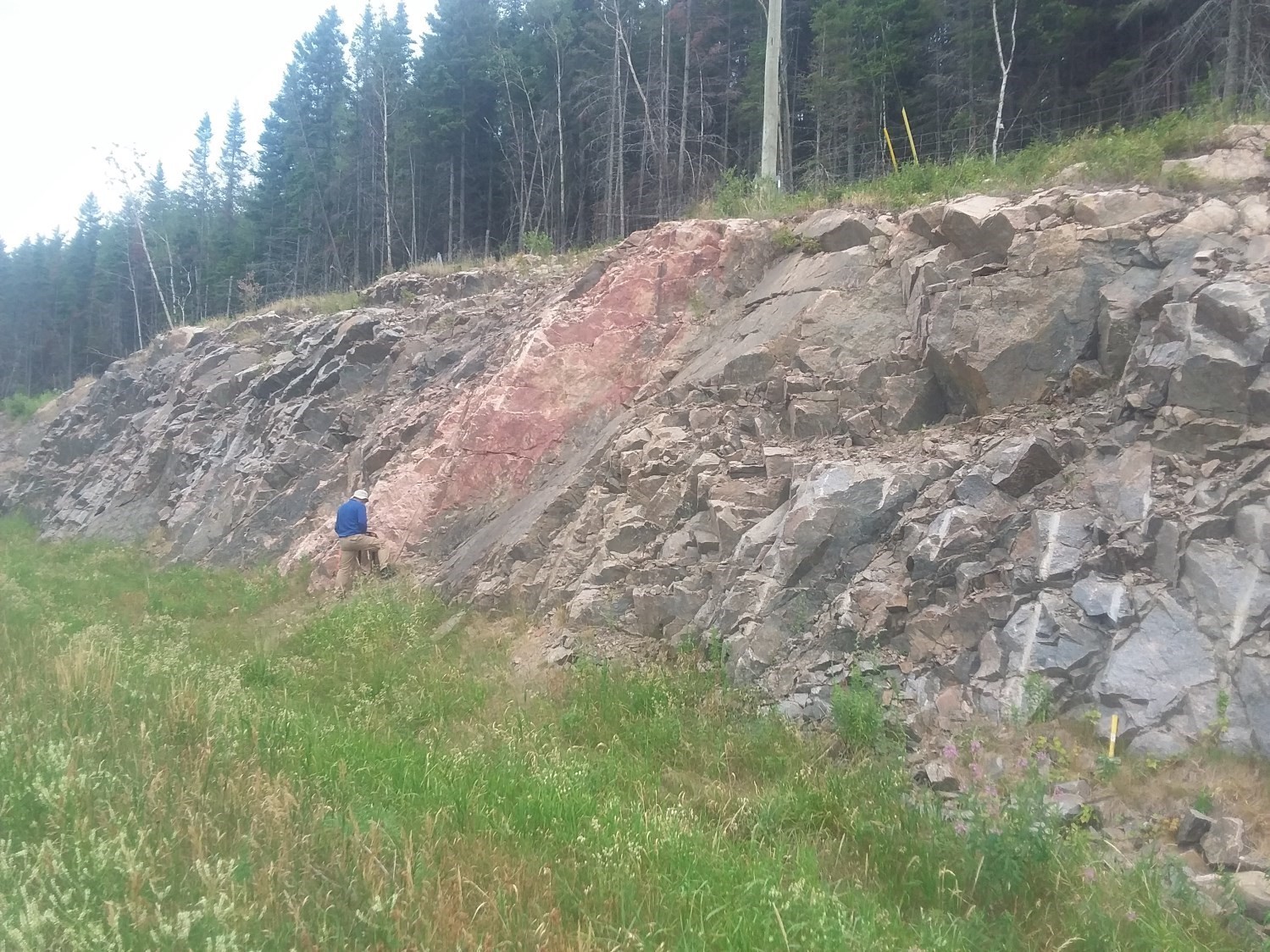 The Belley Plutonic Suite was introduced by Morfin et al. (2015) during a geological survey of the Chambord, Roberval and Notre-Dame-de-la-Doré area (NTS sheets 32A08, 32A09 and 32A10). It consists of four informal units which are characterized by distinct K-feldspar contents.

Unit mPbly1 is quite heterogeneous in composition and mainly outcrops in the eastern part of sheet 32A09. It consists for the most part of monzogranite and quartz monzonite, but also contains minor amounts of quartz syenite and syenogranite, which have a similar composition to rocks of the same type in other units of this suite. Lithologies are systematically porphyritic and typically foliated. Quartz content varies, but many field descriptions indicate contents <20%. The ubiquitous presence of K-feldspar gives a characteristic pinkish colour to this unit. The ferromagnesian minerals observed are biotite, amphibole and locally orthopyroxene. In deformed zones, rocks of this unit are augen gneiss. The planar fabric is there expressed by quartz grain flattening and, in general, preferential alignment of all minerals in the rock. 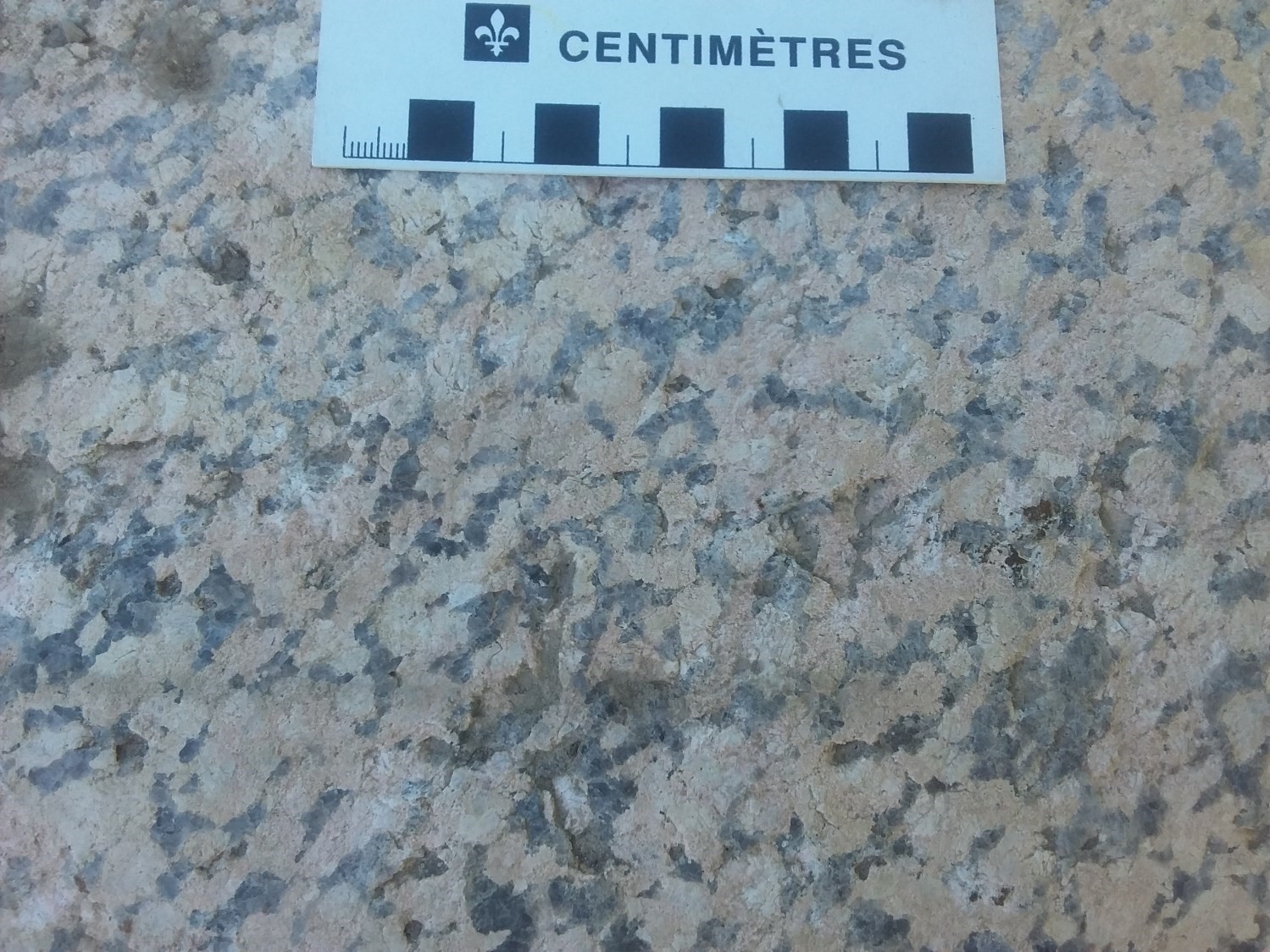 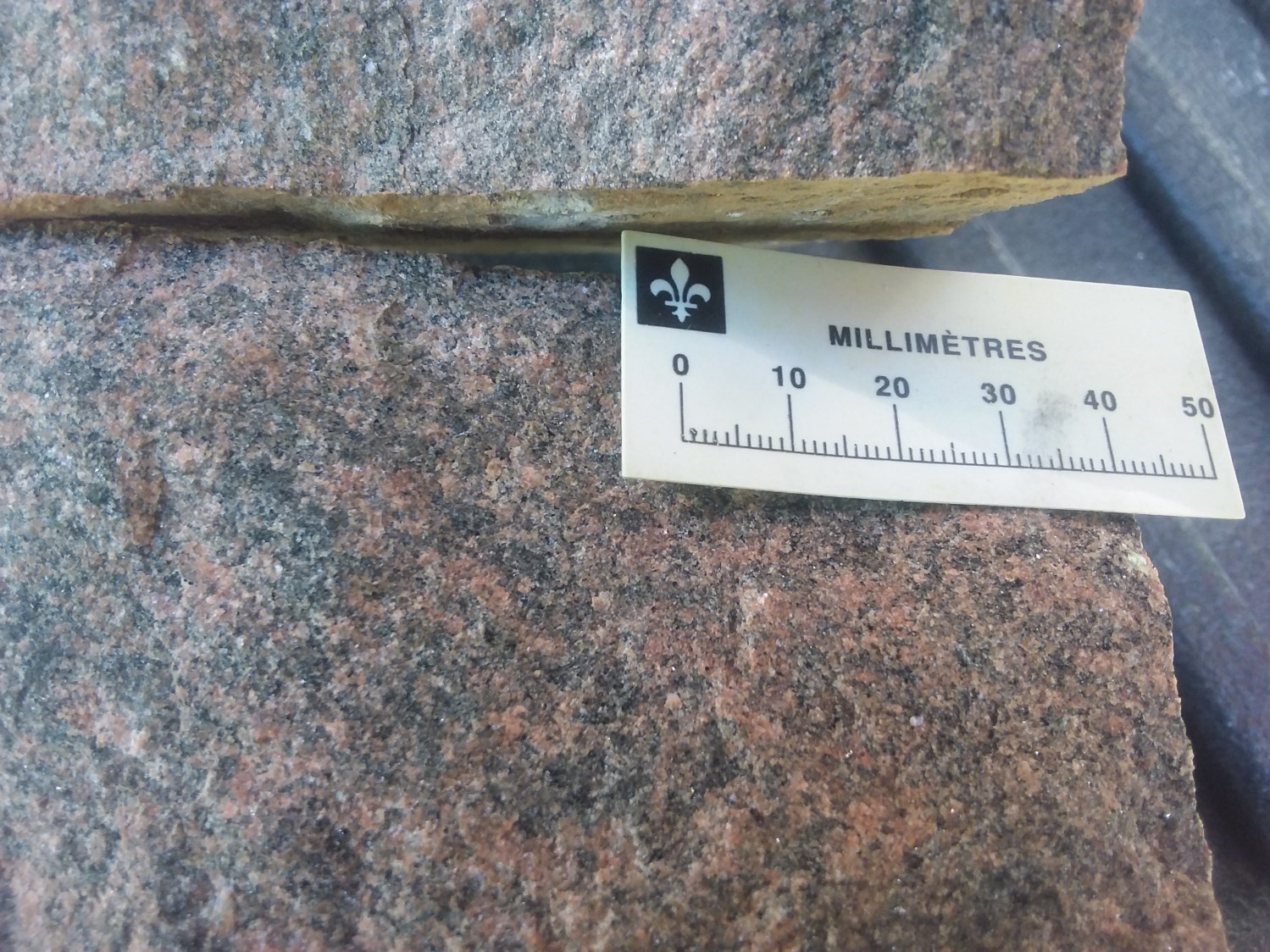 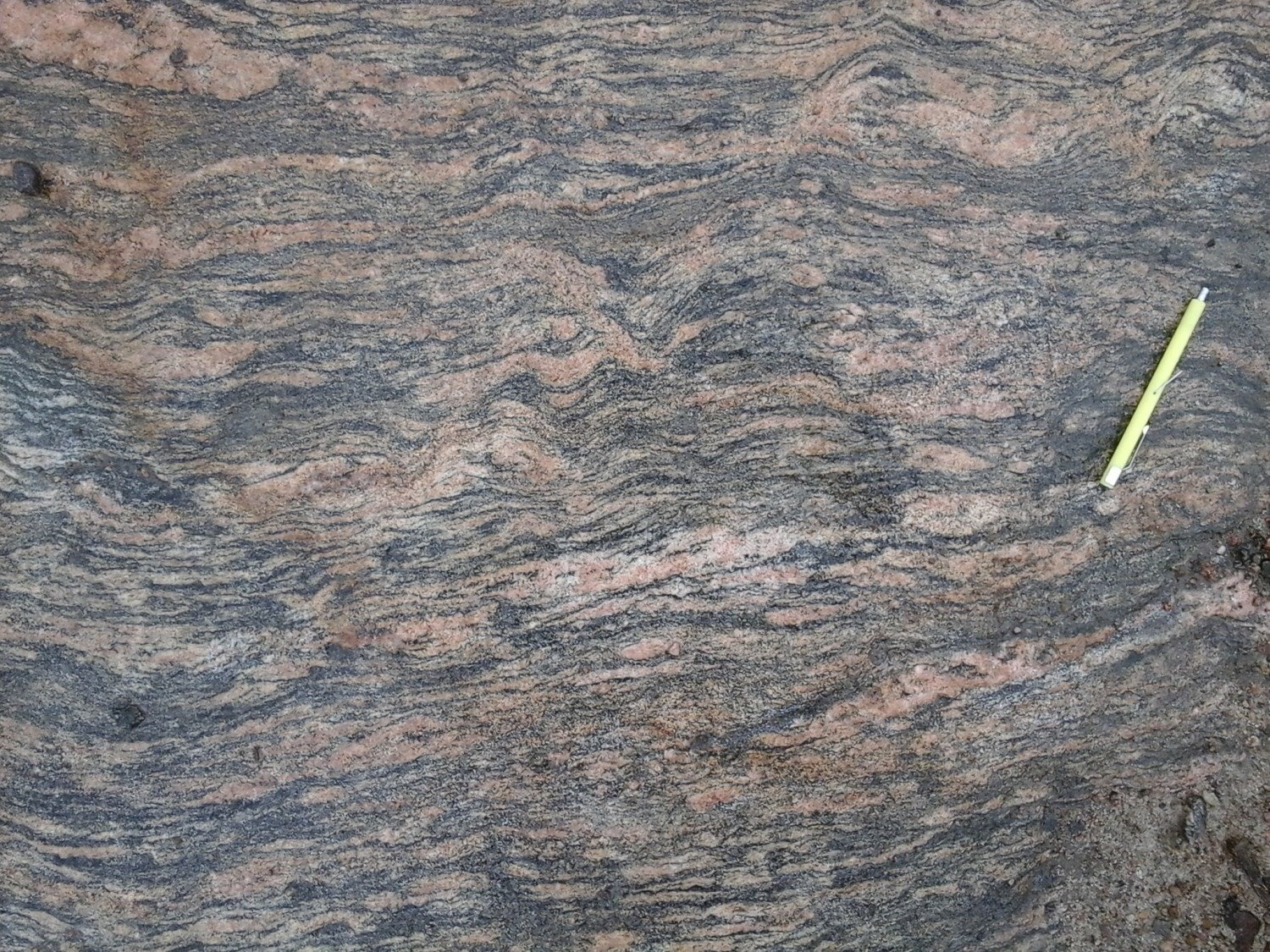 Unit mPbly3 mainly consists of pinkish monzogranite, fine to medium grained and has a low biotite content (<2%). Monzogranite is foliated and contains local K-feldspar phenocrystals. In the field, quartz and feldspar contents vary in different outcrops. Consequently, lithologies of this unit can change from a granite to a quartz monzonite. Quartz monzodiorite is grey-pink in fresh exposure and brown-white in altered surface. It is foliated and medium grained, locally porphyroclastic. Quartz monzodiorite contains some K-feldspar, plagioclase altered in white mica, magnetite, biotite and hornblende. Quartz forms large zones displaying undulatory extinction and orthopyroxene is minor (<2%), altered and locally rimed by green hornblende (uralitization). 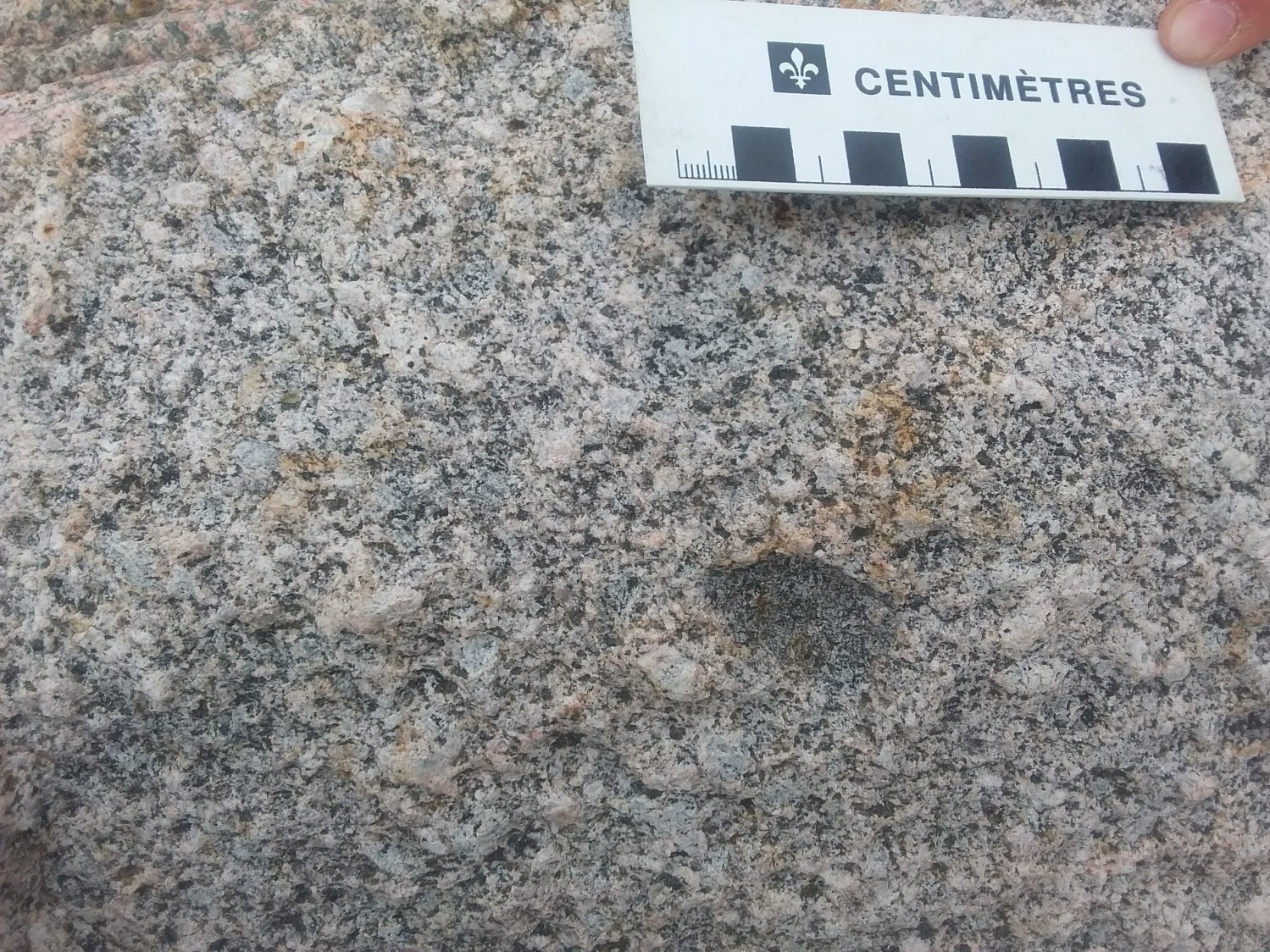 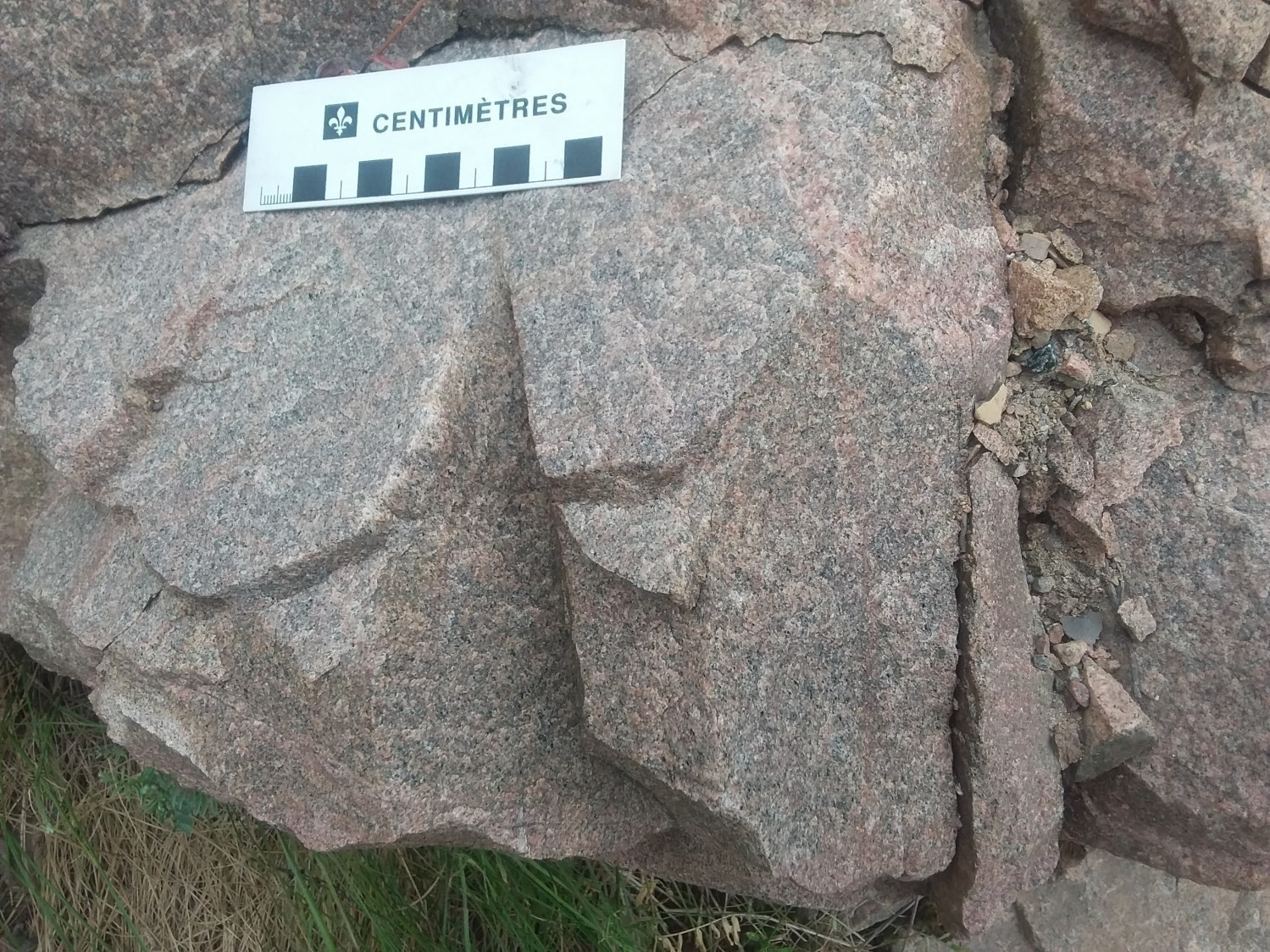 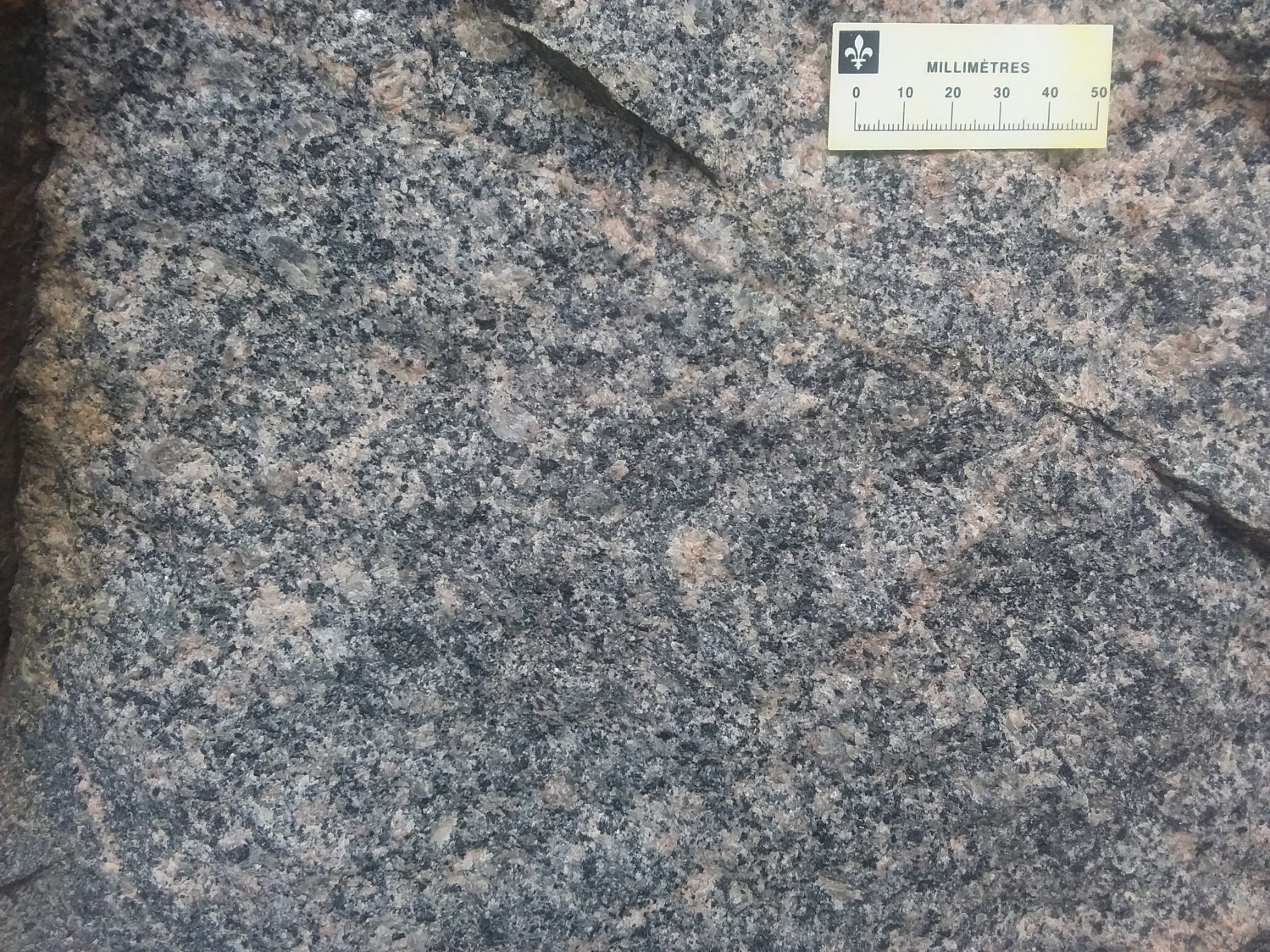 Unit mPbly4 is dominated by quartz syenite, monzonite and quartz monzonite. Some outcrops consist of granite and alkaline feldspar granite. Monzonite and quartz monzonite are similar to those of unit mPbly1 with the exception of grain size, which is systematically coarser, and their more or less massive texture. At the western edge of unit mPbly4, in contact with the Travers Suite (mPtra2), quartz syenite is pinkish to greyish and fine to medium grained, locally K-feldspar porphyritic. It contains biotite, hornblende, magnetite and some diorite enclaves (2-15 cm long).

In the field, quartz and feldspar contents vary from one outcrop to another, the rock composition thus varies from granite, alkaline feldspar granite to syenite. Granite is coarse grained to porphyritic, magnetic and massive. It contains perthitic K-feldspar, plagioclase phenocrystals slightly altered in white mica, clusters of biotite and hornblende, and myrmekite. Its most abundant accessory mineral phases are opaque minerals, apatite, epidote and zircon. Alkaline feldspar granite is light pink in fresh exposure and beige-brown in altered patina. It is generally homogeneous, medium grained and contains large crystals of locally perthitic K-feldspar, including some plagioclase and quartz in large zones displaying undulatory extinction. Ferromagnesian minerals are usually found in biotite and green hornblende clusters. Apatite, zircon, epidote, titanite and opaque minerals (magnetite) are accessory mineral phases. Locally, granite is hematitized and contains orthopyroxene-clinopyroxene-biotite-magnetite gabbronorite enclaves. Enclaves are fine to medium grained and foliated.

The Belley Plutonic Suite consists of four scattered units several kilometres long. It outcrops particularly well in sheets 32A01, 32A08 and 32A09. 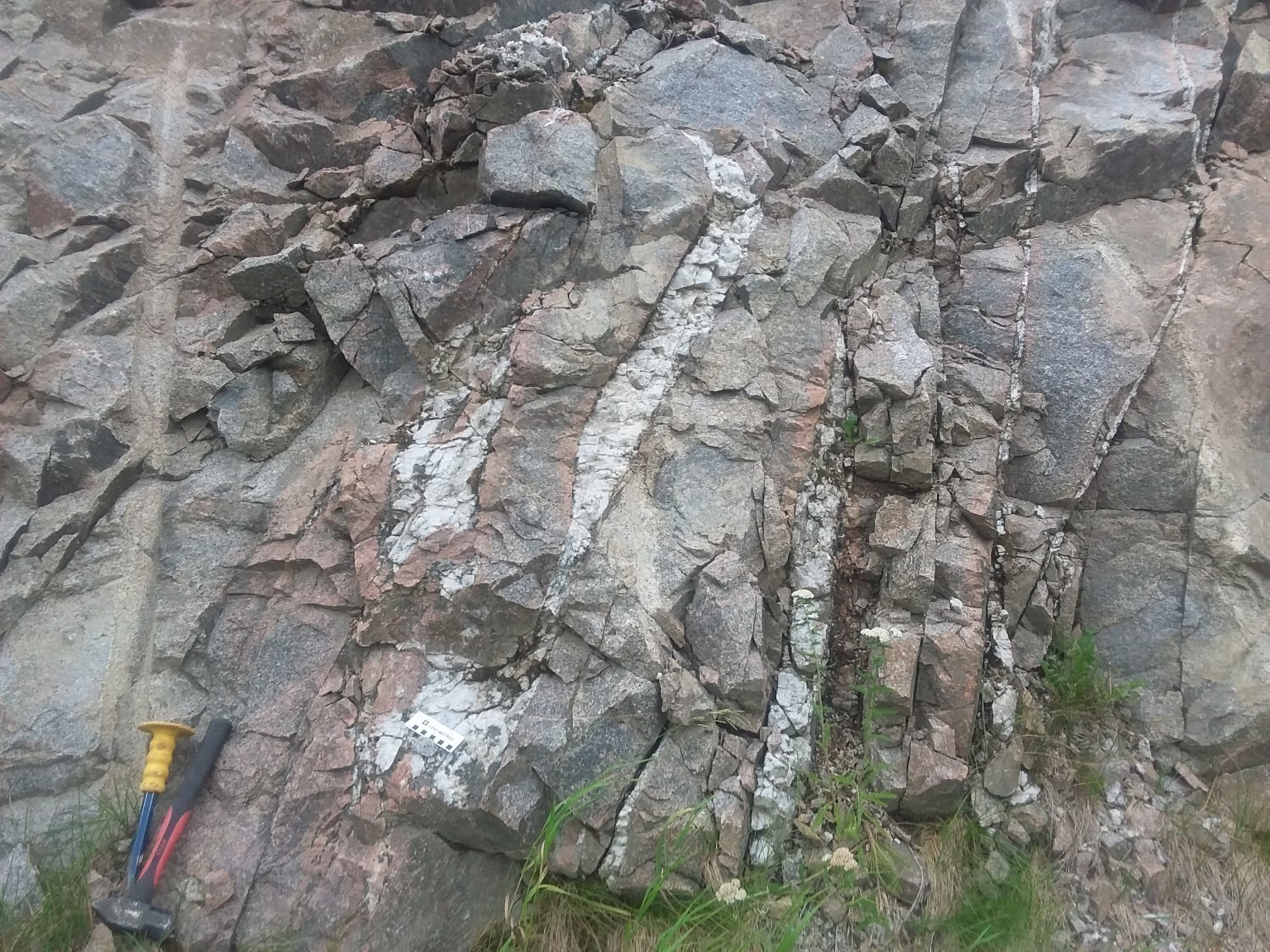 The Belley Plutonic Suite is intruded by the Lachance Mangerite and Travers Suite in sheet 32A08 (Moukhsil and Daoudene, 2019). It is also cut by pegmatitic pink syenite dykes and quartz veins.