This unit was introduced under the term “Résolution Pluton” by Hammouche et al. (2011) in the Bonaventure Lake area to describe an intrusion circumscribed in the NE portion of this area (sheet 23P02). As a result of 2016 fieldwork and compilation, Charette et al. (2019) elevated this unit to the suite rank as it now includes other plutons farther north in the Advance Lake area (sheet 23P07).

The Résolution Suite is distinguished from neighbouring units by its very high magnetic signature. It consists of two units: gabbronorite (pPrso1) and mangerite (pPrso2). These two units are often observed on the same outcrops and it can be difficult to ascertain the proportions of the different facies with certainty. Contacts between gabbronorite and mangerite are locally lobbed on the metric scale. In addition, K-feldspar xenocrysts are observed in gabbronorite, suggesting mixing of various magmas. The lengthening of gabbronorite masses is parallel to regional structure. 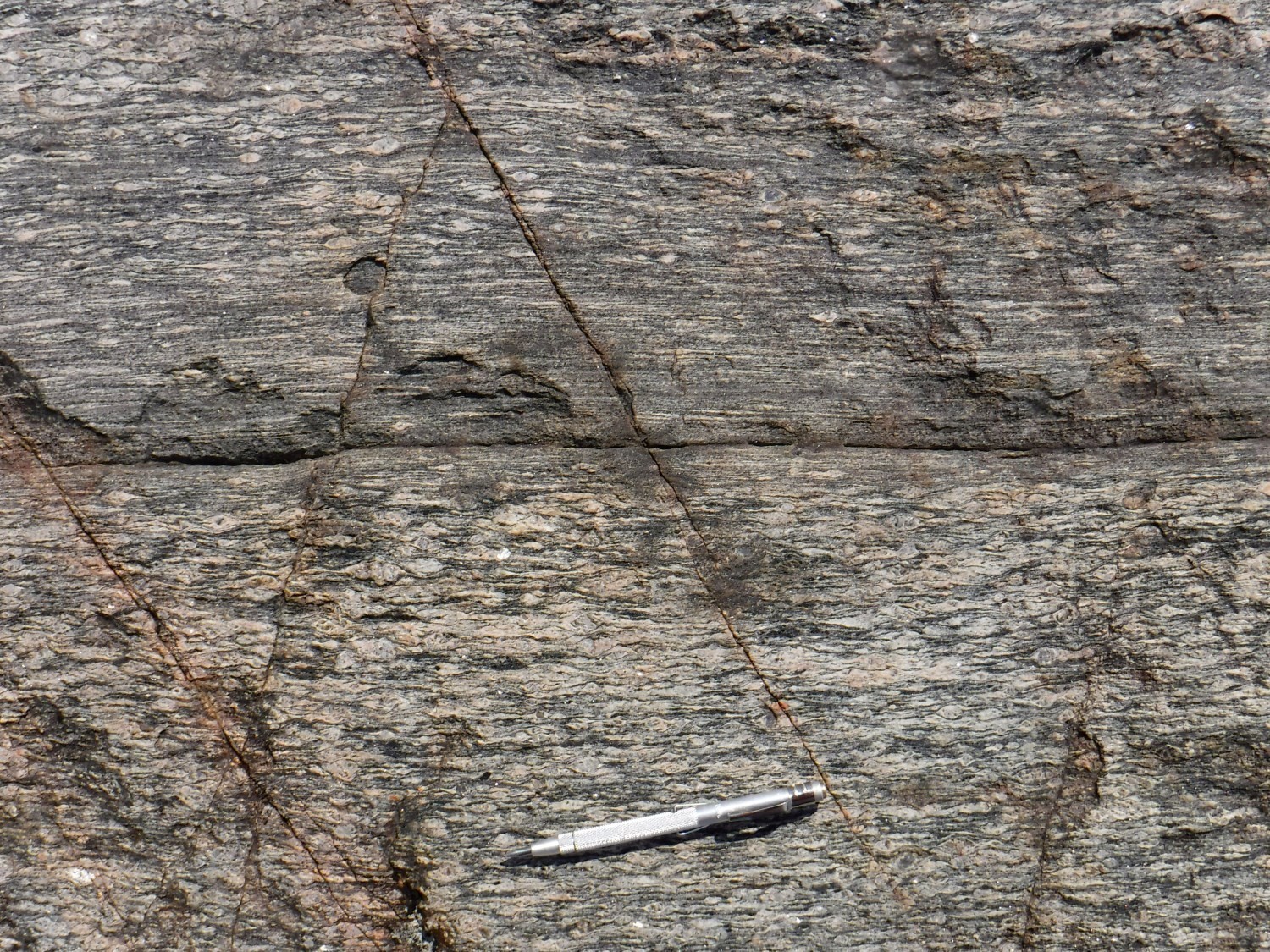 Rocks of the Résolution Suite are generally massive, but decimetric corridors of intense deformation (mylonitization) are observed over several outcrops. Irregular-shaped, metric to decametric dykes and intrusions of massive fine-grained diorite and gabbro cut orthopyroxene rocks. 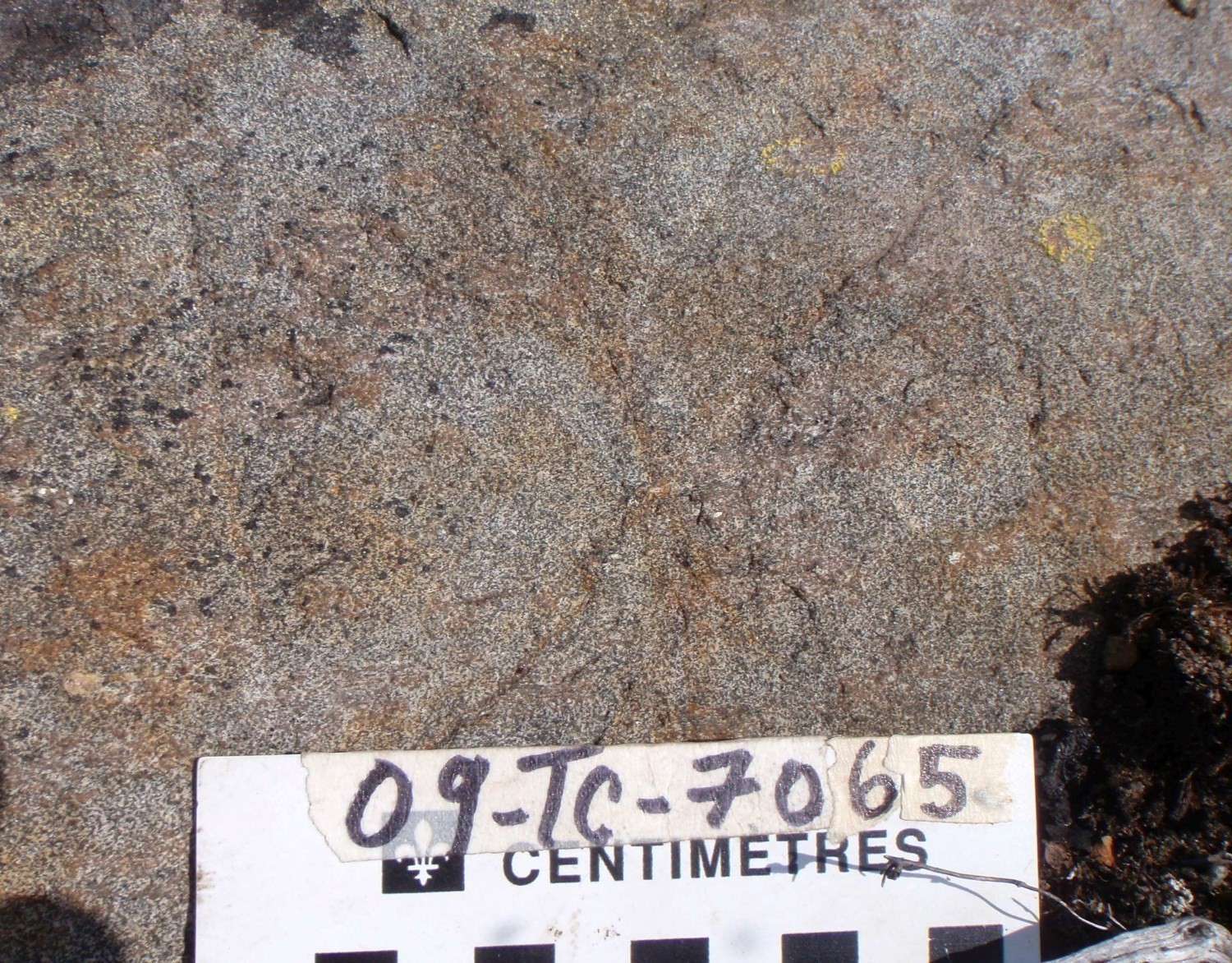 Unit pPrso1 consists mainly of gabbronorite and locally of gabbro and hypersthene diorite. Gabbronorite and hypersthene diorite are fine grained, even grained, slightly foliated, non-magnetic and brownish grey. The rock is massive, but it can also be foliated, even gneissic in some areas. In that case, it contains millimetric to centimetric bands of melanocratic amphibolitized gabbro and garnet leucogabbronorite. Gabbronorite and diorite are partially recrystallized and contain ~45% ferromagnesian minerals, mainly clinopyroxene and orthopyroxene in almost equal proportions. Pyroxene is partially replaced by a brown hornblende. With the exception of finely disseminated opaque minerals, the rock contains few accessory minerals.

Gabbro is fine grained, very highly magnetic and dark grey. It is not deformed and plagioclase occurs regularly in laths. It contains 65% ferromagnesian minerals, mainly poikilitic green hornblende with plagioclase and opaque mineral inclusions. In addition, small amounts of biotite and apatite are observed.

In the Bonaventure Lake area (Hammouche et al., 2011), gabbronorite contains garnet poikiloblasts reaching 1 cm in diameter; it has been assigned to subunit pPrso1a. Garnet can make up 20% of the rock mode and generally forms a coronitic texture visible to the naked eye around pyroxene, plagioclase and amphibole. 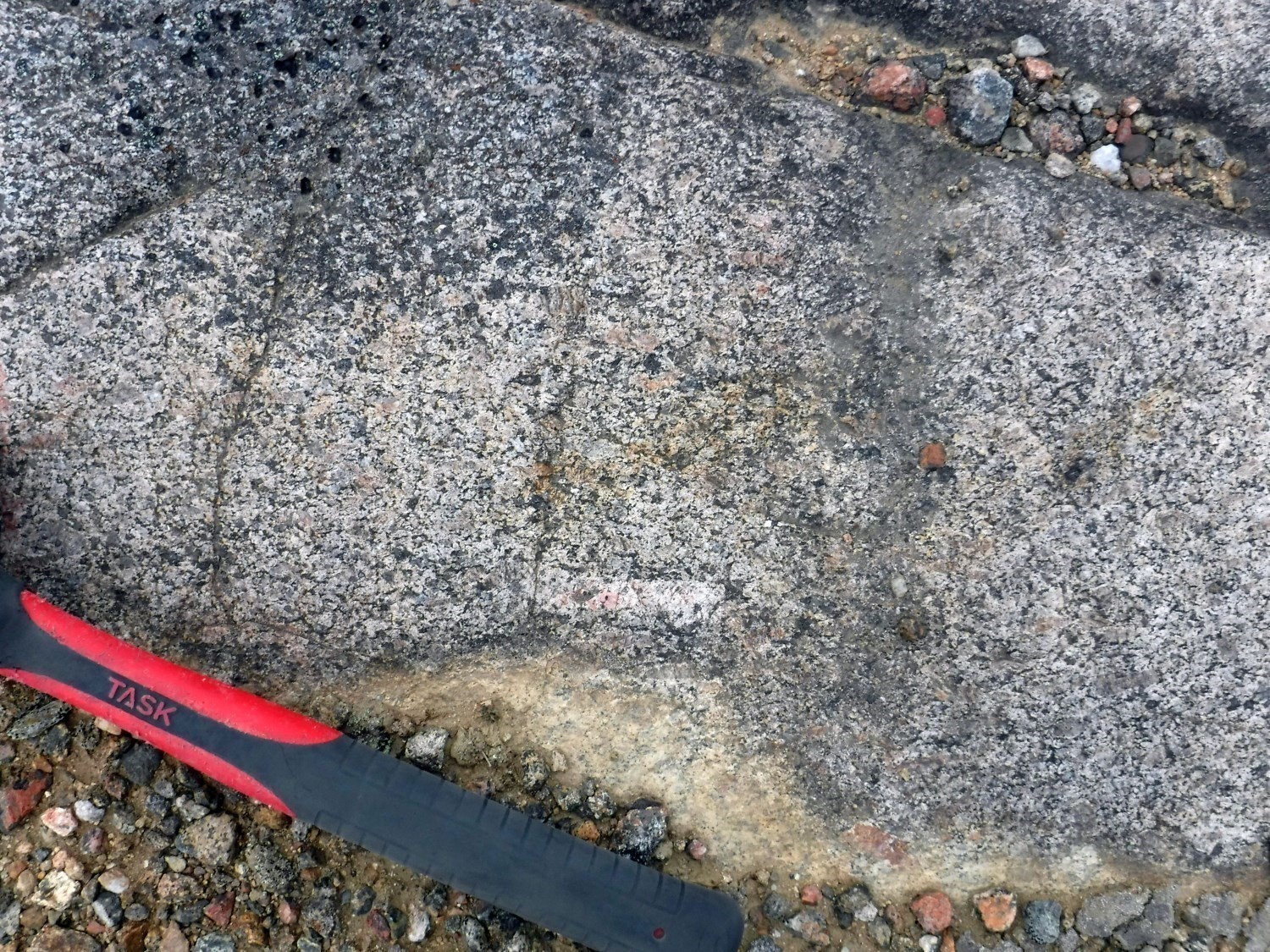 Unit pPrso2 is dominated by mangerite, but also includes charnockite and opdalite. Outside shear zones, these rocks are massive, medium to coarse grained and little or not altered. They have a purplish-grey and black speckled appearance and are highly magnetic. K-feldspar is locally N-S oriented, interpreted by Hammouche et al. (2011) as representing magmatic foliation. In thin section, quartz forms large zones recrystallized into subgrains. Ferromagnesian minerals make up 5-15% of the rock and form millimetric to centimetric clusters distributed heterogeneously. They include orthopyroxene and clinopyroxene variably uralitized, generally completely transformed into green hornblende. Some clusters contain biotite flakes that also appear to replace pyroxene. Accessory minerals are magnetite (2-4%) and apatite. 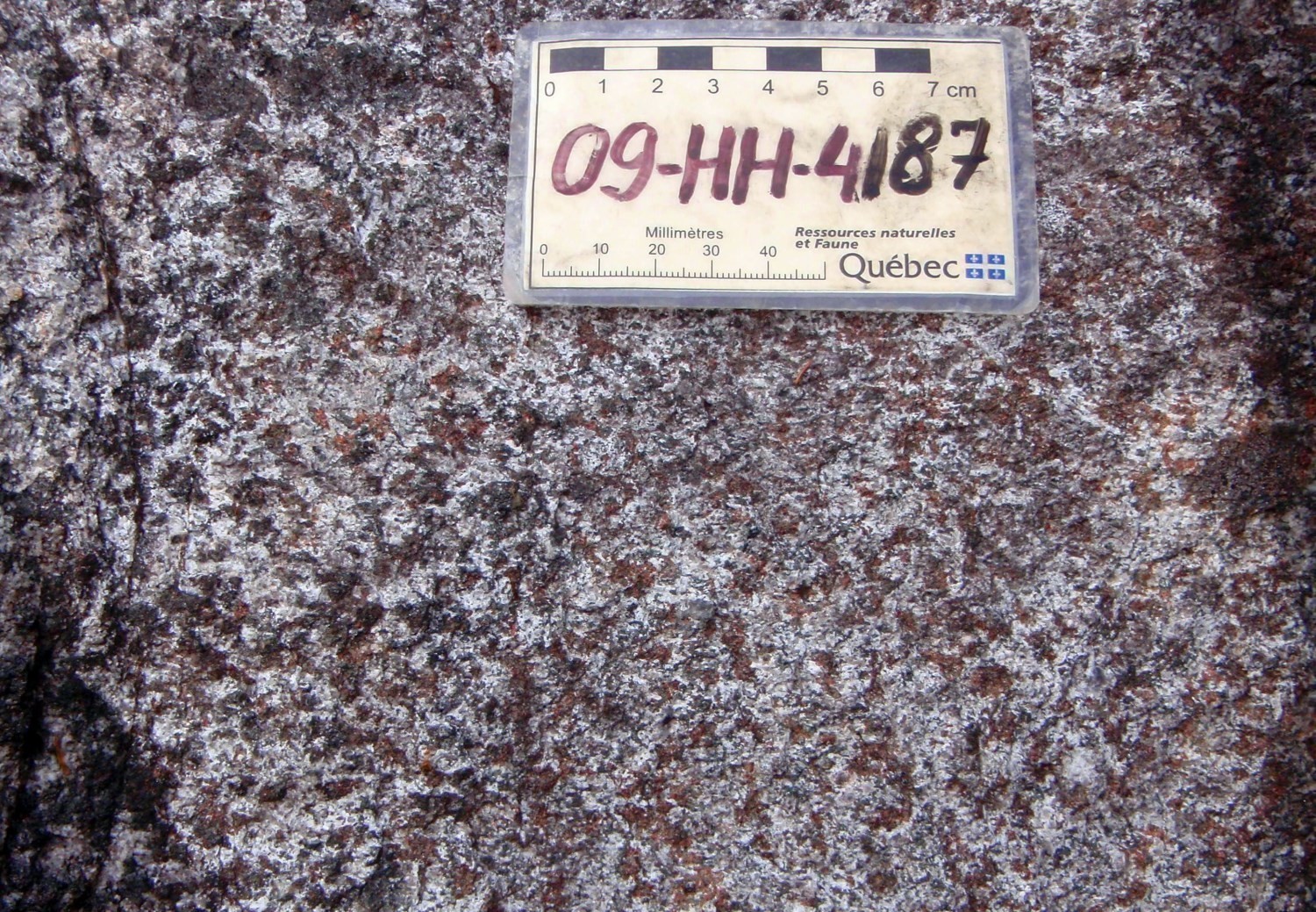 In the Bonaventure Lake area (Hammouche et al., 2011), mangerite is garnet rich (3-10%) and has been assigned to subunit pPrso2a.

No dating was done for the Résolution Suite. However, the elongated form of intrusions circumscribed in a network of faults bordering the Rivière George Shear Zone influence zone suggests syntectonic emplacement, and thus a Paleoproterozoic age.