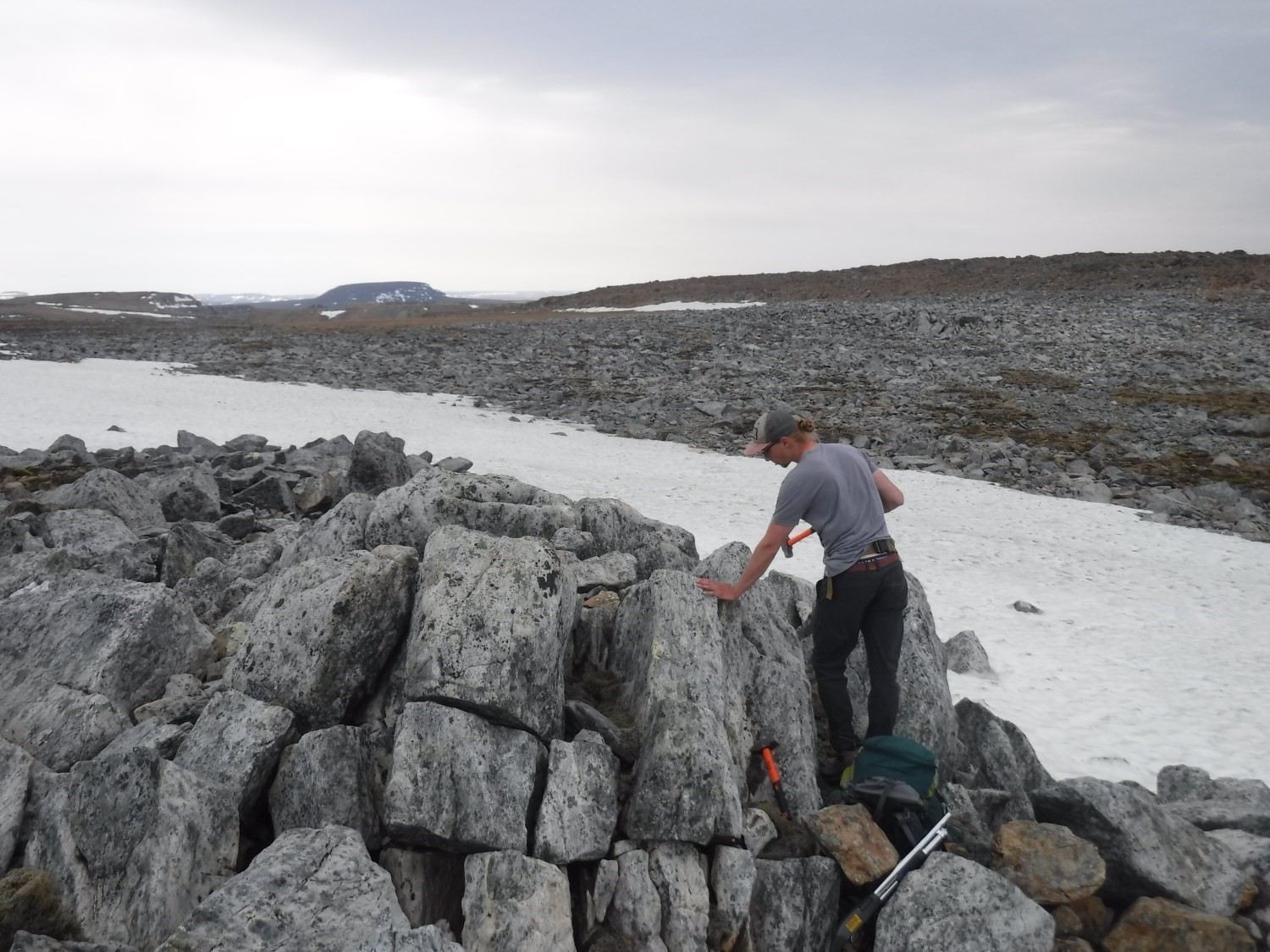 The Qimmiq Pluton was defined by Mathieu and Beaudette (2019) to individualize two kilometre-sized tonalitic plutons included in the Cape Smith Suite. The Cape Smith Suite was introduced by Taylor (1982) to describe a late intrusion. Subsequent authors (Lamothe, 2007) used the suite to group a series of late intrusions of various natures (granitic to peridotitic) that outcrop in the Ungava Orogen, mostly in the Northern Domain. 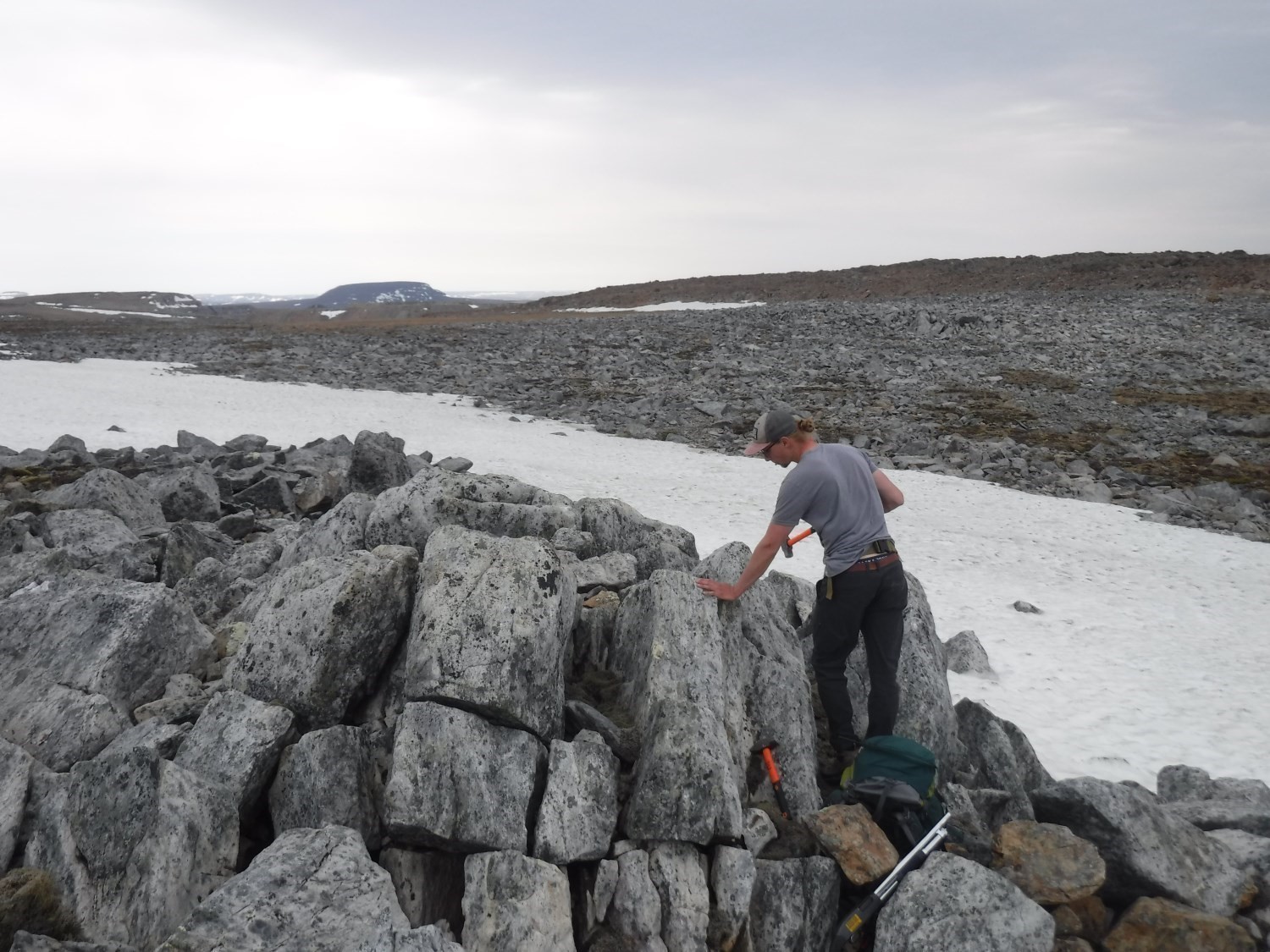 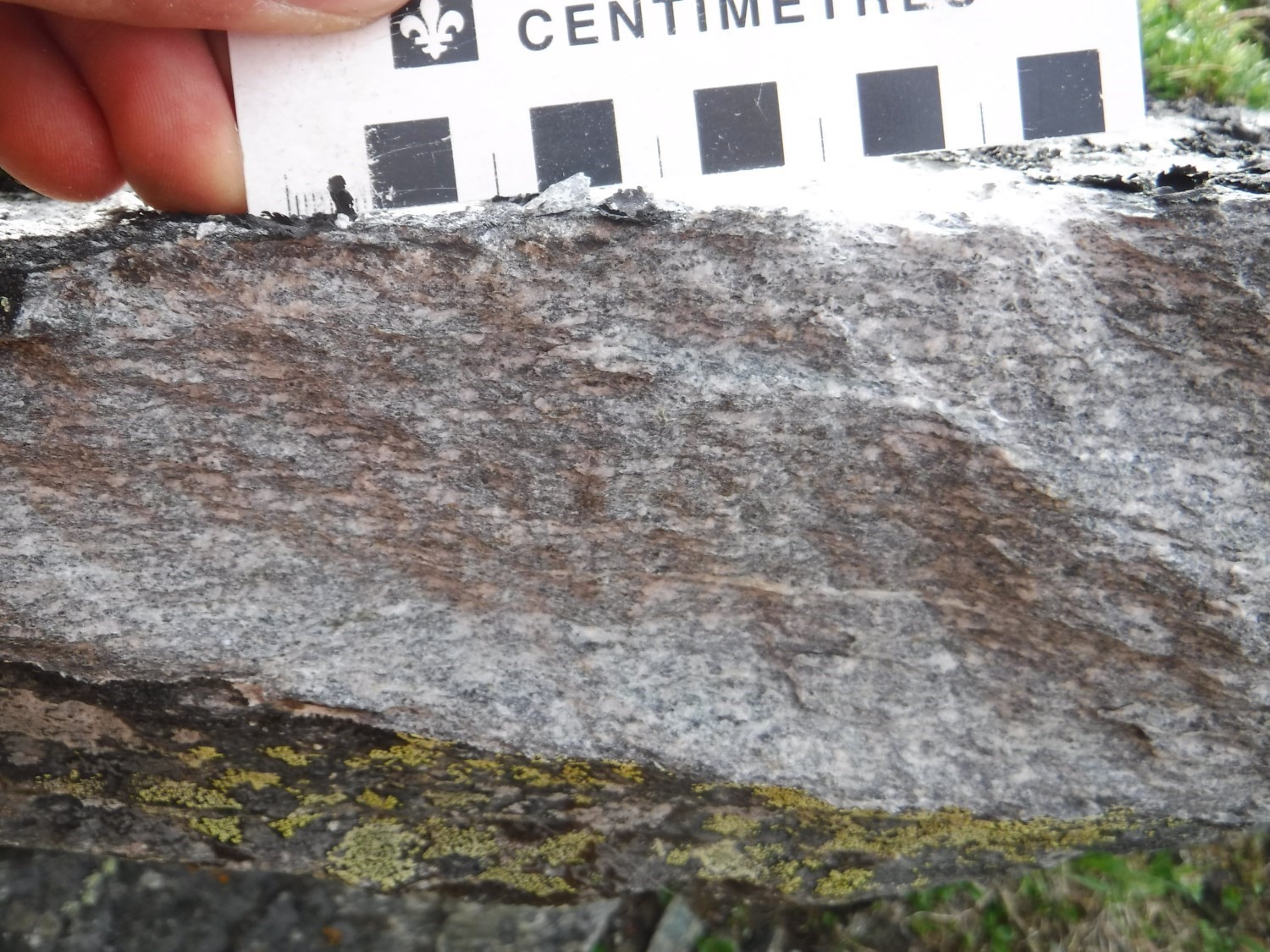 Qimmiq Pluton outcrops are easily distinguished from the dominant lithologies of the area by their whitish patina and rounded shape. The rock is light grey in fresh exposure. Samples are not magnetic. Tonalite contains 25 to 30% quartz and 10% ferromagnesian minerals (biotite and chlorite). It is medium grained and plagioclase is recrystallized as a subgrain at the edge of primary crystals. Conferring a slightly greenish colour to the rock in fresh exposure, sericitization (and more locally carbonatization and chloritization) is observed in thin section. Strong deformation results in the alignment of all mineral phases.

The intrusion outcrops at two locations on either side of the Faucon River. These are of limited dimensions: 3 km long by 250 m wide for the western intrusion, 1 km by 250 m for the eastern intrusion, and both having a thickness of ~40 m. The intrusive bodies’ elongation is generally N-S﻿ oriented.