The Chaumaux Pluton was introduced into the Saffray Lake area (Lafrance et al., 2014) to define two anorthositic intrusions a few kilometres in diameter. 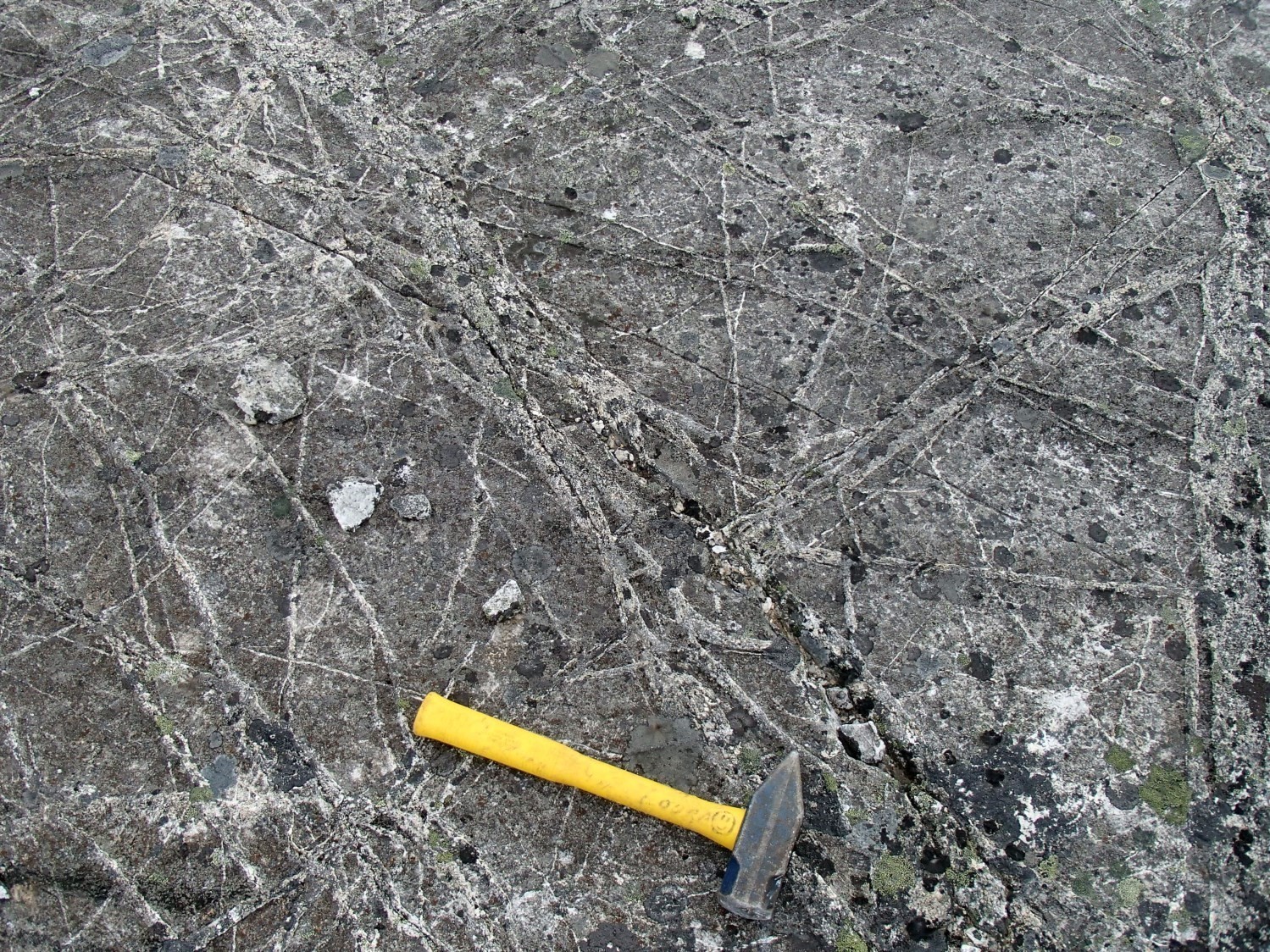 Anorthosite of the Chaumaux Pluton is light grey, massive in appearance and highly granoblastic. It is cut by a network of millimetre to decimetre-wide conjugate fractures, filled with whitish leucocratic material, giving a brecciated appearance with angular anorthosite fragments characteristic of this unit. The rock contains 2-5% ferromagnesian minerals, mainly clinopyroxene, in clusters or concentrated in discontinuous centimetric layers. Clinopyroxene is partially replaced by green hornblende or, more locally, by a chlorite-epidote assemblage. Plagioclase is also slightly sericitized.

The Chaumaux Pluton consists of one circular intrusion ~6 km in diameter and a second elliptical intrusion ~6 km by 2 km. It covers an area of ~35 km2 in the north-central portion of the Baleine Lithotectonic Domain (Lafrance et al., in preparation).

The sample taken for dating did not contain zircon.

The nature of contacts with surrounding units was not observed, but it is highly likely that the Chaumaux Pluton cuts migmatites of the Qurlutuq Complex.