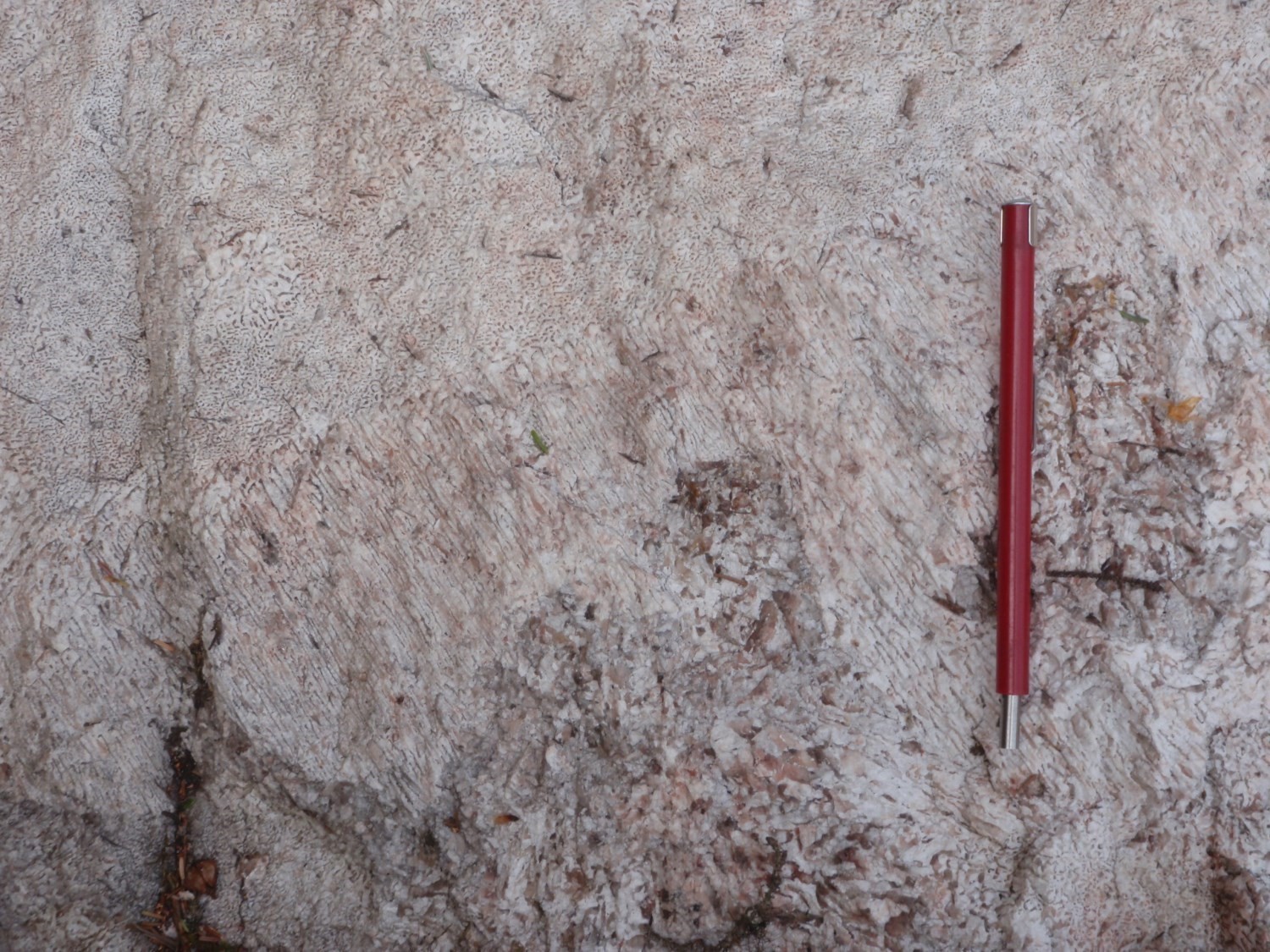 The nAkup1 unit occurs as decametric to kilometric intrusions in the Rupert Complex and the Champion Complex. It consists of massive biotite ± magnetite granite, homogeneous, heterogranular and low to highly magnetic. In places, the rock has a granodioritic composition. The nAkup1 unit is very poor in ferromagnesian minerals (<5%) and contains no garnet. The principal minerals are quartz, plagioclase, partially chloritized biotite (<5%) and magnetite (1-8%). Accessory apatite and zircon are observed in thin section.

Geochemically, these granite intrusions are typically peraluminous, type I and syncollisional.

The nAkup2 unit consists of a package of granitic pegmatite (Akup3 unit) and biotite ± magnetite granite, which are non-mappable separately at a 1:50,000 scale. Grain size contacts are generally gradual and diffuse, from medium and coarse-grained to pegmatitic, and locally sharp, showing intrusion of pegmatite into granite.

The nAkup3 unit consists of pale pink granitic pegmatite with a graphic structure. The rock is magnetic and has a massive and heterogranular appearance, as well as locally visible bedding or pegmatitic zoning. It regularly contains centimetric clusters of K-feldspar (up to 5 cm) cemented by quartz. Pegmatite has well-developed graphic and perthitic textures. Granitic pegmatite is also distinguished by a low content of ferromagnesian minerals representing less than 5% of the rock. The rock contains no garnet and rarely tourmaline. The nAkup3 unit contains enclaves of all other units of the Champion Complex. South-east of the Nemiscau Lake region (sheet 32N07), between the Rupert River and Nemiscau Lake, a kilometric pink pegmatite intrusion assigned to the nAkup3 unit contains up to 20% of paragneiss-derived migmatite enclaves originating from the surrounding supracrustal rocks of the Rupert Complex.

The various units in the Kaupanaukau Suite are elongated and are up to 15 km long and 2 km wide. In places, they form small rounded masses ranging from 1.5 to 2 km in diameter.

The Kaupanaukau Suite cuts all the other Archean rocks in the Champion Lake area, including the Champion Complex, the Lac des Montagnes Group and the Rupert Complex.