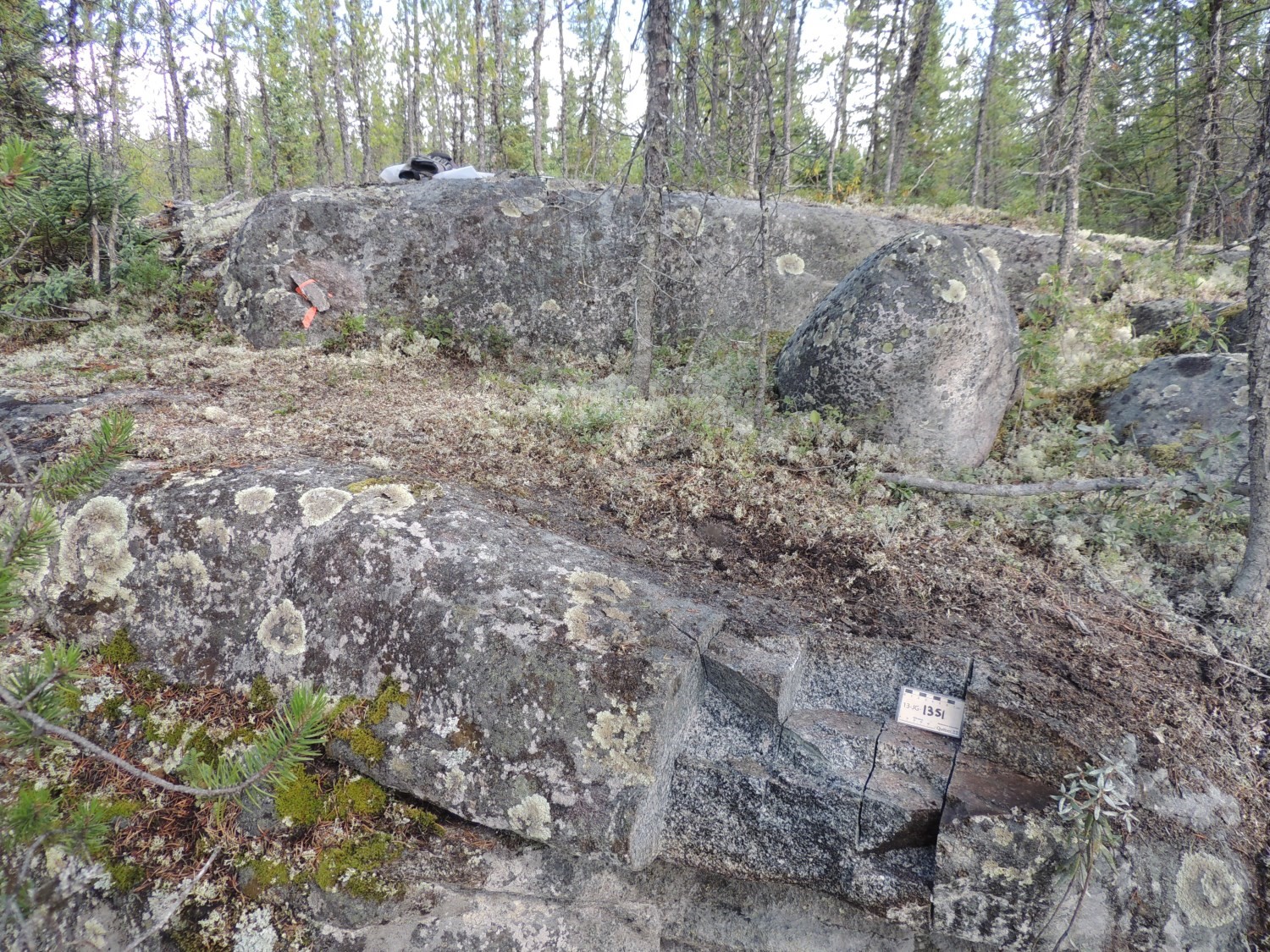 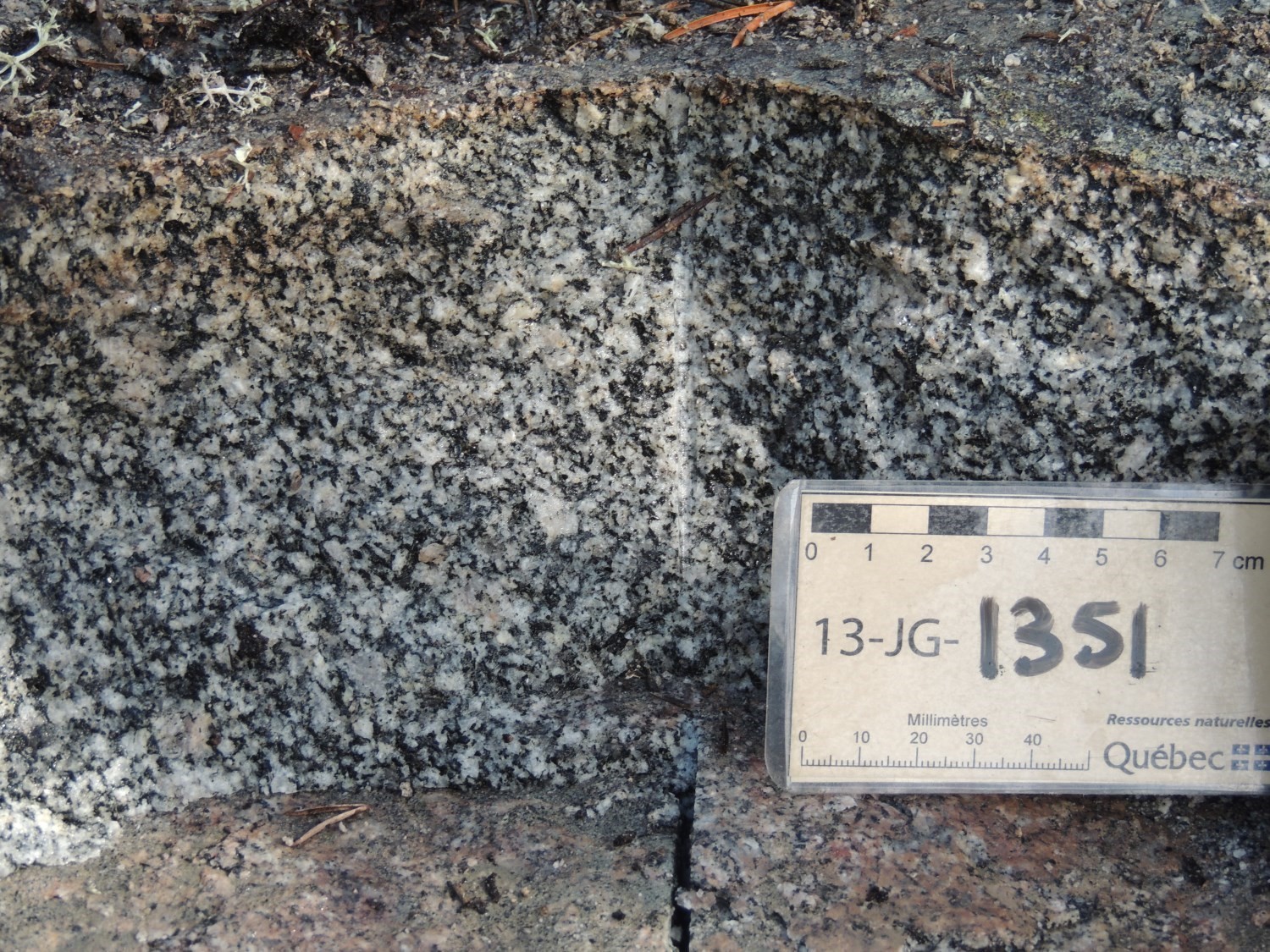 The Pichi Pluton consits of hornblende-biotite-magnetite granodiorite, K-feldspar porphyritic in its centre, and granite towards the edge with less K-feldspar phenocrystals. Granodiorite and granite are pinkish grey. They contain up to 20% ferromagnesian minerals consisting of biotite, hornblende and magnetite. Their abundance decreases towards the edge of the intrusion. Like rocks of the Richardie Suite, these rocks are characterized by the presence of 1-5% K-feldspar 1-3 cm long. Major minerals (>80%) are quartz and feldspar. Secondary minerals are sphene, hematite and epidote, while chlorite, sericite and apatite were observed in thin sections. These felsic rocks are massive, medium to coarse grained, and locally, pegmatitic. A slight foliation reflects the low degree of deformation that the rocks have undergone. Centimetric enclaves of hornblendite and diorite are common (Gigon and Goutier, 2017).

The lithology of outcrop 2013-JG-1351 is representative of the centre of the pluton. Samples from this outcrop were used for petrographic study, geochemical analysis and U-Pb isotopic dating.

The Pichi Pluton has a rounded shape, with an area of 70 km² in sheet 33H03. The centre of the puton is located 8 km west of the Pichi River and 6 km north of Jacquelein Lake.

The Pichi Pluton is located in the contact zone between the La Grande and Opinaca subprovinces. No outcrops permit observation of the pluton’s stratigraphic relationships with surrounding rocks. The shape of the pluton and its concentric magnetic signature suggest that it is intrusive into rocks of the Laguiche Complex and Kamusaawach Intrusion. It is cut by two diabase dykes belonging to the Mistassini Dyke Swarm and the Lac Esprit Dykes.