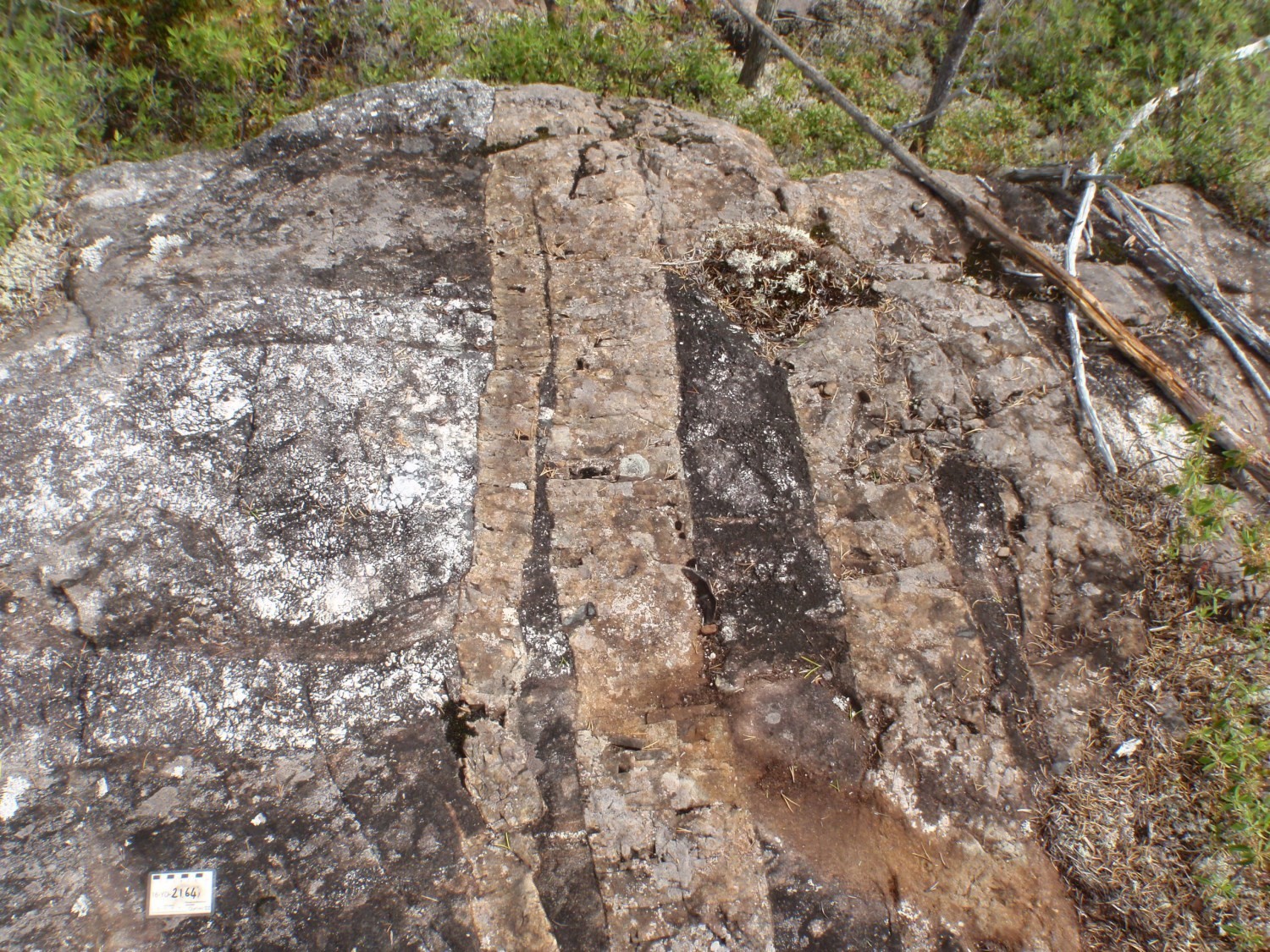 From the outset of geological mapping in Quebec and Ontario, geologists have identified post-Archean dykes and sills of diabase (e.g., Murray et al., 1897). L’Espérance (1948) and Gill and L’Espérance (1952) noted that these dykes, present across the Canadian Shield, were most likely of Keweenawan (Mesoproterozoic) age and could be classified into three categories: 1) undifferentiated or ordinary diabase; 2) quartz diabase; and 3) olivine diabase. Moore (1929) concluded that olivine diabases, to which the Abitibi Dykes belong, were consistently younger than quartz diabases. Isotope datings confirm a Keweenawan age (~1.1 Ga). The name “Abitibi Dykes” was given to these diabases by Fahrig et al. (1965) because they are well exposed on the Ontario shores of Lake Abitibi.

The Fahrig and West (1986) map, based on a compilation and interpretation of aeromagnetic surveys, illustrates the distribution of diabase dyke swarms of the Canadian Shield and their chronologies based on isotopic ages. On this map, the Western Quebec ENE dykes are associated with the Abitibi Dykes. Condie et al. (1987) were the first to associate an EW dyke from the James Bay Road Km 295 area with the Abitibi Dykes based on geochemistry. 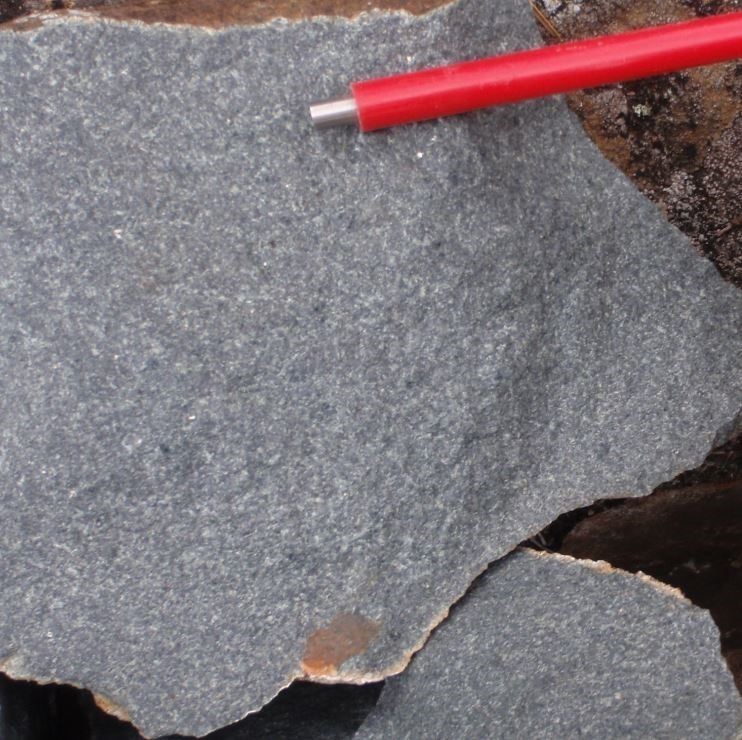 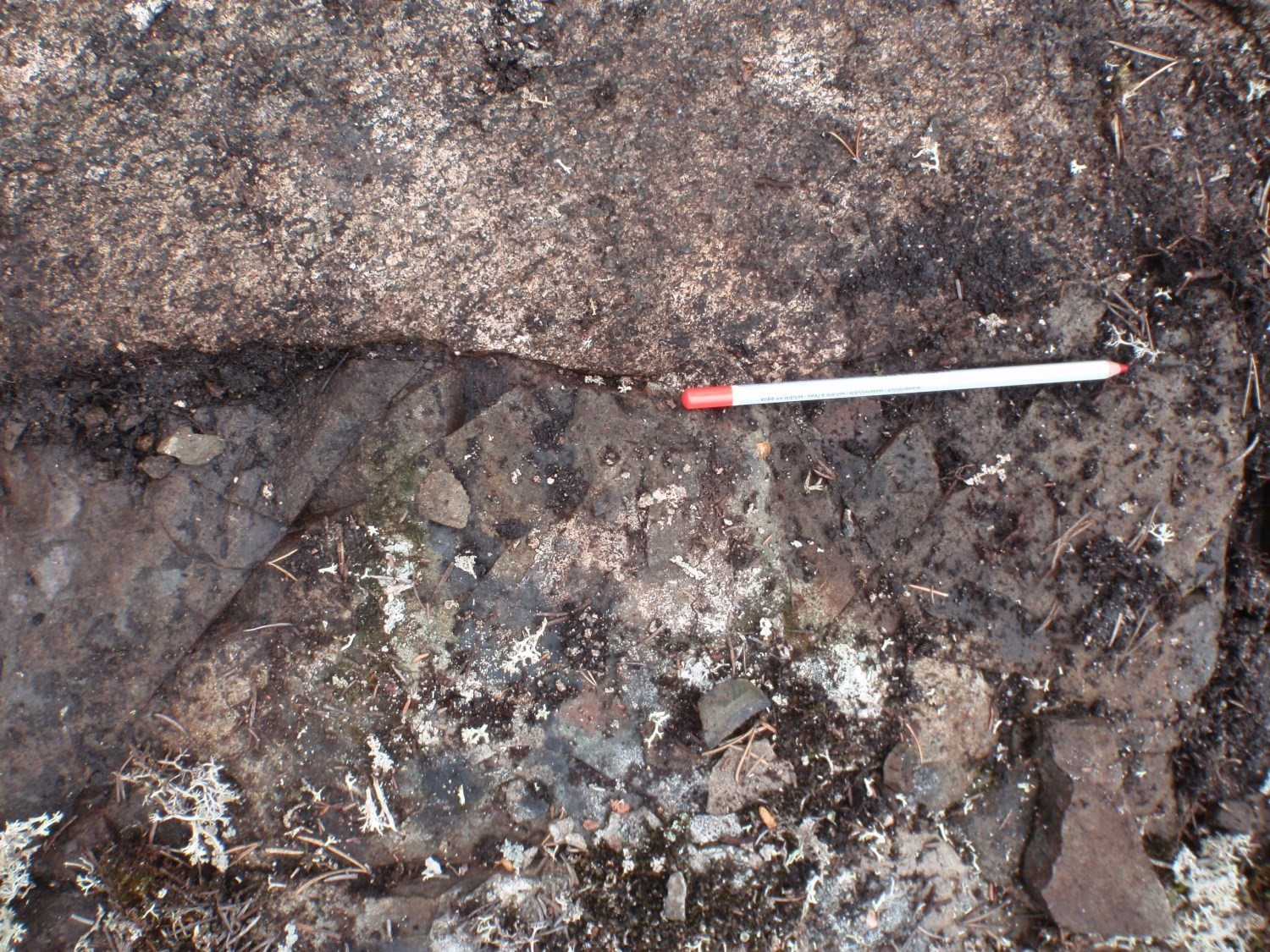 The Abitibi Dykes are composed of olivine gabbro. They are not metamorphosed. Their patina is brown and their fresh surface is greenish. The rock is composed of plagioclase, augite, olivine, titanomagnetite and ilmenite (Ernst and Bell, 1992). Accessory, interstitial minerals are K-feldspar, apatite and biotite. Trace minerals are baddeleyite and zircon. In the presence of very thick dykes (>140 m), there are two units: 1) a margin facies, aphanitic to coarse-grained; and 2) a central facies, coarse to very coarse-grained (>30 mm) with a trachytic texture defined by plagioclase phenocrystals. According to the work of Ernst and Bell (1992), the modal composition of the second unit is a monzodiorite with more orthoclase and lower plagioclase calcicity (<An50). These dykes are distinguished from other Proterozoic gabbro dykes in the Abitibi Subprovince by a slightly alkaline signature, high levels of K2O, TiO2, P2O5 and Ba, and light rare earth elements enrichment (Ernst et al., 1987; Ernst and Bell, 1992).

In Quebec, the hill east of the Anorthosite Lake (sheet 32F11) contains outcrops representative of this dyke. It ranges in thickness from 90 to 137 m. Its patina is brown and fresh surface greenish. It is medium-grained and the subophitic texture is visible in outcrop. The gabbro is composed of partially saussuritized plagioclase, fresh augite, magnetite and locally serpentinized olivine (Goutier, 2005). Accessory minerals are biotite, apatite and orthose. Alteration minerals are chlorite, serpentine, talc and epidote. The dykes at Km 295 of the James Bay Road are also associated with the Abitibi Dykes, although their orientation is almost EW. They have similar petography and geochemistry (see sample EQ02-01-07 ﻿of Ernst and Buchan, 2010, and geochemical analysis 2016067346).

The Abitibi diabase Dykes are plotted from the magnetic field vertical gradient map and outcrops. They have a straight-lined signature over kilometres and are oriented ENE. The Great Abitibi Dyke is one of the longest dykes in the world. It extends from northern Sultan in Ontario to northern Chibougamau in Quebec, a distance of nearly 620 km. These dykes are almost vertical. Their contact with host rocks is sharp. They range in thickness from a few metres to 250 m (Ernst and Bell, 1992).

Ernst and Buchan (1993) identified eight main dykes (A1 to A8) of the Abitibi Dykes, spread over 240,000 km2 from Sault-Sainte-Marie to Chibougamau. A limited number of EW orientation dykes have been identified in the area west of Nemiscau near Km 295 of the James Bay Road (Bandyayera and Daoudene, 2017). They are also associated with the Abitibi Dykes based on geochemistry. On the same basis, the dyke A8 and several NE dykes in the region between Malartic Lake and Lebel-sur-Quévillon should not be associated with the Abitibi Dykes since their geochemistry is different (TiO2, K2O, P2O5 contents and La/Yb ratio are too low).

The Abitibi Dykes are among the youngest rocks in Abitibi. Hence, they cut all Archean rocks and all Proterozoic dykes older than 1,100 Ma.