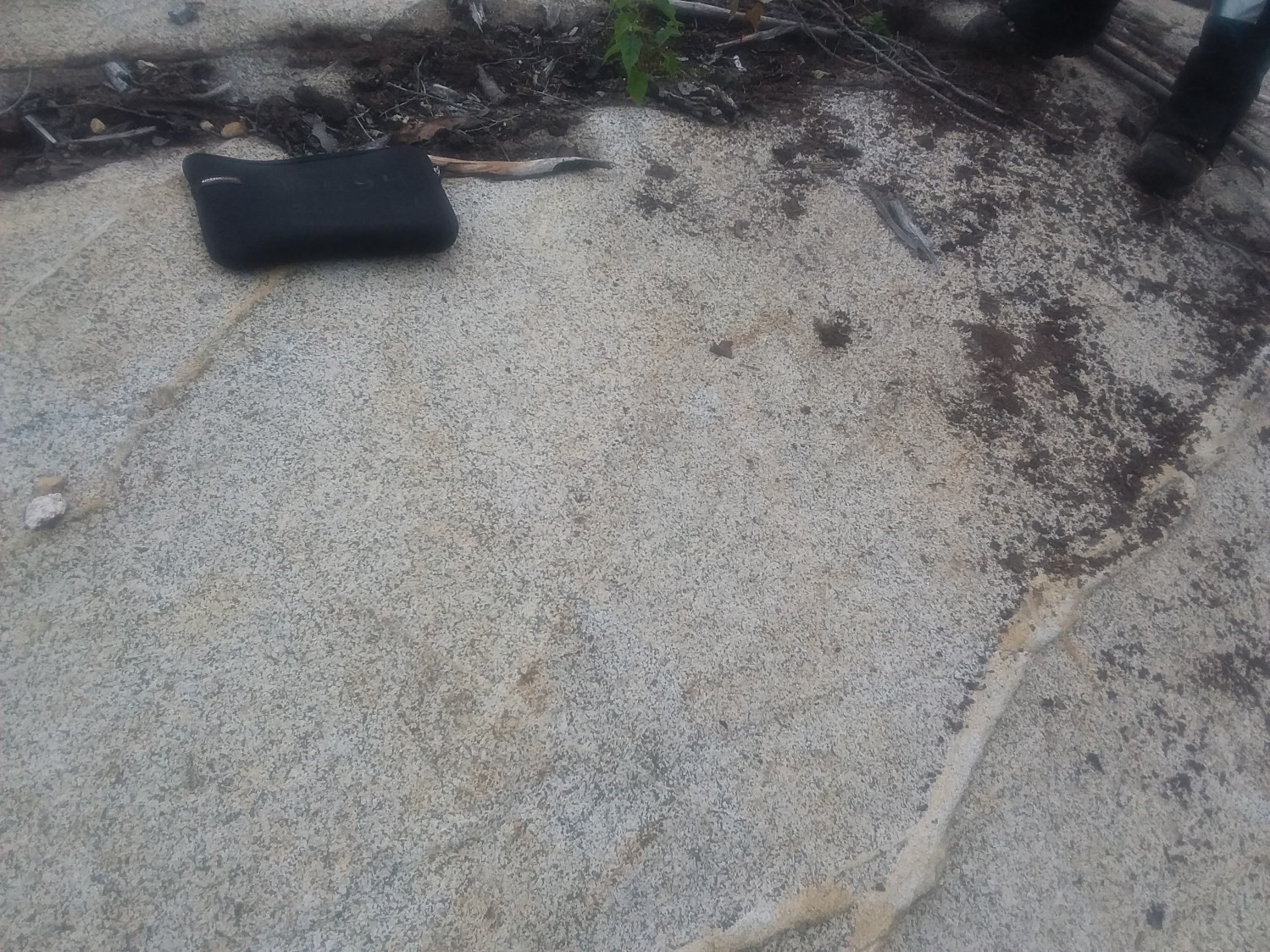 In mapping sheets 21M04 and 21M05, Hébert and Bellemare (2007) identified unit mPprr2 as a AMCG suite and separated it into three parts. Subunit mPprr2a consits of monzogranite, monzonite, monzodiorite and coarse-grained granite, mostly greenish and generally foliated, which contain K-feldspath phenocrystals in a matrix of K-feldspar, plagioclase, orthopyroxene (hypersthene) and clinopoxene. Hypersthene is partially replaced by hornblende and biotite. Subunit mPprr2b consists of mangerite, gabbro and jotunite enriched in titanomagnetite and apatite, and containing horizons or enclaves of anorthositic rocks of the mPprr2c facies. Finally, subunit mPprr2c consists of coarse-grained greenish grey-blue plagioclase anorthosite and leuconorite. When mapping the Borgia Lake region, Moukhsil and Côté (2018) only observed the mPprr2 unit without the subunits.

This unit consists of feldspar granite and monzonite, locally rapakivi whose crystals generally exceed two centimetres. In altered surface, rock is chalk white, or weakly pinkish to rusty-yellow white. In fresh exposure, it is mainly greenish, rarely pinkish grey or brownish. Feldspar phenocrystals, usually rounded, sit in an unabundant matrix of quartz, biotite and hornblende resulting from primary hypersthene retrograde metamorphism. Plagioclase is often perthitic to mesoperthitic and myrmekites are common. Monzonite is porphyraceous, greenish and massive to weakly foliated. It is rarely pinkish grey or brownish. It contains about 10% biotite and hornblende, and hypersthene locally (mangerite). In both facies of this unit, accessory minerals (<5%) are zircon, allanite, titanite, magnetite, epidote, apatite and scarce monazite. 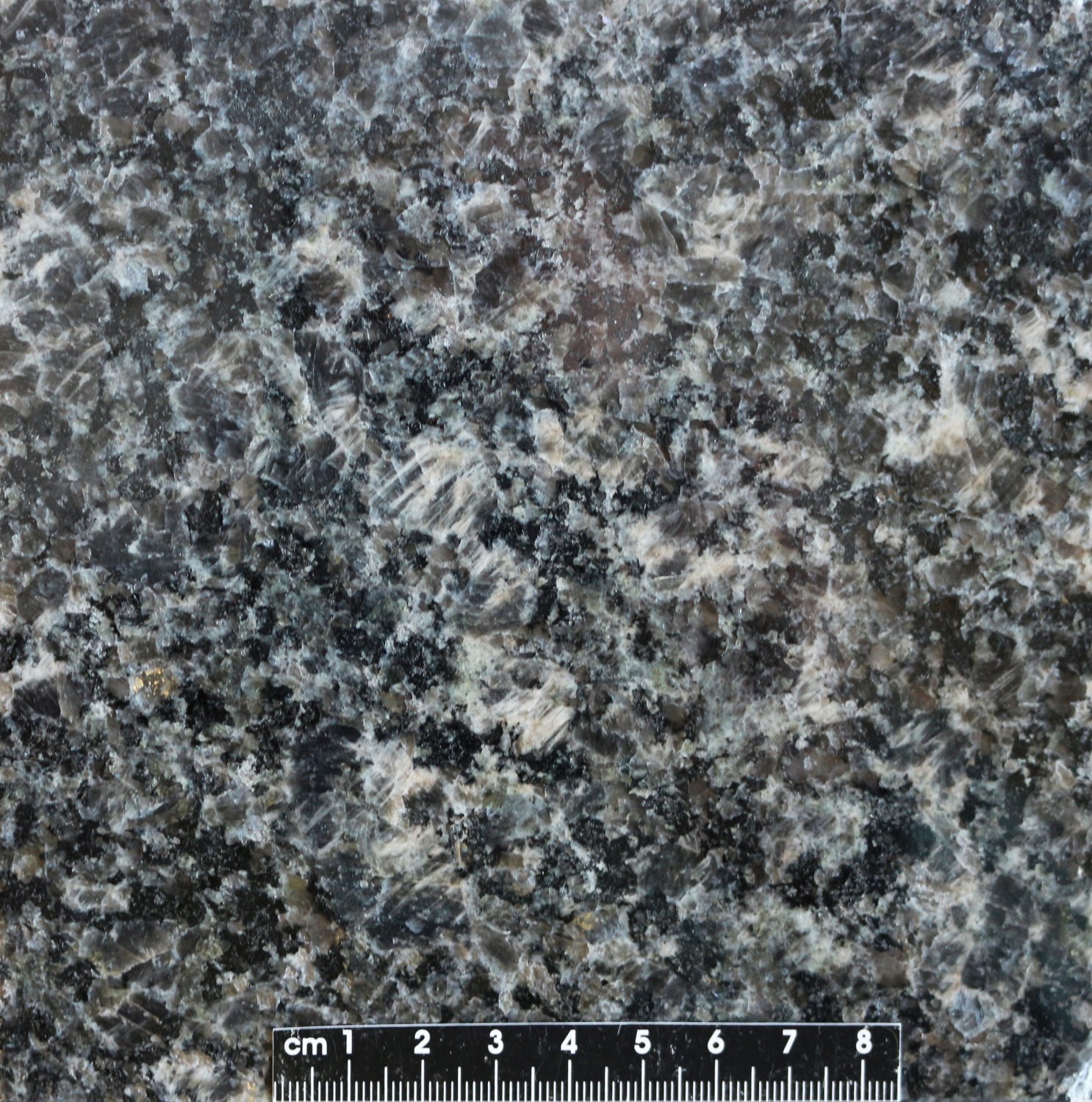 Unit mPprr2 forms an ovoid mass that is easily distinguished by its magnetic signature. It is leucocratic, pinkish grey to forest green and contains up to 10% hornblende and biotite, and orthopyroxene locally (mangerite). Rocks of this unit are generally undeformed and have a massive or slightly foliated texture. Paragneiss enclaves are observed locally on the edges of these intrusive masses. Enclaves are characterized by a cordierite-orthopyroxene-plagioclase-orthose-quartz ± garnet ± biotite metamorphic assemblage.

Monzogranite is yellowish white in altered surface, while monzonite is rather beige. Monzodiorite, on the other hand, is greyish and granite is whitish. In fresh exposure, all these rocks are green. Rocks with high quartz content are light green, while those that are low in quartz are dark green. Grain size is variable, ranging from coarse to medium. Large (>1 cm), isolated phenocrystals of rounded or prismatic feldspar, sometimes rapakivi or antirapakivi, are commonly found in a medium-grained (0.1-0.5 cm) matrix (20-40%). Under the microscope, feldspar is perthitic but some mesoperthites are also visible. Rock contains orthopyroxene (hypersthene) and clinopyroxene. In places, orthopyroxene is partially replaced by hornblende and biotite. Dioritic rocks are locally observed as enclaves or units intruded by adjacent felsic rocks. These dioritic rocks may contain up to 2% apatite.

In the Borgia Lake area (sheets 31P09 and 31P16, Moukhsil and Côté 2018), monzonitic, granitic and syenitic facies were mapped. Under the microscope, syenite is composed of K-feldspar, plagioclase, quartz, clinopyroxene, amphibole, titanite, biotite, zircon, apatite and allanite. Clinopyroxene is anhedral, highly altered and surrounded by other ferromagnesian minerals. Amphibole is subhedral and locally biotitized or chloritized. Trace allanite is surrounded by concentric fractures with metamicte texture. Apatite is disseminated and as inclusions in ferromagnesian minerals. When present on the edge of amphibole, magnetite has a titanite rim. Finally, K-feldspar is generally porphyritic and antiperthitic.

Monzonite and quartz monzonite, on the other hand, are composed of amphibole, clinopyroxene, apatite, biotite, quartz, zircon and calcite (secondary). K-feldspar is antiperthitic, porphyritic, with grain-edge mortar texture and may contain plagioclase inclusions. Quartz can also be porphyritic and myrmekitic in places. These facies may contain orthopyroxene (mangerite). If present, orthopyroxene occurs as small, altered circular crystals. 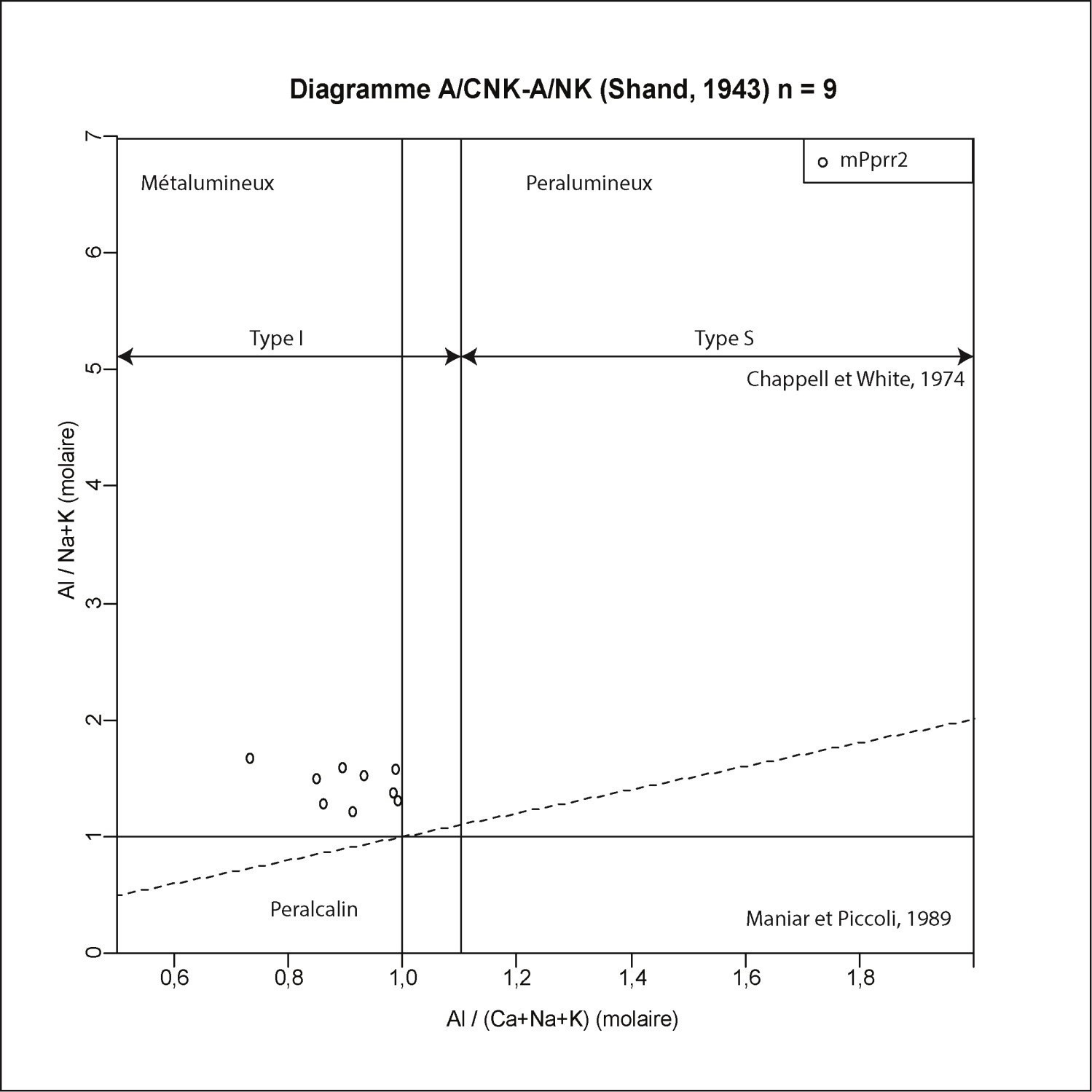 Data used for geochemical study comes from Moukhsil and Côté (2018) and prevails only for unit mPprr2. Rocks of this unit are intermediate to felsic with SiO2 contents ranging from 58.12 to 71.80% and K2O contents ranging from 2.42 to 4.61%. They are all metaluminous (Maniar and Piccoli, 1989) and type I (igneous origin, Chappell and White, 1974). Furthermore, these rocks would have developed in an anorogenic context (Whalen et al., 1984).

The Rivière-à-Pierre Suite is more than 100 km long, from the Saint-Raymond-de-Portneuf region to the Métabetchouane region. It ranges in width from 10 to 30 km.

The Rivière-à-Pierre Suite is located in the western extension of the Parc des Laurentides Complex. It is also intrusive in units of the Portneuf-Mauricie lithotectonic domain (Montauban Group, La Bostonnais Complex) and contains paragneiss enclaves. The centre of the suite is massive, with no significant deformation or metamorphism, except for a few porphyritic granitic bodies that have augen texture deformation.