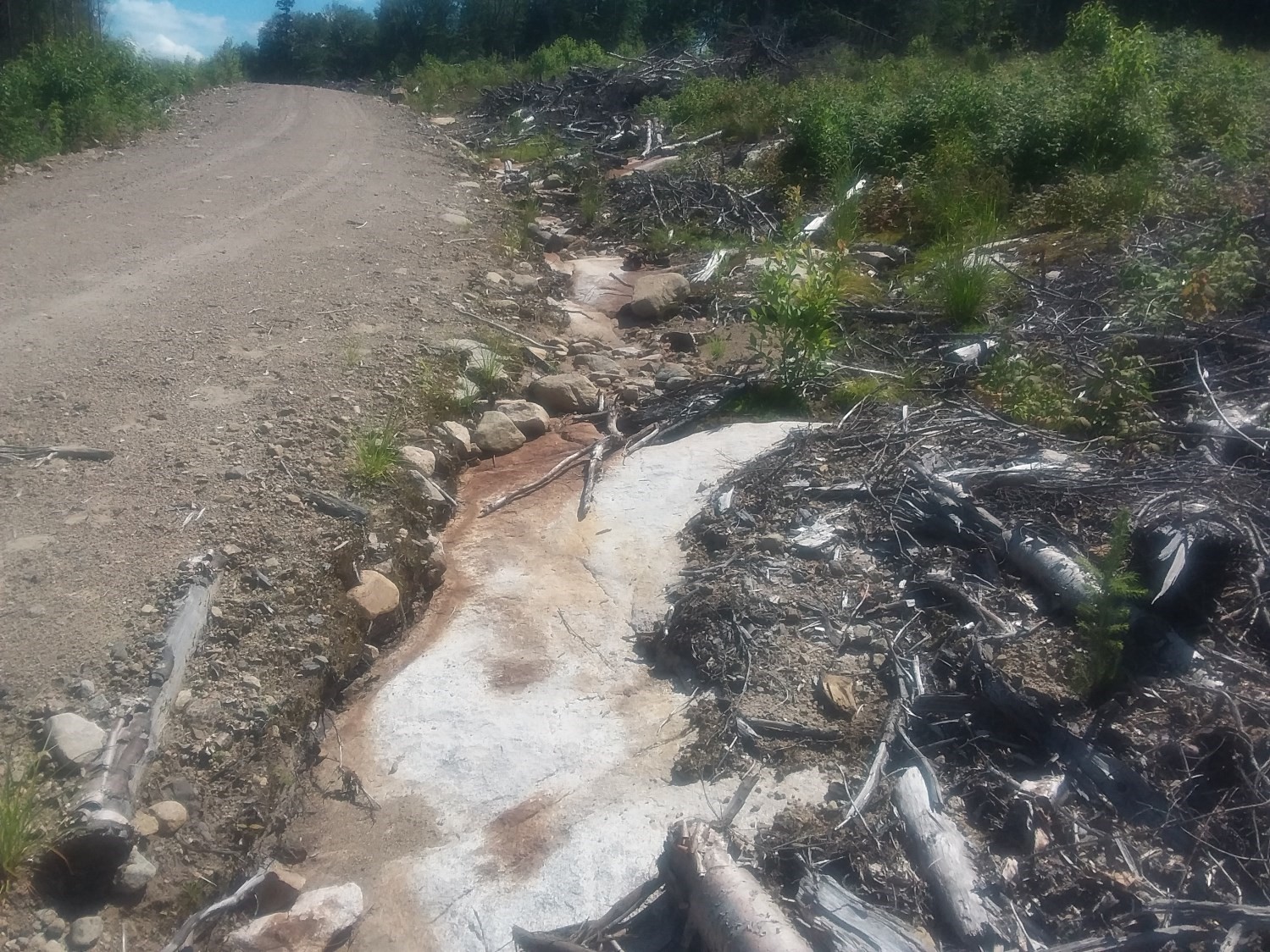 Rondot and Marleau (1977) and Rondot (1978, 1979) used the term “Parc des Laurentides Complex” when mapping the Charlevoix region. They defined it to distinguish “a series of gneissic, heterogeneous, massive, intrusive rocks that vary in composition from charnockitic sensu stricto to jotunite” (Rondot, 1989). Hébert and Nadeau (1995), from which this historical background comes, redefined this complex during study of the Talbot region (NTS sheet 31P01) and recommend the use of the term “Parc des Laurentides Complex” with the stratigraphic label ([lrd]) to refer to “all metaplutonic granitic (sensu lato), high-metamorphic rocks that preceded the Grenvilian orogenesis (ca. 1160-980, as defined in Rivers et al., 1989)”. For Hébert and Nadeau (1995), this complex consists of three units: 1) Irda: charnockitic orthogneiss; 2) Irdb: alaskitic gneiss; and 3) Irdc: granitic gneiss. Following the 1997 mapping by Nadeau et al. in sheet 31P09 (MRNF, 2010), the stratigraphic label of the complex changed from ird to cpl, and the number of units from three to four (mPcpl1, mPcpl2, mPcpl4 and mPcpl5). Hébert and Bellemare (2007), during study of the Tourilli River area (sheet 21M04) and part of the Batiscan Lake area (sheet 21M05), used the same labels. In their case, unit mPcpl1 is a granitic and monzonitic orthogneiss, while the Tourilli Pluton (monzogranite and syenogranite, sheets 21M04 and 21M05) corresponds to unit mPcpl2, which is 1344.3 ±3.4 Ma old (U-Pb on zircon, David et al., 2009). Nadeau et al. (2009), when producing a compilation map of the geology of the Portneuf – Saint-Maurice region, identified five units in the complex and the Ird label was used. During mapping work north of La Tuque (Borgia Lake), Moukhsil and Côté (2018) opted instead for nomenclature with stratigraphic labels mPcpl1 to mPcpl5, while redefining them according to historical petrographic descriptions.

The Parc des Laurentides Complex is the bedrock in the area west of sheet 31P and east of sheet 22M. 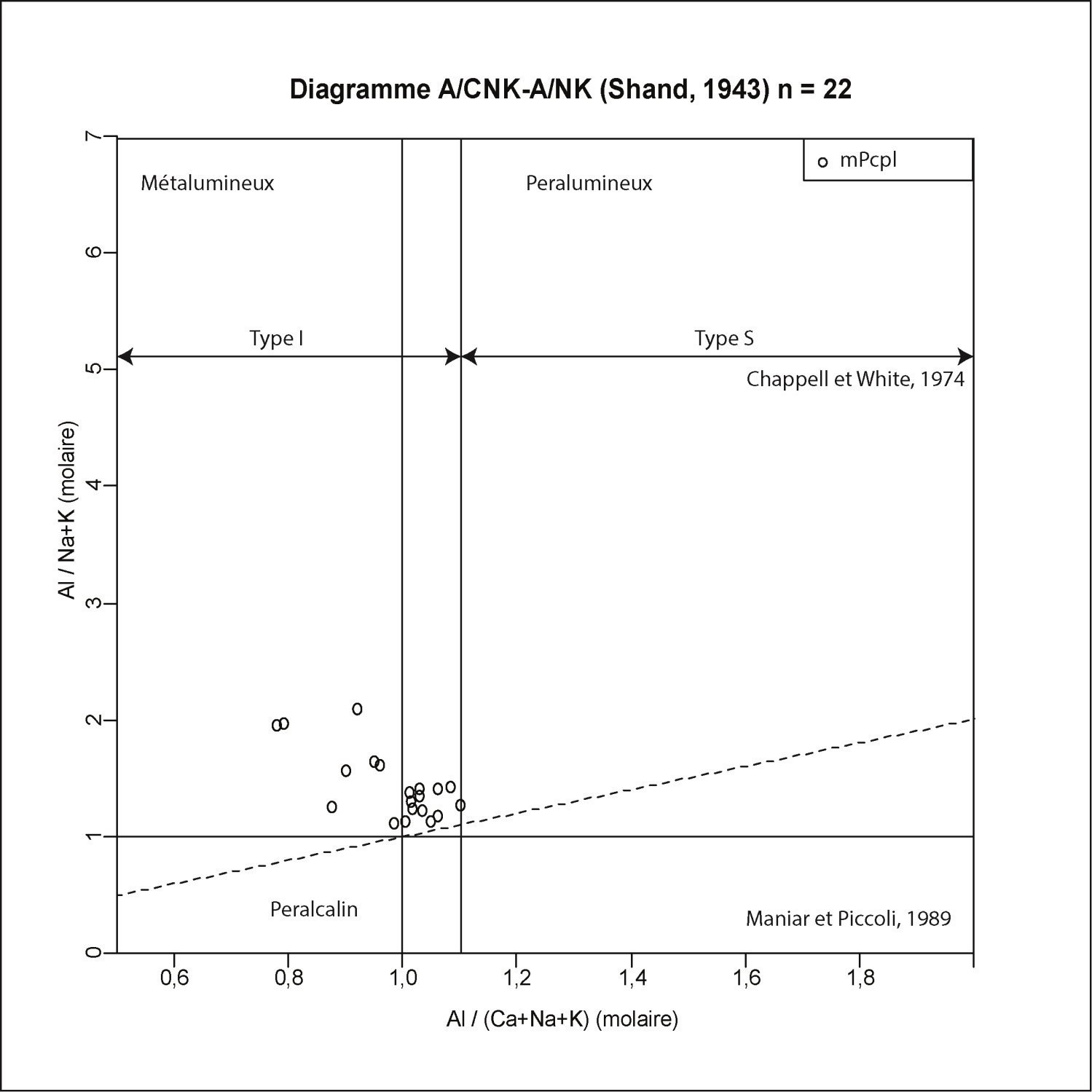 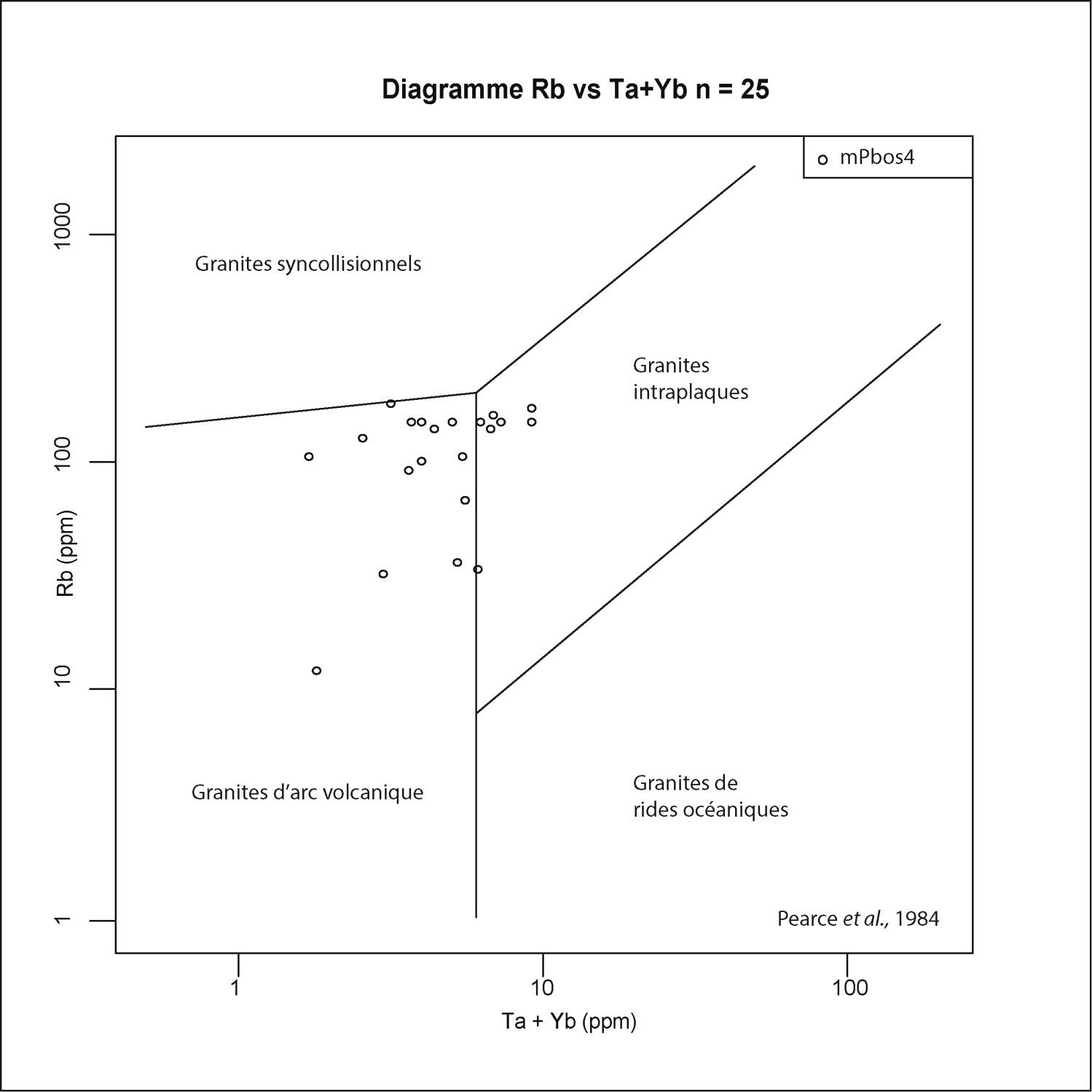 Gneissic intrusive rocks of the Parc des Laurentides Complex range from 56 to 77% SiO2. They are predominantly metaluminous to peraluminous (Maniar and Piccoli, 1989) and are similar to type I granitoids (igneous type, Chappell and White, 1974). Analyses overlap the fields of volcanic arc granites and intraplate granites (Pearce et al., 1984). 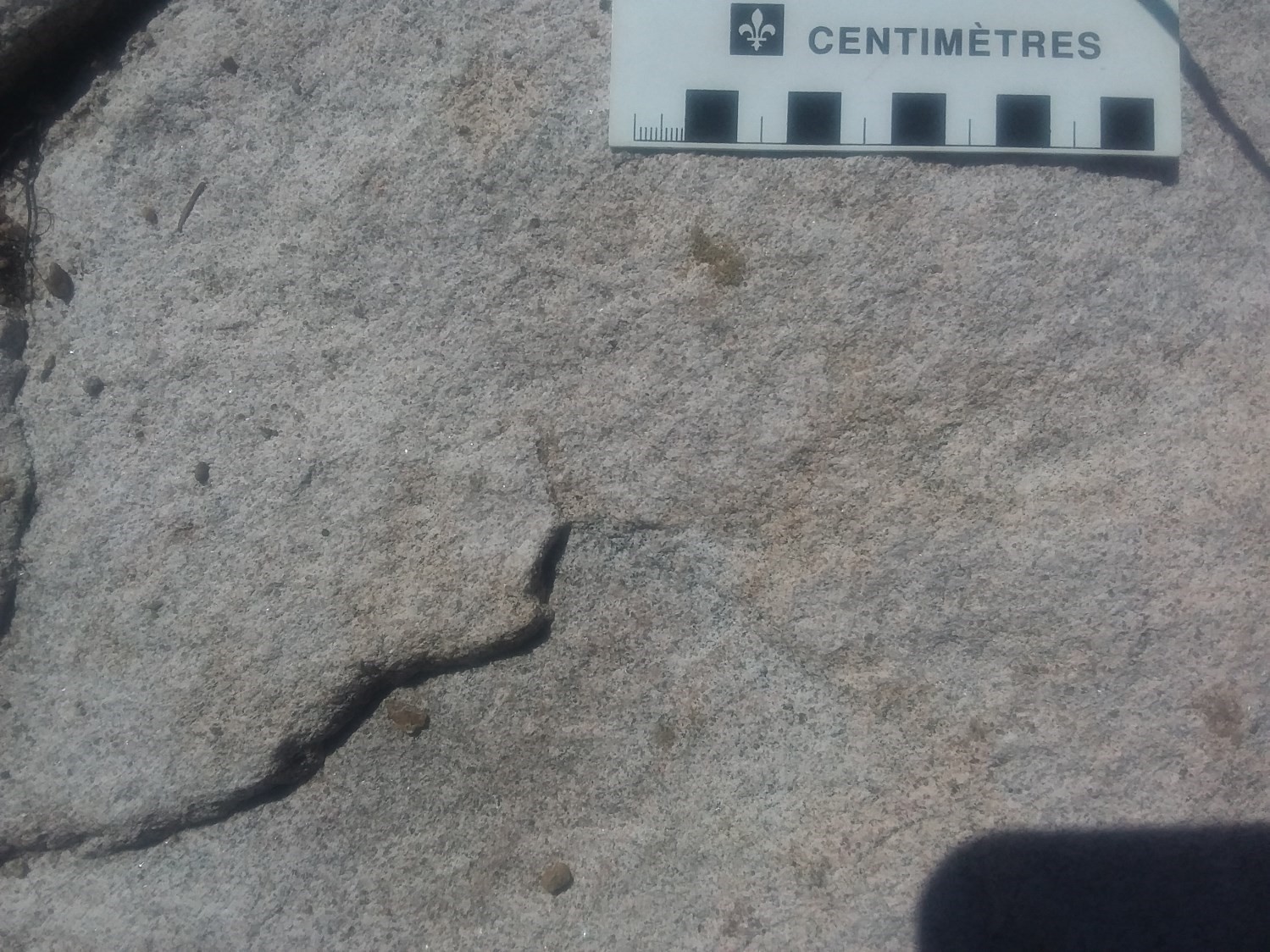 This unit is the most abundant of the complex in terms of area. Its texture varies from highly foliated (with remnants of flattened feldspar phenocrystals) to clearly gneissic. In altered surface, patina is usually pinkish. In fresh exposure, the rock is light grey to greenish. Locally, the foliated facies shows alternating pink and greyish bands in altered surface. In fresh exposure, this banding is more difficult to distinguish and the rock is mainly greenish rose to greenish grey. Some orthogneiss horizons are heterogeneous and migmatitic. In thin section, mesoperthite is ubiquitous, the texture is granoblastic, quartz forms elongated aggregates according to gneissosity and hypersthene is retrograded to hornblende and biotite. Granitic gneiss was dated to 1391 ±11 Ma (David et al., 2009).

This unit consists of leucogranite, monzogranite and syenogranite (Tourilli Pluton). Leucogranite is recognized in sheets 31P01, 31P08 and 31P09. Its patina is buff-coloured whereas its fresh surface is pinkish. It is fine grained, foliated, granoblastic and contains biotite and magnetite. The Tourilli Pluton was observed in sheets 21M04 and 21M05 (Hébert and Nadeau, 1995); monzogranite is found mainly on its edge. It is an augen porphyritic rock with rapakivi feldspar in places, pinkish to rust pink. In thin section, the texture is granoblastic, orthose is perthitic, plagioclase is uncommonly antiperthitic, while a few mesoperthites and myrmekites are observed. Orthopyroxene is almost always retrograded in hornblende and biotite. Syenogranite is porphyritic, massive to slightly foliated and orange pink. Large perthitic orthose crystals have a mortar texture and quartz is indented. Scarce biotite and trace garnet are observed.

Charnockitic orthogneiss is medium grained, with buff to brown sugar coloured patina, greenish in fresh exposure, and contains less than 10% mafic minerals consisting of clinopyroxene, orthopyroxene, biotite and hornblende. This rock is foliated and migmatitic.

Granite orthogneiss is medium grained, with augen or striped texture, with pinkish grey patina and fresh surface, partially migmatitic. It is composed of 10 to 15% biotite with some hornblende and garnet and contains centimetric amphibolite boudins, fine-grained (aplitic) granite dykes and some paragneiss screens.

Quartz monzonite is foliated, medium grained, usually porphyroid or augen, with brownish patina and fresh surface. It contains 15 to 20% biotite and hornblende. It is cut by fine-grained granite dykes.

The Parc des Laurentides Complex represent the bedrock of this region. It contains mafic dykes, marble tectonic slices and is intruded by the Rivière-à-Pierre Suite.