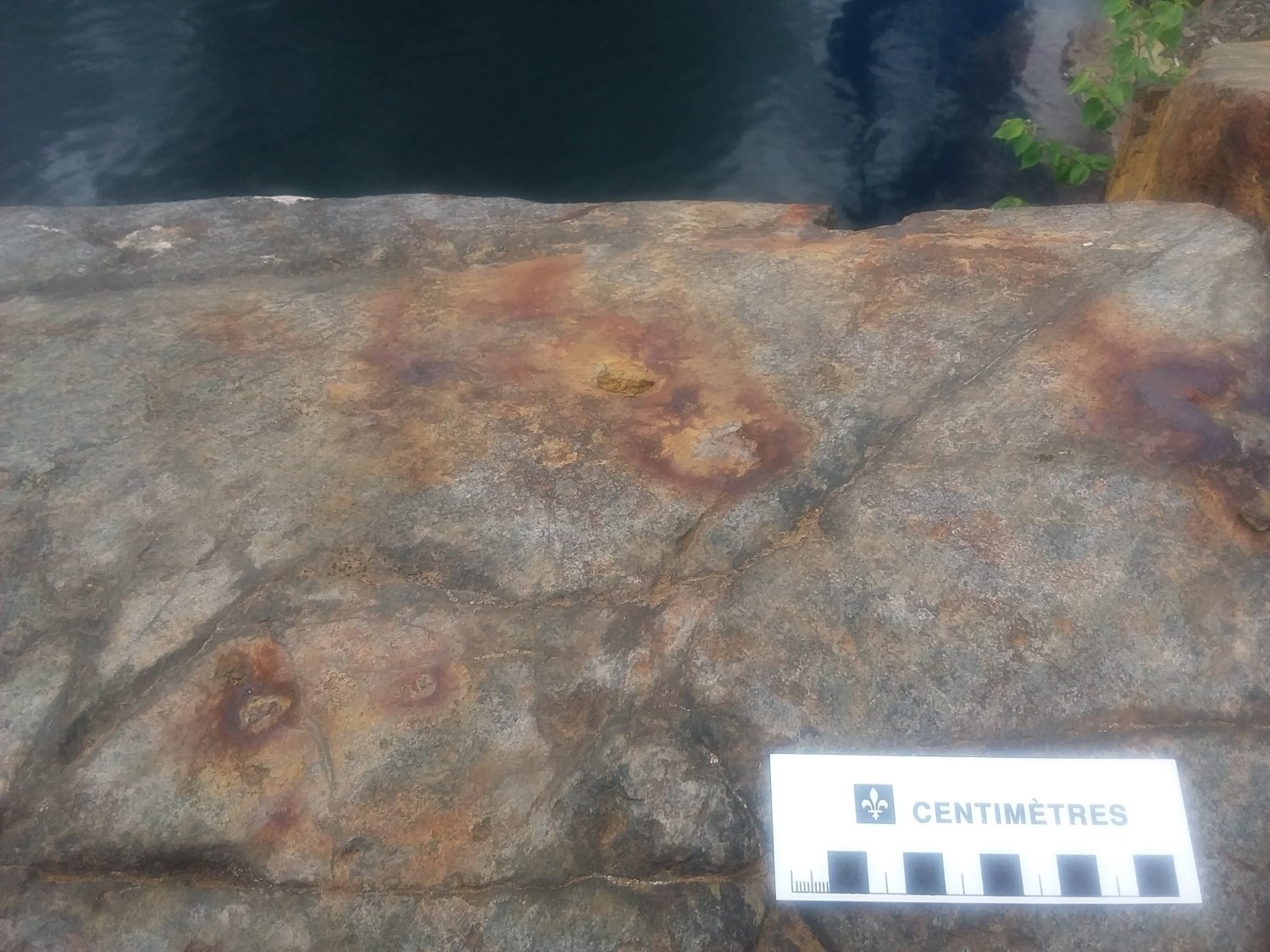 The Édouard Gabbronorite was introduced by Nadeau et al. in 1997 (MRNF, 2010) when NTS sheet 31P09 (lac Édouard) was mapped. These authors then subdivided it into two units: unit mPedo1 composed of gabbronorite, and unit mPedo2 composed of diabase. Moukhsil and Côté (2018) mapped this intrusion in more detail; they added lithologies to both units and created a third one (mPedo3). This intrusion is well known as the host of Ni-Cu mineralization of the Lac Édouard Mine (69,000 t at 1.55% Ni and 0.5% Cu; Poirier, 1988), which was briefly mined in the 1970s. 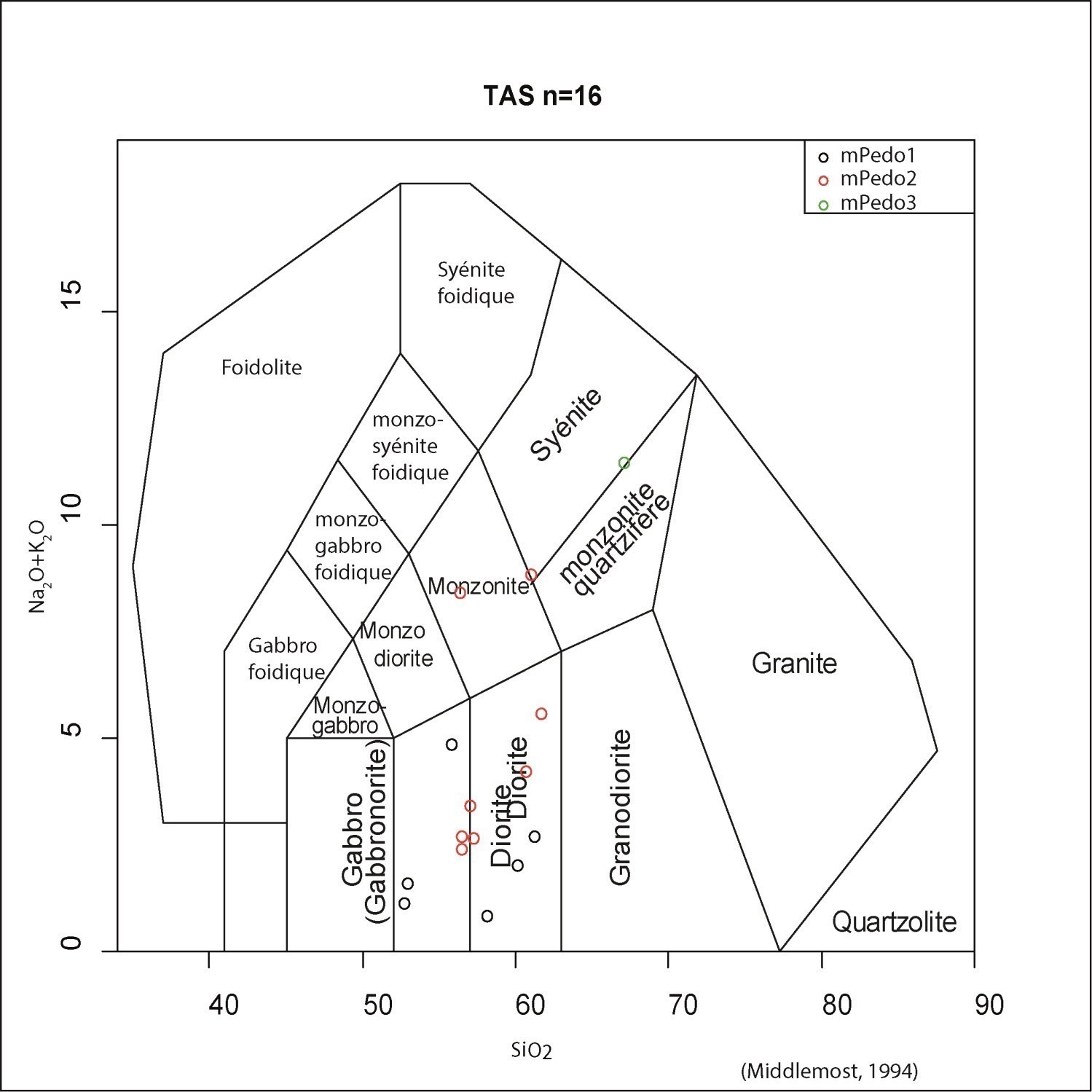 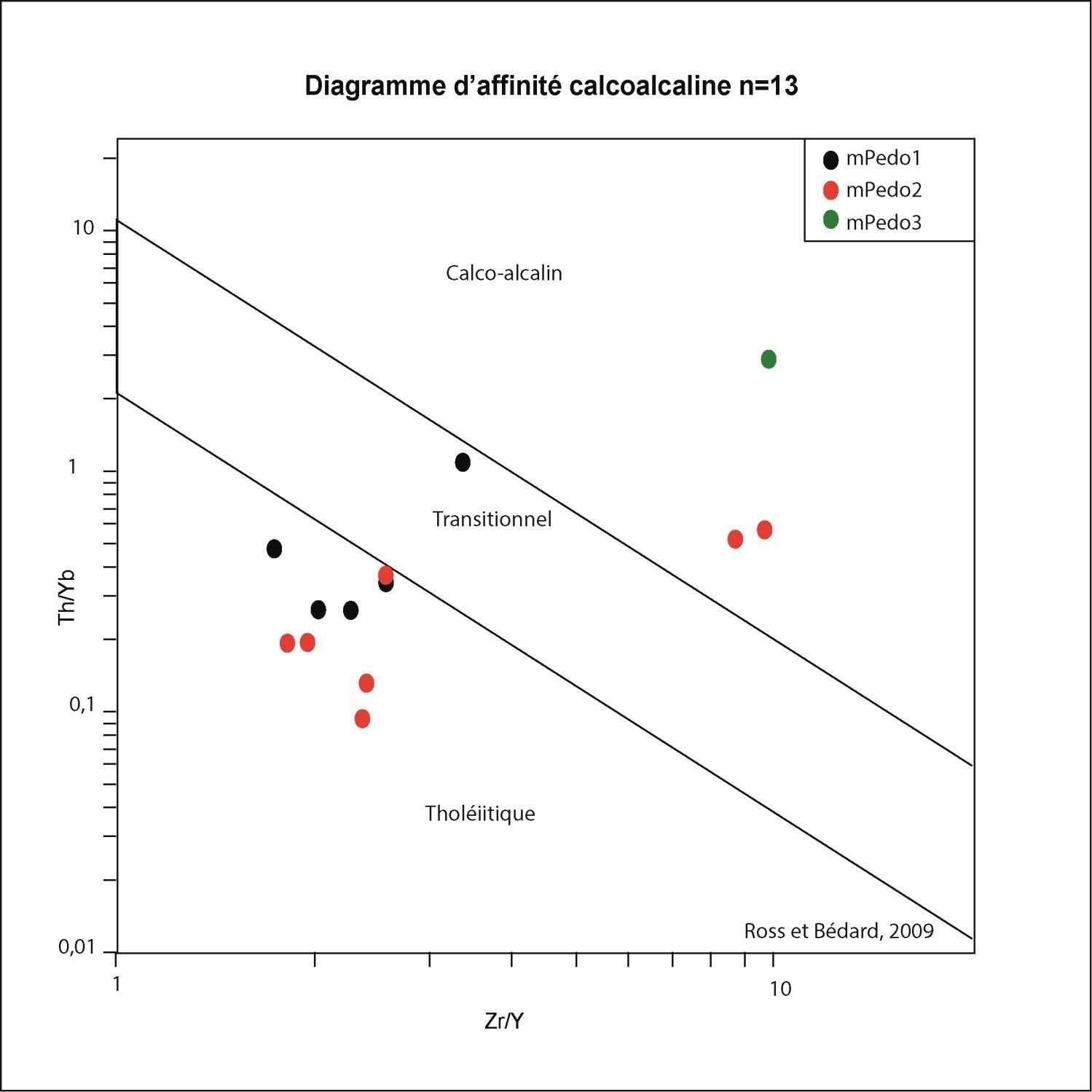 From a geochemical perspective, rocks of the Édouard Gabbronorite are ultramafic to felsic with SiO2 contents ranging from 46.13 to 63.33%. They are of gabbroic to syenitic composition and tholeiitic to calc-alkaline affinity. 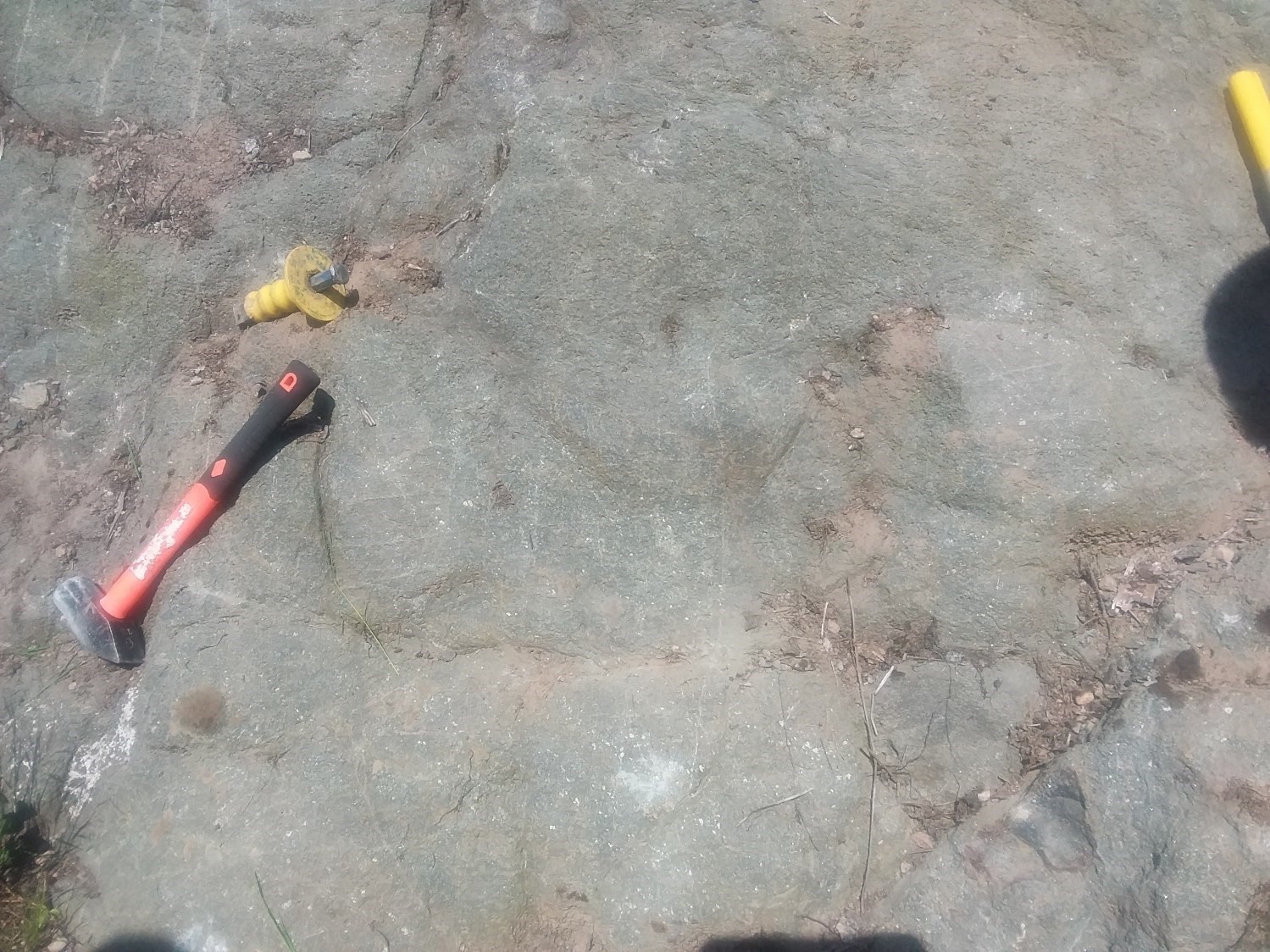 Unit mPedo1 consists of mafic to ultramafic rocks that predominantly occur as metric to kilometric klippes. The most abundant facies are pyroxenite and websterite, with or without olivine. Nadeau et al. (1997 in MRNF, 2010) only recognized irregular and submetric aphanitic diabase dykes (gabbro), while Sappin (2012) brought to light the presence of norite, websterite and harzburgite in the Lac Édouard Mine area. Moukhsil and Côté (2018) mapped several facies in this unit: pyroxenite (clinopyroxenite and orthopyroxenite), websterite and minor amounts of gabbronorite and lamprophyre.

Pyroxenite is medium grained, foliated to massive and locally contains chalcopyrite and pyrrhotite. Websterite, with or without olivine, is fine to medium grained and with clinopyroxene (pigeonite) associated with brownish to reddish biotite (natural light under the microscope). In the Lac Édouard Mine area, Sappin (2012) observed compositional bedding with alternating harzburgite, websterite and orthopyroxenite horizons. A breccia zone is part of unit mPedo1. This zone consists of pyroxenite containing gabbro enclaves. This pyroxenite is medium grained, foliated and contains clinopyroxene, plagioclase, biotite and pyrite. The latter is finely disseminated in the matrix. Lamprophyre is fine grained and consists of amphibole, biotite, clinopyroxene, calcite and pyrrhotite. The latter occurs as 1 mm clusters and accounts for approximately 3% of the rock. 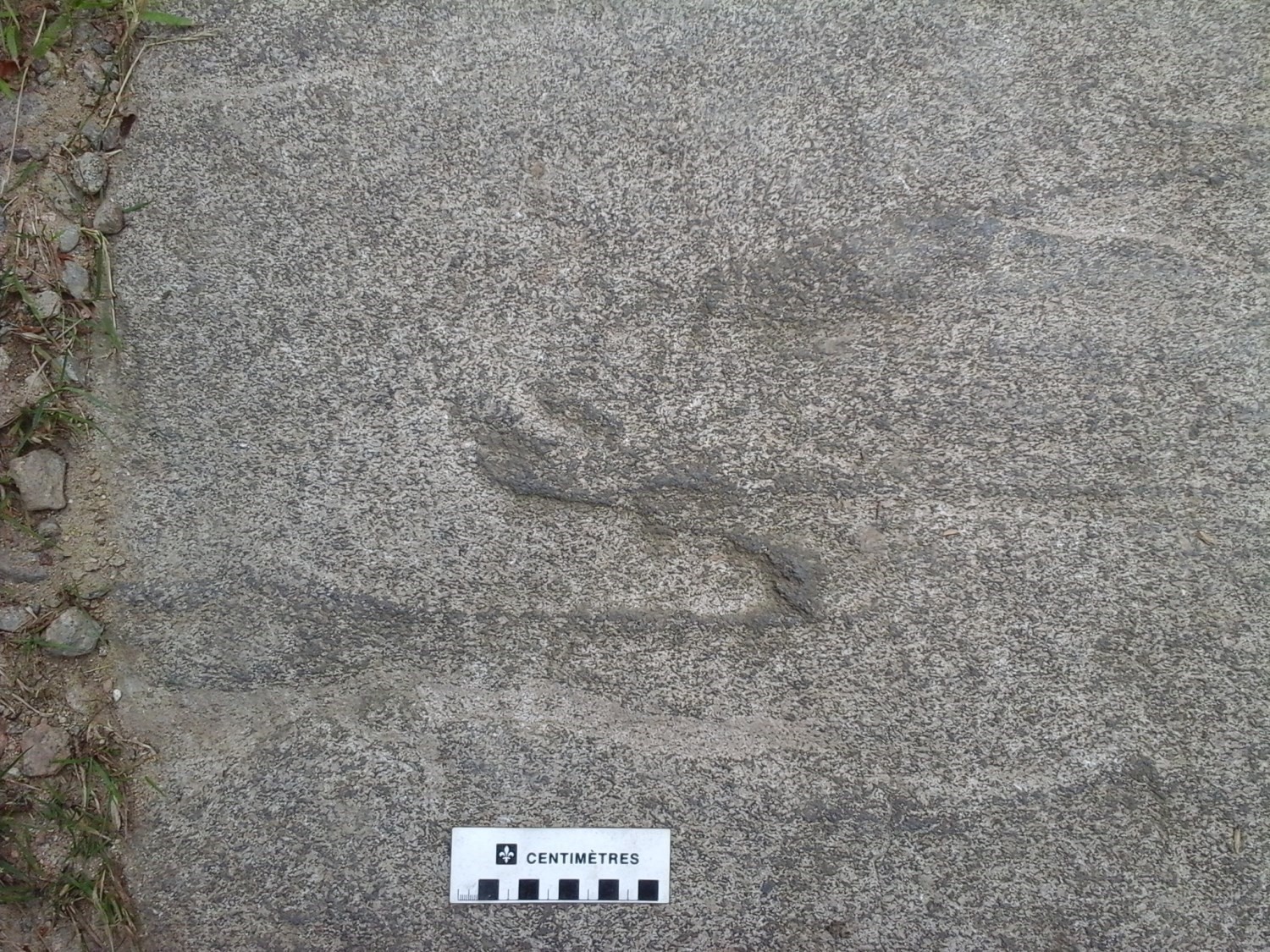 Unit mPedo2 consists of generally massive gabbronorite that locally has foliation and weak magmatic banding. It is medium grained with poikilitic hornblende phenocrystals in places. Hypersthene, more or less uralitized, augite and hornblende make up 35 to 55% of the rock. There are also traces of garnet. Biotite, ilmenite and magnetite are acessory minerals. Plagioclase has subparallel polysynthetic twinning, indicating magmatic texture (ophitic to subophitic). Minor amounts of leuconorite, mangerite, gabbro and diorite are also associated with it. Diorite is fine grained and contains clinopyroxene and amphibole. Locally, small horizons of mPedo1 amphibole pyroxenite are observed in gabbronorite. 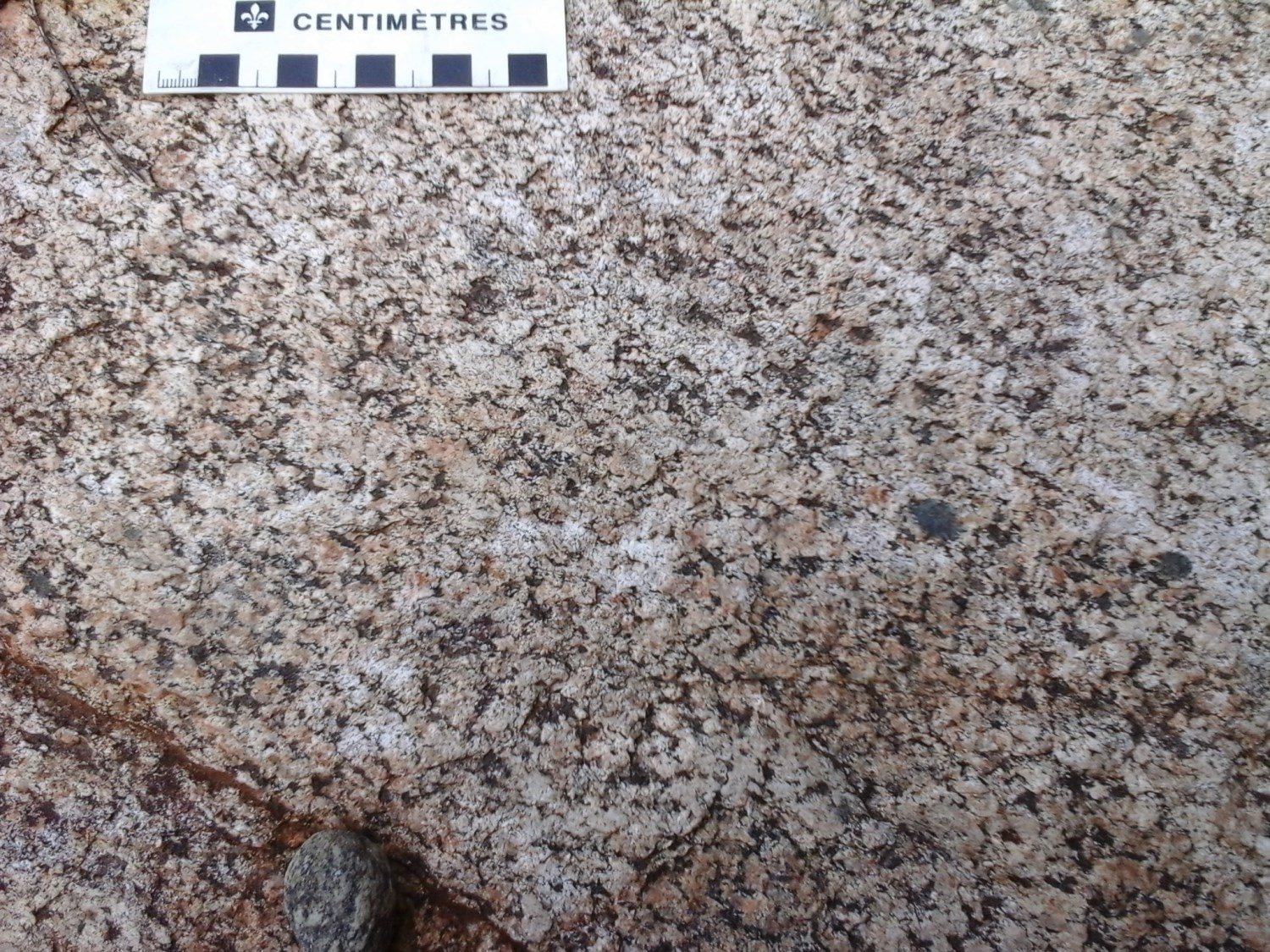 The Édouard Gabbronorite outcrops only in the south of NTS sheet 31P16 as two elliptical plutons marked by high magnetic susceptibility, the dimensions of which are 10 km by 6 km and 7.8 km by 5 km. Long axes are oriented NW-SE, conformable with regional structural grain.