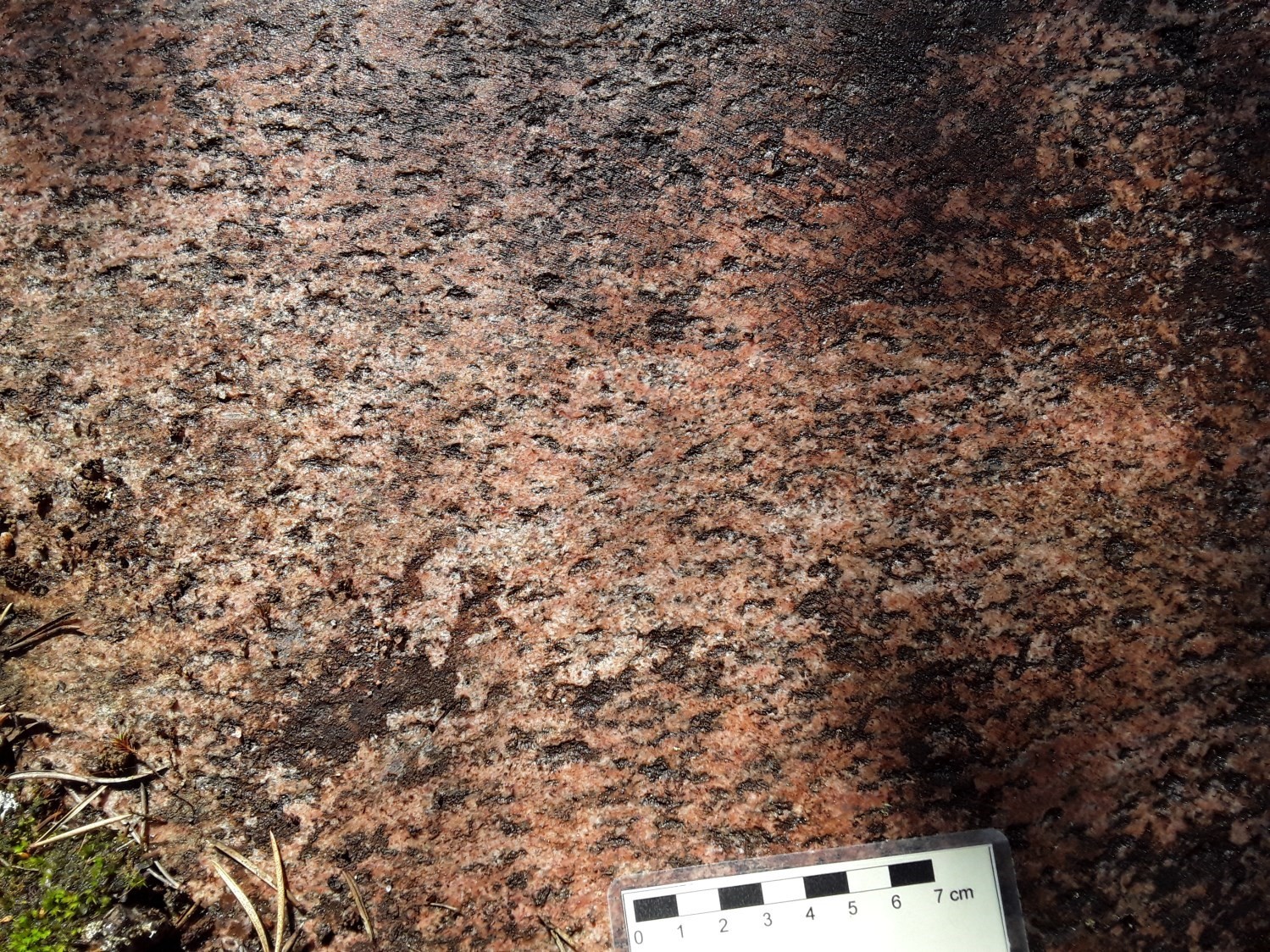 The Coin Batholith was defined during mapping by Moukhsil and El Bourki (2021) conducted ~60 km NNW of Lake Saint-Jean. This unit consists of several phases divided into two intrusions well circumscribed from the aeromagnetic survey (Intissar and Benahmed, 2015). 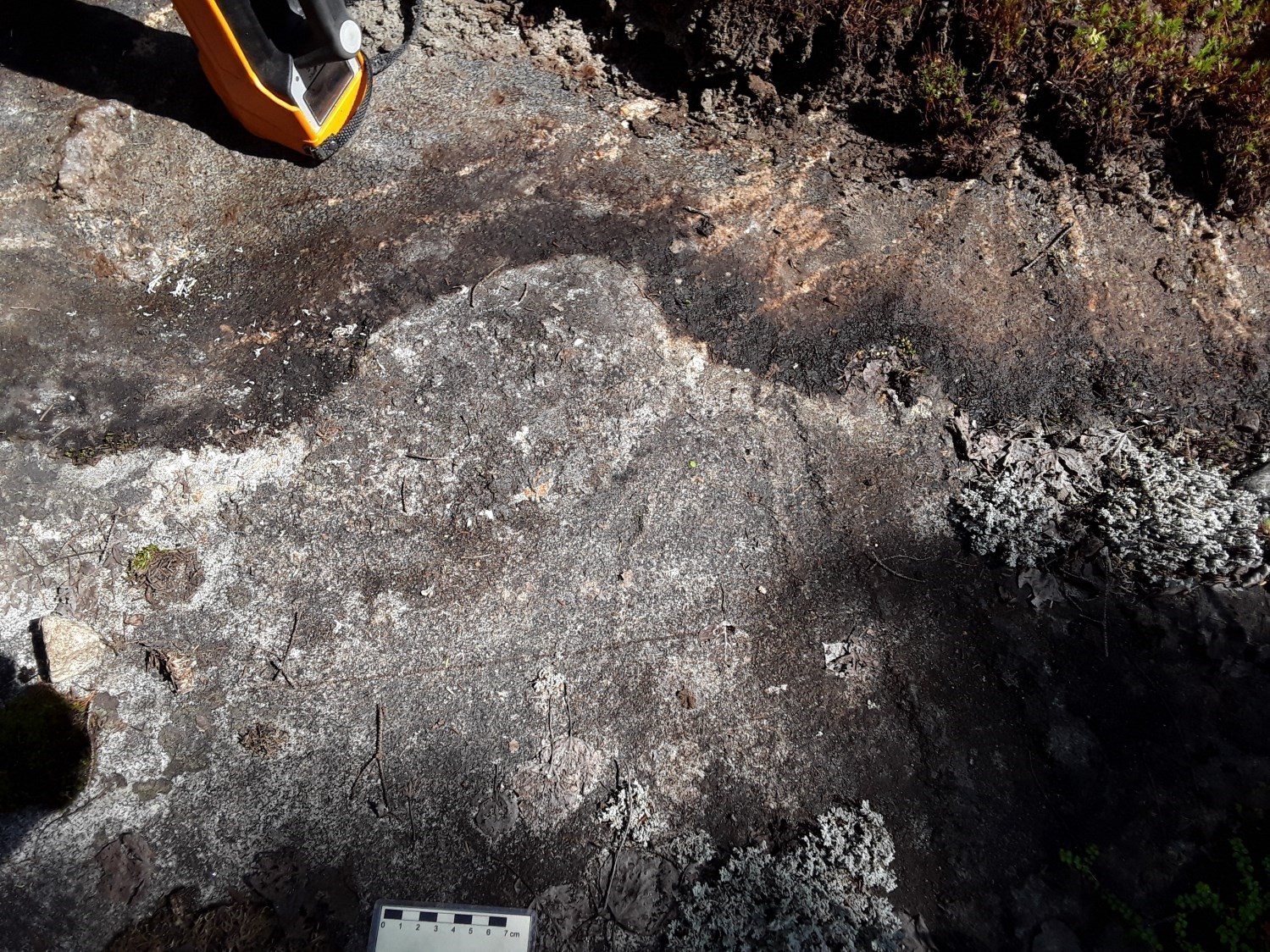 Quartz monzonite and hypersthene quartz monzonite (mangerite) is generally greyish in both altered surface and fresh exposure. It is characterized by a medium to coarse grain size and is slightly or not deformed. It is composed of large zones of quartz, K-feldspar, plagioclase, biotite, clinopyroxene, orthopyroxene, hornblende and magnetite. Clinopyroxene and orthopyroxene contents vary in outcrop (1-8%). When observed, orthopyroxene and hornblende are without exception associated and surrounded by magnetite. The quartz content is variable, and locally represents a little more than 20% of the rock, especially in outcrops where the rock is cut by whitish granite and pinkish granitic pegmatite veins and veinlets. 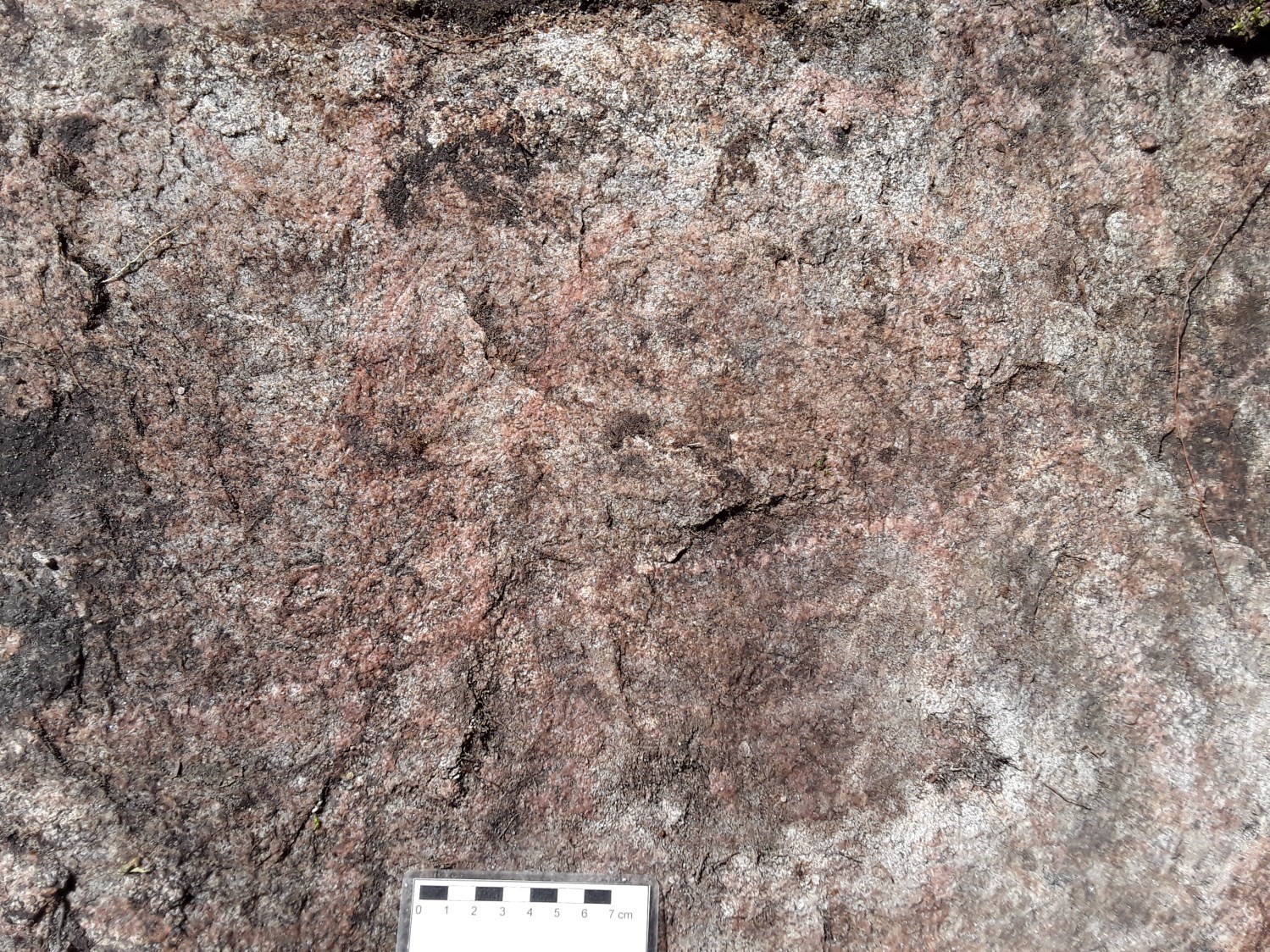 Syenogranite is pinkish to whitish in altered patina and pinkish in fresh exposure. It is fine to medium grained and contains K-feldspar, plagioclase, biotite and magnetite. A slight foliation marks this rock, but it can be massive locally. 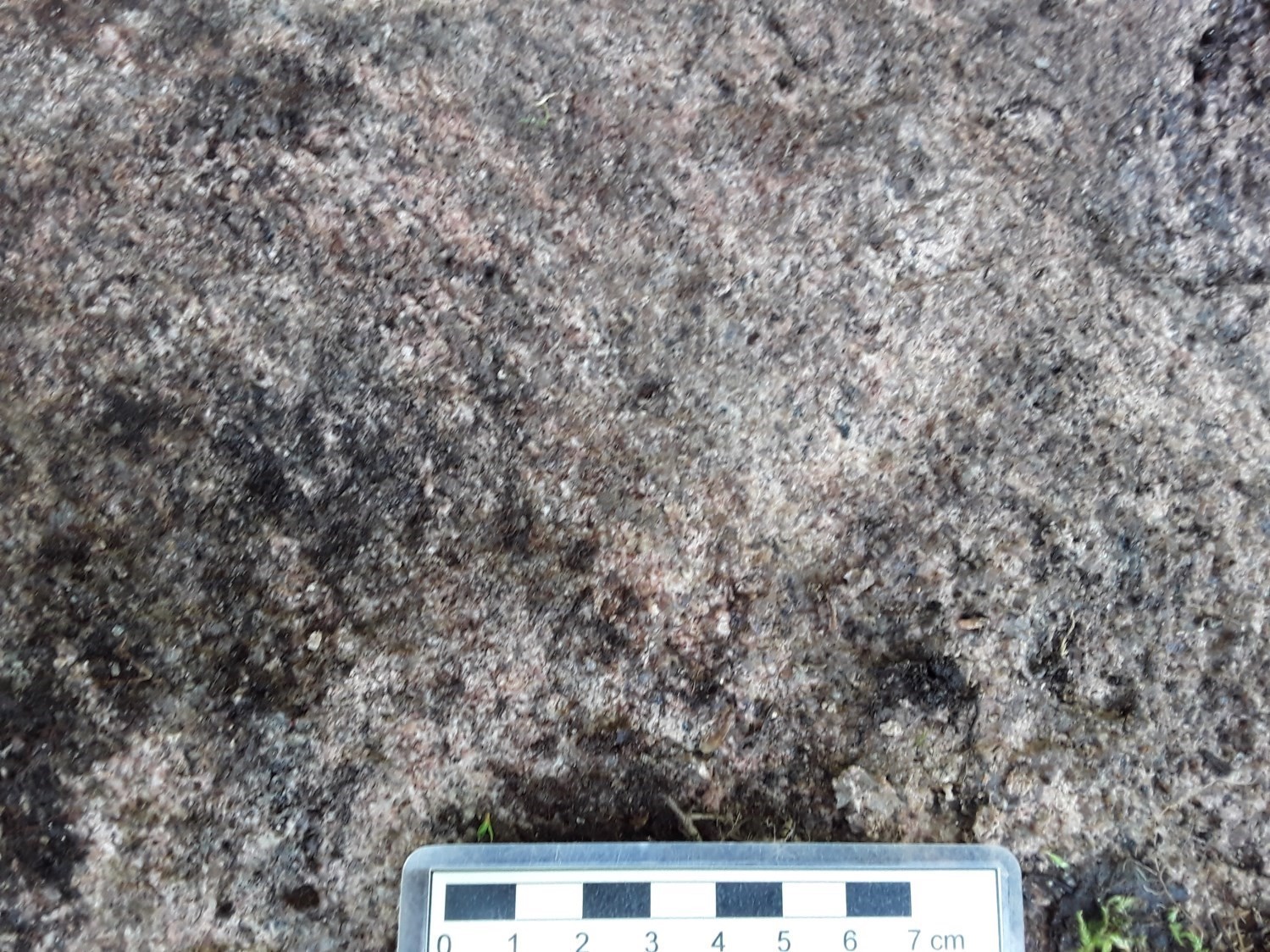 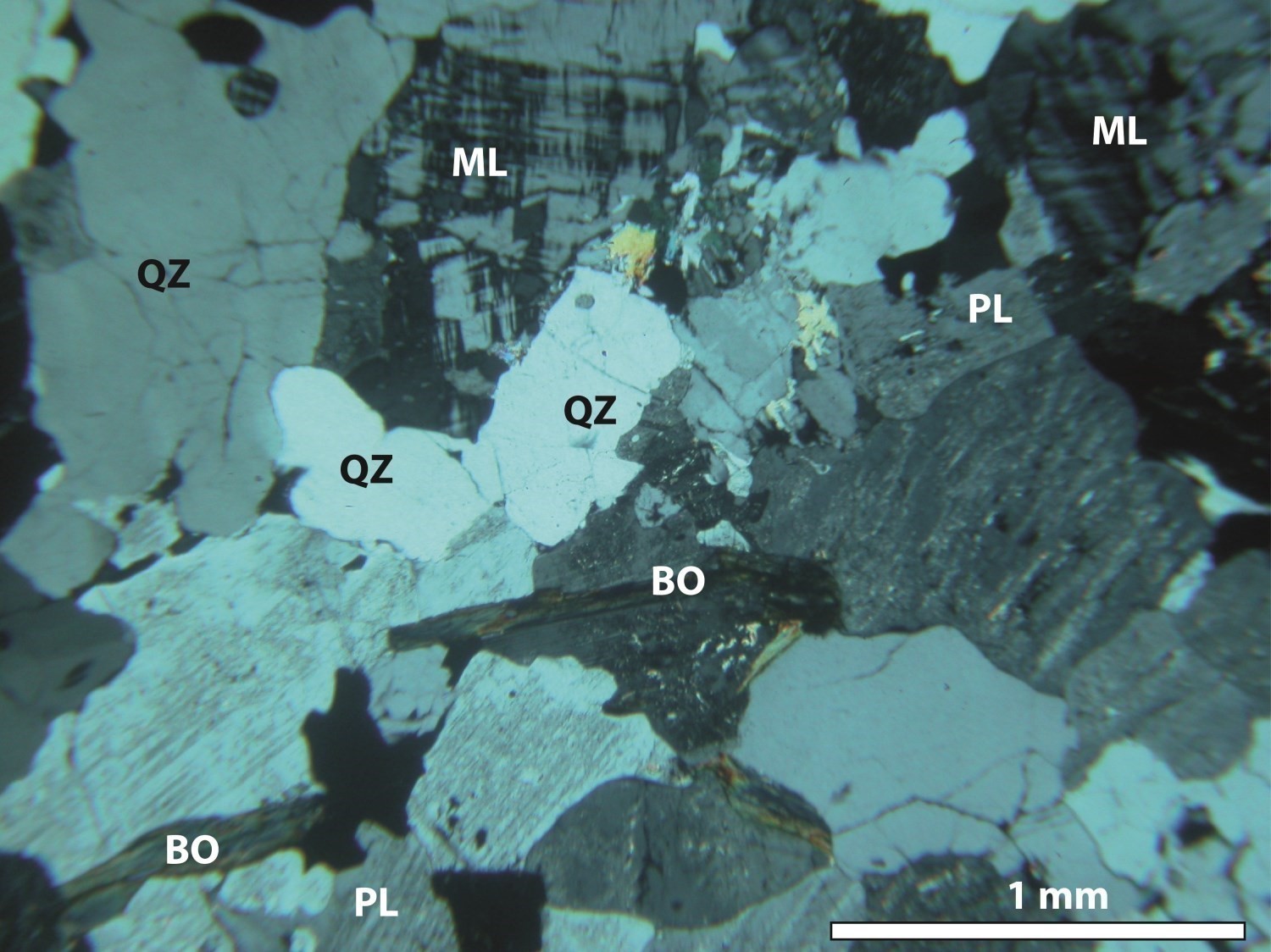 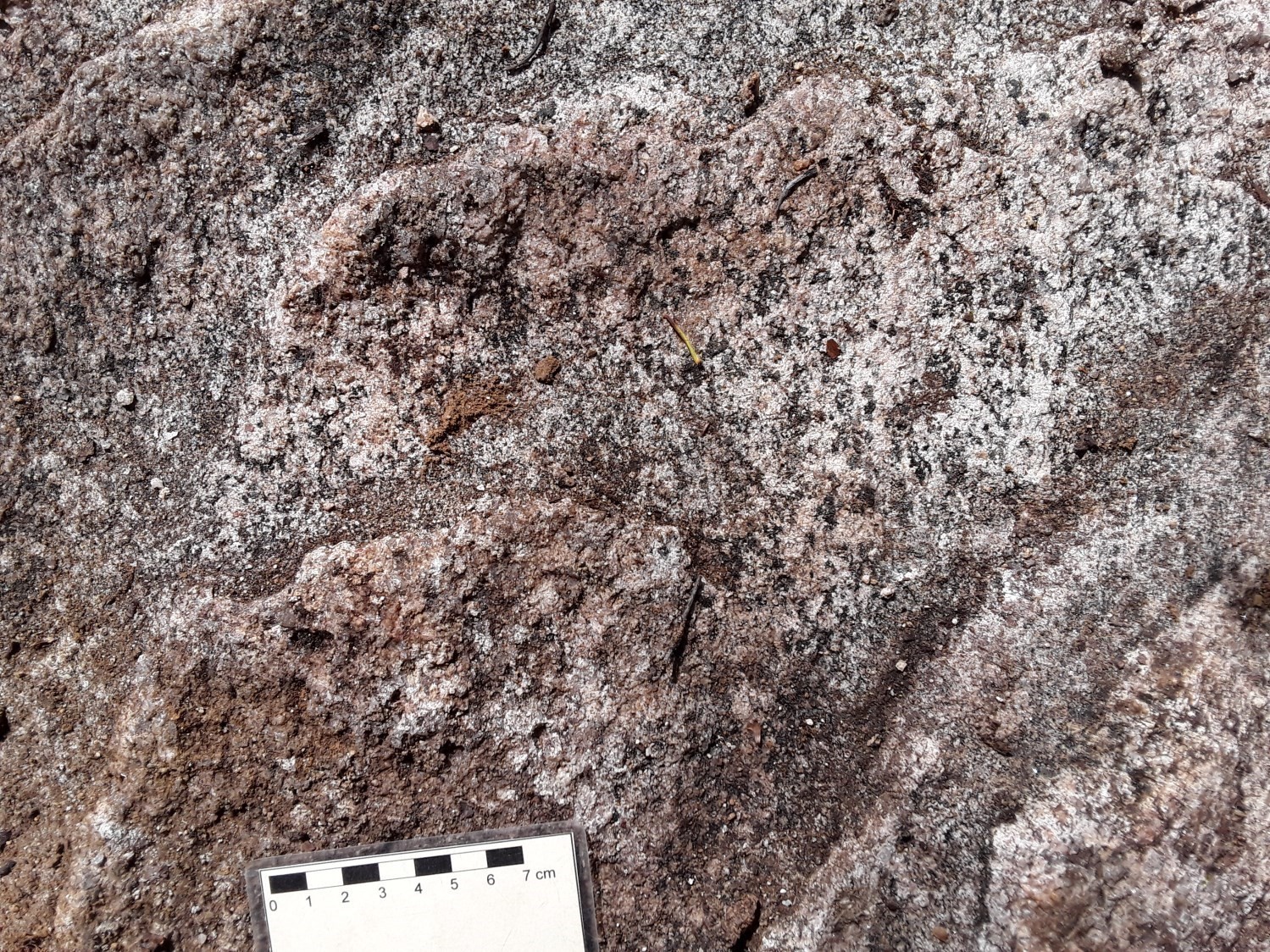 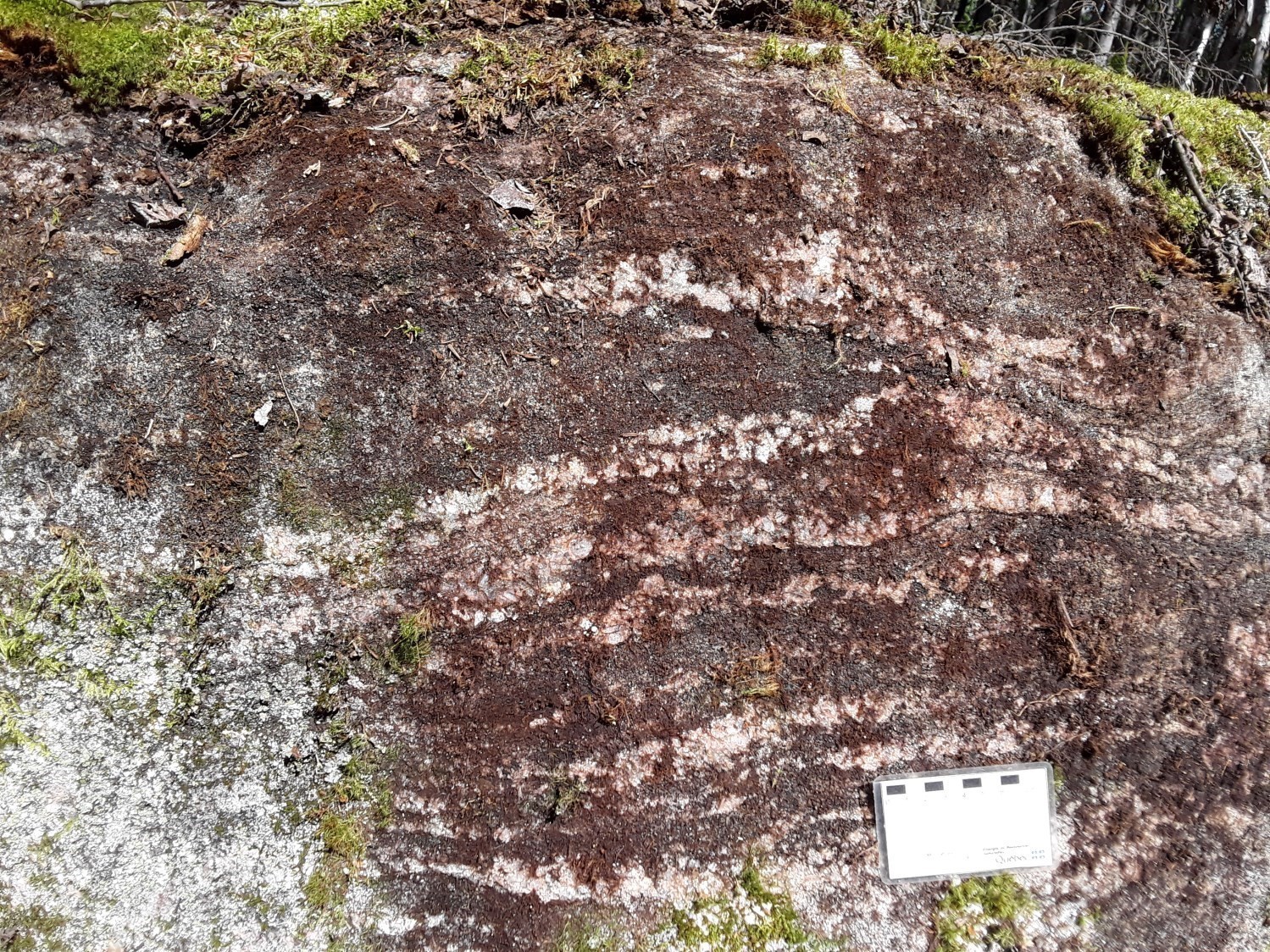 Quartz monzodiorite is fine to medium grained. The rock is composed of quartz, plagioclase, biotite, clinopyroxene, magnetite, traces of K-feldspar and, locally, some pyrite grains. The rock is less deformed and is cut by millimetric dykes of pinkish pegmatite of granitic to syenitic composition.

The Coin Batholith intrudes into paragneiss of the Barrois Complex. In turn, all phases of the batholith are cut by granite and granitic pegmatite dykes.