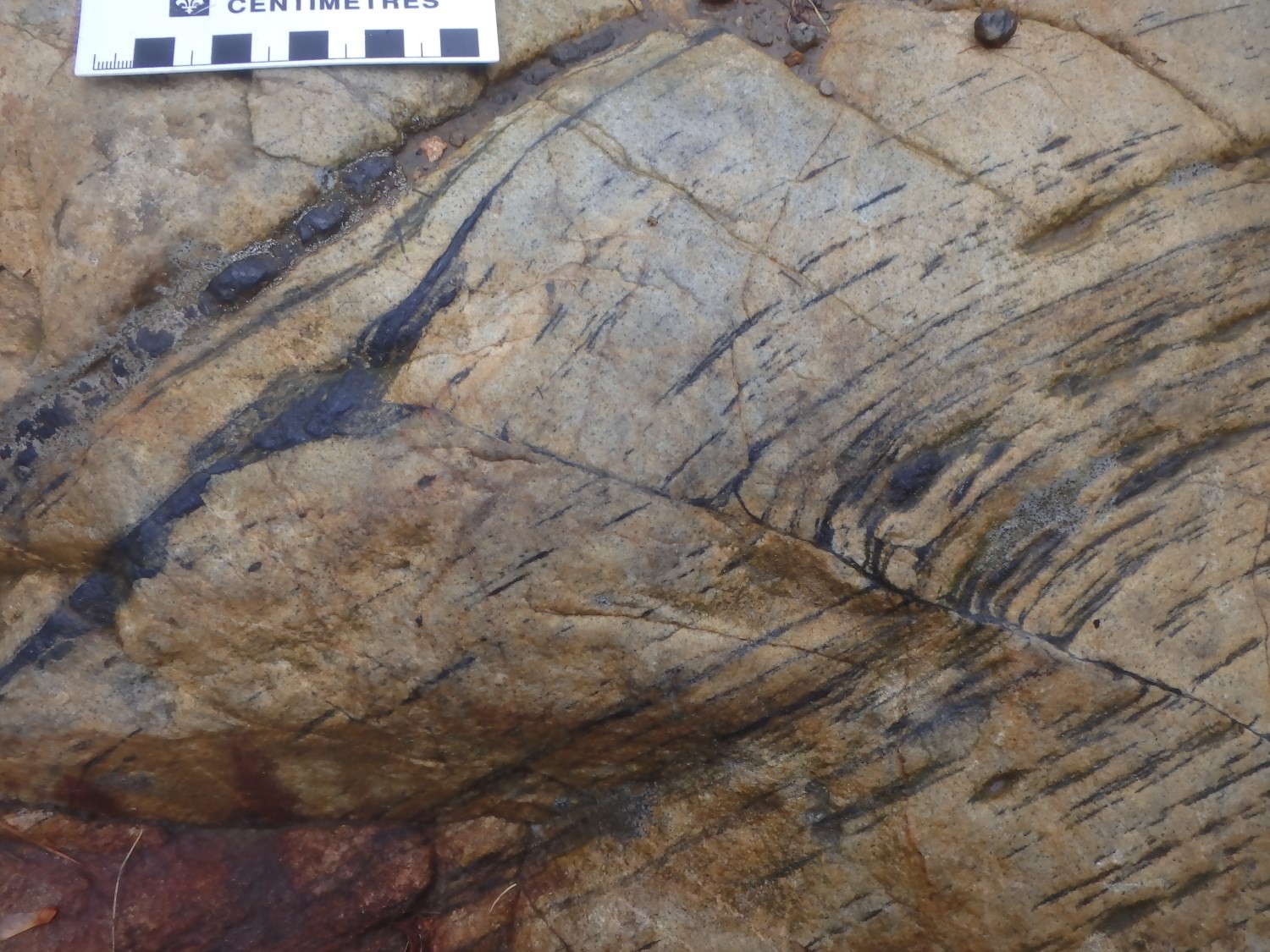 The Langelier Anorthosite was defined by Rondot (1978) during mapping of NTS sheet 31P10, and later observed by Perreault (1992) and Nadeau et al. (1997) during mapping of sheets 31P16 and 31P09, respectively. This anorthosite is a batholith that outcrops in the centre of the area mapped by Moukhsil and Côté in 2017 (Moukhsil and Côté, 2018). It consists of a single unit (mPlag) composed mainly of highly recrystallized plagioclase anorthosite.

This unit is easily delimited on aeromagnetic maps because of its low magnetism. It is surrounded by a shear zone and some thrust faults in the north. More specifically, the Langelier Anorthosite is an orthopyroxene mafic intrusion. 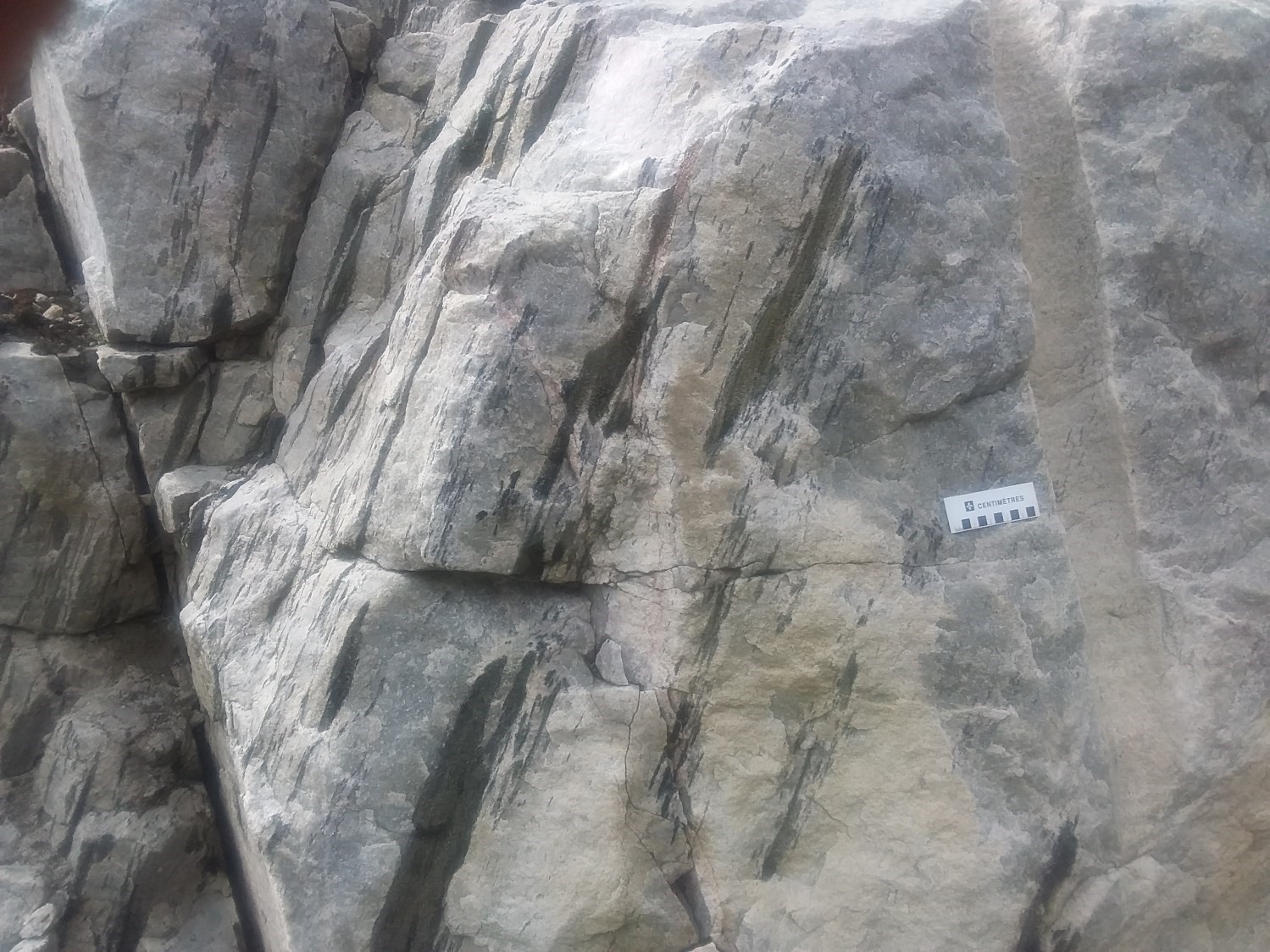 This unit consists of a massif of white, granular and homogeneous anorthosite. It contains recrystallized calcic plagioclase, locally iridescent and in crystals that rarely reach more than a few millimetres in diameter. The rock contains 1 to 5% ferromagnesian minerals, often assembled into short lenses. The rock is massive but primary magmatic bedding is preserved locally. This is due only to grain size difference and separation planes in plagioclase (andesine, scarce labradorite) masses. Hypersthene, usually uralitized, forms less than 5% of the rock as pencils in the deformed parts. There is also trace biotite. One of the spectacular outcrops (17-AM-174) shows deformed anorthosite with cigar-shaped lineations. A small portion of this unit is gabbronoritic on the edge of the intrusion. The latter is cut by pinkish granitic pegmatitic dykes, 10 cm to 1 m thick, containing biotite. 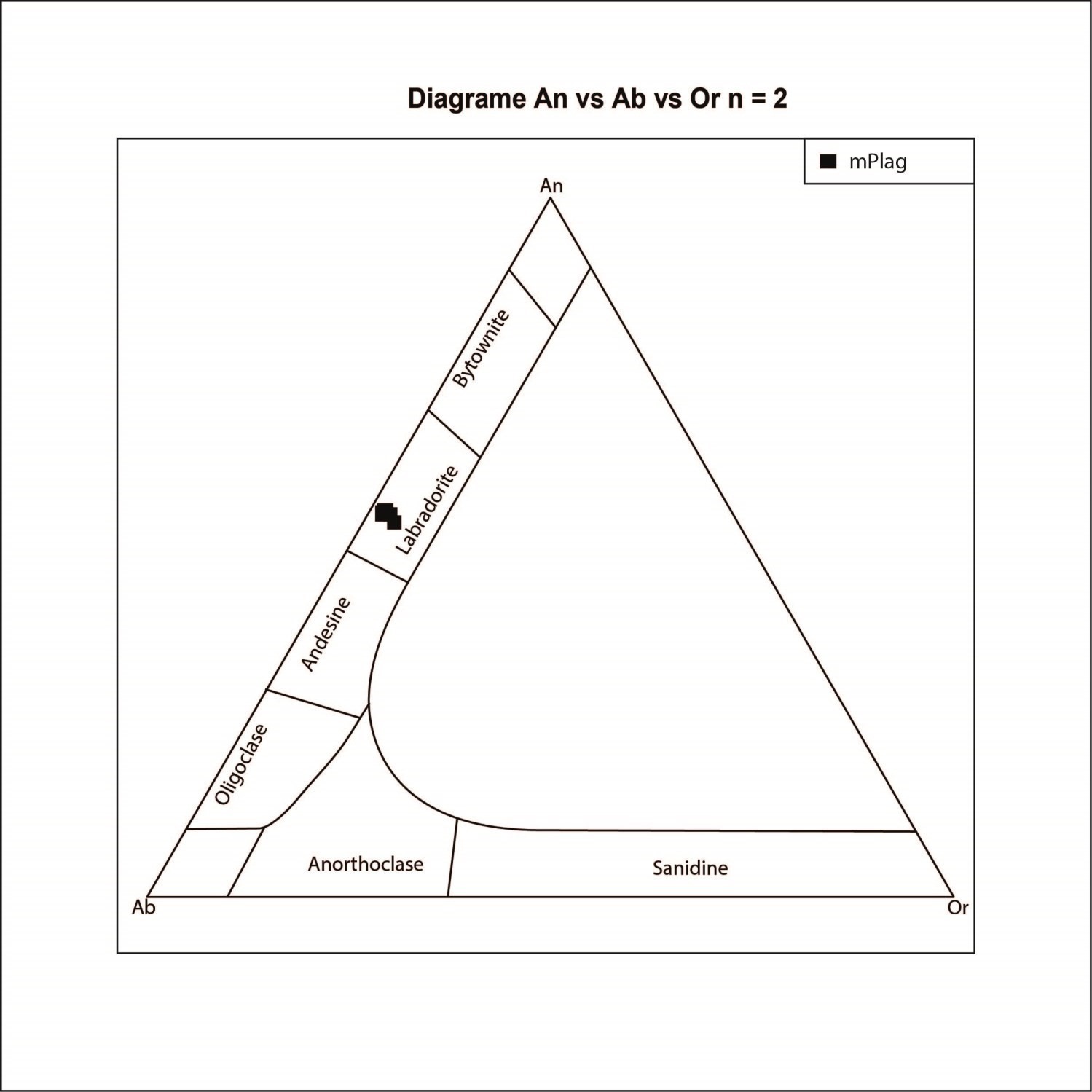 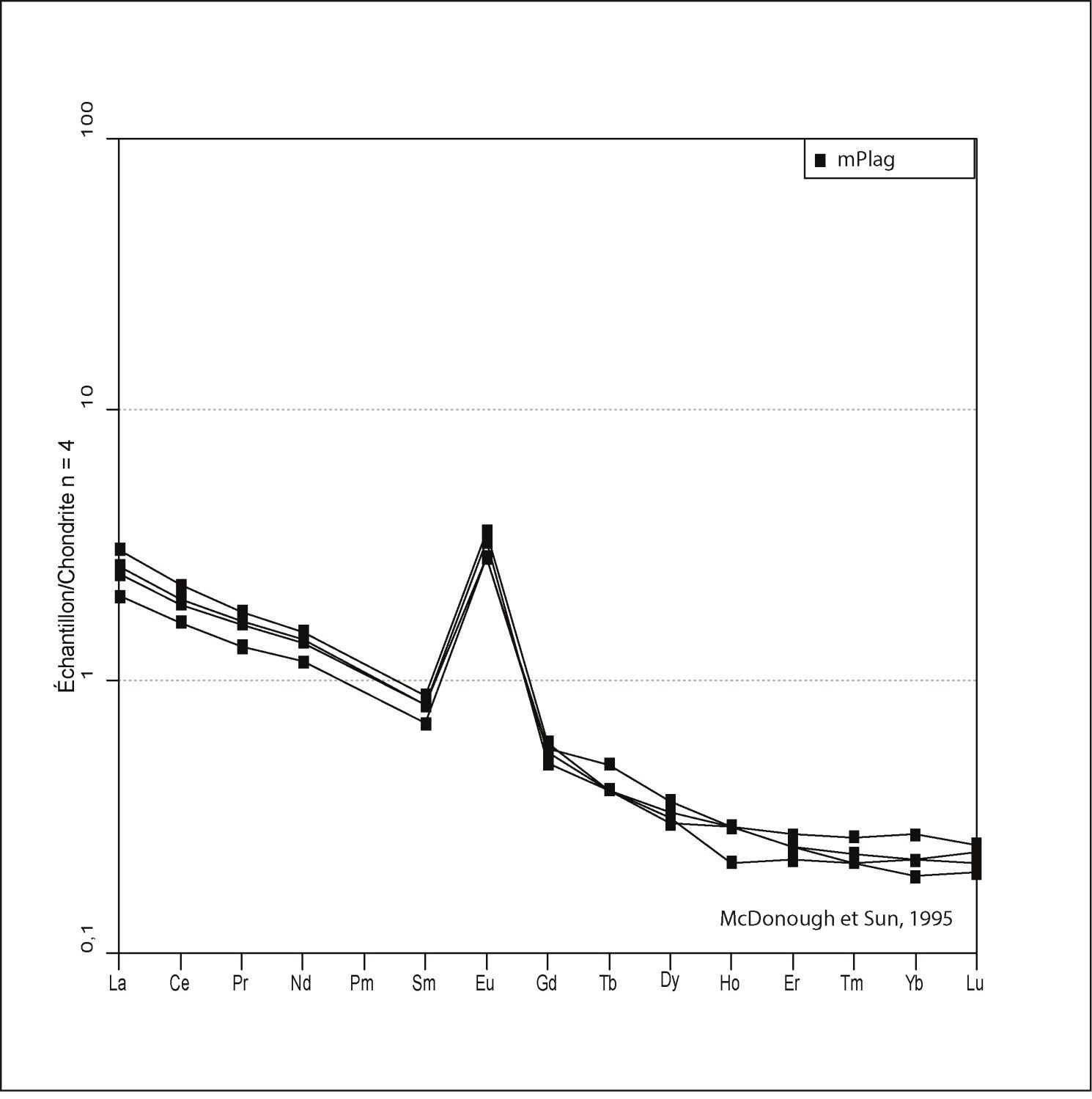 From a geochemical point of view, facies of this unit have SiO2 contents ranging from 54.5% to 54.67% and whose rare earth (REE) diagram is more or less flat with a light rare earths enrichment compared to heavy rare earths (see figure). In addition, plagioclase is of labradorite type (see figure).