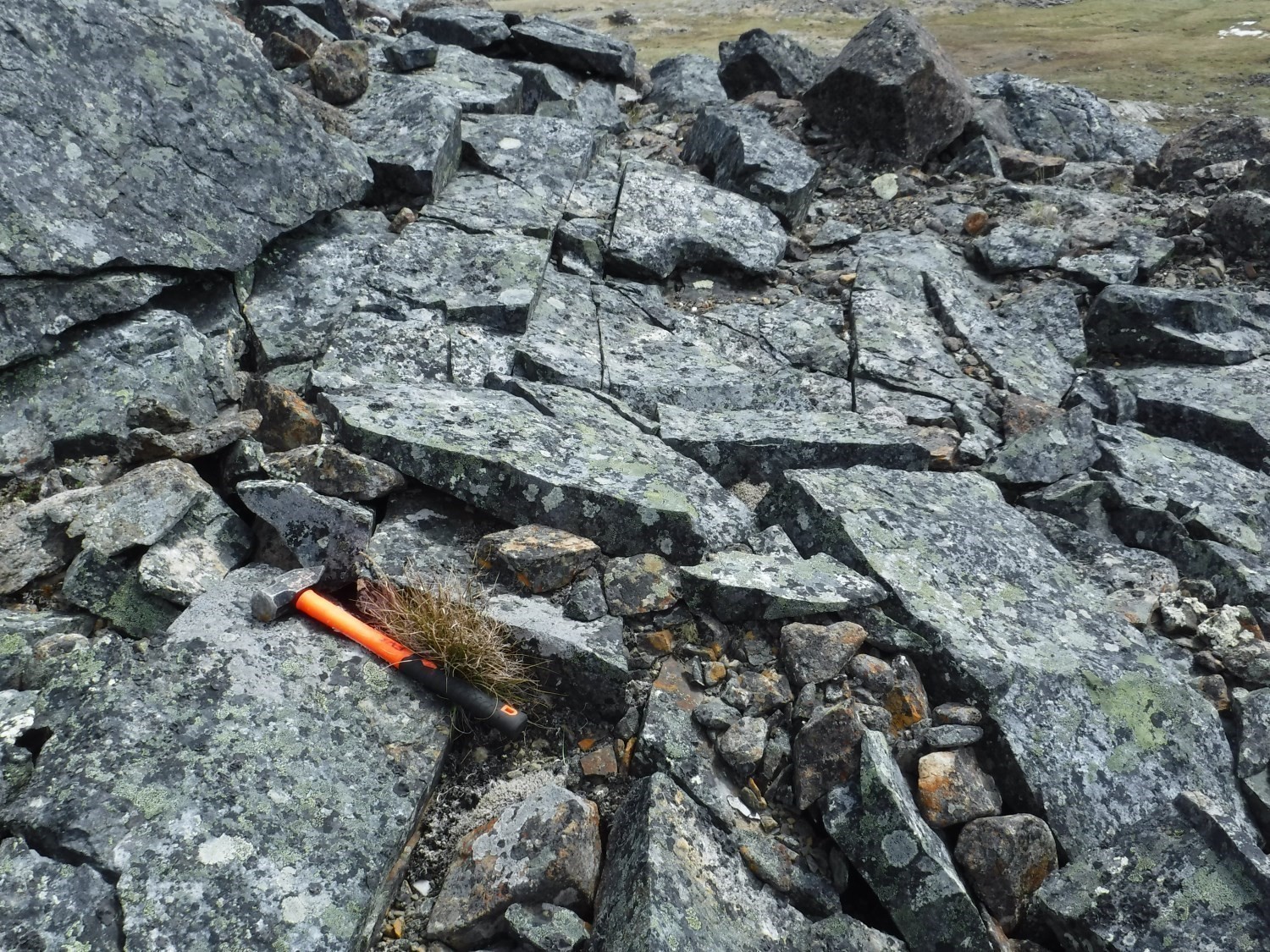 The Purtuniq Pluton was defined by Mathieu and Beaudette (2019) to individualize a kilometre-sized pluton belonging to the Cape Smith Suite. This suite was introduced by Taylor (1982) as a sequence of late intrusions of various natures (granitic to peridotitic). These intrusions occur throughout the Ungava Orogen, but mostly in the Northern Domain. 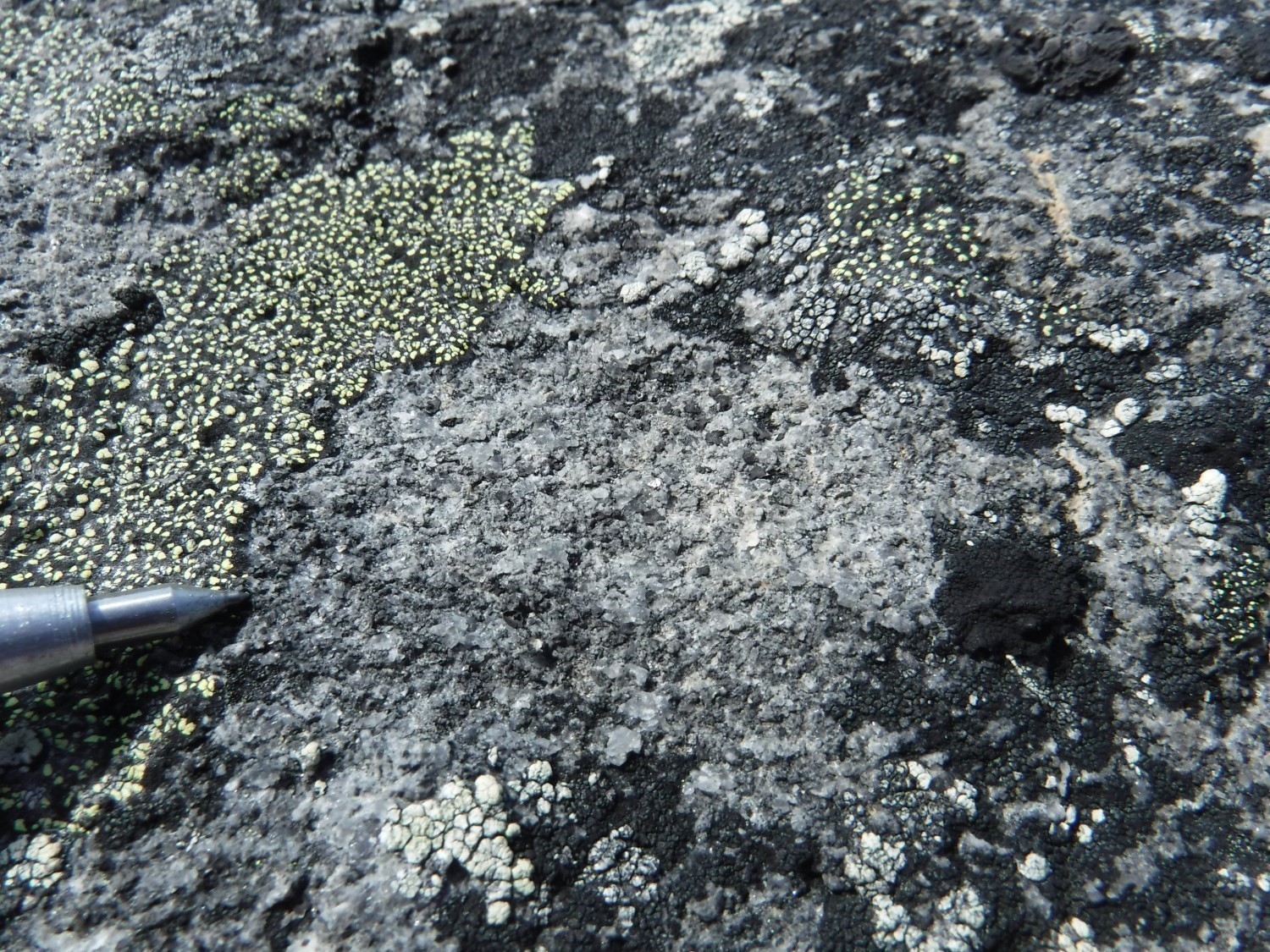 The Purtuniq Pluton consists of tonalite. It is easily recognizable by its dark grey patina that contrasts with brown-red Watts Group peridotite and very dark grey Spartan Group graphitic mudrock. The pluton is in positive relief and is exposed as continuous outcrops. Tonalite is homogeneous, massive, medium grained, hololeucocratic and not magnetic. The alteration patina and fresh surface are dark grey. Primary phases are quartz as isolated or interstitial anhedral grains (20-25%), tabular plagioclase (75-80%) and muscovite (trace-1%). Quartz exhibits undulatory extinction and fine edge recrystallization. Plagioclase has been replaced almost entirely, mostly by subhedral zoisite, and in lesser proportion by very fine sericite flakes. Chlorite veinlets and opaque minerals are locally observed.

The pluton covers an area of ~0.5 km2. The measured apparent thickness is 120 m. Rocks of the Watts Group have been thrust over the Spartan Group in the vicinity of Purtuniq Pluton outcrops.

The Purtuniq Pluton cuts metasedimentary rocks of the Spartan Group, as well as peridotite of the Watts Group. Crosscutting relationships are observed on outcrops 18-GM-5116 and 18-GM-5117.