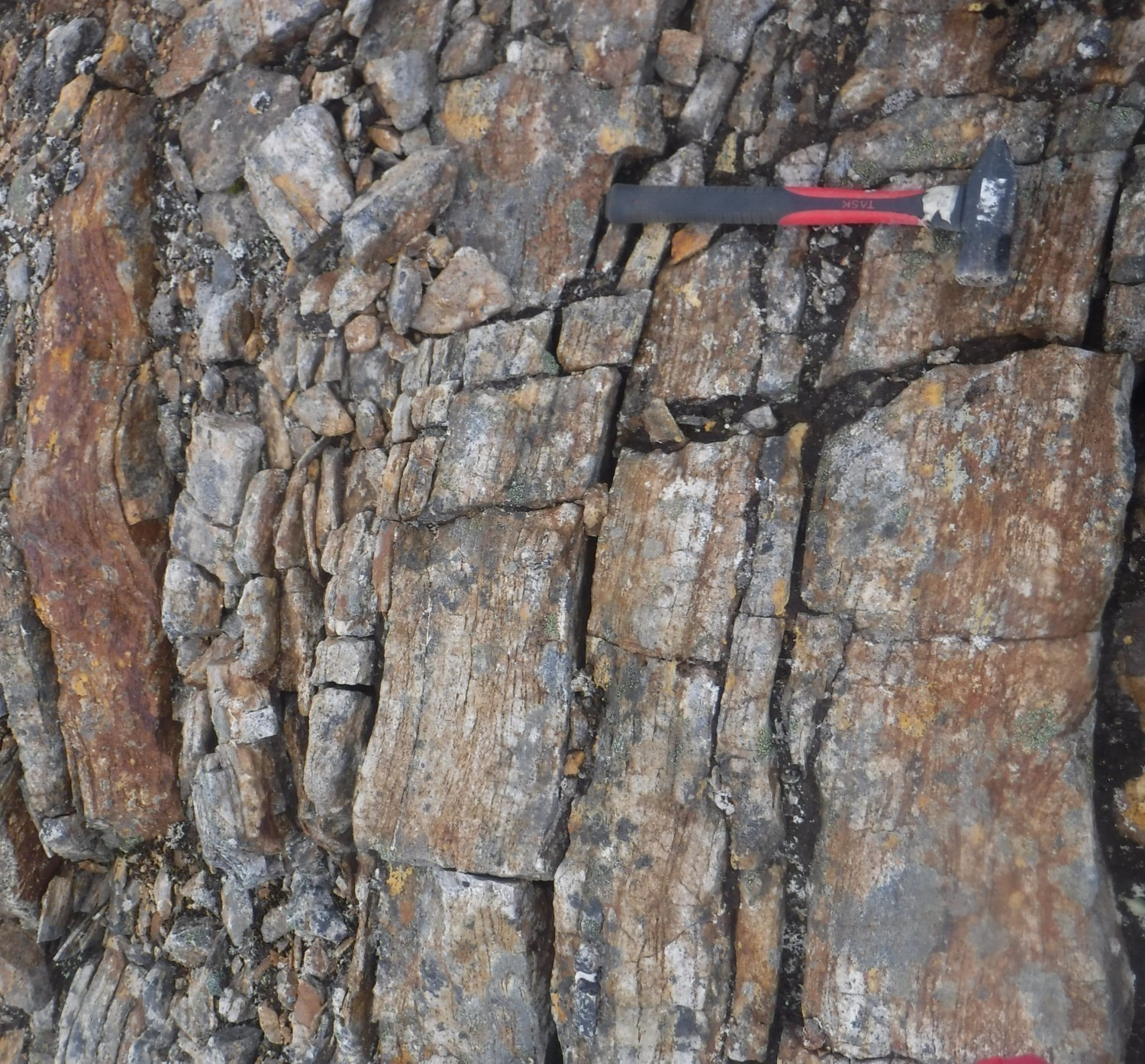 The Sugluk Group was defined by Lucas and St-Onge (1991) to describe kilometric strips of metasedimentary rocks distributed within the Narsajuaq Arc.

In the western part of the Narsajuaq Arc, recent geological mapping (Charette and Beaudette, 2018) has highlighted high-grade metamorphism affecting metasedimentary rocks, resulting in amphibolite facies and locally granulite facies paragenesis, the presence of partial melting evidence, and the loss of primary sedimentary structures. With regard to the North American Stratigraphic Code (1983, 2005), the Group rank becomes inappropriate. As a result, these highly metamorphosed rocks have been assigned to the Erik Cove Complex (Charette and Beaudette, 2018), which includes not only metasedimentary rocks, but also migmatites resulting from their melting, and related ultrametamorphic granite-type mobilisate.

The term Sugluk Group will tend to be abadoned as the Narsajuaq Arc mapping work continues.

Lucas and St-Onge (1991) incorporates in the Sugluk Group graphitic and sulphidic semi-pelitic metasediment strips locally interstratifed with pelite and quartzite units (locally arkosic) or, more locally, carbonate units (St-Onge and Lucas, 1992). Quartzite contains a large amount of magnetite and changes locally to iron formation (St-Onge, 1992). The predominance of semi-pelites and the scarcity of units characteristic of a platform environment suggest a relatively deep deposition environment.

Metasediments are dispersed throughout the Narsajuaq Arc and form strips of limited thickness.

Several detrital zircons and rutiles were dated using the U-Pb method in a quartzite sample taken north of Salluit Bay. The oldest zircon was dated >2545 Ma, while the youngest gave an age of 1830 ±3 Ma (Parrish, 1989). These ages indicate that the source area of Sugluk Group metasediments is diverse (Archean and Paleoproterozoic) and that the maximum age of deposition is 1830 Ma. However, Parrish (1989) and St-Onge et al. (1992) point to the inconsistency of this date with events of late intrusion and metamorphism to the granulite facies  affecting the Sugluk Group and that were dated approximately 1835 to 1820 Ma. A coolding age of 1719 Ma was obtained by Bracciali et al. (2013) on rutile grains from the same Sugluk Group quartzite sample. This age suggests a long period of cooling following collisional metamorphism of the Ungava orogenesis.

Metasedimentary rocks of the Sugluk Group occur as klippes in granulitic units and intrusive suites of the Narsajuaq Arc. They are interpreted as deep-water deposits emplaced on the edge of an island arc complex. Geochronology of the Narsajuaq Arc units suggests a rapid burial of sediments likely as a result of overthrusting of units of various intrusive arc suites around 1830 Ma (Parrish, 1989; St-Onge et al., 1992).