The Gamelin Enderbite was recognized during the Ministère’s fieldwork in 2017 as part of a regional synthesis of Southeastern Churchill Province (Lafrance et al., 2018). It consists of three small orthopyroxene intrusions in the southern Baleine Lithotectonic Domain. Only one was observed in outcrops with the other two being interpreted from aeromagnetic maps by their strong magnetic anomalies. Taner (1964) had mapped this area as a complex of metamorphosed rocks and more recent intrusive rocks. 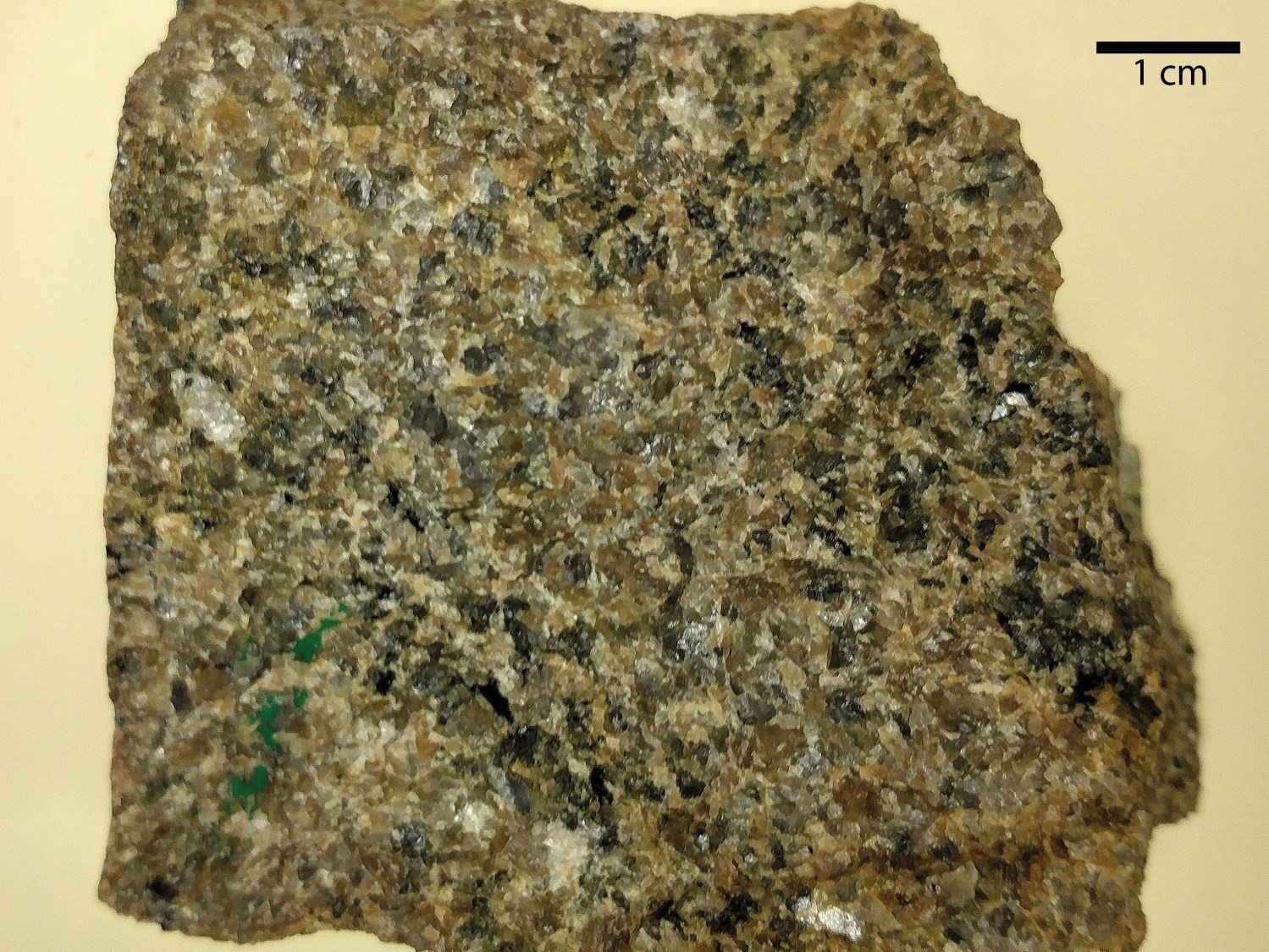 The Gamelin Enderbite is brown with a lighter brownish beige alteration patina. It is magnetic, medium to coarse grained and massive. In places, enderbite is pegmatitic. The rock consists of ~5% ferromagnesian minerals (biotite and orthopyroxene) disseminated as fine crystals or in small centimetric clusters.

The Gamelin Enderbite forms three restricted intrusions inside the Griffis Complex, in the southern Baleine Lithotectonic Domain (Lafrance et al., in preparation). The size of these intrusions ranges from 1 to 8 km2, for a total area of 14 km2.