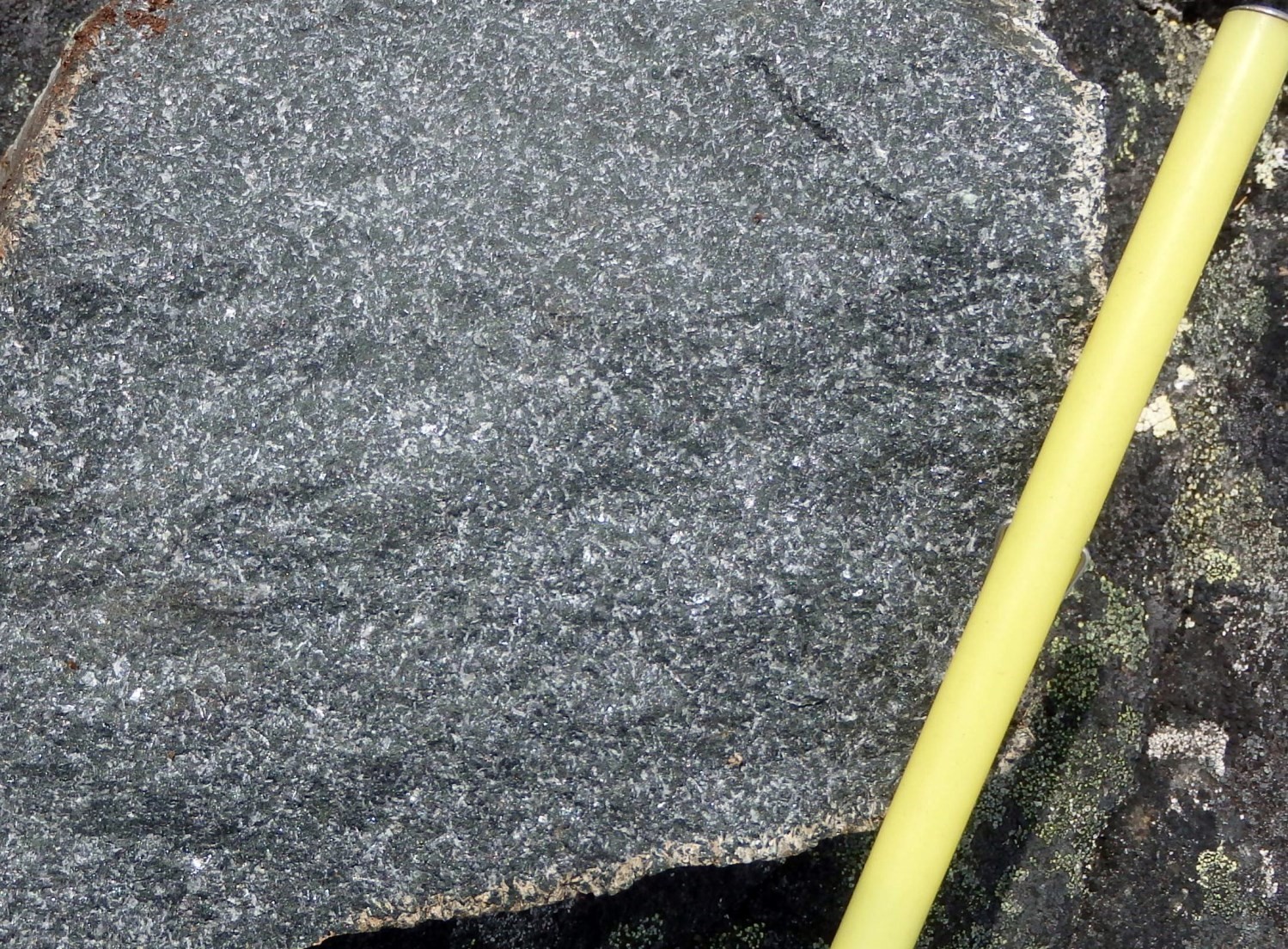 Gabbro dykes are magnetic and fine grained. Chilled margins were observed on a few outcrops. Gabbro contains millimetric euhedral to subhedral plagioclase laths and 50-65% millimetric ferromagnesian mineral grains and clusters. Although the subophitic texture is very well preserved, there is locally initial recrystallization with the formation of subgrains at the edge of plagioclase crystals. These rocks have also undergone moderate alteration characterized by plagioclase saussuritization and clinopyroxene uralitization. Ferromagnesian minerals consist of a fine-grained mix of green hornblende and actinolite with clinopyroxene remains in the core of amphibole clusters. Opaque minerals, mainly magnetite, are present in large amounts (up to 5%) and epidote is consistently present. Small amounts of apatite, quartz, garnet and sphene were also observed in some thin sections.

Gabbro dykes outcrop for less than 1 km long and are decimetric to hectometric in thickness. They are mainly oriented NE-SW to N-S. These dykes, of which there are four, were only observed as intrusions in the Nekuashu Suite in the NW part of the Mistinibi-Raude Lithotectonic Domain (Charette et al., 2019). They cover a total area of ~1 km2.

The Slanting Dykes were not dated. Their spatial association with the Nekuashu Suite suggests that this could be a late phase associated with this Neoarchean suite. However, the absence of foliation, even along the Rivière George Shear Zone, indicates that these dykes are much more recent.