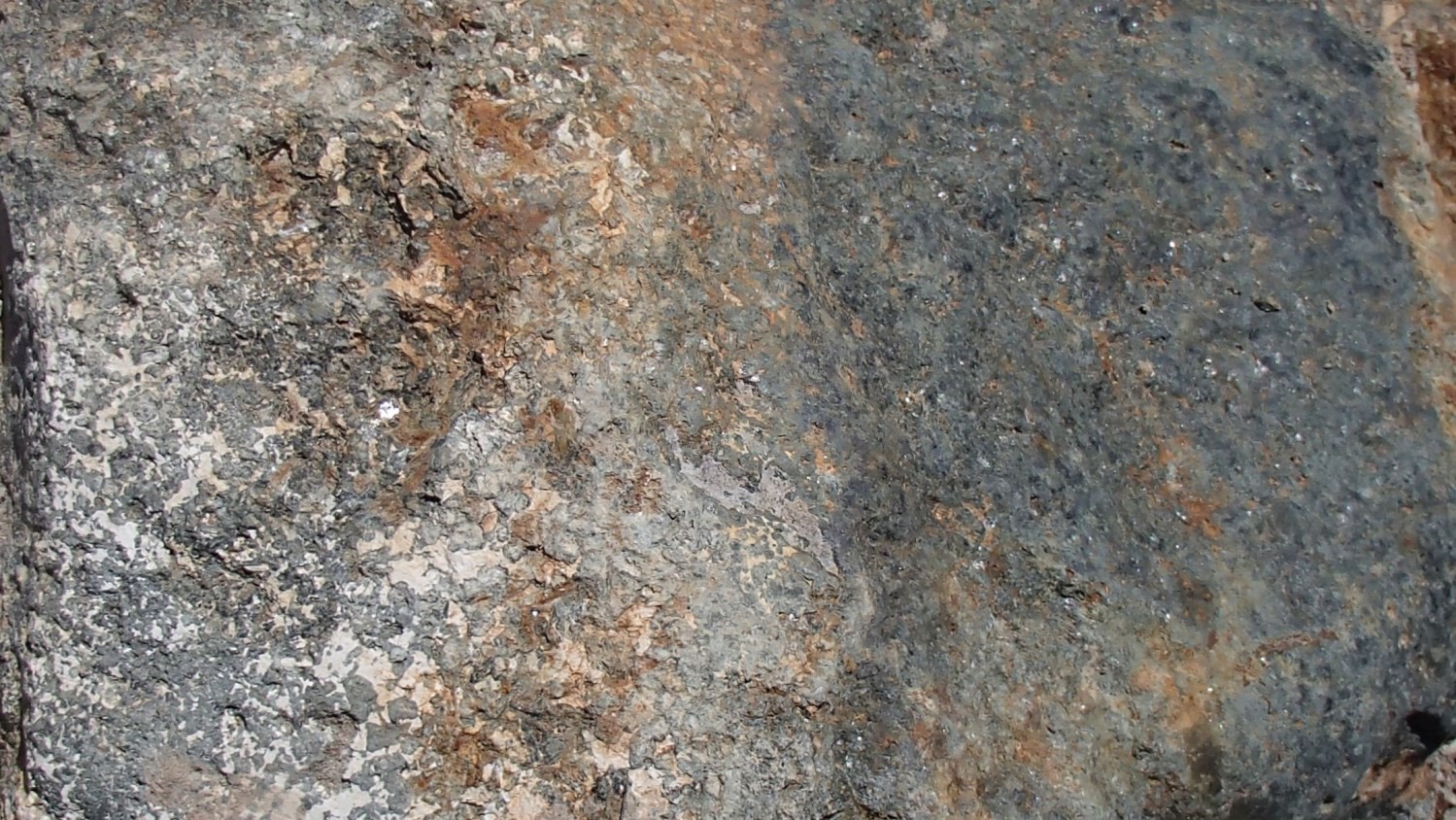 This unit was originally described as the « Rocher-Kenonisca Massif » by Franconi (1974) in his report on the mapping of the western part of the Frotet-Evans volcano-sedimentary band. It has been renamed « Rocher-Quénonisca Intrusive Suite » by Brisson et al. (1998) during mapping of the Rocher Lake area (NTS sheet 32K09). Adding the Whitefish Intrusion (nAwf) and the Rocher Intrusion (nAlrc) as lithodemes in the Rocher-Quénonisca Intrusive Suite is proposed as a result of Leclerc and Caron-Côté (2017) field work and compilation.

The Rocher-Quénonisca Intrusive Suite consists of two formal lithodemes: 1) the Whitefish Intrusion (nAwf), characterized by purple gabbros and monzonites, and 2) the Rocher Intrusion, composed of peridotite, plagioclase peridotite, pyroxenite and purple gabbro. The suite also includes a peridotite intrusion (nArok) with a diameter of less than 1.5 km that has been recognized in drillholes (Rhéaume, 1999; Turcotte and Tuchscherer, 2013).

The Whitefish Intrusion forms an NE-SW oriented band just over 25 km long by 1.5 to 5 km wide which cuts tonalities of the Salamandre Intrusive Suite and volcano-sedimentary rocks of the Rocher Complex. The suite also includes the Rocher Intrusion and a small peridotite intrusion less than 1.5 km in diameter. These two intrusions, clearly visible on aeromagnetic maps, are located on the edge of the Nipukatasi Massif (NTS sheet 32K09).

Analysis of a sample of massive, homogeneous and granophyric bird’s eye gabbro coming from a drill hole made in the Rocher Intrusion gave a crystallization age (TIMS, U-Pb on zircons) of 2703 +7/-4 My (Bandyayera and Sharma, 2006).