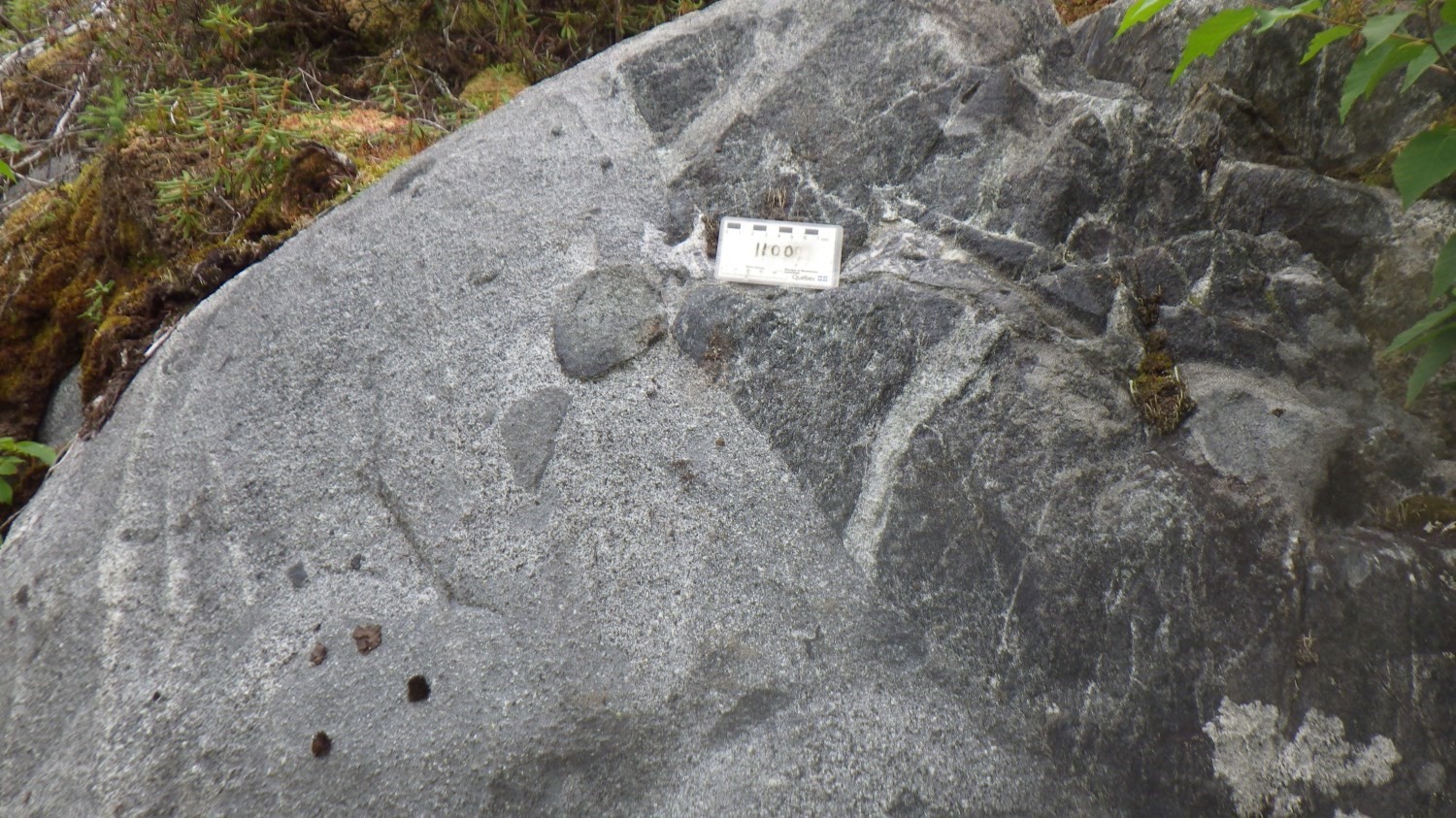 The Poncheville Intrusive Suite includes four intrusions. Three intrusions are respectively located southwest, south and east of Poncheville Lake and a fourth intrusion is located southwest of Rocher Lake. The intrusion south of Poncheville Lake is composed of gabbronorite and pyroxenite. Fine to medium-grained gabbronorite is massive with a dark green patina and a fresh green to brown color. It is composed of fresh plagioclase and pyroxene characterized by a rim of hornblende and biotite. Apatite and magnetite are present in smaller amounts. Massive pyroxenite is typically coarser than gabbronorite. Its patina varies from dark green to black. Pyroxenes are uralitized and some crystals are completely replaced by talc with disseminated magnetite along cleavage planes and at the rim of grains. Biotite is present in traces. 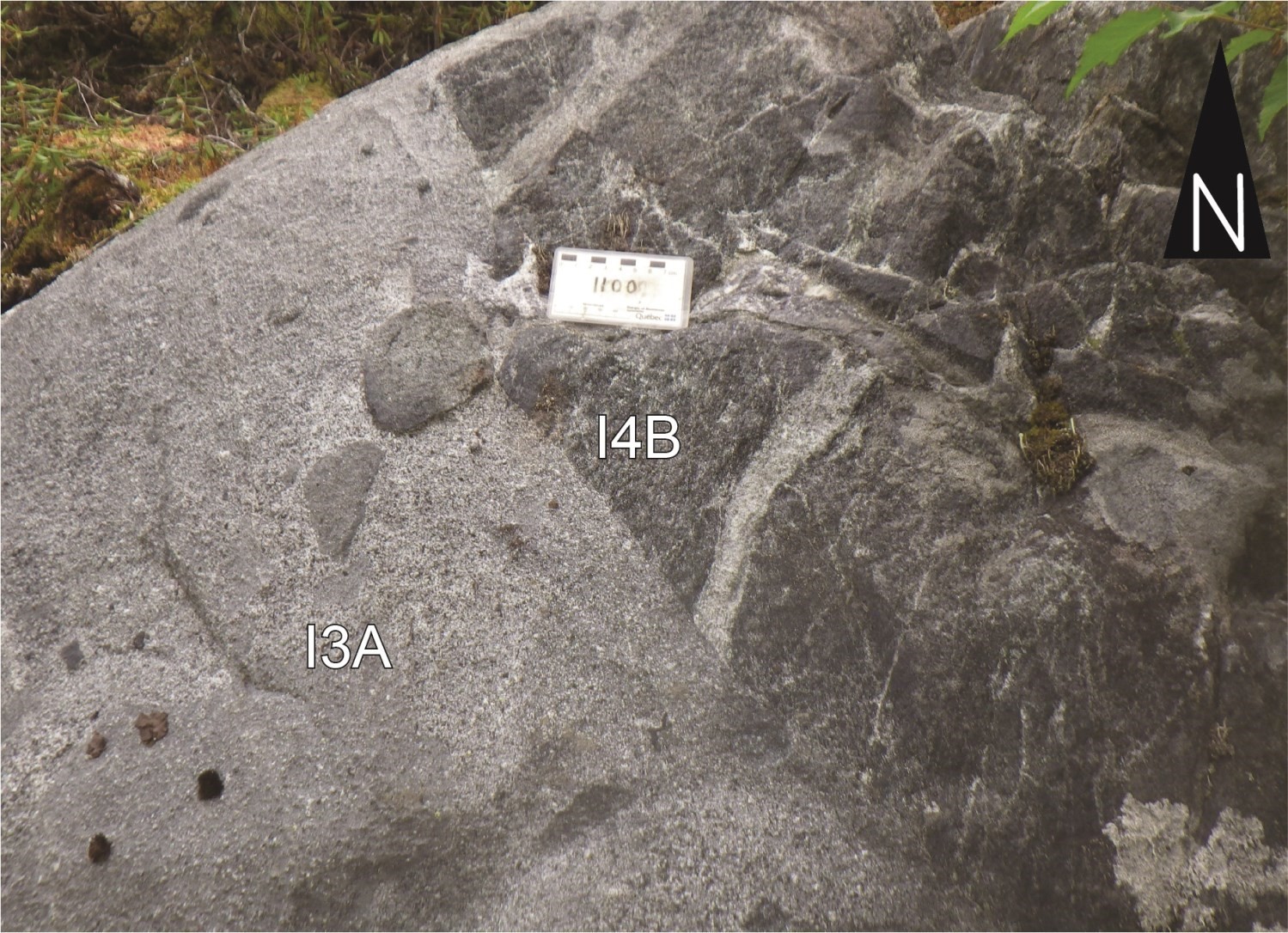 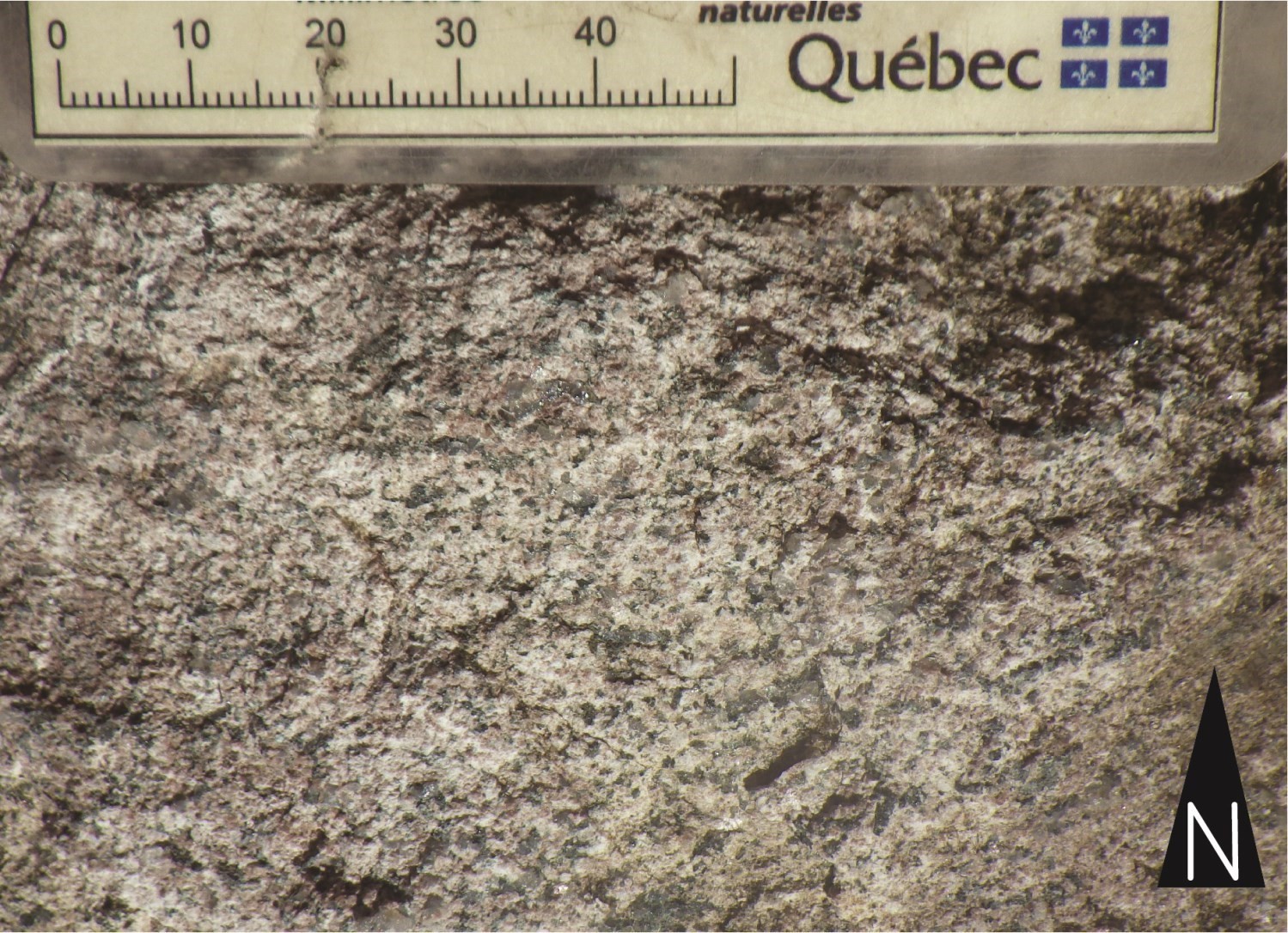 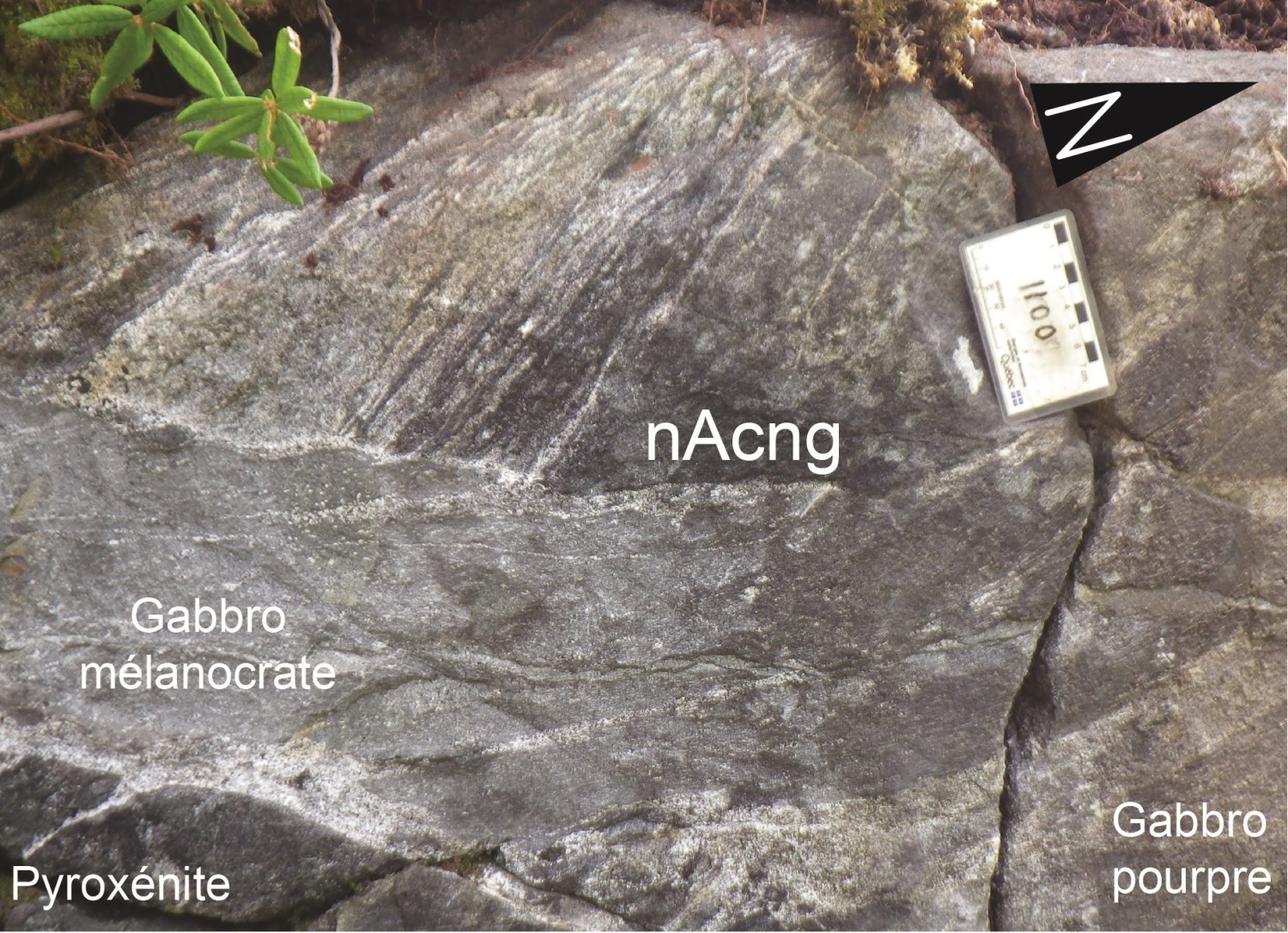 The third intrusion located southeast of Poncheville Lake was only visited on the shores of the lake. It is composed of foliated gabbro, medium or coarse-grained. Sericitized and epidotized plagioclase appears in positive relief. Hornblende fills interstitial space in negative relief.

The last intrusion to the southwest of Rocher Lake contains norite, gabbro, diorite and quartz diorite. Medium-grained norite is homogeneous with a beige brown patina and a dark gray color on a fresh exposure. It is composed of plagioclase and orthopyroxene which develop a granoblastic structure. The rough alignment of these minerals defines a week foliation. Glomeroporphyritic gabbro, leucocratic diorites and medium-grained leucocrate quartz diorites are composed of hornblende, biotite and magnetite. They constitute the dominant facies of this intrusion.

Rocks of the Poncheville Intrusive Suite still exhibit primary magmatic structures, such as bedding and flow structures, despite deformation and metamorphism. Bedding generally consists of an alternation of gabbro and decametric pyroxenite. Magmatic flow structures were observed on a pyroxenite outcrop. Gabbros and diorites contain pyroxenite xenoliths, but are also cut by centimetric to decametric gabbroic and pyroxenitic intrusions, which could indicate that the magma chamber has been repeatedly supplied with liquids of primitive composition.

The Poncheville Intrusive Suite consists of four multi-kilometer ovoid intrusions aligned along a NE-SW axis and spread over a distance of 60 km. Intrusions areas range from 10 to 25 km2, for a total area of about 65 km2.

Outcrops at the edge of the intrusions located south and SW of Poncheville Lake expose the intrusive contact of pyroxenites and gabbros with dioritic gneisses of the Chensagi Suite (nAcng). In the contact zone, pyroxenites and gabbros are brecciated and intruded by a granitic pegmatite. The fourth intrusion southwest of Rocher Lake cuts banded hornblende tonalites of the Salamander Intrusive Suite (nAsam2c).