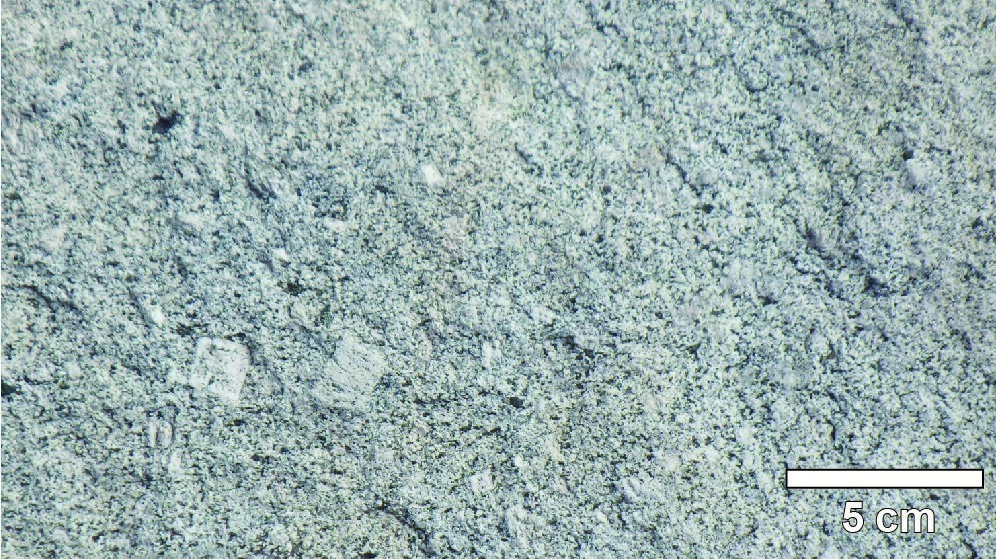 The Chevrillon Pluton was first described by Sabourin (1956) and named in Boudreault’s (1977) report describing the eastern part of the Blaiklock Township. 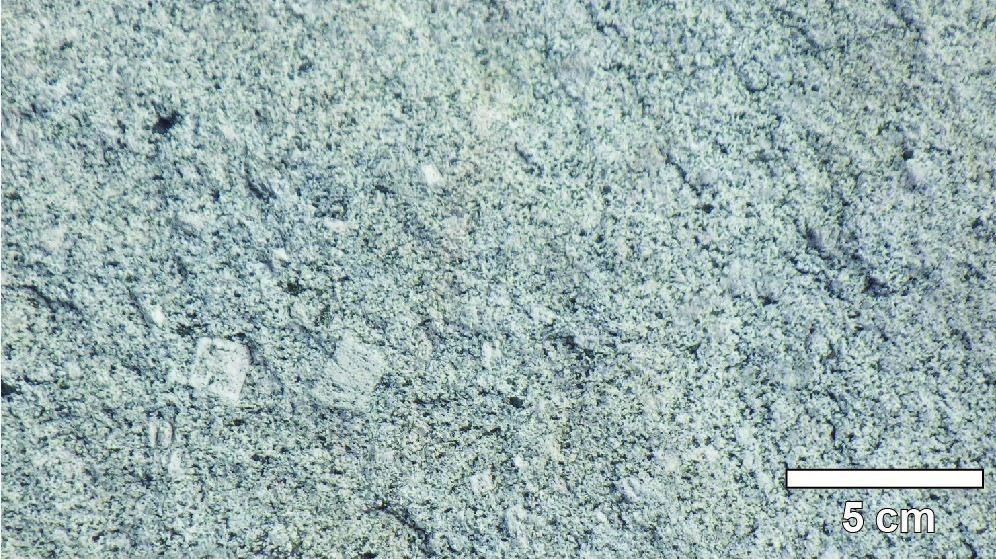 Granodiorite and monzonite are massive and whitish to whitish pink. They are characterized by the presence of centimetric zoned K-feldspar phenocrystals, millimetric to decimetric enclaves of volcanic rock and gabbro (both amphibolitized) and numerous hematitized joints. In thin section, microcline phenocrystals are found in a medium-grained matrix consisting of microcline, zoned plagioclase, quartz (scarce in the monzonitic facies) and accessory biotite, chloritized hornblende and epidote (Duquette, 1982). The Chevrillon Pluton has a contact metamorphic aureole estimated at 1.6 km wide and characterized by the presence of hornblende in mafic volcanic rocks of the Bruneau Formation (Duquette, 1982). Three granodioritic and monzonitic intrusions to the north and west of the Chevrillon Pluton could be satellite plutons of the latter. However, they do not contain phenocrystals and are slightly foliated.