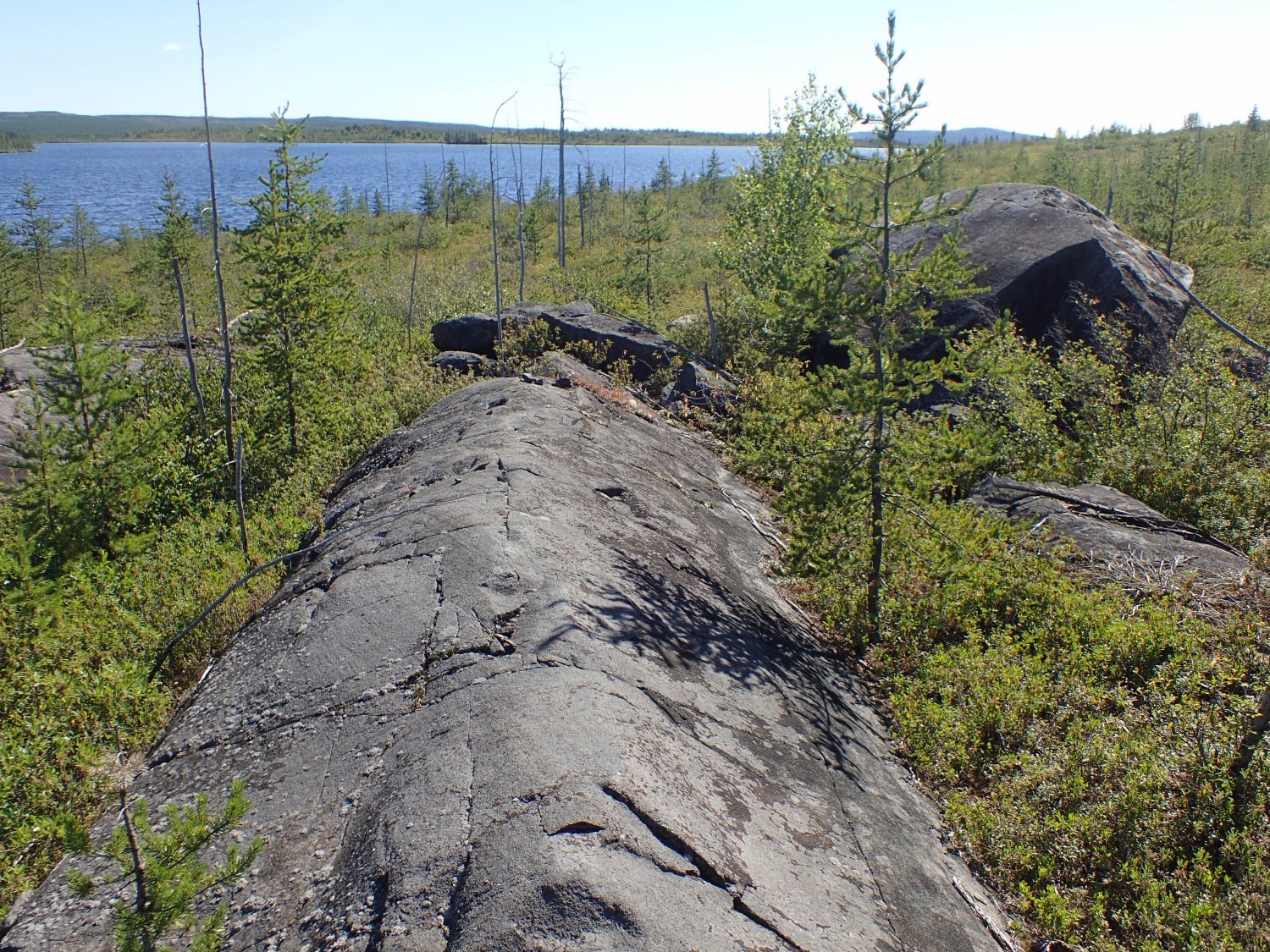 The Canadian Shield diabase dyke swarms have been the subject of several works. The Matachewan Dyke Swarm is a family of diabase dykes that cuts the Canadian Shield north-south, first identified in the Matachewan area (NTS sheet 041P15). This dyke swarm was the subject of paleomagnetic (Fahrig et al., 1965), geochemical (Condie et al., 1987; Buchan et al., 2007) and geochronological (Fahrig and Wanless, 1963; Gates and Hurley, 1973; Heaman, 1997) studies. 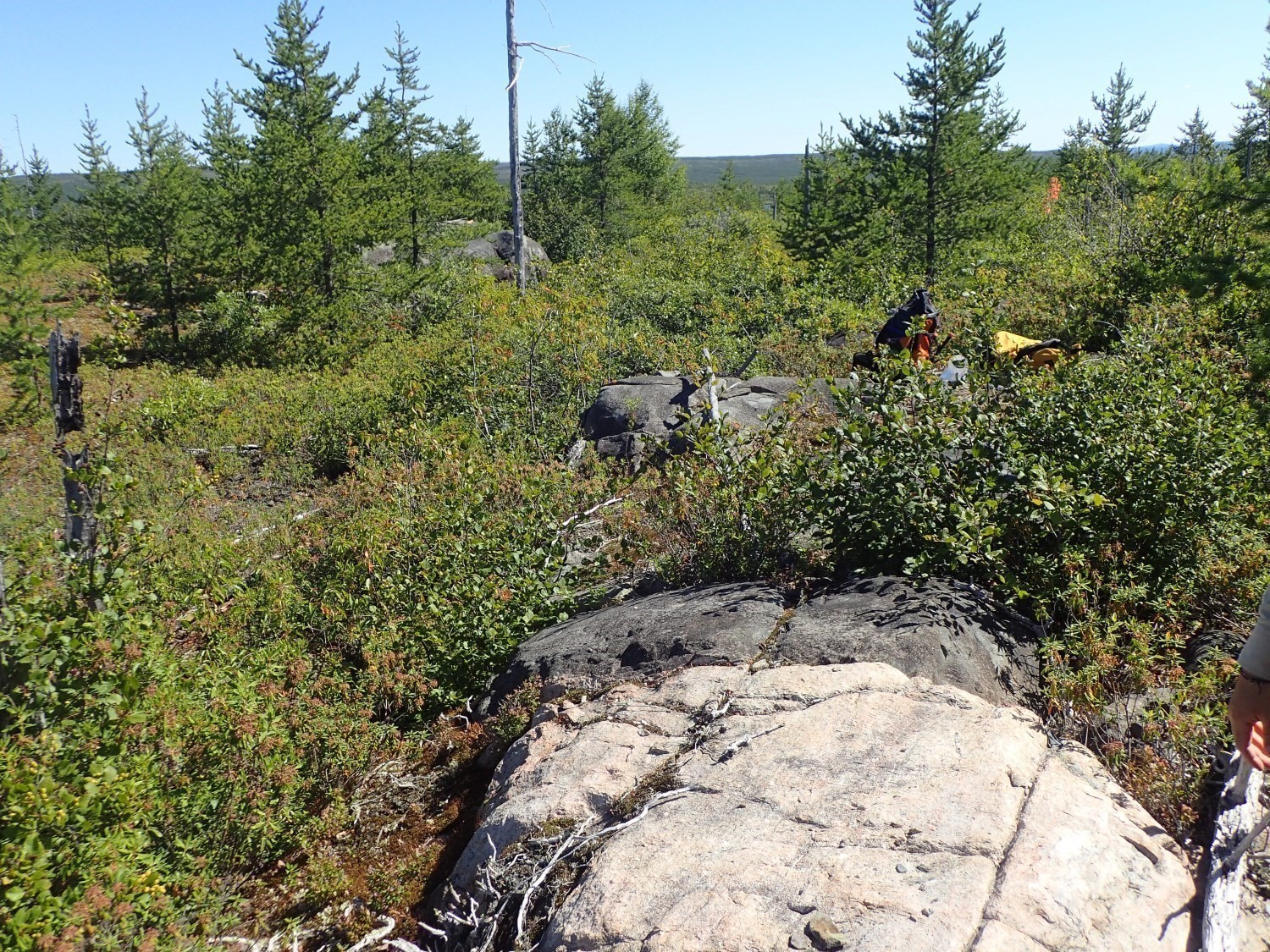 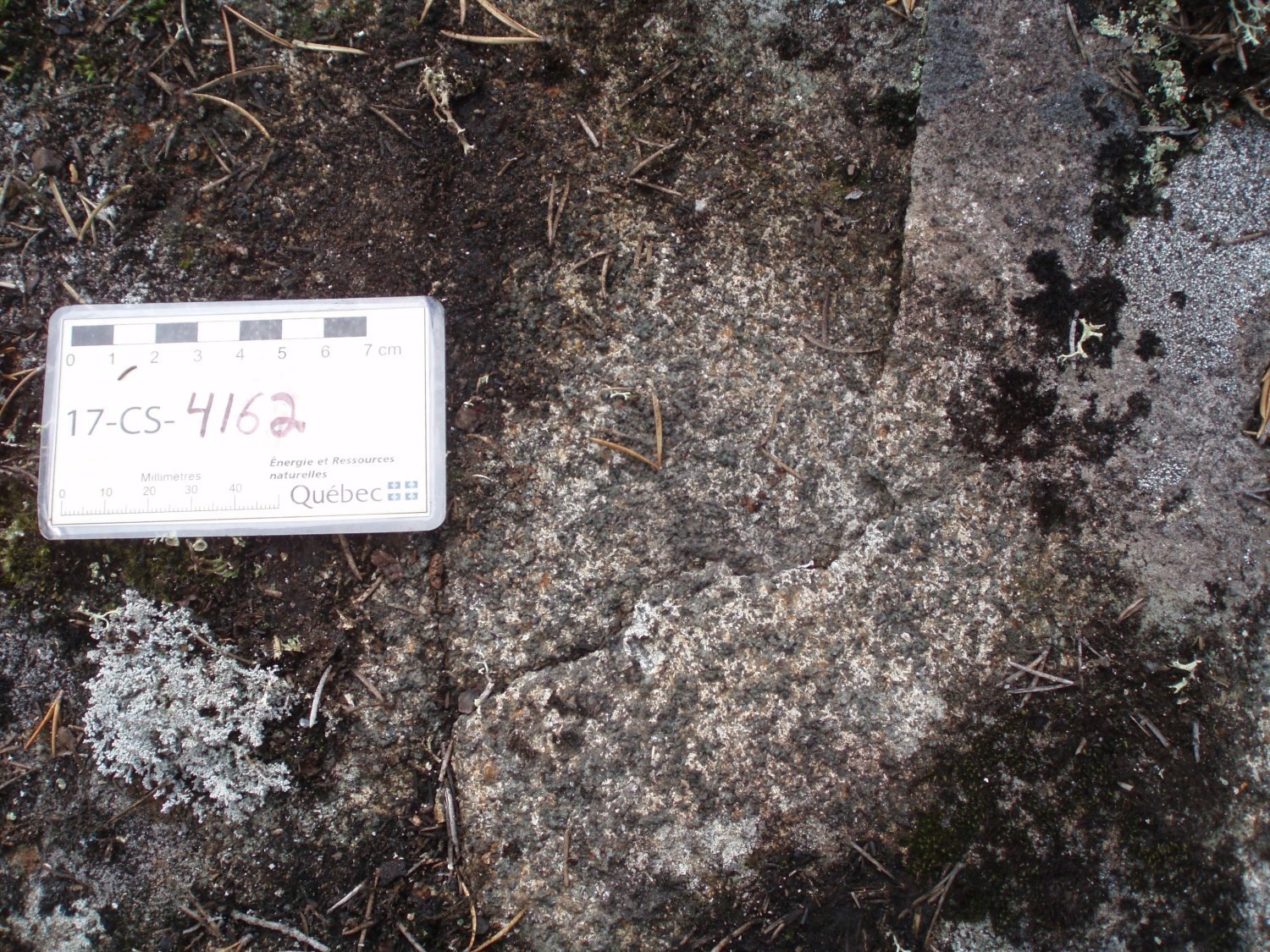 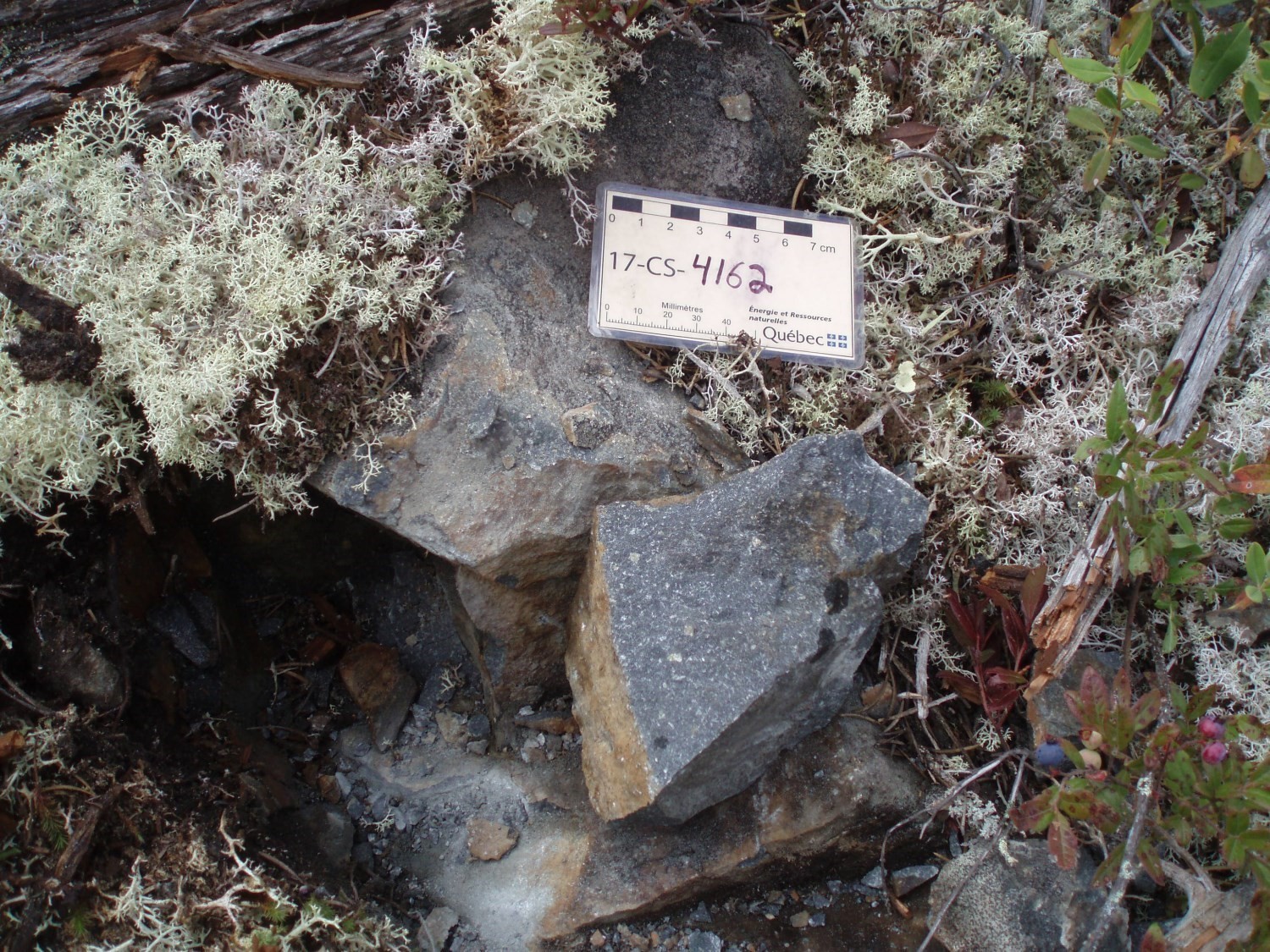 Dykes are characterized by a positive relief and a positive linear aeromagnetic anomaly. They are clearly visible on aeromagnetic maps because of their high magnetic susceptibility. They are not deformed and cut structural grain at high angles. The thickness of these dykes ranges from a few metres to a few tens of metres. The rock is brownish or orange-beige in altered surface and dark green to bluish grey in fresh exposure, massive and highly magnetic. The narrow dykes, along with contact margins of the thickest dykes, look like fast cooling zones and show thin plagioclase needles in an aphanitic matrix. There is an increase in grain size from the border to the centre of the dykes. The central part of the dykes, which is gabbroic to gabbronoritic, is medium to coarse grained to porphyritic. One of the main characteristics of the Matachewan Dyke Swarm is the porphyritic texture (plagioclase phenocrystals). Ophitic or subophitic texture is also often observed. The rock is composed of euhedral plagioclase laths whose interstitial spaces are filled by slightly chloritized pyroxene, as well as by an assemblage of magnetite, pyrite, chlorite, apatite and rare flakes of biotite.

The Matachewan Dyke Swarm is difficult to distinguish from the Lac Esprit Dykes because both have a north-south orientation. Buchan et al. (2007) were able to differentiate them through paleo-magnetic, geochemical and geochronological data.

The map of Buchan and Ernst (2004) shows the distribution of all diabase dyke swarms in Canada. The Matachewan Dyke Swarm is located in the south and centre of the Superior Province (Quebec and Ontario). Specifically, they are found in the Abitibi, Opatica, Nemiscau, La Grande, Pontiac, Wawa, Quetico and Wabigoon subprovinces. Some of these dykes can be followed over 500 km. In the Rodayer Lake area (sheets 32K13, 32K14, 32N03 and 32N04), these dykes can be up to 60 m thick (Bandyayera and Daoudene, 2017).

The Matachewan Dyke Swarm cuts the southern and central Archean rocks of the Superior Province.