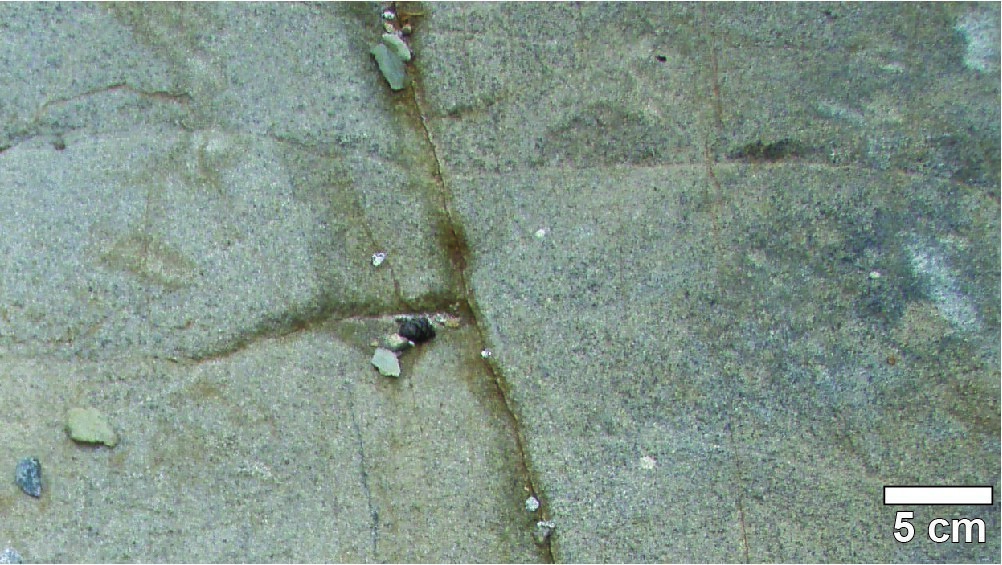 The Poudingue dyke was initially recognized by MacIntosh (1977) and informally named by Charbonneau et al. (1991). Since then, other dykes with the same orientation and located in the same area have been assigned to this swarm (Leclerc and Daoudene, in preparation).

The Poudingue dykes consist of medium-grained gabbro that form linear hills resistant to erosion. Thin-section samples of MacIntosh (1977, p. 86) are composed of 50% clinopyroxene, 40% labradorite, 5 to 10% opaque minerals, 1% leucoxene, 5% amphibole, and 1 to 5% quartz. Plagioclase is saussuritized and clinopyroxene is chloritized and amphibolized.

The Poudingue dykes cut volcano-sedimentary rocks of the Roy and Opémisca groups. They also cut the Eau Noire, Moraine, Deux Granites and Guettard stocks, as well as the Abitibi Dykes. It would therefore be the youngest dykes identified in the area northwest of Chapais.