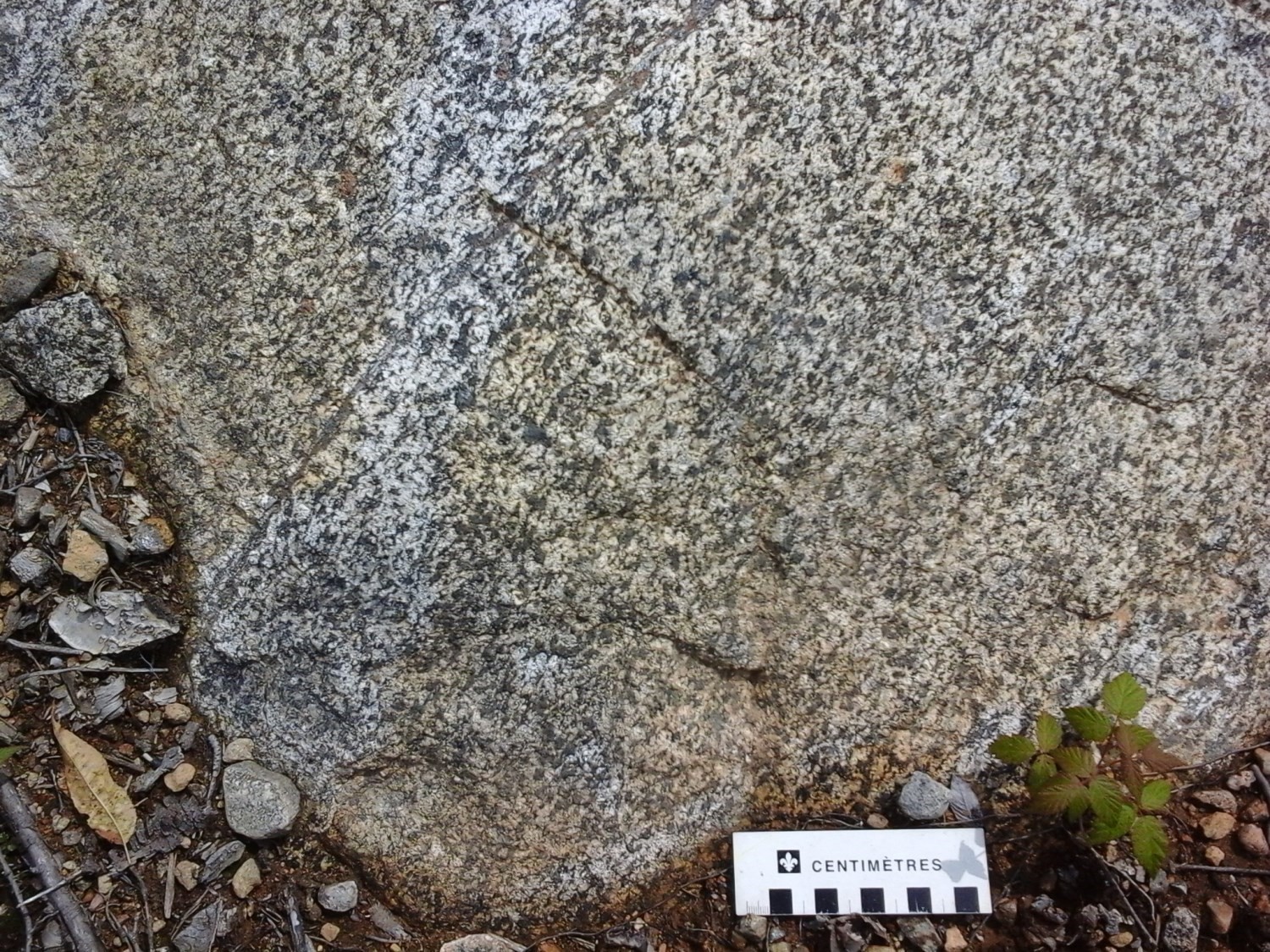 The Catherine Granite is a kilometric intrusion located in the west-central Borgia Lake region, described by Perreault (1992) in the south of NTS sheet 31P16 and Nadeau et al. (1997) in the north of sheet 31P09. This granite was reinterpreted and redefined following observations by Moukhsil and Côté (2018). 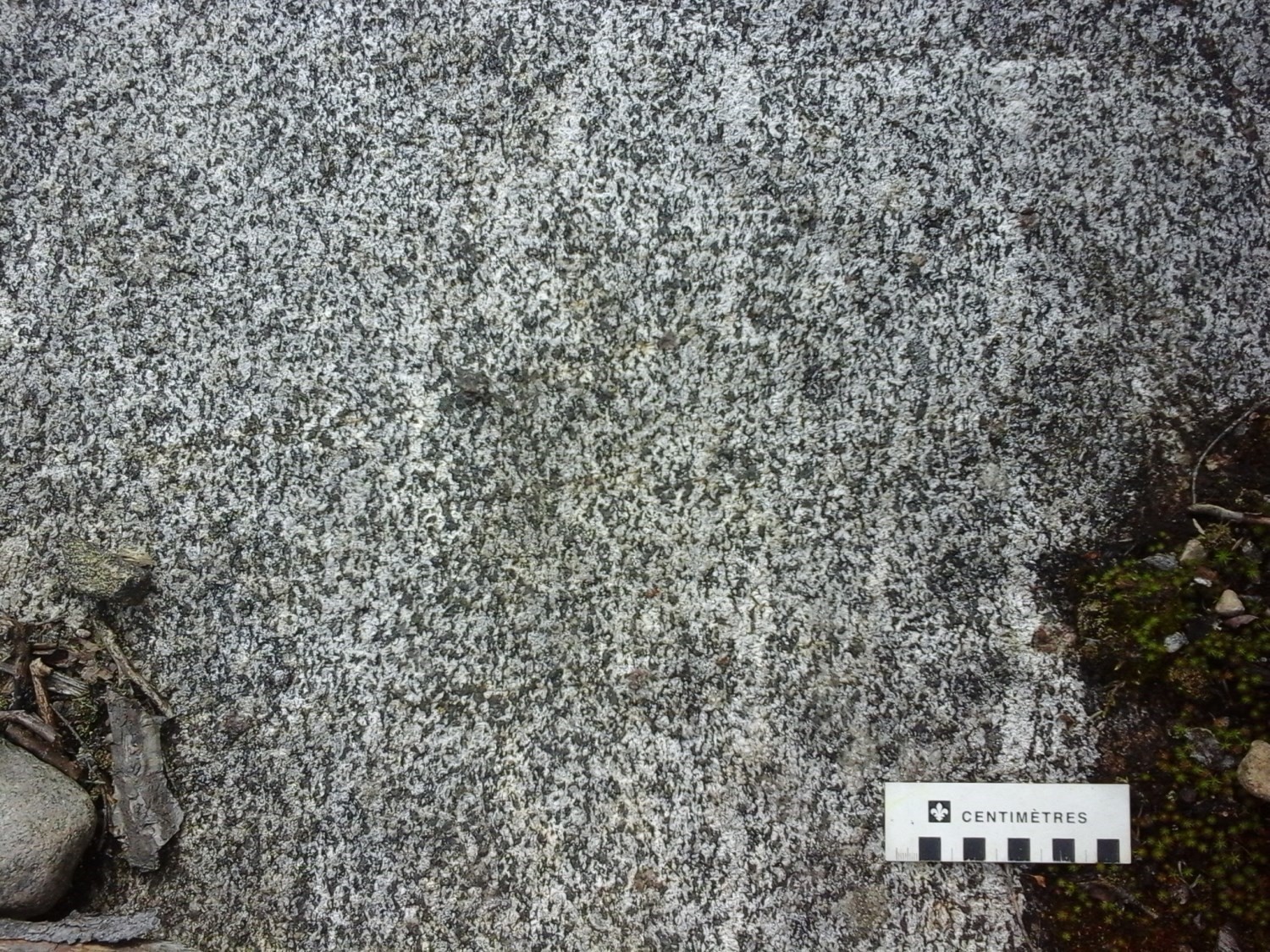 The Catherine Granite consists of syenogranite, monzonite with (mangerite) or without orthopyroxene, and quartz monzodiorite. All these lithologies are medium to coarse grained, magnetic, foliated and locally K-feldspar porphyritic. Syenogranite contains K-feldspar, plagioclase and large quartz zones. Ferromagnesian minerals are represented by hornblende, biotite and trace orthopyroxene, while zircon and apatite (small inclusions in biotite) are accesory minerals. 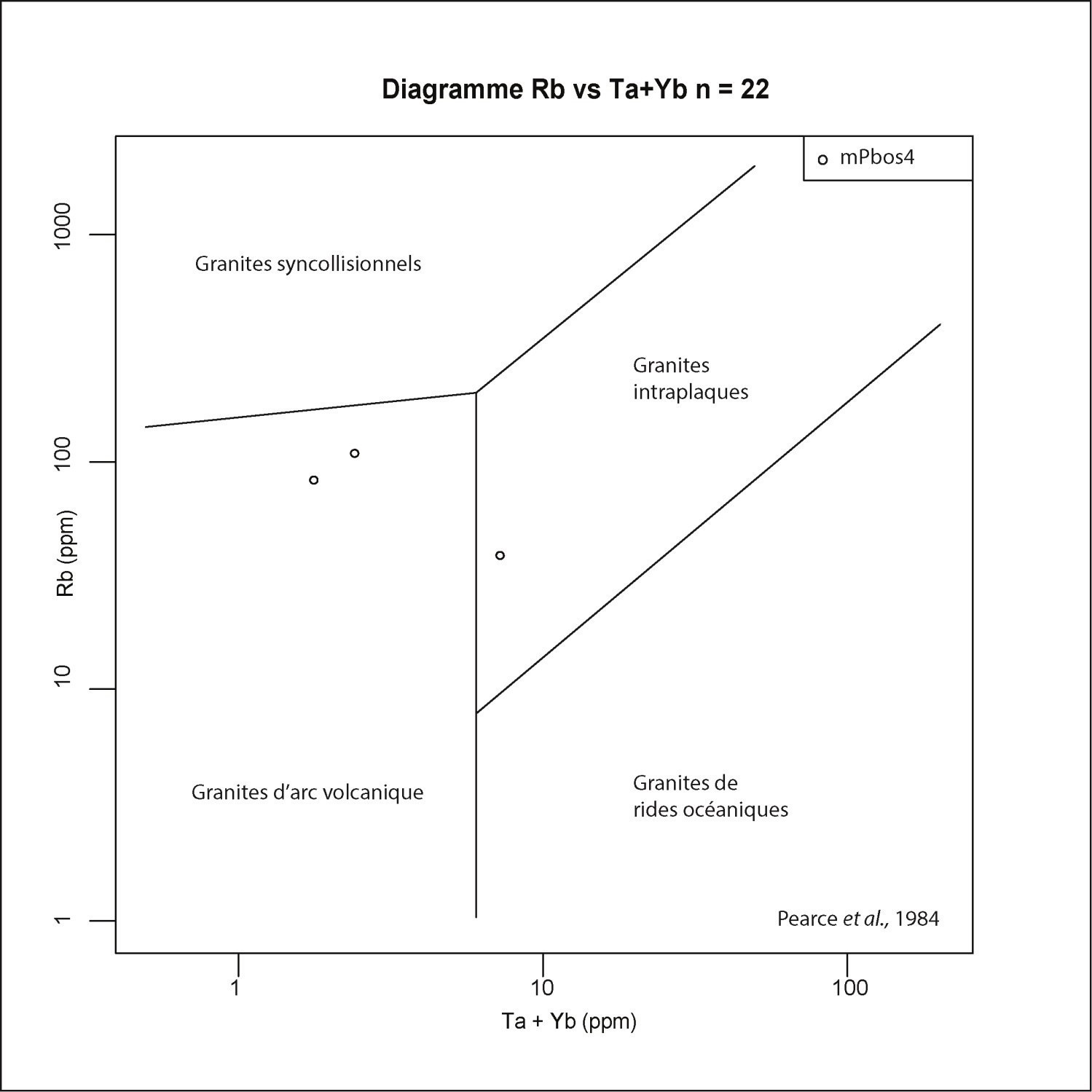 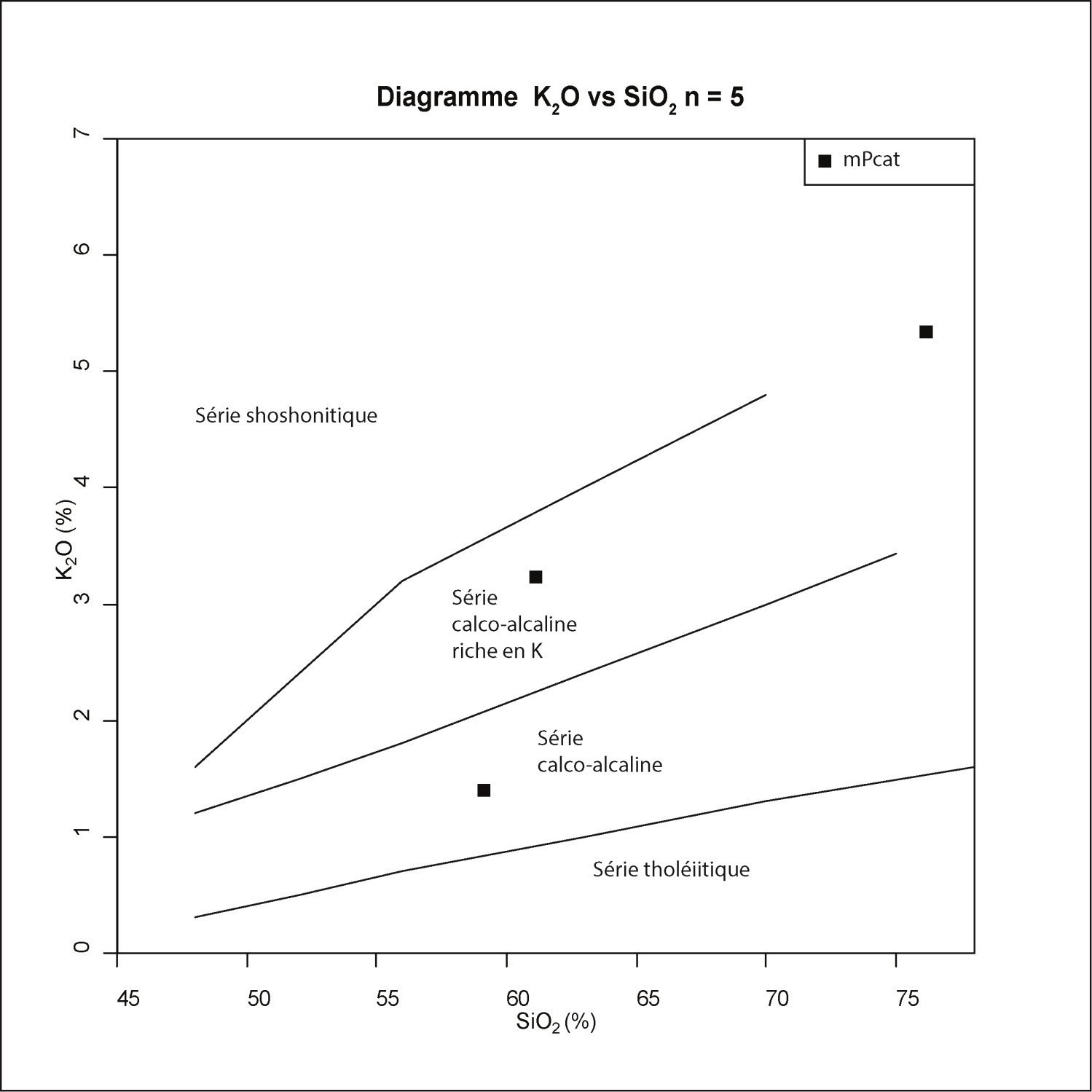 From a geochemical perspective, rocks of the Catherine Granite are intermediate to felsic with SiO2 contents ranging from 58.46 to 74.58%. This intrusion, which is calc-alkaline to K-rich calc-alkaline in affinity (Peccerillo and Taylor, 1976), overlaps the fields of volcanic arc granites and intraplate granites (Pearce et al., 1984).

The Catherine Granite is located in the south of NTS sheet 31P16 and extends into the northern portion of sheet 31P09.